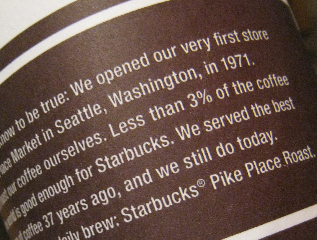 On the 20th, last month, I’d connected with a friend, Tim Lauren, to explore the Store One | Starbucks, Pike Place Market. We’d met, examining, talking about brand management and experience planning. Tim comes from the space of experience design innovations, from a string of efforts in Symrise, the scent and flavor group based in Europe. My first link to Symrise was Roger Schmid, another extraordinary innovator and experience explorer, who also comes from a sequence of inventive explorations in this group — studying the concepts of synaesthesia and human brand experience. The mastery of scent is part of what is at the heart of the Starbucks challenge. Roger and I’ve been examining this idea — how does scent figure holistically in the memory of experience development? That can be for brands. That can be for people. That can be for fragrance designers. Product development. People that are simply connected to studying experience in relationship to their lives — what impacts them?

Here’s what I was thinking, anyway — Go home and start over. Look at the heart and get back to it:

Who cares about Starbucks? What happened to the story? What branding strategy, burgeoning out to multiples of 1000s of stores (and hopeful stories) has lead to the difficulties that are in play?

And what about scent — what’s the deal there? There’s an edict in play stating that the toasted hyper-heating of the breakfast sandwiches wrongly blasts the coffee experience. “Stop that“, according to Howard. “Phase it out, kind of quietly,” say the teams that are listening to customer complaints.

What about the people, what do they think — do they care? Is there something contrary about peppered bacon and egg and a richly flavored scent of well-made coffee. I think, actually, that a lot of people will be less than happy about that. Really, is that the challenge?

I’d say that this is the least of it — it’s more about the emerging complexity of all the challenges, all at once. I believe that this, in a way, is why there’s so much of a tornado effect — it’s all happening simultaneously because it’s all been forgotten. All right, that’s overstating it — but, there is a disconnection. And those relationships need to be renewed.

The choosing, the consumer choice — has been changed. Crystallizing the clear, Howard Schultz intones: “I think it’s hard for people to understand—is that the headwind of the economy is very, very tough. Every consumer brand, every retailer, is under significant pressure. So it’s really hard to separate the challenges every company has from what’s going on in terms of consumer confidence. For example, mall traffic in America is down in consecutive months between 9% and 10%. It’s very difficult to manage through that. But the job of every retailer and every merchant is to put yourself in the shoes of the customer and ask yourself: Are you exceeding their expectations? That’s what we have to do as a business.”

Howard seems to agree — “we have to do everything we can to demonstrate to our customers that Starbucks is an affordable luxury. We have to surprise and delight them. And this launch of Pike Place Roast in reinventing brewed coffee is just the beginning.”

What I’m thinking, actually, is that I’m increasingly not caring about it. I’ve gone from caring a lot, being a person that watched Howard Schultz do his opening pitch, with Gordon Bowker, another friend in the founding and opening “storytelling” in the Pike Place Market — literally decades ago. I was around when Terry Heckler was doing the naming — Starbucks. The logo by Doug Fast — another friend. And, too — being a stockholder, trying to connect with Howard, and other teams — working in linking up with dozens of relationships there — down at the HQ. It’s in the blog that I’ve referenced above.

And it’s pretty much feeling a lot like what their challenge is. Profound arrogance — coupled with the bigness theming. I heard that again today, from another friend, who runs a large grouping. Big. Powerful. And pissed off.

There’s been an interesting plethora of schisms that have emerged — and Ad Age, for one, has been documenting them.

Web disconnects. Weird music. Movie spins. Books. Funny products. Alignments. At one point, it seemed like each idea was a kind of innovation; then, in way, it seems like they’re adding up to distractions. Howard supports the spirit of an entrepreneurial culture, that grouping of links to development and advancement of resilient change — but at a point, what’s the point to the heart of the brand? He offers — “when you get large and very successful, you have to balance creativity and entrepreneurship with process and strategy. We got a little out of balance, and we weren’t as creative and entrepreneurial as we were when we were smaller. And what I’m trying to do is infuse the company with the kind of spirit and innovation [we had] when we were younger.”

Here are the observations on the shift that I’d spoken with Howard, over time, about:

I’d mentioned some of this to Howard, and others, at Starbucks. Never heard back. And I’ve discussed this, as well, in lively formatting, with others.

Here’s where they went, about 3 weeks after that other blog (and no, I’m not taking any credit here). Interesting, the alignments, given what I’d written about earlier

Get back — get back to where you once belonged: 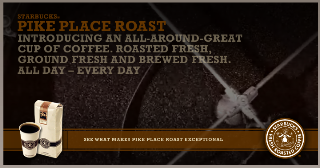 Get back, then where do you go? Home, hand made, customized, Pike Place: 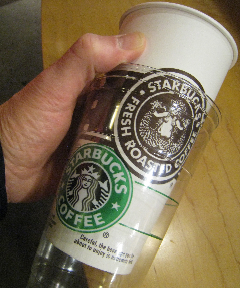 Then, the story — what’s the link between the old, the true, the handcrafted — and this offering? 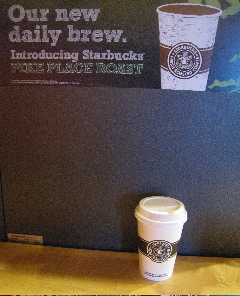 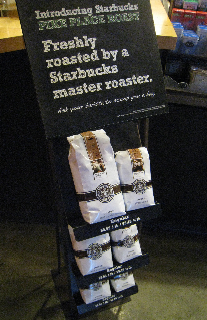 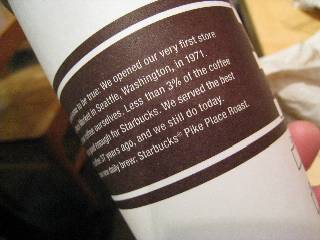 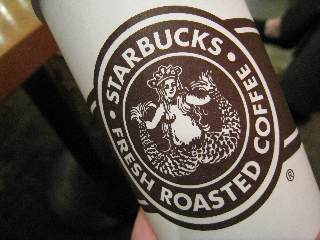 Getting to “chalk out the story” — 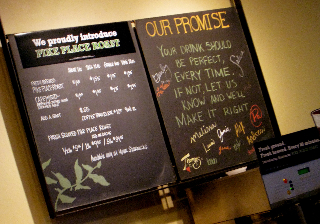 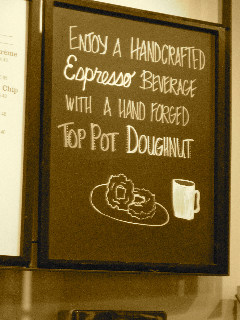 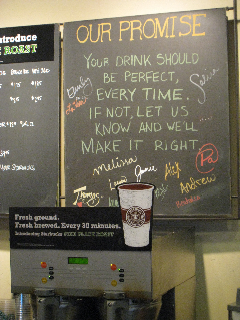 Numbered by hand — dated, too: 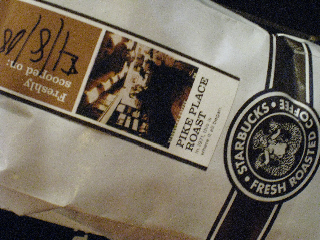 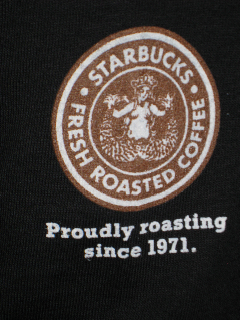 Proudly dated — every day –but for what? 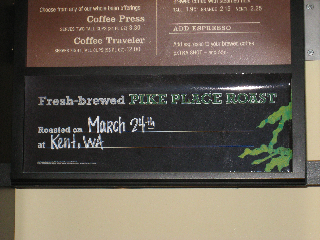 Points taken? On the 20th of March, we’d explored that idea of — what happened? What’s been forgotten? We know there are a lot of people that are wondering about that. And in that blog, a couple of days later, we talked about that idea — that the real character is, what about Store One. Story, and store — one.

From the market shifts, we know there are plenty of people making their own kind of changes — where am I going? Somewhere else? Might be. I’ve tried to give it a solid pro bono shot, proverbially speaking.

We’ll see how the story turns out.

What’s your take on this?

It started here, http://blog.girvin.com/?p=576, for me, but, there is history: It goes back. And I go back. I can remember the first time that I was exposed to a Tibetan vajrayana teaching presence -- a human distillation of Himalayan spirituality. It was Sogyal Rinpoche, decades back. Sogyal Rinpoche (born c. 1950, several years before me…

The spirit brand, the brandspirit | His Holiness The Dalai Lama

Some notes on the spiritual branding of the principles of His Holiness, the Dalai Lama -- and what that means for business, brand development and human capital in culture. Firms of Endearment. I've spent the last couple of days walking around the edge of the wide perimeter of mind of His Holiness, the 14th Dalai…
We use cookies on our website to give you the best experience on our website. By clicking “Accept”, you consent to the use of ALL the cookies.
Do not sell my personal information.
Cookie SettingsAccept
Manage consent