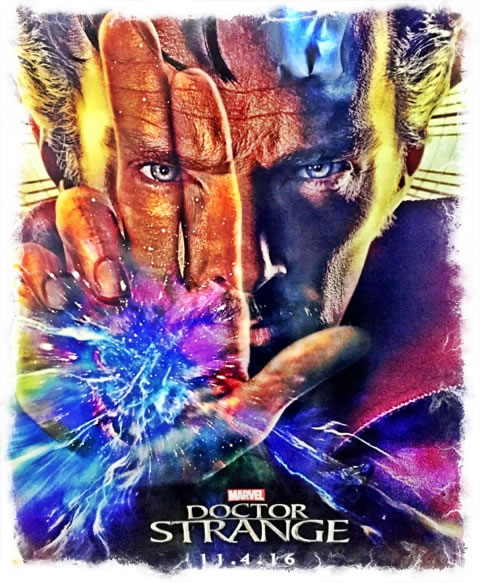 While I’d referenced my earlier history with a blog on DocSavage, there was a mirroring in another of my youthful vigil for the mystically adventuresome [and the forbidden — whose parents would actually endorse the collection, study and review of comic books and graphic novels?]

And I remember trying to convince my father, Dr. George W. Girvin,
a Vascular Surgeon,
about how realistically compelling and positively-storied was this reference of Dr. Strange [1960s] — once a narcissistic egomaniac, whose self-confidence was shattered in a practice-destroying automobile accident that cast him headlong into a magical and mystical abyss —
from Surgeon to Sorcerer.

Dad wasn’t impressed, but it was kindling for my imaginings. I’d walked Dad’s working world, the long and dismal hallways of the “on-call” status and rounds with patients.
I walked with him.
I watched with him.
I waited for him.

Whoa, these people were sick.

The idea of a magical intervention was far more exciting than scalpels slicing into — and away — dismay. 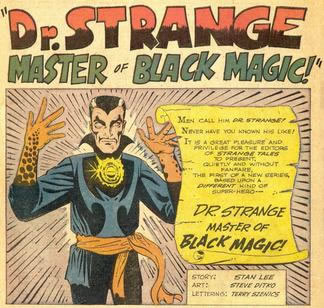 Some know the story of Dr. Stephen Vincent Strange — his egotism and self-absorption, which — as the story goes — led to a failed observation and a life-changing and disabling accident.
That led to the quest for meaning —
and the ancient one.

All the parts of this mystical story were right up my alley. That ultimately [along with plenty of other events and experiences] led to travels and explorations in Tibet, India, the Himalaya, Bhutan, Java, Kyoto and an array of other mystical places.
I went. I followed.

Young: I believed.
Now: I practice. 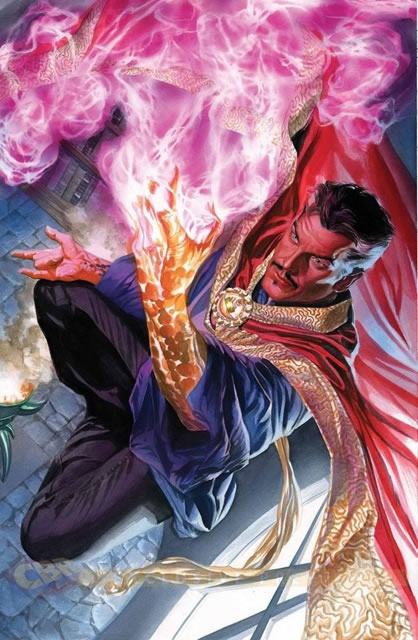 As I’ve noted in other, earlier blogs, I see design as inherently aligned to the premise of the magic and the mystical. Design, as a signatory, is a transformative symbology — it carries the viewer from one realm of understanding, translated to other planes of awareness.
As a calligrapher, the motions of drawing enlivened and
hand-crafted letterforms bespeak mudra
of gestured signals.

Calligraphy is energy.
Drawing letterforms brings forth that mysticism.
The most powerful design is shape and psychically shifting.
See it, read it — it pushes ideas and consciousness to
new spins of reality.
As written:
Design as magic.
Design as talisman-maker.
Design as sigil and symbol.

I was thinking about the word: strange, and as expert etymological explorer Phil Harper extolls, it is “from elsewhere, foreign, unknown and unfamiliar,” all words that reach to the heart of my own journey as a designer, philosophizing intent and direction,
to alternative realms of being.

Still, Marvel Studios positioning lends itself to a more straightforward rendering of “strangeness” in terms of
the identity for the film,
releasing early November 2016. 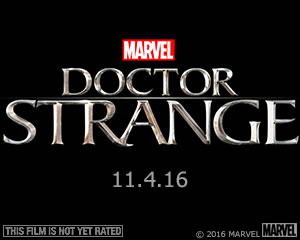 The key art imagery evokes that layering of magic —
appropriate given the supreme sorcery of Dr. Strange. 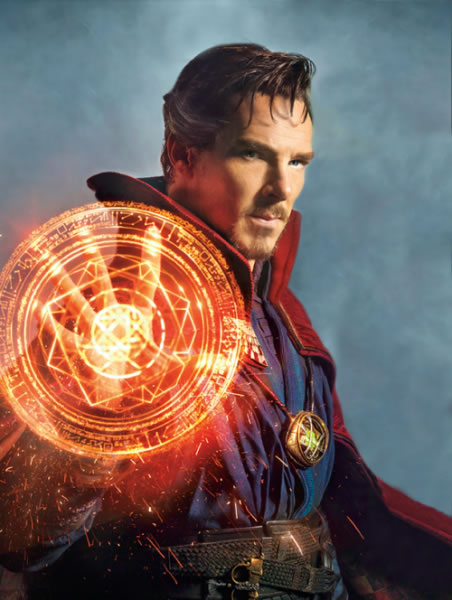 Shown here with a cinematic interpretation of one of the greatest sigils uncovered by Dr. John Dee and his angelic / demonic interpreters.
Still, what might be seen as mumbo-jumbo by some, shined beneath as mathematical puzzlements and conundrums. 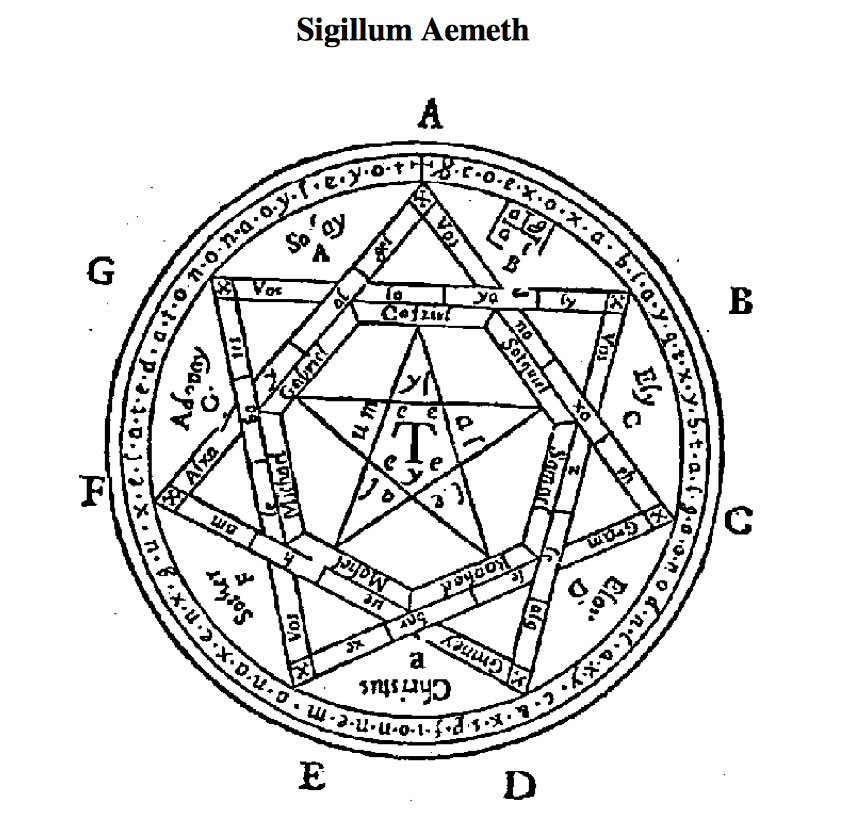 I spent some time meditating on a set of renderings as to how I might play with the titling of the film, hand-drawn with brushes, felt and 19th century pen tools. 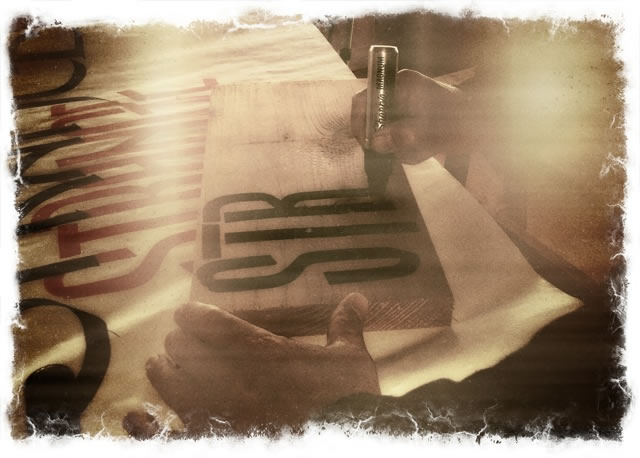 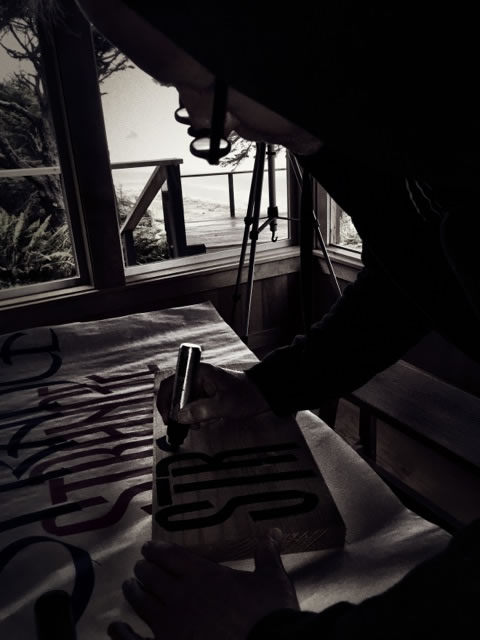 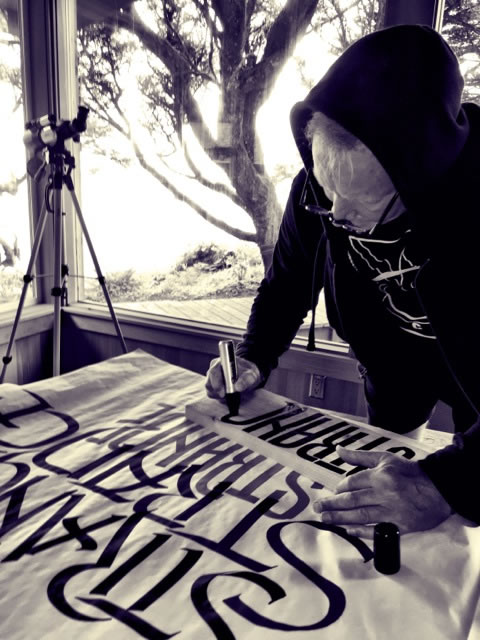 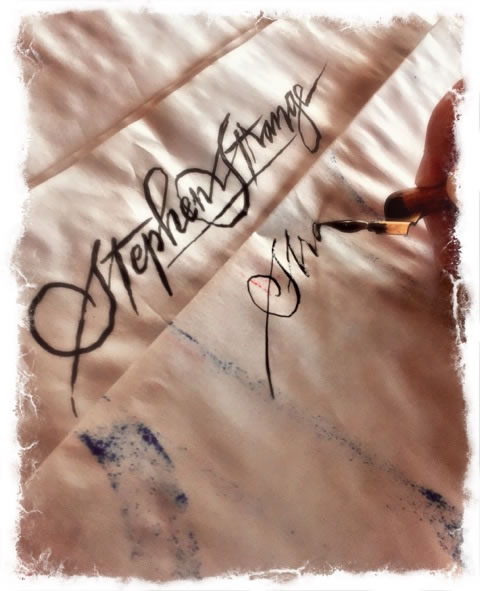 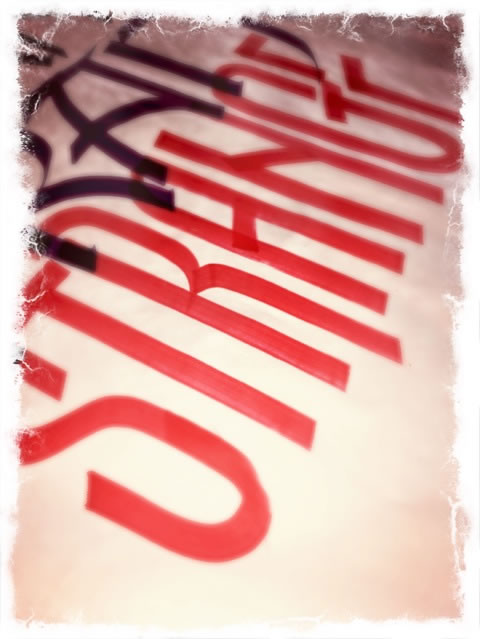 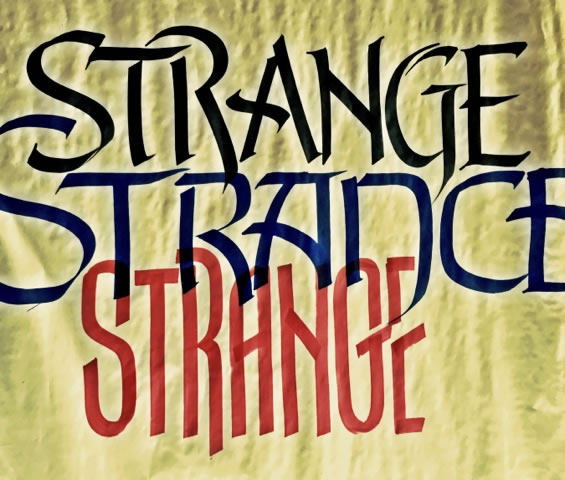 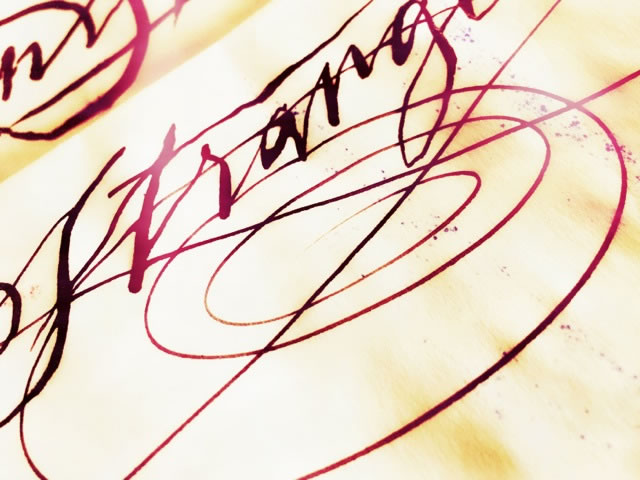 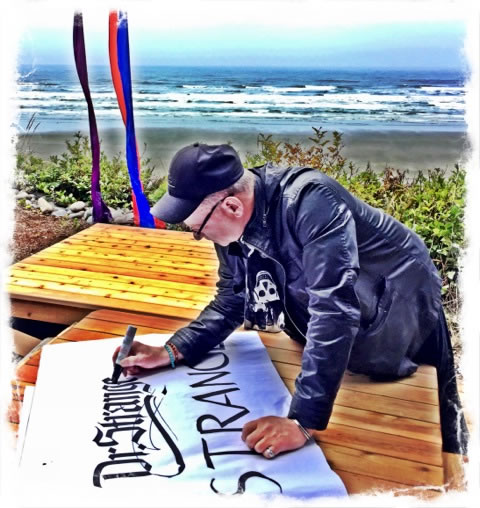 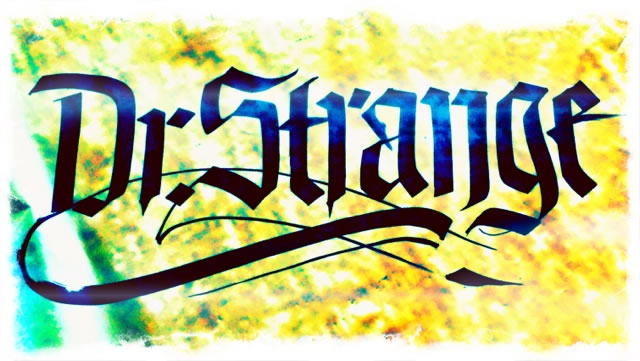 Photography, most of the above: Dawn Clark

These, of course, are only studies and meditations, nothing more.
But in any study — I walk that road from which I came:

By hand and meditation, draw out the power of
the thing and its story.

And make it shine.

ANALYZING HOW [WELL] IT WORKS The spiral of brand experience design: Girvin’s red thread of connective analyses The Analysis of the Context of Place-Making and Food Design Working for decades on the propositions of food experience — from luxury dining to kiosk service, fast casual to white tablecloth, Girvin’s legacy of searching for the engagement…
We use cookies on our website to give you the best experience on our website. By clicking “Accept”, you consent to the use of ALL the cookies.
Do not sell my personal information.
Cookie SettingsAccept
Manage consent