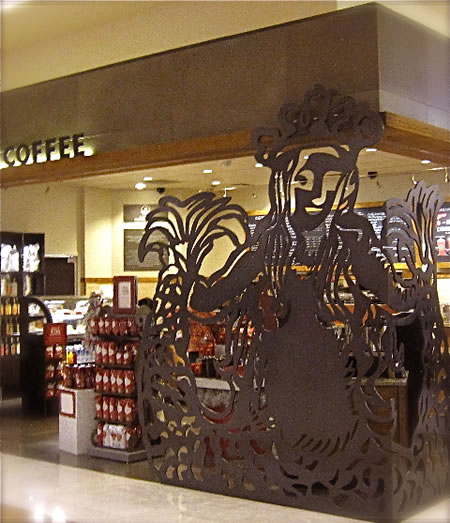 Planning | Home is Where the Heart is

Some time back, several years ago, I was talking with a friend of mine about the concepts of synaesthesia and brand — looking for ways to merge the context of brand experience to move guests into a more holistic awareness of place and sensitivity to brand holism.

We walked together to the Pike Place Market, and I took him into Starbucks, store one, to talk more. What we spoke about then was the idea of Starbucks going home, returning to the essential character of the brand — what was it? What branding integration might be there?

Feel it, touch it, scent it, taste it, hear it. In the construct of the fire of brand — people gathering in the storytelling of brand design strategy — holism is the grail. What we were talking about was the idea of home, finding home and heart in the story of the beginnings. Starbucks, Pike Place, store one, the beginnings. We recommended that positioning — go home, back to the heart of the authentic spirit of the openings. I can recall, interestingly enough, my first encounter with Howard Schultz and a group of investors, including some friends of mine, like Gordon Bowker, who were there at the beginning. Doug Fast, Terry Heckler, others. But that’s actually where I first met Howard — and while unforgettable for me, surely it was a mere glimmer in the sequencing of handshakes that rolled out of the door of that first opening. 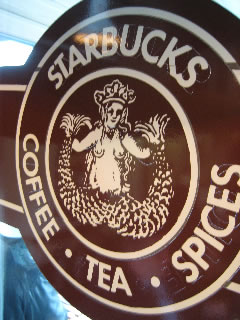 Going home is where Starbucks is moving again, according to the revelation of new strategic intentions in the evolutions of their concept in retail and global evolution. There was another time, when growth rounded out to building seven stores a day, 30,000 stores worldwide. That dream has vanished — 900 stores are closed down, and 34,000 employees have lost their jobs. There’s a new structural focus — and, according to store sources, and summarized by Melissa Allison, it’s about:

• Expanding the number of foreign stores, which Starbucks often opens with business partners who share the cost and risk.

• Introducing new Starbucks products like Via instant coffee in grocery and convenience stores all over the world.

• Reinvigorating Seattle’s Best Coffee, a secondary brand that for years was an afterthought.

Growth is challenged by the power of the cachet of the international assets — it’s only a third of the assets of the brand, in terms of locations. There are other components, sales of bottled Frappuccino and other grocery items are a scant 8 percent of total revenue. Seattle’s Best Coffee is a tiny player that doesn’t even report sales separately, although officials say it will soon. Why not sooner? Learning, I’d imagine. “I’m surprised it wasn’t ramped up in earlier years,” said Morningstar analyst R.J. Hottovy. “Product innovations and international expansion not only make the business potentially more profitable, but defend them against competition.”

According to their planning, these details expand the strategy:

• Continue to expand the UK, Canada and Japan

• Look for paths to enter the home: Via, Doubleshot, Discoveries, customized market offerings

• Build on creating alliances that don’t detract from the core brand of Starbucks — like expanding the marketing power of Seattle’s Best Coffee, headed up by Michelle Gass and her legacy of empowering the Frappucino enterprise.

This grouping is building growth, for the first time in years — stocks trading above $25. Dan Geiman, an analyst at McAdams Wright Ragen observed, that Starbucks “was growing their store base extremely aggressively and were getting away with it. Now they’ve retrenched and found better opportunities elsewhere.”

But back to going home. Another observation links to the hearth front marketing, developing new alignments that carry the product literally home — back to the house. That’s an expansion on the foundation of the original opening to this blog — that not only is there an approach to thinking about retrenching to find — yet again — the original values, but also to the conceptions of bringing products home again — carry out, carry home.

Working in NYC | Four explorations in 24 hours During a run at TED, there was an architect that I'd always been curious about -- a woman whose work ranges far beyond the competent; she's a thinker, a strategist of place, the visionary practitioner of design, and co-founder of the firm Diller Scofidio+Renfro. At the…

The collaboration of the crowd, inspiration in community, creativity and sharing. As a strategist, as a storyteller, a designer, I've been working and circulating the world for 35 years +. But of course, I've been living some 20 years beyond that. In the last several weeks, I've strode 57 times around the sun. And I'm…
We use cookies on our website to give you the best experience on our website. By clicking “Accept”, you consent to the use of ALL the cookies.
Do not sell my personal information.
Cookie SettingsAccept
Manage consent