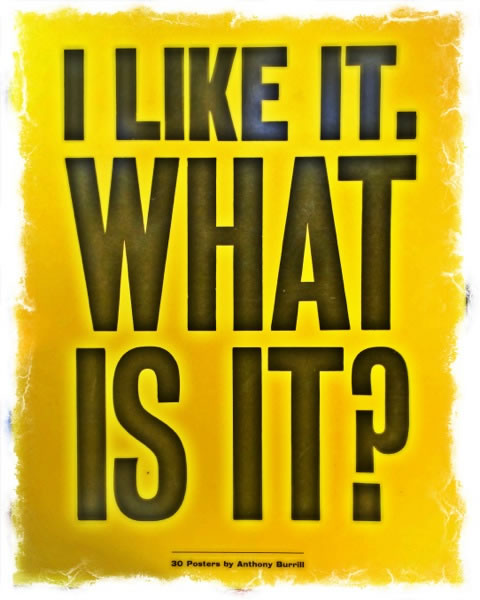 Brands that come from nowhere
that surprise, alarm, and boom on the scene as spectacle.
Or breeze in, quiet as the fog, a shadow of revelation.

What have you seen that came on you as a surprise —
out-of-the-blue, amazing, extraordinary, marvel-making and wonderment?

Sometimes, to strategy, the element of surprise is
the most telling to shock and entrance an audience.
It’s a start-up tactic of long running — “boom, we’re here.”
What comes to mind — brands that simply appeared, came out of nowhere?

The image above comes from artist and designer Anthony Burrill, who has aligned with an old print jobbing workshop to print out bold, letter-pressed posters, placards and proclamations.
Adams of Rye, Printers.

What you might think, since I know that I considered this question — my first self query was — why didn’t I know about this? And, being of a later generation, I might’ve thought that I’d missed the social media blasts, opening media strategies, the hip channels that promulgate energetic offspring of “the next new things…”
I’m surrounded by many people,
most of my staff are far younger than I.
Fact is, I’ve designed longer than many of them have even lived.

But in my earlier journeys, my “Alphabet Odyssey, “ 1976 most of the people that I studied with in the UK, Switzerland, France, Austria, the former USSR and Estonia were about
that experience
to my age.

Still, I watch.
And still, I miss some things.

What some might consider a risky strategy — opening without major tactical commands to action-planning media and storytelling distribution — others find themselves in their progressive reveal.

In a manner, people who make personal discoveries — cool new brands, shops, restaurants and places to explore — hold these learnings as a personal victory, a sharing of what’s cool about an enterprise proposition that is their personal grasp — something that they know, that you might not.

That wielding can be cumbersome — those individuals that proudly strut their “knowing” before all others tend to come off as narcisstic, arrogant and chauvinist. They lay out their newest new as a personal asset of coolness. After a while, it’s not so cool.
It’s boring and annoying.

So what could I offer?
Your openness and curiosity are the key to your sense of direction and the emerging opportunities of the future. Open to surprise, exploration and freshly wild invention — it all depends on you — how far out will you go, and how far out are you willing to commit, to exploration.
And your sense of curiosity? 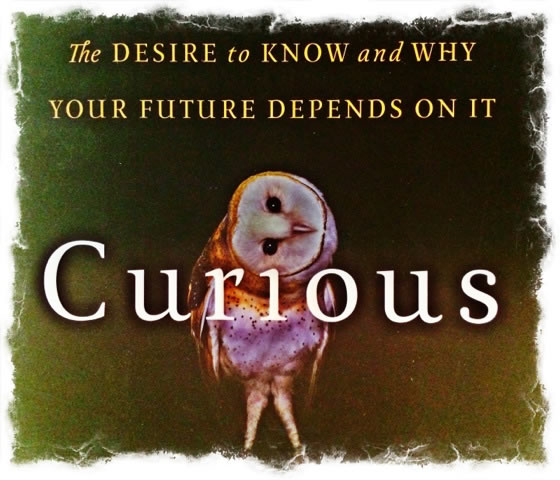 “I have no special talents.

“I am only passionately curious.”

When I ponder a richly expressed brand that came out of nowhere, one comes to mind. Quiet, unassuming, but progressively revelatory and seemingly arriving in all the right places, retail, blogs, editorial reviews.

Of course, you’re cool enough that you know all about it.
I didn’t. I just saw it, and studied it, curious as ever.
The story?

Explore as
you will.

But what we know is that surprise, in branding — it’s a gamble.
If one presumes that people will get your story,
get ready to dig in a work the trenches — storytelling presumes, at once, that high interest, compelling fascination will be interlaced with the narrative. That high line of storytelling would also presume that people can get it fast.
Speed counts.
Fast telling and brand holism will build out the foundations.
But then integration will layer the progressive sheathing of sphere of experience.

Think about
the power of
“wow!
What is that? Coolness!”

Can I Come In?

Is Your Brand Truly Open? I went into a shop that I was interested in, excited about — selling mostly Asian antiquities and art. The response was about as welcoming as a bucket full of ice water. I was looking at a site, and I tried to place some things in a “cart,” and it…

The Symbolism of the Hash Tag

The Hatching Stroke and the Ubiquity of Archetypal Design Thinking # I was walking the beach near my studios and found the above mark, cross-hacked into a log, the proverbial “pound” or number sign. And I wondered about it. “When this type of mark is made, what meaning could it imply?" As a symbologist (yes,…
We use cookies on our website to give you the best experience on our website. By clicking “Accept”, you consent to the use of ALL the cookies.
Do not sell my personal information.
Cookie SettingsAccept
Manage consent