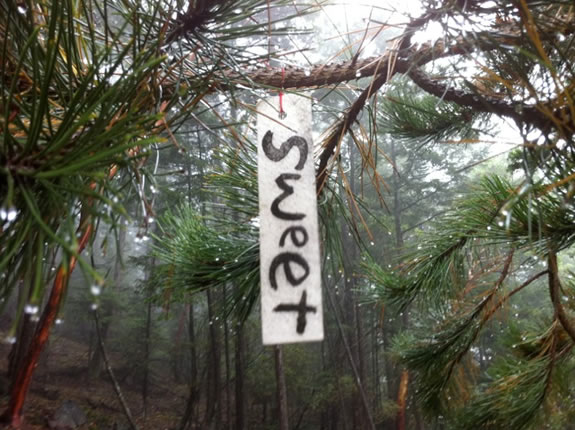 A Sense of Place,
Design and Experience

When I was studying with Reed College‘s rockstar+poet+calligrapher Lloyd Reynolds, I spent time with him at his home in Portland, talking, exploring and pouring over his enormous library. We’d write out broadsides, walk, talk, draft and demonstrate. I drove down and back in my old red Dodge pick up, “Ruby.” It was Lloyd Reynolds that was my key “hello” to Steve Jobs — we’d both linked to him at Reed College. Through that connection, my portfolio, I flew back to SFO|San Jose a string of times to meet, and to work directly for, Steve Jobs — from Apple in the 80s, WWDC in the 90s, and also consulting on design for Steve’s [and other Apple product leadership] sidebar exploration: NeXT Computers.

It was Lloyd’s fascination with the Northwesterly quality of wet, misted landscapes, tidal flats, long beach vistas, the permanent oysterlight and deep, old-growth forested ranges that might’ve supported an interest in Asian aesthetics, painting and Zen-influenced contemplations of the permanent evanescence of journey [“Insects, why cry, we all go that way?” Basho,] if not many forms of spirituality. The Northwest School surely offers others, equally aligned. Perhaps from the Asian tradition, transcribing personal haiku — on cut and torn paper bags, set out in the rain to vanish as they might — we voiced these haiku, back and forth — at home, at Reed, and later, the Evergreen State College.

Recently, I’ve thought of one word, and what it holds in the work — a hole, old binding thread, strung in the rain — falling from the trees to the earth, and dissolving to be found, in some form, by another, down the line of living.

Hanging, wet in the rain and mist, or found in the dirt, they are a vestige of ideals — one word, that holds the depth of dozens; one word to meditate on, to listen to, and to observe in its transitioning from the fully known and seen, to the dissolved and recalled. 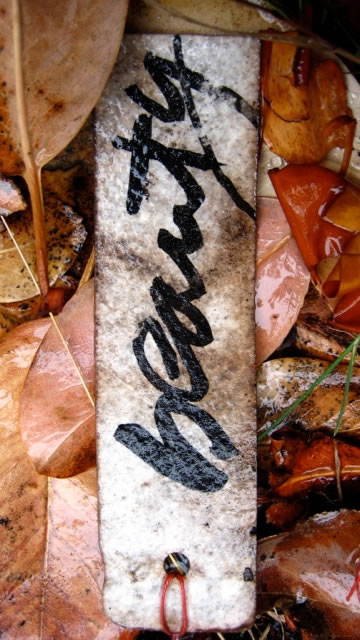 It was there,
then it was gone,
like everything. 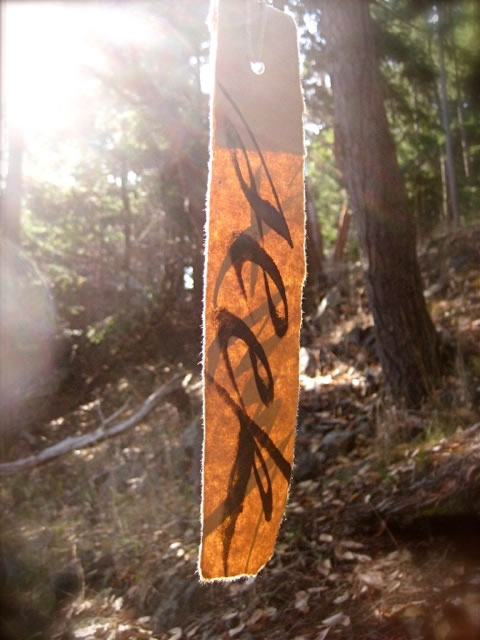 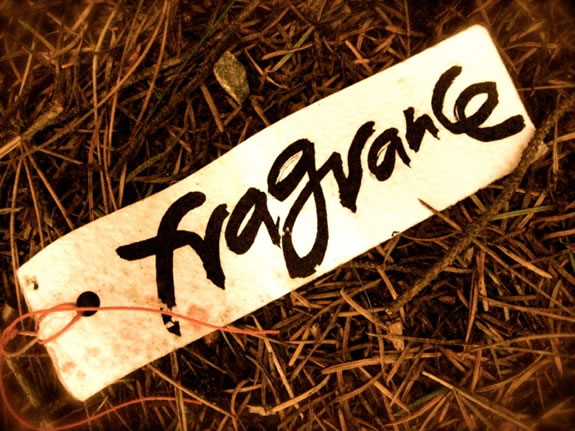 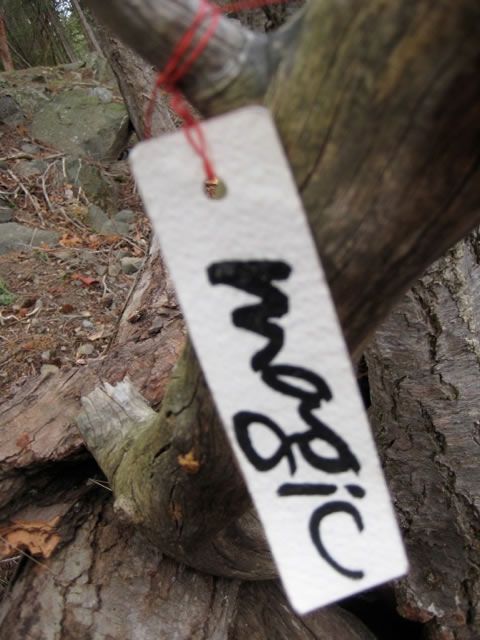 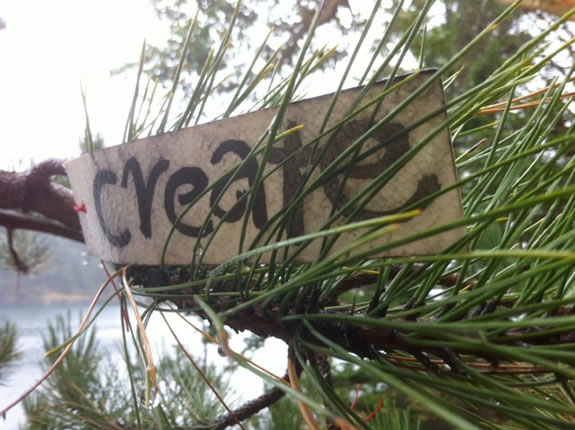 You make something, then it goes.
And finally, it is gone.
But the making,
and that meditation,
is at the heart of any work in the first place.
It is a journey,
then it will be a passage —
you’ll get somewhere.

The Layers of Intention and Storytelling in the Context of Message and Community As students of environmental design and signing, we're endlessly studying typography and messaging, signing and fabrication -- and, in the end -- placement and meaning. What does the sign say? Looking at signage holistically: • material makes a statement • placement and…

THE WAKE OF PERFUME, SEX SILLAGE

THE PERFUME THAT FOLLOWS YOU. As you're walking the street, a hallway, a waft of scent flows by. Multiple "perfumes of place" drift -- if you're open, you're scenting them. As well, you're scenting -- the fragrance of you, the trailing scent of you -- it drifts behind you, subtle or strengthened. Such is the…
We use cookies on our website to give you the best experience on our website. By clicking “Accept”, you consent to the use of ALL the cookies.
Do not sell my personal information.
Cookie SettingsAccept
Manage consent