I went to see what Christian Chabot, CEO of Tableau Software, has been thinking about. 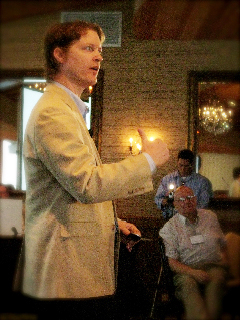 Someone in the blogosphere alluded to Tableau becoming the new Apple. What’s that? But rather, I believe that it is the attitude of Apple — that’s new. It’s always new. And others struggle against it [http://www.macrumors.com/microsoft-shifting-strategy/].

But I thought that I heard that some people are referencing the character of Tableau, the new information / organization software tool(s) — now Tableau 4.0, as having something of the Apple technology spirit. [Being a former Steve Jobs “worker”, I’ve offered some explorations t(here) — as luxury https://www.girvin.com/blog/apple-as-luxury-brand/ or the Apple store(y) http://blog.girvin.com/?p=326].

But what might be there is something that Steve Ballmer notes in his analysis of Apple’s continuing place — a smart, warming inclusive gesture, the link, to the heart of those that do, will, shall love them. Microsoft has a hard time being there. Apple’s spirit (and the allegory of Tableau) is now about: guts, courage, conviction, wild invention — and some cool people on the development side, as well as at the visionary side, that are doing their work wisely (and passionately).

And I’ve talked about Tableau, since we had the chance to work with them as a team, early on — for their identity, opening interface and design expressions http://www.tableausoftware.com/. There’s a story there, that ties to our opening connections — a line up of Edward Tufte books in my office on information display that, in a way, cinched the opening. It’s a story http://blog.girvin.com/?p=586. And isn’t it so — that it’s always about the story?

In this instance, it’s about the new story of Tableau, which continues to expand upon its own metaphor — a tableau or arrangement of carefully composed imagery. Tableau creates carefully composed arrangements that enable visualizations, refreshed insights and resilience in examination of information. See more: you explore more; explore more: you know more — and you can make smarter decisions. The simplicity of this gesture is nothing…simple.

I have this curiosity, however, about something that Christian Chabot said, during his presentation at the 4.0 conference: “wonder, wander, explore” technology. What that means to me is something different — a varying positioning for a software strategy — that is remarkable. Different — why would there be a technology that speaks to that? Wonder? Wander — go where? Explore — what?

That’s perhaps the most important aspect of Tableau’s transformation. Or evolution. What is curious about that is the concept of information visualization being something that is accessible to everyone, not information-specific talent — like planning engineers. It’s for people. People of a uniquely creative, generalist intent. Speaking of that idea, that idea of wondering and wandering, then exploring, look here:
http://creativegeneralist.blogspot.com/what-generalists-do/, to the credo of this interesting group of thinkers (wonder / wander / explore), from Tim Westergren, the founder of Pandora to the CEO of Ideo, Jane Suri.

Different. A collision, or rather a collusion of interesting ideas, coming together in a unique way.

That’s what Tableau does. 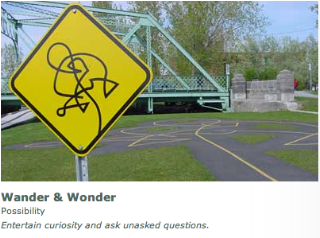 Seeing something different, a new tableau, because you can do just that, wander and explore. And wonder.

Notes on making typography by hand, for perfectly tailored applications -- a Girvin legacy. For decades, Girvin has been making typefaces by hand, completely customized to our client project applications. It's a story that is surely understood internally within our organization and team designers, but is less understood on the outside. Why? Because of the…

Examining the line between design, fragrance and the mystery of making. There's a mystery between the concept of design, creativity and the magic of concocting and sequencing outcomes, whether in the visualization of clothing, style, or in the mystery of scentmaking. Some reference, to personal storytelling: Just last week, I was working with some clients…
We use cookies on our website to give you the best experience on our website. By clicking “Accept”, you consent to the use of ALL the cookies.
Do not sell my personal information.
Cookie SettingsAccept
Manage consent