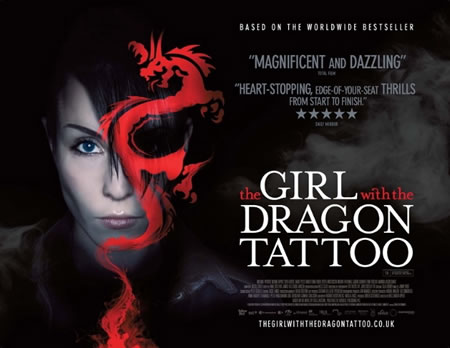 I found it interesting that the Harvard Business Review would be identifying the tattoo as a point of relevance to analyzing trend. But of course, it — the trend content — really comes from a hiring agency. Personally, I find (to the notion of the Human Brand) that the idea of the tattoo is actually compelling; it’s a story unto itself. Seeing one on a person, I’m immediately drawn to ask: “Why?” And “what’s that mean?” More often than not, it’s less to deep symbolism and more to the expression of a personal liking. “I’ve always liked unicorns.” Or — “it’s a knot” to capture the retort of two recent queries. Many times, sadly, people don’t know — they don’t have a story; it’s “something that I got.” Such a statement reminds me of a flu bug, an infection — “I contracted it.” 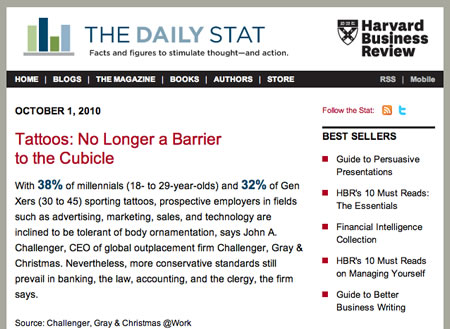 The opening daily factoid, from HBR. With the following links that relate more to the nature of how tattoos might affect hiring. Right now, for example, I can’t imagine asking any of the people that work for me — “do you have a tattoo?” It’s none of my business.

Still, in the parlance of the recent hit(s) “The Girl with the Dragon Tattoo” and the follow up story (part two of the saga of Lisbeth Salender and Mikael Blomqvist’s investigative adventures) “The Girl Who Played With Fire” she considers removing her neck “wasp” tattoo as being too identifiable. It was a brand, a mark, that could literally “mark her.” Hence the coherence of brand, story, mark — they sync up, and perhaps a kind of facebook of the body, worth sharing in the parlance of visibility. Digital or no, it gets round. 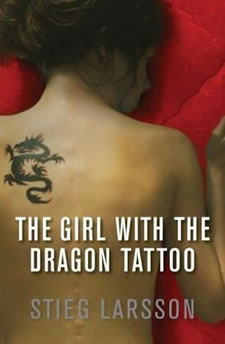 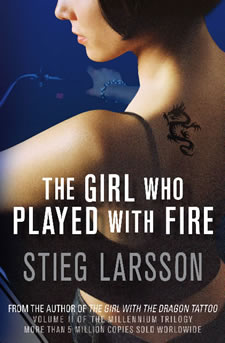 I was working in weekend in Portland, and went to Café Vita — there, all the women wore tattoos. Two were interesting and complexly symbolic, the others were poor, faded, blue and washed out, like the pigment was beginning to slide under the skin. Given that it was raining, I couldn’t tell if others were wearing this form of marketing, outside of the café. But the mark, the statement, the storytelling, it’s there — it’s everywhere.

But that’s the point — being branded — being marked, literally is about staking a claim to something that’s relevant to the person, as well as to their sense of themselves, and potentially their story. There are, to that end, two stories that relate to this positioning — about actual brands that are tattooed. 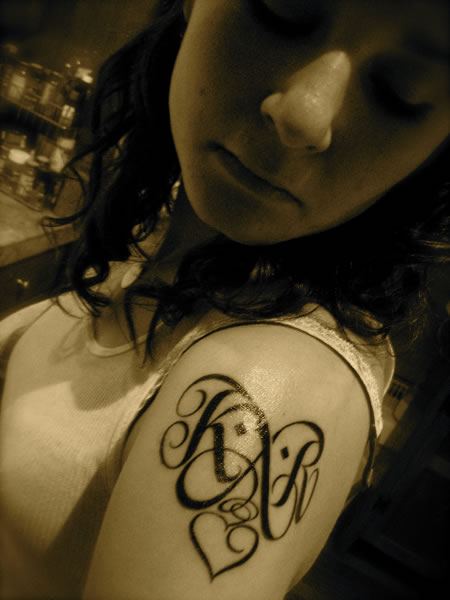 My daughter Gabrielle wanted to celebrate her relationship with — and the passage of — her Mother, whose initials were KAR, Kathleen Angelique Roberts.

She asked for help in designing a tattoo that would symbolize her connection — not only with the initials, but as well the heart, which was a symbol of power to the heart and hands icon of her Irish background. That’s one reference, shown above. 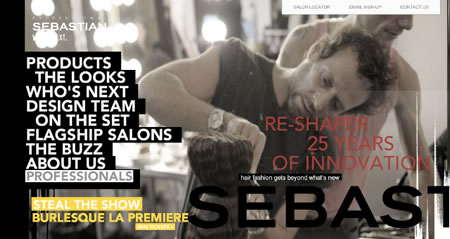 Another is working on the international brand, Sebastian Professional, it was Girvin’s role in partnering with the team at Procter & Gamble to frame the strategic and visual nature of the positioning of the brand. 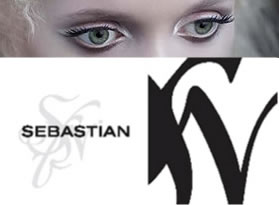 One of the elements that we’d created, given the strategy and demographic inclinations of the brand — hair as art and personal experience — the notion of a brand tattoo, literally a kind of abstracted monogram was created for the brand: Sebastian. To reach to the visualization, you can gather something of this frame below. 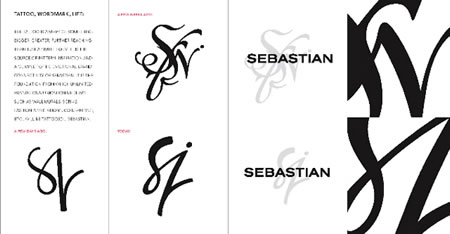 To the nature of the brand tattoo, our configurations and studies for the master brand book are gathered — the ideation of approaches, implemented as well in the product line up. 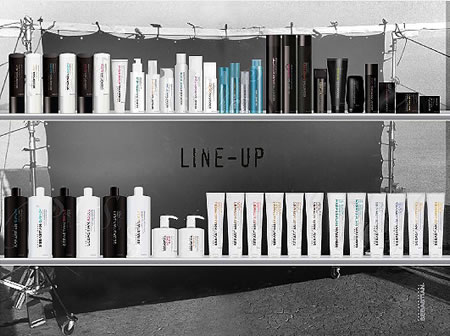 That idea of tattoo, human brand space, extends into the conceptions of cultural implications — surely, for ancient and prehistoric markings, primitive signs and markers of transition, humanized evolution and event notching. I’d written earlier about the notions of tattoo and the concepts of “kustom kulture” – moving to the fringes of the 50s post war self examinations — and the pin-striping of war and being out there, on the fringes of adventure. In that context, the tatt marks where one has been, what’s been accomplished — and like the notion of the tattoo being “appropriate to the person” not the other way around — it was a symbolic skin. 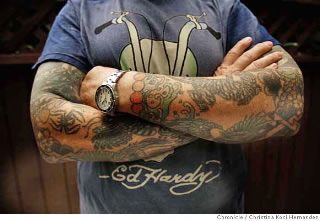 Don Ed Hardy (above) crossed from the concept of tattooing expert — and yakuza skin patterning aesthete — and the founding driver of the creativity of the Don Ed Hardy brand bridged the idea of tattooing being the brand — a stylistic patterning language of his visual essence — along with a grouping of products that spread out the word.

The investigation of tattoo and brand — human brand or marked personalization — is, indeed about the link to story and persona; one story becomes another, one venture becomes another transformation and the marking of that adventure — and what that marking might mean — therein lies the power of the visible. Brand, story — they sync up, the fire of the telling with the relatedness of the transcription. Sharing – the imagery moves from one place to another. Whether it’s the flaming skulls of kustom kulture and pin-striped hot rods of the 50s-60s, or it’s the Phantom skulls of the present, the snowboarding piratical bones crossed, it all reaches to the same place — “this is my story, this is where I live) or dream, in aspiration, to be.” 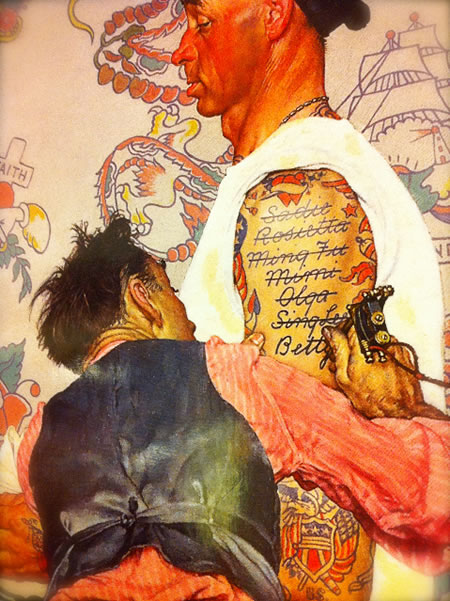 Some etymologies, Douglas Harper’s excavations — to the tattoo legacy:

tattoo (1)
“signal,” 1680s, “signal calling soldiers or sailors to quarters at night,” earlier tap-to (1644, in order of Col. Hutchinson to garrison of Nottingham), from Du. taptoe, from tap “faucet of a cask” (see tap (2)) + toe “shut.” So called because police used to visit taverns in the evening to shut off the taps of casks. Transf. sense of “drumbeat” is recorded from 1755. Hence, Devil’s tattoo“action of idly drumming fingers in irritation or impatience” (1803).

tattoo (2)
“mark the skin with pigment,” 1769 (noun and ver, both first attested in writing of Capt. Cook), from a Polynesian noun (e.g. Tahitian and Samoan tatau, Marquesan tatu “puncture, mark made on skin”).

taps
U.S. military signal for lights out in soldiers’ quarters (played 15 minutes after tattoo), 1824, from tap (v.), on the notion of drum taps (it originally was played on a drum, later on a bugle). As a soldier’s last farewell, played over his grave, it may date to the American Civil War. The tune was revised several times in mid-19c.

stigma
1590s, “mark made on skin by burning with a hot iron,” from L. stigma (pl. stigmata), from Gk. stigma (gen. stigmatos) “mark, puncture,” especially one made by a pointed instrument, from root of stizein “to mark, tattoo,” from PIE *st(e)ig- (see stick (v.)). Figurative meaning “a mark of disgrace” is from 1610s. Stigmas “marks resembling the wounds on the body of Christ, appearing supernaturally on the bodies of the devout” is from 1630s; earlier stigmate (late 14c.), from L. stigmata.

Dazzlement | a study in camouflage

Flag image: Wesleytb Number one in the world It's interesting to examine the idea of Sweden being exceptional. Having worked there, I can tell you that it's truly unique. The people. The brands, the efforts of their enterprises and the quality of their humanity. First off, I'd entreat the following: Where this information comes from…
We use cookies on our website to give you the best experience on our website. By clicking “Accept”, you consent to the use of ALL the cookies.
Do not sell my personal information.
Cookie SettingsAccept
Manage consent