THE A GAME, TURNED UPSIDE DOWN 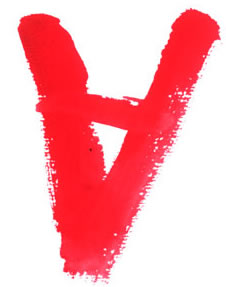 On the game — of A.
And the listening to the Z’s.
A friend, well meaning, referenced the idea of the A game — A gamers, with other A gamers, win out on aligned results; they sync up — sparks fly, cool stuff happens.

I think that sometimes A-Gamers could be better if they played with “other” letters of “gamers” — to flip the switch of expecting the right-sized content. Like, A gamers with Z gamers — the leaders, who are gaming with the end of the alphabetic sequencing. That actually might be a failure place, and it’s always good for A gamers to learn about failing. Fail harder, and you learn better. Risk more, and you work harder to bring it out, bring it on — because you personally have everything on the table, already. Learn well — because it might be all swept off the table, before you even know it.

Sometimes, being with A gamers, the results are often so “well-informed” and sophisticated that it makes me wonder — “what were we thinking about?” What would the Z gamer be thinking about — would this “concept” even make sense to them?

Sometimes the path isn’t about being an A gamer, with another A gamer — but an A gamer who’s listening to others — who might or might not be A gamers, but simply “people.”

People say the darnedest things — usually the things, unpracticed, that come to mind — they just say them, they don’t think about them. A gamers tend to think about everything — including the way that they’re sitting and eating, while they’re thinking about it, before they say it — and what media format that might be in, (or rather — should be in).

There are brands today that have thrived on the Z gamer listening awareness — listening, studying, observing, sharing ideas, this is the beginnings of A game mentality — know the work, the world that you’re surveilling, circumspecting, walking “around” — and you might thrive, where others have failed.

That could be good, and cool. And wow — starting with the Zs, and working down the line (or up it) depending on what you might sense in the shifting comprehensions of relevance, resonance, relationships.

Adding up, they go somewhere.

QUICK SERVE ACCELERATION FOR INTERNATIONAL FOOD & BEVERAGE Spending time working and traveling in Europe, it's invariable that there would be new insights that might be still unseen in stateside venues. As the food experience in quick serve restaurants becomes increasingly accelerated -- McDonald's, for example, setting the pace in cutting seconds off the service…

While you're looking out, traveling the distant vista -- a long road, the living running -- the journey shall continue. And who said it would be easy? Craft, in the making of anything, building the outbound relationships to people, in the truth of it, will be fraught with failure. Tries and trials, and circumstances wrestle…
We use cookies on our website to give you the best experience on our website. By clicking “Accept”, you consent to the use of ALL the cookies.
Do not sell my personal information.
Cookie SettingsAccept
Manage consent