The Allegory of the Seasons: The Fall 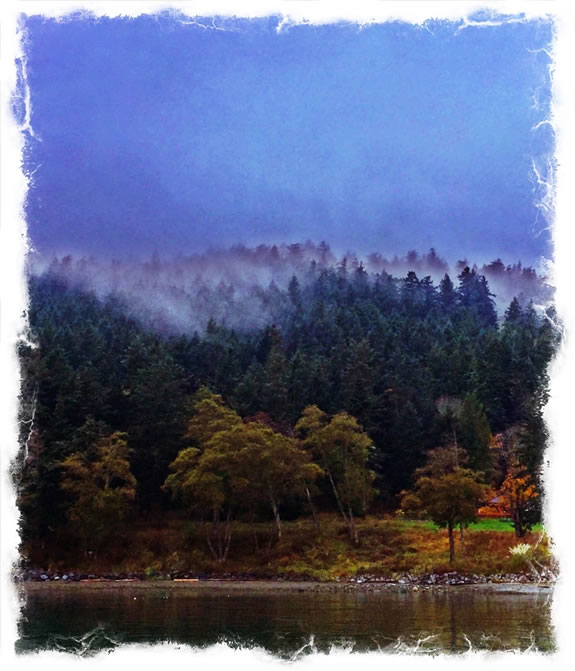 The Poetry of Transition
It is curious that only two seasons speak to action: the Spring. And the Fall.
Winter doesn’t describe much, unless we are to infer…inter-ruption. Etymologically, winter is derived from the Old English: water. Summer is merely, in its Sanskrit history, sama or season. They’re not about action.

I am especially attracted to the Fall. Its action is Falling.

And walking amongst the Fall and the fallen, there is much to be observed, for the Fall is about new revelations; its revealing is the peeling away of the richness of the burgeoning of Spring, the fulfilling movement of Summer.

And Fall is about Falling. It’s the shearing and clearing of the previous growing seasonal tides, and the drawing away of the curtains of abundance. It is to see things laid bare. And the Fall is a good time for seeing things differently. The trees, in their nakedness, have a different expression, the fullness of their wide, spanning arrangements, their reaching out for light and water is shown in this unfurled, architectural splendor. The complexity of how trees fill space is a wizardry; the striated bark shows the careful channeling of the waterway to the roots, now buried in the curling detritus of the brightly colored leaves; their transition into forgotten forms, their structure, the flesh peeled away, they are as miniature maps of the trees themselves.

Wandering among the shorn trees, I look for nests. All types of nestings. And I draw. 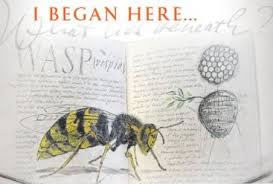 And out walking, I spy Hornet nests. The wonder of the nest, whether we ponder its meaning as a container for our own space, our “cocoons”, our lifespace, or to consider the meaning of this expression of residence for other creatures. 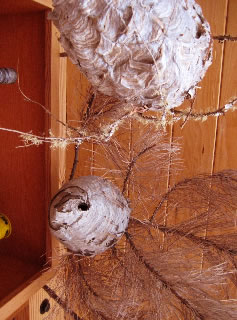 Wasps are the improvisers of the nested space. Unlike the discipline of the Hymenopterans, the Bees, the vespid family of Wasps create their own malleable arrangements. 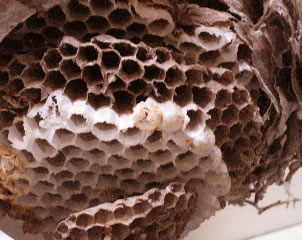 They wrap their concentric rings of growing cells as progressively as inverted candelabras hung down, chandeliers of contained life chambers. Towards the center, the grubs, the tiny wormwasps are wiggling in the heart of the nest structure. And on the widening outer rings, the cells are entombed, woven shut with the hardened larvae awaiting their release to…work.

Wasps nests stand out in the barren landscape, even in their camouflaged dappling. The very fabric of the nest comes from the environment, it is a chewed, whorled papering. The feathering of the skin, with its ever enlarged containment, reflects the patterning of masticated bark, liquid and leaves, and even in this form, it is water resistant. Special cooling vents and water paths are sculpted in its surface. The opening has concealed hiding places for protection, the gateway to the interior, guarded by soldier Wasps-the archers of the battlements.

My first nest lay silent and hidden, yet, to me, its massed and darkened form was a obvious clue to its presence. Pushing through the brambles and thorns, I clipped the tendrils of supporting grasses and branches providing a delicate infrastructure, countering the claims of gravity. The nest is wrapped around these seemingly chosen supports, they are not bitten away, but woven into the very structure. The foot high oval, and they are most often elliptical, egg-shaped in form, was light; the husks of fallen wasps tumbled out, as I turned it. Across the island, the advance of the Fall has slowed and then silenced the ardent workers and soldiers. They are simply worn out, worked to death. The laying Queens are in hiding; they are in hibernation, awaiting the Spring. To start anew…

Holding this delicate structure, there creeps, feebly, from the opening, the last black and white, Bald-faced Hornet. Once angry and defensive in its season, this lonely warrior falls away, exhausted. He is the last, the final gesture to the Fall. 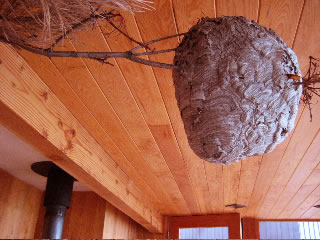 And this last collapse symbolizes the Fall, the transition from the Spring, the leaping out-the starting of the colony; the Summer, the flourishing-the expansion of the hive; the Fall, the falling into the concretion-the hardening of the population; and finally, the silence, of Winter.

Experiencing this teaches me to observe carefully and closely, to watch and listen inwardly and, on the outside, to study reflectively these seasonal changes. And to ponder, ultimately, on their meaning. For me.

And now, in this missive, for the rest of us…in transition, the passage of the Seasons. 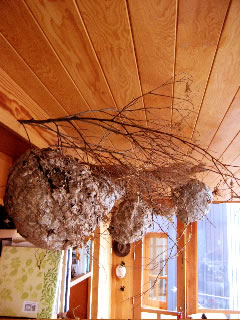 PLACEMAKING AND JOURNEYS ………………….. WORKING + BEING IN A CERTAIN PLACE — A JOURNEY OF FINDING. There’s one thing, to the idea of working in other places in the world — learning to be there: work there, explore there, BE OUT THERE; but invariably that means that you are working IN A DIFFERENT PLACE, a…

According to the Writing Instrument Manufacturers Association (WIMA) website "The purpose of National Handwriting Day is to alert the public to the importance of handwriting. According to WIMA, National Handwriting Day is a chance for all of us to re-explore the purity and power of handwriting.” In earlier notations, we’ve offer some reference to the…
We use cookies on our website to give you the best experience on our website. By clicking “Accept”, you consent to the use of ALL the cookies.
Do not sell my personal information.
Cookie SettingsAccept
Manage consent