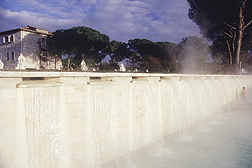 Where does the myth begin? Who becomes the legend — most? Where is the brand heart genuine? 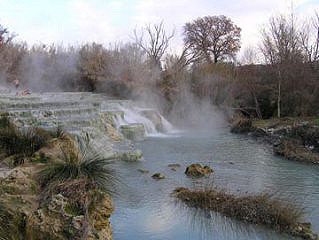 Brand, mystery — I’m wondering about mythic dimensions in brand. And when there’s a cross between the concept of history, some mythic or legendary proposition, that aligns, as well, to the concept of outcome.

For this spa concept, there’s an intriguing challenge. An affectation — a link — to Saturn(ine), frankly isn’t a good thing; it’s rather dark — for a formulation and expression of brand and positioning.

There’s this, for example: sluggish; gloomy in temperament; suffering from lead poisoning; deathly, due to the absorption of lead. Yet again, Saturn is associated with prospering. So, it’s a little challenging to balance the one, from the other.

Pertaining to Saturn, whose age or reign, from the mildness and wisdom of his government, is called the golden age — distinguished for peacefulness, happiness, contentment. Or, finally, to astronomy — pertaining to the planet Saturn; as, the Saturnian year.

There’s a tradition, that ranges from Roman times, even to that of Etruscan warriors, savoring the healing that comes with heated waters of this kind — involving the merging of sulphuric waters and the algae that is concomitant with these environments of volcanic percolation.

For the legacy of Saturnia — there’s history, in place, there is their presence, and that which comes before. There’s something about truth — there’s something to the story that is about their truth. That is, as they tell it.

The deeper differentiation is about the algae and the monocellular plankton within — “which grows, with these features only here in the village of Terme di Saturnia”, a bubbling simmer from a extinct volcano, that incessantly refreshes the water sourcing. http://www.termedisaturnia.it/en/

What I’m interested in is history and legacy — what lies at the heart of the brand, and what I’m finding is that I can’t get to the heart of it. It’s less about Saturn, and more about the goddess before — Aurinia. When the Romans subjugated the Etruscans, they spun that appellation to their spiritual sentiment: Saturnia.

Who is that? Who was that? Perhaps, really, the heart of the heat of the healing – the goddess or prophetess, celebrated by the Teutons, written by the historian Tacitus in the first century — Aurinia, Albruna or Veleda. The spirit of these wise women, if they were actually women (not legends), seeps back into the mysteries of healing and counsel.

Timeless Myths, the site, explains: “The Teutonic chieftains and warriors never ignored the words from any seeress. In fact, Tacitus says that the Germans listened to the advice of women, regardless if they were gifted with divination or not, because they believed that all women have certain sanctity and prescience.”

Of that triad, there’s another link: Veleda was a 1st century prophetess, living at the time of Vespasian. She was so revered that her tribe had actually worshiped her as a goddess. Veleda lived in a high tower, and pronounced her prophecy on a raised platform, where no one was allowed to approach her directly.

That link to the mystery of healing, body care and wholeness keeps moving:
http://usa.weleda.com/about_us/weleda_logo.aspx

From Aurinia, to Saturnia — to other wild women, prophetess — healers, seers. Beauty, and finding that, the mystery in that story, the layers of time.

I’m looking for that.

Eau D'Italie | The Scent of Blood

Exploring scent with Hoteliers and Perfumers Sebastián Alvarez Murena and Marina Sersale. Foto by Dawn Clark, AIA Imagine the idea of creating a scent that captures the spirit of your hotel. Or of your life. Your hotel: decades old - lying, heated in the brilliant coastal sun, facing the azure sea, just off the winds…
We use cookies on our website to give you the best experience on our website. By clicking “Accept”, you consent to the use of ALL the cookies.
Do not sell my personal information.
Cookie SettingsAccept
Manage consent