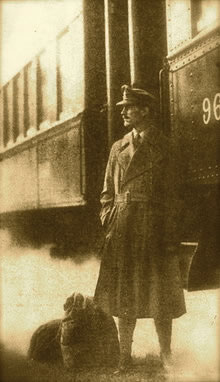 Exploring the concept of a single brand article, captivating market share and perception

There are a series of brands that found their legacy based on the proposition of a single product — and they can either build on that foundation, over time, or they become mired in it.

This tradition could be found in the legacy of Louis Vuitton, where luggage built an evolution, along with the relationships to the strategy of the leadership of LVMH, to engage in the building of a holistic lifestyle brand. Time and growth has told of their success in this tradition. Others fall into this heritage of foundation, building on this single grouping of objects, that then later emerges into integrated offerings in the bigger business of brand storytelling and marketing. It might be said that Burberry falls into this category of positioning.

And that has been both a struggle and later a boon. Even as early as 2002, in a notation from the BBCNews, transitions were underway, “Burberry, with its distinctive red, black and camel check, has become a must-have fashion brand. Stars including Madonna, Kate Moss and David Beckham have sported Burberry goods, helping to boost its image. In just a few years it has lost its hopelessly old-fashioned status and become a modern luxury brand selling perfume, shoes and bikinis alongside its traditional coats and bags. And in July Burberry will make its debut on the London stock market.”

The history of the brand reaches to a martial legacy — therein, the art of the trench. What does that mean, the trench as a foundation? Mud, dirt, protections, escarpments of defense? Actually, no — surely linked to the military, but more so to a kind of fashionable containment, and the statement of leadership.

Wikipedia offers that “The trench coat was developed as an alternative to the heavy serge greatcoats worn by British and French soldiers in the First World War. Invention of the trench coat is claimed by both Burberry and Aquascutum, with Aquascutum’s claim dating back to the 1850s. Thomas Burberry, the inventor of gabardine fabric, submitted a design for an army officer’s raincoat to the United Kingdom War Office in 1901.

The trench coat became an optional item of dress in the British Army, and was obtained by private purchase by officers and Warrant Officers Class I who were under no obligation to own them — yet no one beneath that military class was allowed to wear them. That military adornment, was contracted during the First World War — the design of the trenchcoat was modified to include shoulder straps and D-rings. The shoulder straps were for the attachment of epaulettes or other rank insignia; a legendary detail suggests that the D-ring was for the attachment of hand grenades. However, it was another form of equipage, the ring was originally for map cases and swords or other equipment to the belt. This latter pattern was dubbed “trench coat” by the soldiers in the front line. Many veterans returning to civilian life kept the coats that became fashionable for both men and women.

A typical trench coat by this period was a ten-buttoned, double-breasted long coat made with tan, khaki, beige, or black fabric. Trench coats often have cuff straps on the raglan sleeves, shoulder straps and a belt. The trench coat was typically worn as a windbreaker or as a rain jacket, and not for protection from the cold in winter or snowy conditions. 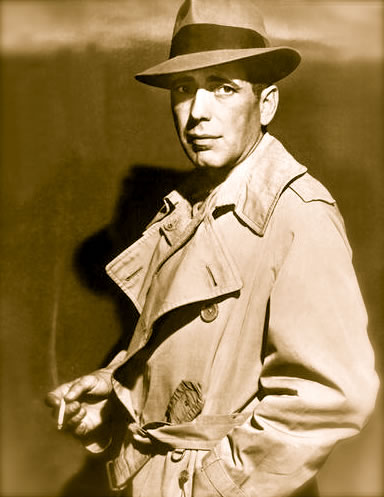 The styling of the coat, and the martial history, have lent a spirit that is specific to a kind of cult ethos — something to adventure, a stalwart, enduring character, espionage, and later, an adhering fashionability. in the decades following World War II . Their original role as part of an army officers’ uniform lent the trench coat a businesslike respectability, whilst fictional heroes as diverse as Dick Tracy, Mike Hammer, Jack Harkness, The Crow, The Phantom, Humphrey Bogart’s Rick Blaine from Casablanca — even from there to the Matrix, in a futurist styling. 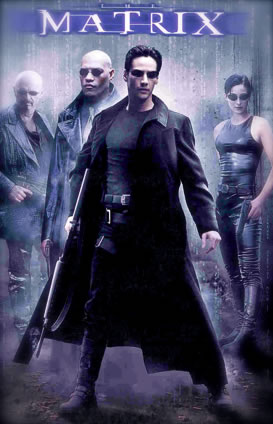 The trend, from the trenches, is that the coat is rich in legacy and over time sets a kind of psychic connection to a certain vein of appearance and character — it speaks to a personal positioning that might suggest “coolness” — being in the place of danger, or exposure to the edge, resolute reserve in challenge — and being cool, in that place.

Smartly, the strategic shift is multitiered in the positioning efforts of Burberry — whose inventive innovation in the design of the coat, the start of the brand — and this has been borne out in the actions of the last two CEOs, both women, both stridently for the brand heritage, but tuning how the psychic impulse might be discerned by the marketplace. According to Julia Wergigier, writing in the NYTimes, notes this sense of defined relationship to the experiencer, “Angela Ahrendts, in her three years as chief executive, has reshaped Burberry, pushing it closer to upscale rivals like LVMH and Hermès. Now Ms. Ahrendts, the 49-year-old American sitting atop one of the world’s quintessentially British brands, hopes to adapt its trench coat to the age of the Internet. (Her co-conspirator, Christopher Bailey, Burberry’s creative director, has already created trench evening and mini dresses.) In hopes of getting its 153-year-old label to appeal to a younger generation, Burberry started a social networking Web site (fall, 2009), called artofthetrench.com.

It is the latest effort by Ms. Ahrendts and Mr. Bailey to increase sales by focusing resolutely on the brand’s British heritage, its traditional trench coat and its classic pattern.

”It’s our differentiator,” Ms. Ahrendts said in a recent interview in her corner office at the company’s headquarters here, pointing to the top of the Houses of Parliament as another example of a British icon. She mentions Donna Karan as a brand that also capitalizes on its heritage and home, New York.” 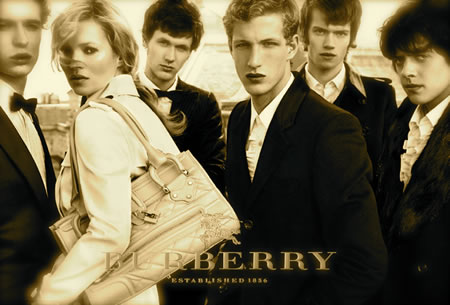 That idea of looking back, and looking forward isn’t that different than the gesture in the opening paragraph, ”It’s not so different from what competitors do,” Ms. Ahrendts said. ”Maybe one was born from shoes and another from luggage, we come from a coat. It’s our job to keep that category hot and cool and relevant for all ages.”

While luxury has faltered in the last two years, leading to massive strategic shifts in marketing and product development, still the legacy is in play — 8 percent decline this past year — the $226 billion global luxury goods market is expected to grow again this year as younger consumers and working women replace retiring baby boomers as the dominant consumer group, according to the business consulting firm Bain & Company.

In her relatively short tenure, Ms. Ahrendts has done well by doing the surprising. She steered the transformation toward a more upscale image started by her predecessor, Rose Marie Bravo.
And like many in the selling environments, universally, retailer bosses — even when not faced with the worst recession since the Great Depression — Ms. Ahrendts reduced costs and streamlined operations, while considering product divisions, expanding lines that resonated and building on what she had in play. Still, the brand patterning suggests legacy, authentic value and sustaining visibility to a powerful, recallable brandcode®.

According to Luxist, CEO Ahrendts said that she wants to see more diversity in the label. Their signature plaid, a.k.a. “check,” is a bit overexposed at the moment due to its tremendous popularity over the past few years and the rise in counterfeit or look-a-like goods. They’re not eliminating the check, but they’re scaling it back already — but still focusing on the art of their foundation as a basis in building on the brand story that’s more than a century old. 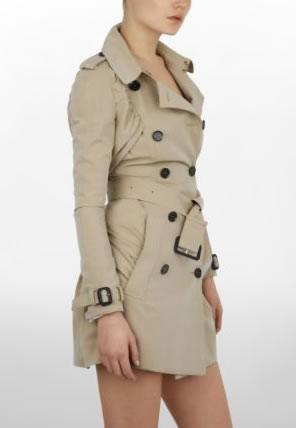 Classically reinterpreted. Our experience, in studying legacy brands, working on authentic and true brand positioning, gives us cause for belief.

Exploring identity and television brand design development. In the past, others have promulgated remarkable use of key-strokable, customized fonts, in the development of motion picture graphics. Friend Kyle Cooper, for one. The nature of type design can gather up the potential to set a sensibility in motion that can start with the designed corporate identity…

Image © Warner Brothers Cinematic brand alignments, at the end of the world. I've worn Oakley glasses for a long time. In fact, at the last adventure, I lost my last pair -- which have probably been around the world at least twice. To the end of considering brand relationships, at least to eye wear,…
We use cookies on our website to give you the best experience on our website. By clicking “Accept”, you consent to the use of ALL the cookies.
Do not sell my personal information.
Cookie SettingsAccept
Manage consent