The Bird’s Nest, Beijing & the Weaving of Energy & Ideas 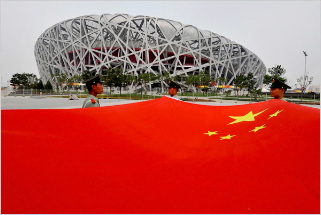 Reflections on the design of Herzog & DeMeuron and the Asian Basket collection at Girvin | Seattle.

There’s an interesting link there, and you might already know about it. Then again, you might not. That is the concept of the nest, and its link to the soulful roots of meaning. And of course, I always go there — soul | root | word:

It’s a place of containment, contentment, a placement of comfort and nestling — coddling and gathering in. And, as has well been pointed out, on this blog and others, 90,000 people will be gathering in The Nest, in Beijing, this Friday. Really, it’s too bad that it’s not 88,888 people coming together — that might be a more symbolically appropriate number, given the Chinese fascination with the good fortune and beneficence attached to that — the 8 — numerical magic [http://blog.girvin.com/888-chinese-branding]. 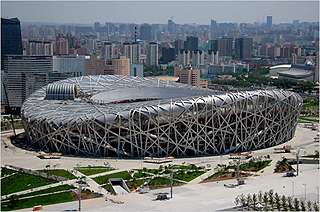 Nicolai Ouroussoff of the NYT has written about it several times, as have I. But he’s coming from a different place, as an architectural critic, even though his thinking is — for the most part — aligned with my own. In the most recent overview, he’s defined it in this manner, which is something that I agree with — the concept of creating, literally, a kind of psychic space in the concept of containment and holding (and I’ve been writing about that idea of holding, nurturing “experiencers” of place [read: https://www.girvin.com/blog/exploring-jean-nouvel-a-classical-french-architect-designer/]). 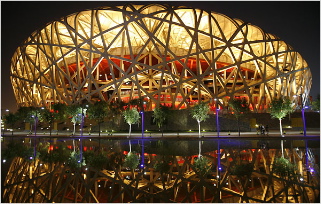 As Ouroussoff intones: “In a site for mass gatherings, Herzog and de Meuron have carved out psychological space for the individual, and rethought the relationship between the solitary human and the crowd, the everyday and the heroic.” 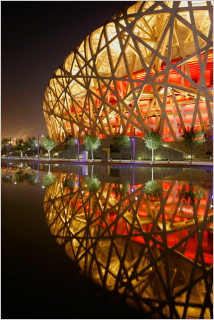 The structure celebrates and highlights “China’s nationalistic ambitions, it is also” — a visually stunning — “a triumph that should cement the nation’s reputation as a place where bold, creative gambles are unfolding every day.” Further, it’s dimensionally dramatic, nearly altar-like in its conception — “raised on a mound of earth to give it a more monumental presence. Its matrix of crisscrossing columns and beams was conceived as a gargantuan work of public sculpture.” I’d agree with that proposition, but what I’m holding to is the concept of the containment, the holding of whirling energy — a vast cyclone of “ch’i” [http://blog.girvin.com/chi-drawing].

He also mentions: “Viewed from a distance, the contrast between its bent steel columns and its bulging elliptical form gives the stadium a surreal, moody appearance, as if it were straining to contain the forces that are pushing and pulling it this way and that. Philosophically, it suggests the tensions just beneath the surface of a society in constant turmoil.” That might support that proposition of writhing energy — that surely you can feel, immersed in the cradle of the architecture of this inventive — nay, profoundly energy evoking sphere. That leads me someplace. That leads me to a recollection of a place. More on that soon. 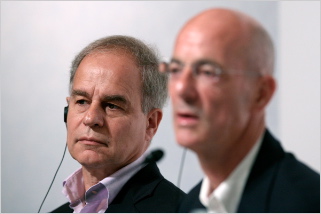 An added collaborative of building amazing things — engineering firm Arup Sport [http://www.arup.com/], strategically and tactically supporting Herzog & De Meuron [http://eng.archinform.net/arch/291.htm] designed a series of cantilevered and enwrapping trusses to support the roof, which accomplishes, as well, the shading of the viewing audiences. There is a mirrored, energized secondary pattern of irregular crisscrossing beams that are interwoven through this frame, “creating the illusion of a gigantic web of rubber bands straining to hold the building in place.”

This stadium’s exterior also sends other messages, certainly, of art fullness — and considering the character of where they began as a design group, and how they won this project in the first place (Allianz Stadium, below:) — showing its energy in gradations of color, as if capturing the vibration of the frenetic soccer fans within. 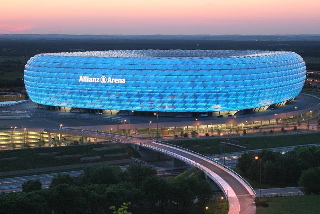 Herzog and de Meuron burst into recognized global consciousness when entire groups of architects began to ram the wall of conventional modernism — looking for the modernistic tinge, yet coupled with the marvelous, in terms of art full intrigue and truly captivating — startling — design explorations and applications. Herzog & De Meuron moved to naturally-leaning, asymmetrical forms and mysteriously light-emitting, translucent materials, patterned surfaces, humanizing senses of place and art –they challenged that rigid, straightline (strait – laced, pardon the spelling) ethos of design principles. For me, this twin pair of geniuses really takes the concept of organic effluence to a new flow of being. And being — being in the place, that is made by empowering and transforming “place, passage, containment, continent(s) into literally — contentment.

Still, energy rules for me. And it’s that swirling, whirling, roiling and boiling of things that are energetically alive, that is the most captivating — these surprises drive me to come back. To come back to memory and my heart. I look for that in design, in art, in architecture. And in objects. But, they, too, can drive me back to a place, a store, a restaurant, to dig in again. To return to the heart of my memory.

Here’s my memory then, decades back, seeking out and finding that roiling, spinning power of a object that seems to concrete the electrifying magnetism of a force of nature, in ikebana no kago — hana kago. Baskets, as nests. 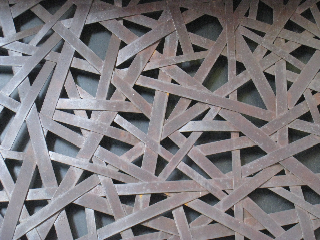 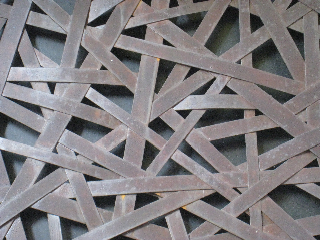 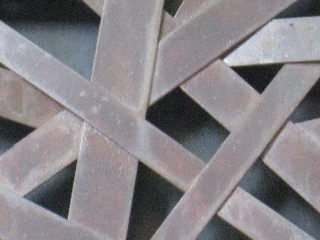 When I first saw Herzog and De Meuron’s work, I went here, went back — to that heart-place — calling me back and back, again and again. 35 years ago, my first discovering, the banding and wild whirling energy of the classical asian basket, woven of bamboo, crackling with tensile energy, curved in torsion and tension. And beautiful. When I first spied them, I was shocked. Captivated by — discipline, freedom, elegance, power.

from the Girvin Ikebana Hana no kago collection: 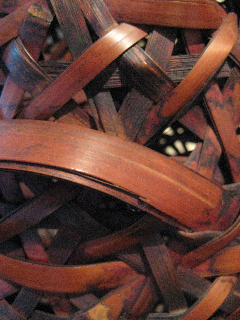 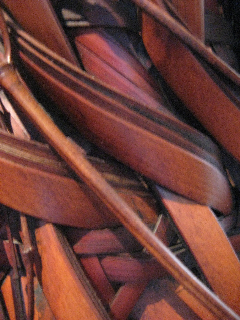 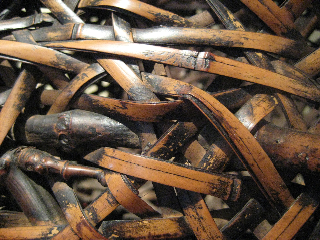 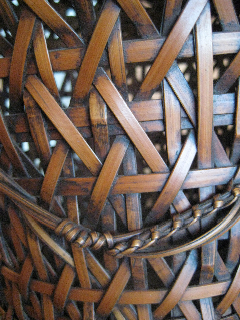 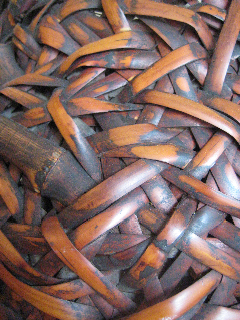 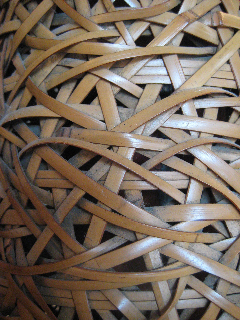 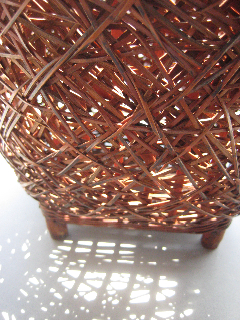 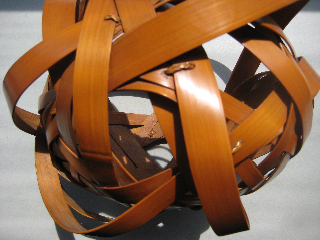 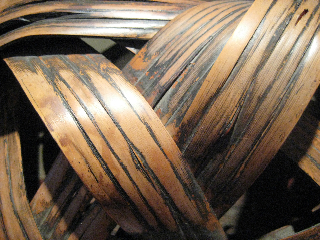 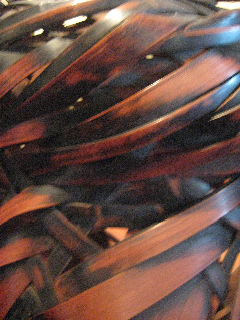 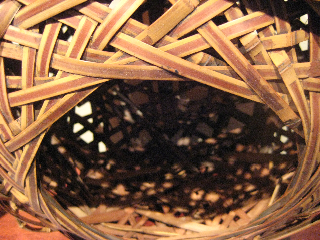 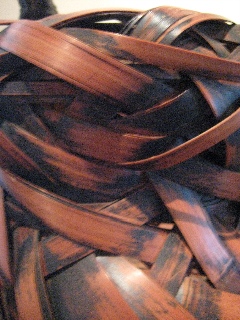 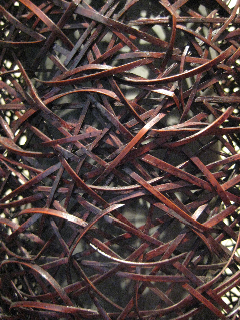 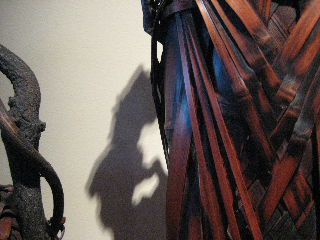 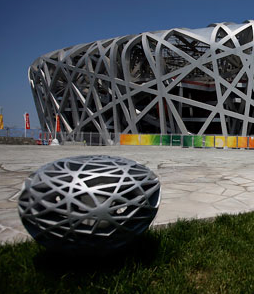 What’s your take? Away?

Examining the identity, specificity in design, architectures of light -- and the creation of place-making: holding and containment in space. This blog is a journey. I find myself exploring architecture a great deal. Pretty much, all the time. What I'm curious about is the idea of containment. Containment, the word, the concept, is an interesting…

Any brand is human. A brand fire is started by a person. It comes from a human spirit and mind: it's made for humans. Human brand. Interestingly enough, this simple equation is sometimes forgotten. People focus on transactions, engineering commerce -- and they just forget about the genetics of heart and emotion, foundation and connectivity.…
We use cookies on our website to give you the best experience on our website. By clicking “Accept”, you consent to the use of ALL the cookies.
Do not sell my personal information.
Cookie SettingsAccept
Manage consent