THE CHANT: Enchantment by Guy Kawasaki 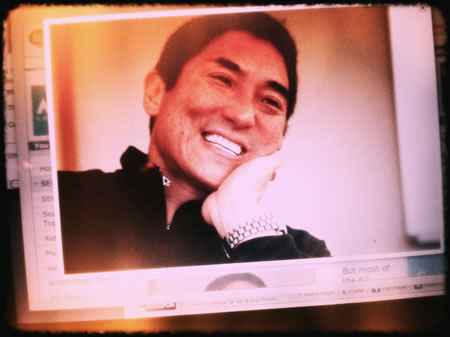 From the start-up, kick-start maestro, a new book.

I’ve studied the strategies of Guy Kawasaki for a couple of decades. Working at Apple, during the early years as a design consultant, Guy swung into play just after my efforts designing for Steve Jobs and the product development team on Macintosh.

But in the emerging years, Guy had a way of channeling the spectacular creative energy of the organization to build insanely great, filtered and channeled examination of what really worked, during the heyday years into a kind of epistle of evangelism. Guy’s real enthusiasm is perhaps the most infectious — it’s the drive of magnetic leadership and teams that are committed, equally passionate and on fire that will mobilize the continued links to the vitality of brand evolution. And the building of community. 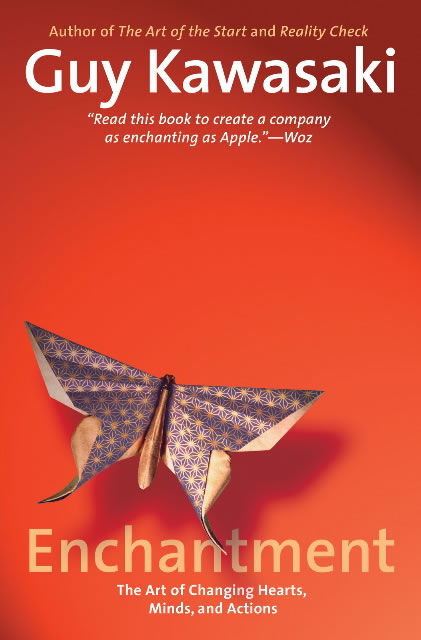 The notion of community — and enchantment — is the heart fire of Kawasaki’s principles. Not only has he formulated the right audience engagement methodology in the launching of his book concept, which has surged to the top of the chain of bestseller weeks in the opening sales of his first boost into the market. In a note, he offers in his typically ebullient manner, “I had a very happy moment this week because Enchantment made it to the New York Times bestseller list in the category of Advice, How-To, and Miscellaneous. This happened in the first week that the book was available to the public.” This is an achievement.

More so, it points to how well he knows how to make it work. There’s something to be said for the proverbial strategist that has plenty of theories, but rarely seems to mobilize them in actuality. Kawasaki’s theories of conceptual innovation and audience embracement are based on decades of experiment and improvement — it’s not a quick shot. Guy’s search reveals a lot of giving (try Google, his name, to see what pops) — which is at the heart of the strategy: (create) and give something thoughtfully amazing; tell the story right, people will be captivated (captured) and sing the chant of connection, spreading the word (and the world).

The idea of enchantment is really about that — creating something remarkable, but then more importantly, building the internal teams, the motivations and connectedness, and finally how to get that proposition out there in a manner that people listen, engage and respond. Significantly, it’s a lot more complicated than planners often think. “Sure, it’s a great idea, people will buy it.” But where is, as Apple puts it, the magic. That idea of magic is surely part of the equation — these days, we all need magic to be enchanted. Chanting is about magic and focused attention. Attention, as we all know from grade school, is where it’s at. The more attention and commitment (by a guest, consumer, customer, experiencer) the more attention the originator can lavish on the teams that are supporting the brand, the story, and how that gets out to the rippling communities.

In Guy’s worldly visioning, the drop of one pebble can be a beautiful gesture — perhaps Zen-like in character, the contemplative sensation of total engagement — and the vibration of that rippling, rolling out, like the watered movement of that expansion, sound waves, energy spreading the epiphany of surprise, amazement, wonderment and enchantment to the wild, wide and beautiful world.

Kawasaki’s choice – enchantment, it’s a long legacy back that especial word, perhaps 4,000 years to the seed sounds of ancient languages. To etymology — why that word?

chant: the last bridge to the present era, from the late 14th century, from Old French chanter “to sing, celebrate” (12c.), from there, the Latin cantare, frequentative of canere “sing,” from the ancient linguistic vortex, the Proto Indo European base *kan– “to sing” (cf. Greek: eikanos “cock,” Old English hana “cock,” both lit. “bird who sings for sunrise;” Old Irish caniaid “sings,” and the Welsh canu “sing”). Related words? Chanted; chanting. The noun — the chant — is recorded from 1670s, from French, derived from Latin cantus, from past participle stem of canere. And enchantment? That adds to the bewitching, the charming — the capturing of hearts and the captivation of minds.

Enchantment — surely, do you sing the song? Will you chant along? Are you entranced?

Guy’s book is a detailed orchestration of that principle — it’s not a superficial personal branded marketing enterprise, it’s a tool book to make it happen.

Sing, now, the chant and be enchanted.
Buy it, here.

t i m | decatur island
–––
CREATING BRANDS THAT ARE LOVED:

Girvin The dark tars of wood, fire, ash and burning. Scents as evocations -- the voice of the object and the emanation of its story. I contemplate the splitting wood -- cracking open the fragrances with an old axe. Burning the wood in my studio stove, I can scent the smell of the wood transposing…

Love of Letterpress | The Foundations of Typographic Design

The impressed letterform: elegance, beauty, sensuality At the beginnings of my career, I'd studied with a letterpress jobber -- first in Denver, then an old Linotype operator and finally in Olympia, at the Evergreen State College. I'd count that time as critical, the hands on application of thinking, designing, to the arrangement of little metal…
We use cookies on our website to give you the best experience on our website. By clicking “Accept”, you consent to the use of ALL the cookies.
Do not sell my personal information.
Cookie SettingsAccept
Manage consent