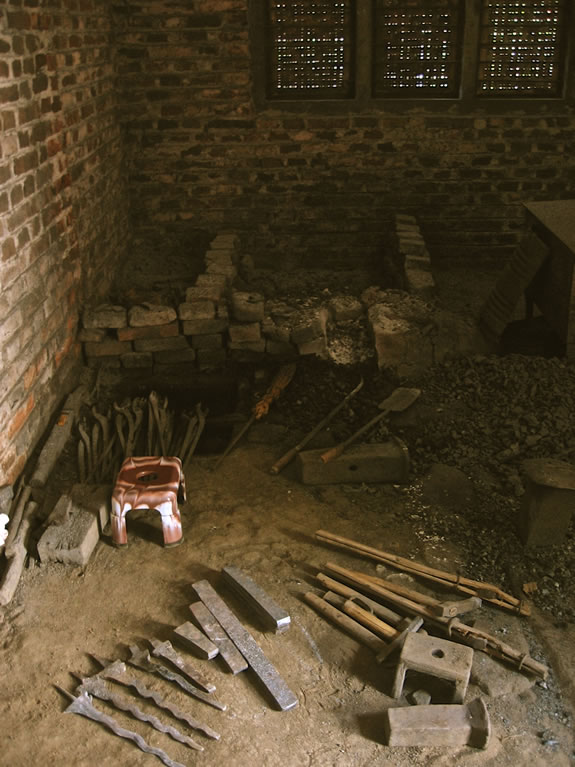 I’m not big on knives, except as objects of art. And magic.

Earlier, I’d worked on a set of knives as handmade craft objects, of dense detail, material and alchemical manufacture. Then, working in Java, I learned about kris.

Or as some spell it, the keris.

My explorations of the keris has been slow and long.

I’ve treated it as a progressive examination — and finding anything, finding one thing that is a new discovery — it’s a wondrous thing.

I believe that there have been a series of encounters, that have been rather magical — learning points. For one, being guided by village security on the day of silence, Nyepi — a couple of years back, in Bali — to a keris maker’s home, spending time with him and his family, exploring and learning. And of course, without any word of English. 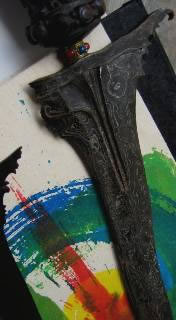 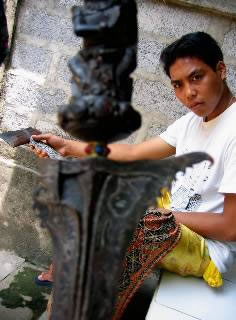 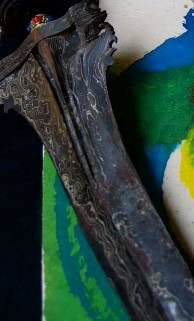 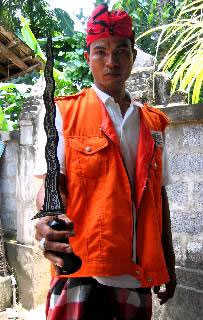 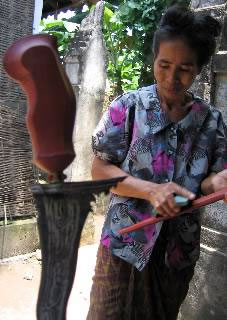 The guard (with the orange coat) shows that typical village security temple coat (either that, or black with poleng). And, one of the keris blades. I’ve rested some of them on a journal cover from my state side writings.

I’d traveled to Yogyakarta with Dawn Clark — and met with another keris maker there. 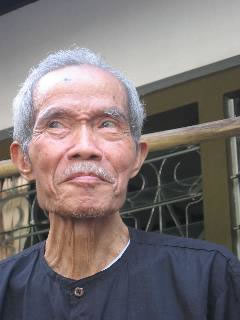 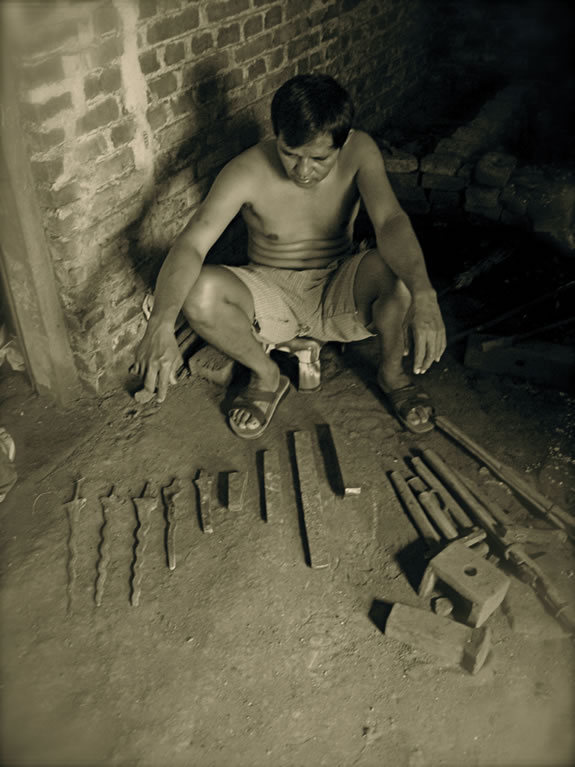 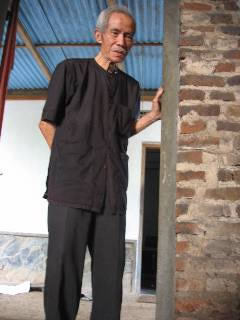 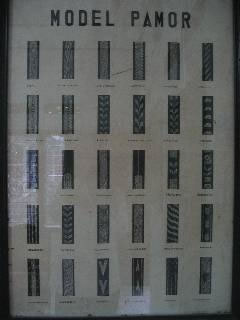 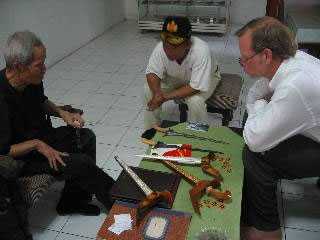 Our guide explained this to us, in meeting with him — the explanation of the mystery of his work, how long he’d been making blades, the range of his clientele. We’d worked out the idea of having him make one for us. But had insurmountable challenges in trying to get the money to him, his bank. Finally, even working through our guide in Java, it couldn’t happen, it seemed. Then, the earthquakes in Java, the eruption of Merapi. And finally, this elderly master died, before we could reconnect with him. His son is shown there, in the imagery, as well — I’d presume he’s continued in the steps of his father.

Since then, I’ve acquired some of these blades in different parts of Java and Bali.

Others, from the Kraton in Yogya. Others, elsewhere. But not so many…Maybe 5 or so.

There is much alchemy in the magic of these blades…days of meditation, spiritual cleansing and prayer, preparation of the materials and days of work —

It is, the journey, magical making: a matter of learning how to be patient, letting the knowledge come, as timing and the windows to that world would allow…

The Exploration of Personal Ritual

Getting to the soul of things. What is a thing? I’ve wondered about that. A thing. thing I look into the place of where words go, where they have been, and what stories they tell: O.E.D: “meeting, assembly,” later “entity, being, matter” (subject of deliberation in an assembly), also “act, deed, event, material object, body,…

A JOURNEY OF MAKING: SIGNALING THE POINT OF ENTRY I’ve been working on a string of projects that think about entry — about doorways, about sequences in — ways of finding the outside skin: the way in, then the inside out. Once you’re in, then what is your pathway out? The question might be —…
We use cookies on our website to give you the best experience on our website. By clicking “Accept”, you consent to the use of ALL the cookies.
Do not sell my personal information.
Cookie SettingsAccept
Manage consent