The Dark Force | The Return of Myth in Brand Design

Exploring the concept of an emerging dark luster in design, it might be more so about the exhausting confusion and difficulties of the present market — and the swirling chaos of the near future.

What’s happening now? Is the end nigh? Or night, near? What is wrong with where the world is heading? Is it possible that fashion – now in the later stages of design for 2008 — is beginning to show a darker visioning. 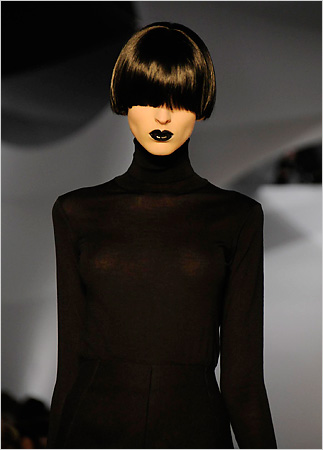 YES! – to the revelations of the shows launching earlier this year.

This last summer, enormous audiences formed at the Russian pavilion of the Venice Biennale to view a weirdly apocalyptic video installation — a three-screen by a collective known as AES+F. (http://www.aes-group.org/last_riot.asp) 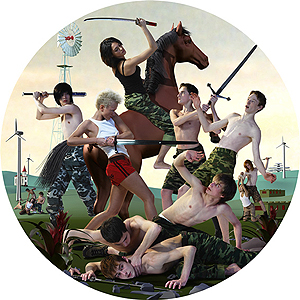 Set to Wagnerian operatic scoring, as artists typically blasted the leitmotif as The End of things as we know them, this reach seems emblematic of what’s happening. To that scale of that expression, and what it means for fashion — the end is nigh is rarely the point. It’s the challenges that are faced in the confusion of what might seem The End (of an era, a sense of stability, the way things were…)

“What matters is that, when people fear shifts in the cultural tectonics, they tend to reach for myth and the verities. And, while it may seem like a stretch to extend this observation to a sphere as ostensibly superficial as fashion, it was hard to come away from the season just ended here without thinking that dressmakers are spooked by the cold breath of change.”

Recently concluded — this past month, the Paris fashion design season expressed the opinion of standing guard at the darker edge. And while there might be trouble brewing in the world, there is, as well, bubbling turmoil on the fashion front. What’s happening?

All of this is profoundly challenging for designers — burdened under the expectations of global manufacturing giants and multinational publically held corporations, it’s a whole new game. An observer to fashion in Paris — “Mr. Gaubert, a seasoned D. J. who has spent decades creating aural backgrounds for labels like Saint Laurent and Chanel, noted how the increasing rapidity of fashion’s production cycles seems to affect everyone. “Look at the number of outfits people are showing,” he said. “Look at how many shows there are a day. Look at how many cities and markets buyers have to think about.”

“Even the shows themselves are getting faster, an impression confirmed — models now break from the gate like sprinters. They have to in order to make it up and back a 90-foot runway in time to whip backstage for the next change of clothes.

“The demands on everyone are constantly growing,” Mr. Gaubert said, referring not just to the twice-yearly ready-to-wear collections, but also to the couture presentations some labels produce, as well as precollections and resort collections and — ka-ching! — accessories.

“People can’t keep up,” he said. “The demand is insane.”
So, perhaps in response to this, designers retrench.”

They gather up earlier, classic or conservative ideals — defining the clothes that match the time, the ethos and perhaps, the mythical character that might be inherent in that fashionability.

Mr. Pilati was not alone in advancing the concept of becoming a logo machine — even though he’s been quoted as saying it’s not good “to go out as advertising a brand anymore”. 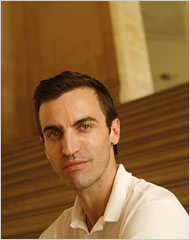 At Balenciaga, Nicolas Ghesquiere designed a similarly dark grouping — producing a collection that felt formalist, yet “as banal and frivolous as grabbing an after-work cocktail.”

At Prada in Milan, Miuccia Prada offered a gathering of darker intimations: 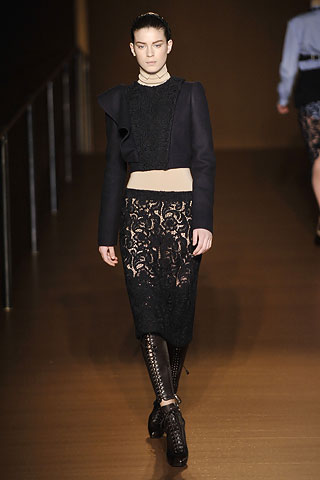 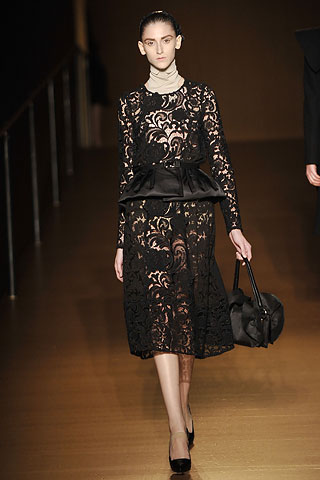 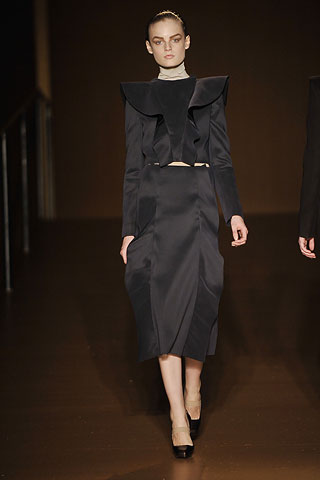 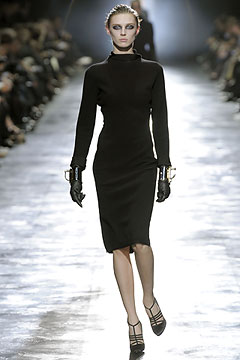 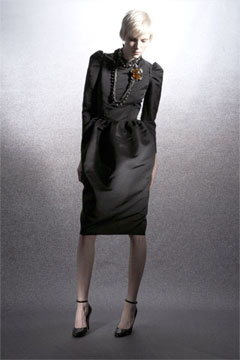 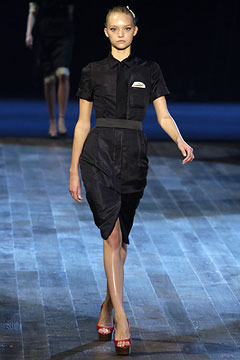 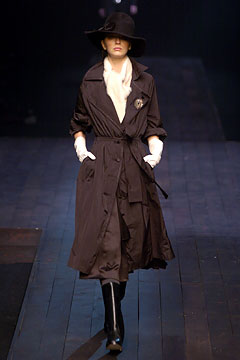 And at Givenchy, Riccardo Tisci showed “dresses that had a renunciatory feeling. They were clothes for a streetwalker who has forgone her wicked ways and taken the veil.” 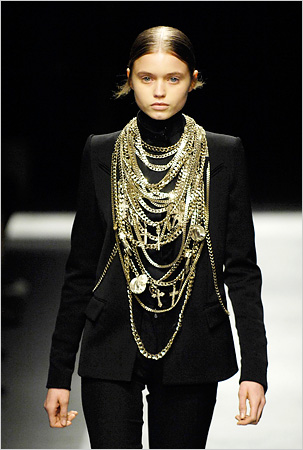 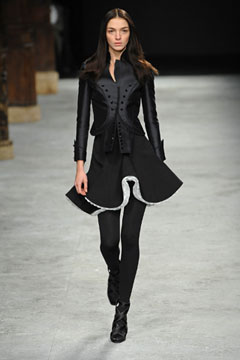 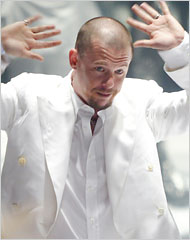 “The Girl Who Lived in a Tree,” Alexander McQueen, was mythically inspired by a legend of his own telling (he doesn’t believe in anything religious, so he made up his own) — a maiden lives in a six-century-old elm in his English garden, and comes out at night to, Cinderella-like, meet a prince and become a queen.

The inspirations, actually, might be a little unclear — the designer has recently toured India, the queen might have been a wilder, darker, mother image of Victoria. A darkened “Raj Barbie, a creature from a music-hall pantomime, clad in what one critic described as “ballerina-length, multi-flounced dance dresses, each more insanely exquisite than the last.” 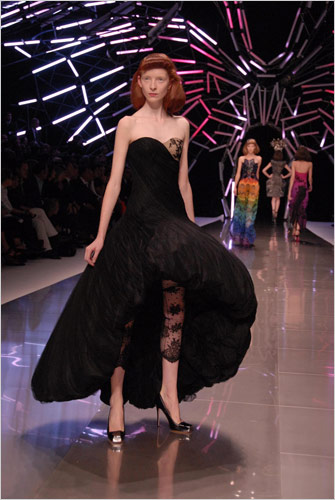 Sadistically trussed in a perversity of tightened corsets “easy to read as a clue to a control fetish, something autoerotic.”

Frilly explorations of the darker dance of myth (and Alexander McQueen’s fabled world): 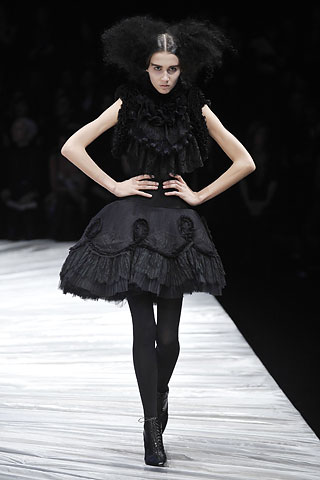 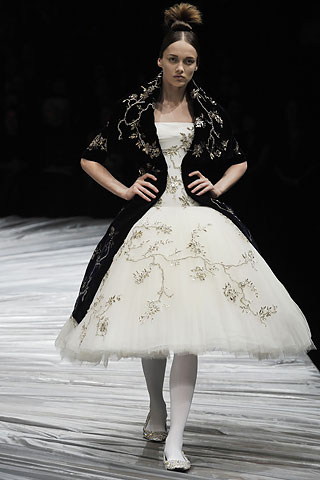 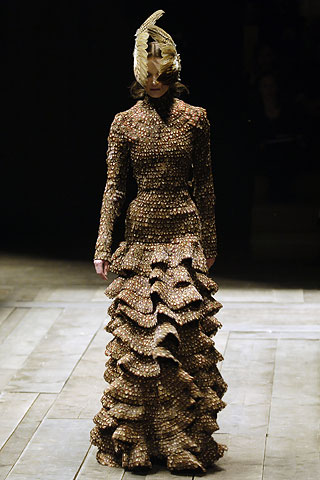 all from Style.com | Marcio Madeira

Even the stylized clothes Marc Jacobs showed for Louis Vuitton were devout, darkly so, at least in their allegiance to traditional French style ideals. 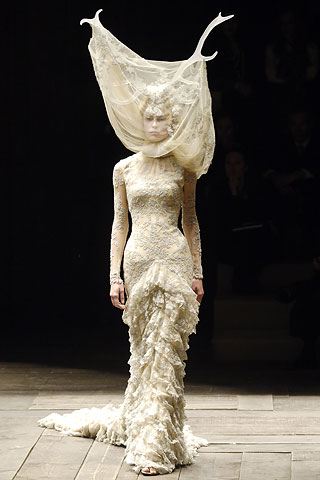 While we know that Alexander McQueen evokes nothing of formal spirituality — he makes it up to please his sense of direction (no one should be held down by anyone else, to his thinking), everybody else, “as the artists who made the “Last Riot” seemed to understand, is looking for a faith, however misguided or outright spurious.”

And looking back, looking for the threads that might lean to the mystery of what’s been done (and what’s worked, classically), others — perhaps what might be called the mature masters, hold resolutely forth — looking to the future, only. Never looking back. “Few designers treat the idea of submitting to anything other than the zeitgeist with as much lip-curling disdain as Karl Lagerfeld. “I don’t believe in anything,” he said recently in an interview with the French editor Olivier Zahm. “I envy people who have faith. It must make things easier.”

Yet Mr. Lagerfeld, in his 70s, is “devout about promoting what one French critic called, correctly if pretentiously, “the sacralization of consumer goods.” 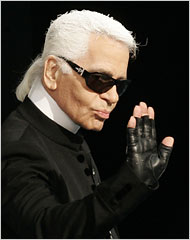 And, to further parlay his visioning, he set his Chanel show at the Grand Palais this recent run (2008), on the propped installation of a gigantic molded carousel — celebrating his marketing with oversized versions of the classic Chanelisms of ballerina flats, sling-back shoes, quilted handbags and camellias. Fashion, gleefully, must go forward — no dark myths to play out — it’s shopping baby, shopping! 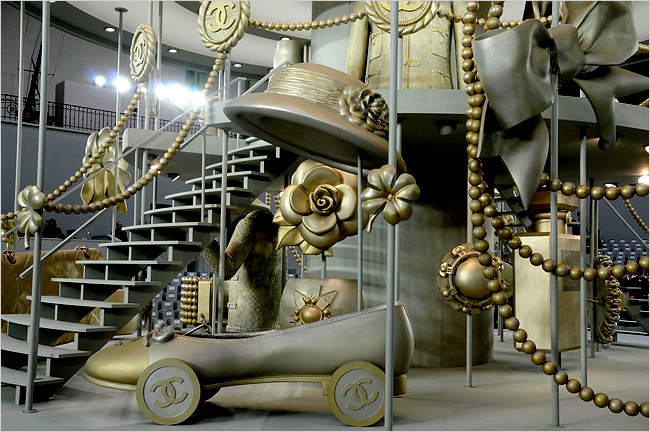 There are cycles — of darkness, and lightness; there are similar alignments with our psychic presence — how we, as people, or we, as designers, as creatives, react to what’s happening in the world. Our world, our work, our close connections at hand. If things are dark, are we designing darkly?

More gestures to the dark side, considering the cycling I’d referenced in the beginning. 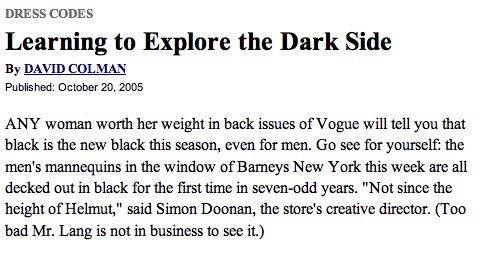 So, if you’re feeling dark, beset by the challenging times, I’m wondering about that — how does that affect you, your psychic space, your creative efforts. What’s your take?

Buzzing, twittering, twitching: Exploring community development in online new media launches. When I was at TED | Aspen, last month, I found myself in a world of people -- my age and younger, late 30s, 40s, 50s -- who were communicating with each other in interesting, technology-driven ways. And TED is surely the place for…

Exploring the community of scent | Sniffapalooza