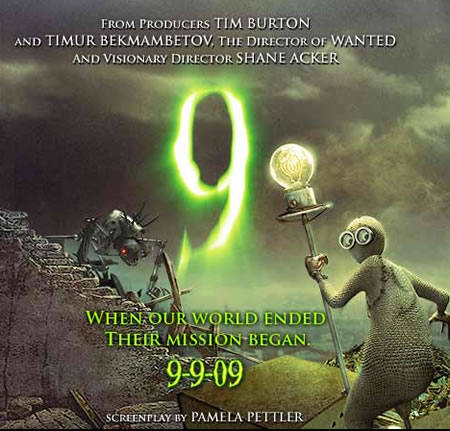 I’ve been studying some thematic elements in Russian society — a sense of myth, Slavic legend and a kind of genetic leaning in the personality of Eastern European storytelling — and, of course, how that relates to brand. Getting into that will be another story — down the line. I’m working on that. And, as well, I’ve been looking at other patterning, in storytelling, in strategy, in humans — and in the brands that they make. 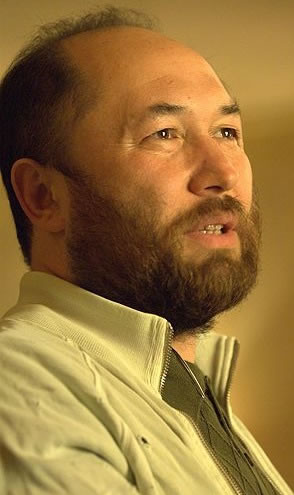 Part of that brings me to Timur Bekmambetov — a director that (worked on 9) seemingly lives in the string of storyplace that relates to the sense of darker myth. The thread that I’m exploring, yet again, is the idea of the metaphoric bridge to humanity, to mind, to psychic space — and what that means in the place of story. And literally, place. Sometime back, with a friend of mine, a social worker, therapist, we used to talk about the idea of psychic space — the concept of a place of holding and containment; the principle of memory and mindfulness. This place, to my observations, is, as well, where the metaphoric intention lives, the poetry of allegory, the framing of allusion — the idea that there is an alignment between the deeper thread of the mystery of living, and what that means for us, as we move in the channels of experience.

So, to the allegory of the end of the world would be happening, today: 09.09.09, it’s part of that presentment that there’s a deeper numerical alignment to the mystery of things. A friend of mine, now passed, would support that sentiment — Dr. Annemarie Schimmel. She wrote about it, wrote to me about that…

But, to a string of explorations, I’m looking for the symbolism of the heart of the brand – and the story in which it thrives. 09.09.09 might be there, as well — the story told. And the link, to the mythic underpinnings of the work of Tim Burton, who similarly savors the nature of content that lies beneath the surface of the immediately perceived, and Timur Bekmambetov, another whose work walks below the tide, to see things that rest an d move on another pace of the existential.

So what about 09? There’s a link to the idea of the sense of the forthcoming — what’s out there; and what might be found in futurity. An intriguing reference, noted: “Shakespeare’s Othello, when the downtrodden Cassio, mystified about why Othello has turned against him, beseeches Desdemona to tell him whether his “offense be of such mortal kind / That nor my service past, nor present sorrows, / Nor purpos’d merit in futurity / Can ransom me into his love again.” The term was also used by Benjamin Franklin (“I must one of these days go back to see him . . . but futurities are uncertain”), and Sir Walter Scott wrote of events “still in the womb of futurity” (that is, events that hadn’t happened yet).” The future holds something over us all — in the telling of the augur, or in the trend of the persistent, or the myth of the new; cycles repeat, the ouroboros unwinds and recoils.

To the nature of the end of things, there’s a curious aside from Ray Kurzweil — worth checking out. A quick aside, to his overview (there is much more): “This technology is becoming increasingly intelligent. Our civilization is already permeated with intelligent software performing tasks that used to require human intelligence. The most important trend is that we are making exponential gains in understanding the best example of intelligence that we can get our hands on: the human brain. We already having working models and simulations of two dozen brain regions and we will complete the job within twenty years. So by 2029 we will have machines that rival human intelligence and ultimately go way beyond it.

Since we first had fire and stone tools, technology has been a double-edged sword. We have indeed created tools that could destroy humanity. We still have thousands of thermonuclear weapons on a hair trigger despite the end of the cold war. We also have new existential risks. For example, the same biotechnology that will enable us to reprogram biology away from disease could also be used by a bioterrorist to reprogram a biological virus to make it more deadly, more communicable, or more stealthy.

On the other hand, technology has helped us to overcome suffering. Thomas Hobbes aptly described life a few hundred years ago as short, brutish, disaster prone, disease filled, and poverty ridden. Human life expectancy was 37 just 200 years ago. We’ve come a long way. But the dangers are still with us.

In the world of 9, this dark side of technology has already destroyed humankind before the movie even starts. Although this is not my vision of the future, it is a possibility that we ignore at our peril. In the movie, humanity was destroyed by an artificial intelligence (AI) run amok. Artificial intelligence at human levels and beyond will indeed be the most powerful technology we will ever create. We need to enhance our intelligence with AI to solve the major challenges that humanity faces. But if future AI’s do not reflect our human values, they could turn on us, a scenario well known to fans of science futurism movies.

I’ve written about the other darker trends — which, to my comment and reflection — symbolize something. Disaffection. A search. Finding something beneath the surface? A right, to the light, a fight, to the dark?

The end of things which — in being seen, becomes “un-scene”. Like anyone with a bad habit, there’s exploration of doubt. Then, the brand emerges — a fire of a story.

What I look for is the symbolon. That which is, literally, thrown together. “The word “symbol” came to the English language by way of Middle English, from Old French, from Latin, from the Greek σύμβολον (sýmbolon) from the root words συν- (syn-) meaning “together” and βολή (bolē) “a throw”, having the approximate meaning of “to throw together”, literally a “co-incidence”, also “sign, ticket, or contract”. The earliest attestation of the term is in the Homeric Hymn to Hermes where Hermes on seeing the tortoise exclaims συμβολον ηδη μοι “symbolon [symbol/sign/portent/encounter/chance find?] of joy to me!” before turning it into a lyre.”

What co-incident, in thought explored, can you see? I believe, as strategists of the brand — and the fire that is represented in that humanity — we need to be doing just that, realizing that which lies closer to the heart, less seen, but more needfully known.

Designing the brand as an excursion into the extraordinary: imagination and digital place-making in adventure. Girvin has thrived -- and designed -- for decades in the extraordinary, the enchanted, imagined environment as a place of design marvelment; since the beginning, it is the practice of creating branded, integrated designs -- telling stories - that reside…

The wheel brandstory: art brand or brand art There's an art to brand, and brand to art -- I've noted that idea before, in the work of Koons. But this story is different -- and if you go no further, then at least look at this link: Anyone savoring the idea of sketching -- then…
We use cookies on our website to give you the best experience on our website. By clicking “Accept”, you consent to the use of ALL the cookies.
Do not sell my personal information.
Cookie SettingsAccept
Manage consent