The Etymology of Infection, Virus and Video: the FIFA World Cup | 2010 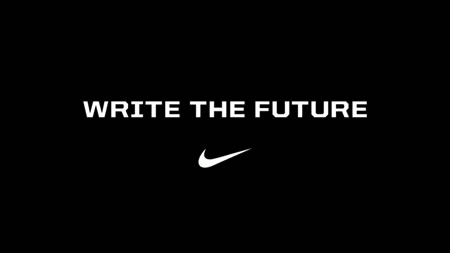 Exploring the word, the history, the meaning of infectious content.

It’s interesting to me to look into the context of the framing of language; and it’s not an infrequent comment to me – “is that a real word?” I will confess to sometimes using words that seem invented, but more often than not, when I’m grappling with the right word, it will come to mind, and if there’s any risk of something that’s simply “made up” I’ll check it out. Doing that with frequency lends itself to constant traveling down the thread of a word back through time. Etymologies are consistently framed in reverse, starting with the word that’s most recent, ranging backwards in time to what is considered the origin. Searching and learning about word histories is rarely confined to the obvious — Greek and Latin alone — it spreads out, and like a long-running virus, very far back in time. 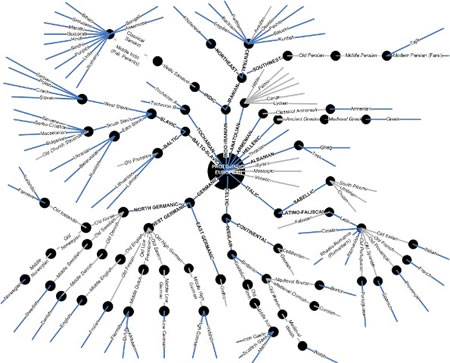 This might be merely decades, or it could be back thousands of years to prototypical seeds sounds that lie in the mists of the so-called Proto Indo European source of much of western linguistic tongues. 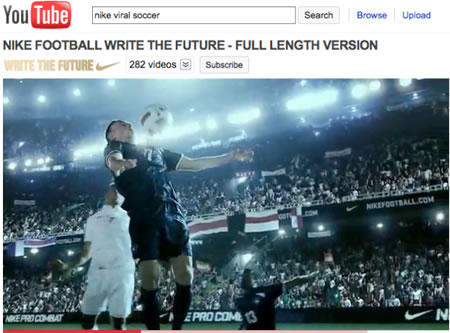 Working in Chicago, with some soccer fans, we roused to the energy of Nike’s viral additive, created by Weiden & Kennedy. It’s a legendary story positioning — tightly and brilliantly edited — as a brand saga for what winning — and losing — is all about. 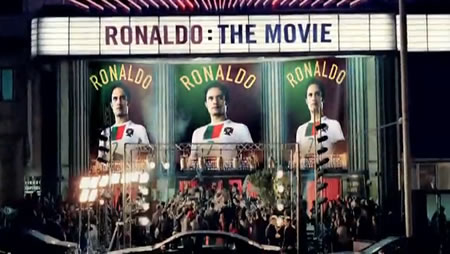 Winning is fame; losing is dearth. 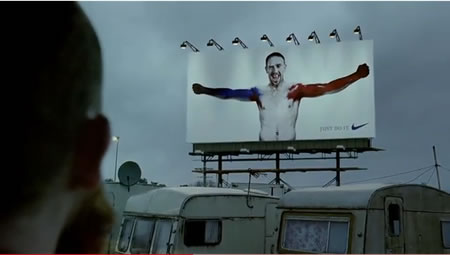 A great archetype of brand storytelling, wholly embraceable, great sound — spectacular. Watch it for a microcosm. 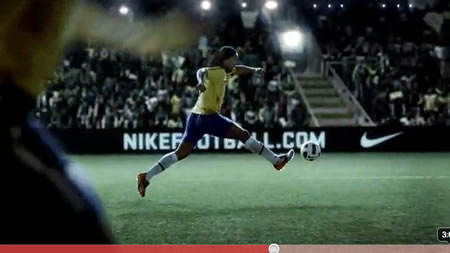 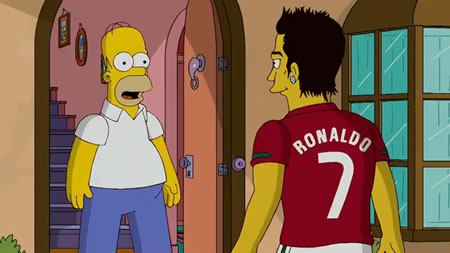 It’s interesting to contemplate, for a moment, the legacy of infection, viruses and the implications of video. In each, there’s a lesson that’s applicable.

Infection
To infect, is a word that last enters the etymological tracing in the late 14c., from L. infectus, pp. of inficere “to spoil, stain,” lit. “to put in,” from in- “in” + facere “perform” (see factitious). Factitious is a deepening, it’s latest threading is from the 1640s, from L. factitius “artificial,” from factus, pp. of facere “do” (cf. Fr. faire, Sp. hacer), from PIE base *dhe– “to put, to do” (cf. Skt. dadhati “puts, places;” Avestan dadaiti “he puts;” Old Persian ada “he made;” Hittite dai- “to place;” Greek tithenai “to put, set, place;” Lithuanian deti “to put;” Czech diti, Polish dziac‘, Russian det’ “to hide,” delat’ “to do;” Old High German tuon, German tun, Old Saxon, O.E. don “to do;” Old Frisian dua, Old Swedish duon, Gothic gadeths “a doing;” Old Norse dalidun “they did”). Infection then, to interpretation, would be about putting some thing in, to do something — like, classically, to spoil or stain. One might presume that this has relevance to the notion of something being circulated that is “staining” — but that context of doing is about altering. To infect is to flex change in an experience — stained or otherwise.

Virus
Virus is simpler, to the notion of staining or “putting some thing in”, from the late 14c., “venomous substance,” from L. virus “poison, sap of plants, slimy liquid,” probably from PIE base *weis– “to melt away, to flow,” used of foul or malodorous fluids (cf. Sanskrit visam “poison,” visah “poisonous;” Avestan vish– “poison;” L. viscum “sticky substance, birdlime;” Gk. ios “poison,” ixos “mistletoe, birdlime; Old Church Slavonic višnja “cherry;” Old Irish fi “poison;” Welsh gwy “fluid, water,” gwyar “blood”). To the main modern meaning “agent that causes infectious disease” which was first recorded 1728. The computer sense — spreading poison — is from 1972. Adjective form viral was coined 1948. Virus, to interpretation, is entirely about poison — infecting being the putting in, and virus — virulent — speaking to the quality of the toxic. But it’s interesting that potentially, to the ultimate legacy of the word, to reaching back 6,000 years to the Proto Indo European seed linguistic era, that virus might’ve come from a kind of dissolving, a melting away. And in this, there’s an alignment — viral content comes in, then perhaps in the ancient context of malodorous flow, slowly dissipates away. “But what in the world happened to Google’s incredible “Chrome Speed Tests?” The video, a feat of technical and digital mastery, debuted in first place two weeks ago, but then disappeared completely from this week’s chart, like a viral ghost. Perhaps if it showed how fast YouTube loads on Chrome, it might have stuck around?” (Advertising Age)

Video
Lastly, a quick reference on video, which is entirely recent, but based on deeper contexts of “holding” and perception, reaching back to 1935, as a visual equivalent of audio, from the Latin video “I see,” first person singular present indicative of videre “to see” (see vision). Videotape (n.) is from 1953; the verb is 1959, from the noun; videocassette is from 1971; video game is from 1973. Videocassette recorder is from 1971, now usually VCR (also 1971). Exploring the root of video brings the examination back to the late 13c., “something seen in the imagination or in the supernatural,” from Anglo-French visioun, Old French vision, from the Latin visionem (nom. visio) “act of seeing, sight, thing seen,” from pp. stem of videre “to see,” from PIE base *weid- “to know, to see” (cf. Sanskrit. veda “I know;” Avestan vaeda “I know;” Gk. oida, Doric woida “I know,” idein “to see;” Old Irish fis “vision,” find “white,” i.e. “clearly seen,” fiuss “knowledge;” Welsh gwyn, Gaulish vindos, Breton gwenn “white;” Gothic, Old Swedish, Old English witan “to know;” Gothic weitan “to see;” English wise, German wissen “to know;” Lithuanian vysti “to see;” Bulgarian vidya “I see;” Polish widzieć “to see,” wiedzieć “to know;” Russian videt’ “to see,” vest’ “news,” Old Russian vedat’ “to know”). The meaning “sense of sight” is first recorded, late 15c. Meaning “statesman-like foresight, political sagacity” is attested from 1926. Video, interpreted might relate to the notion of vision and more intriguingly — seeing and knowing. The puzzlement of the idea of seeing something, then knowing about it — as a result of seeing — is a foundation to the concept of knowledge. What is seeing, but standing in sight of an “object” and therefore, seeing is believing, knowing it.

That idea — seeing and knowing — unto itself is a far more complex undertaking, but the idea of thinking about the deeper import of the concept of viral content as being a kind of inserted infection that allows “knowing” is an interesting interpretation of present promotional marketing action.

I see. I see more. I see more deeply. I know.
And, to the spirit of brand relationships — and to the community that surrounds FIFA and the World Cup, 2010 — 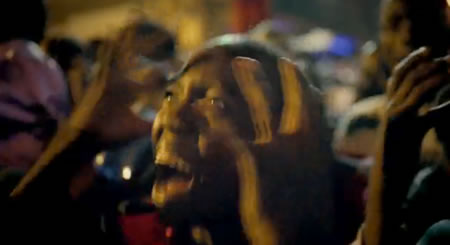 Nike’s spot, incidentally, has more than tripled since the opening days of it’s launch.

I can remember when my daughter Madeleine, during the 1980's, first encountered our first Macintosh computer. Just like that -- the above. Interface, holistically, can be enrapturing. It's becoming hard not to write about Apple. The love of the brand -- and yes, I know there are some of you out there that don't --…

Imagery source Exploring meaningful enterprises, true stories and the people that have created them. I'm looking for true brands, brands that are seeking to represent themselves in the most authentic manner, have stories in play that are based on the profundity of (their) human exchange -- shared within and without -- given freely, in the…
We use cookies on our website to give you the best experience on our website. By clicking “Accept”, you consent to the use of ALL the cookies.
Do not sell my personal information.
Cookie SettingsAccept
Manage consent