The flow of Flowers 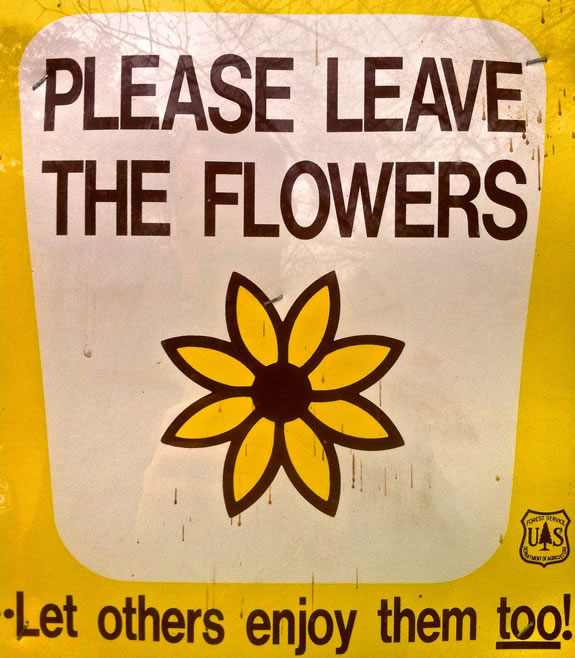 Drawing People
[in] with Flowers, the Flow
of Story in
the Craft of
Rendering Ideas

In my beginnings, I drew flowers — and sold them as art pieces and gifts; then, at Christmas, I did groupings of flowers, silkscreened and signed in limited editions of thousands. People collected them. The list grew and grew, so that Christmas time became days of work signing the full sized serigraphed prints. I’d go places, visiting recipients and find that the flower prints were the key art in office suites, Doctor’s offices, clients, and friends’ homes.

I was surprised how popular they were. Aside from their sheer graphical power, strikingly colored and profoundly saturated contrasts — they were simple treatments — brush-stroked renderings I still have parts of the run of every year during that period.

What I realized, in the end, was that aside from their “prettiness” it was the fact that they were of archetypal imagery. Everyone has a relationship to flowers — they, in their inherent symbolism spoke to the opening that each of us feel — we see a flower and its type, its coloration, each reflect and say something about who we are,
and when our
hearts first opened.

That patterning of the seed, the shoot, the stem, the bud, the efflorescence of blossom, the pistil and the stamen, the petal, the curling leaf — each part is symbolic, each tells a story and each reaches into our history, and the individual psychic place of memory and what we hold in our lives going forward. What we hold is everything; it’s what we carry — and in the etymology of carrying, from the Latin relatus — it is our relationships, and the stories that we pass into our communities.

Later, I thought that the 18×24″ posters were too complicated to build, sign and distribute, [often me, carrying dozens, like a poster hanger to offices all around the town] so we created another version — a string of them, over the course of a couple of years.

Is it possible that flowers are really emblematic of flow?

Flow,
notes from
our past.

To flower is to flourish.
An offering like these,
to story, is a bridge to
the gesture to
the state
of flourishing. 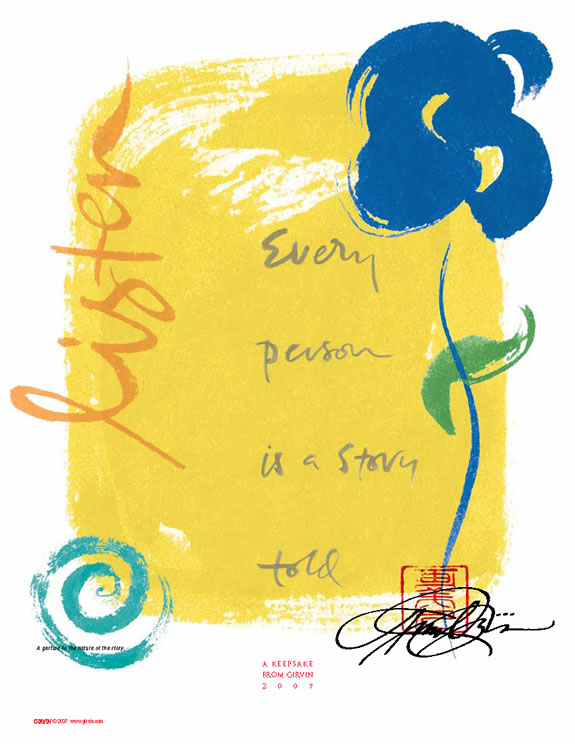 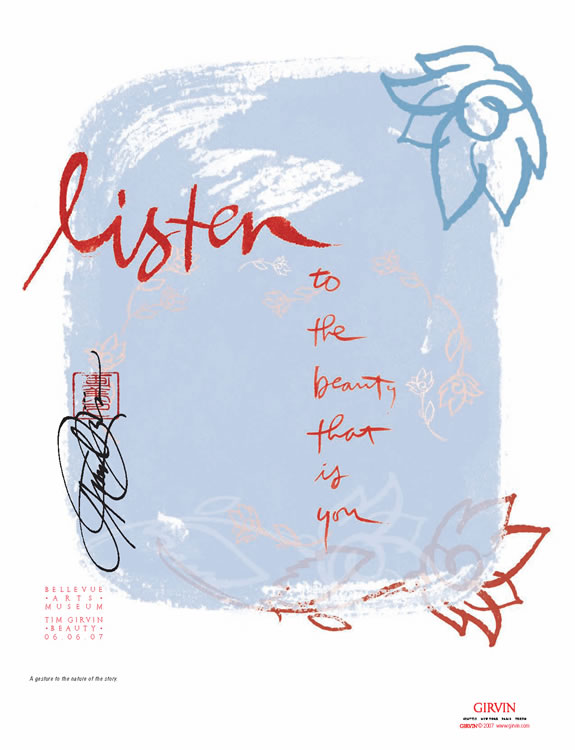 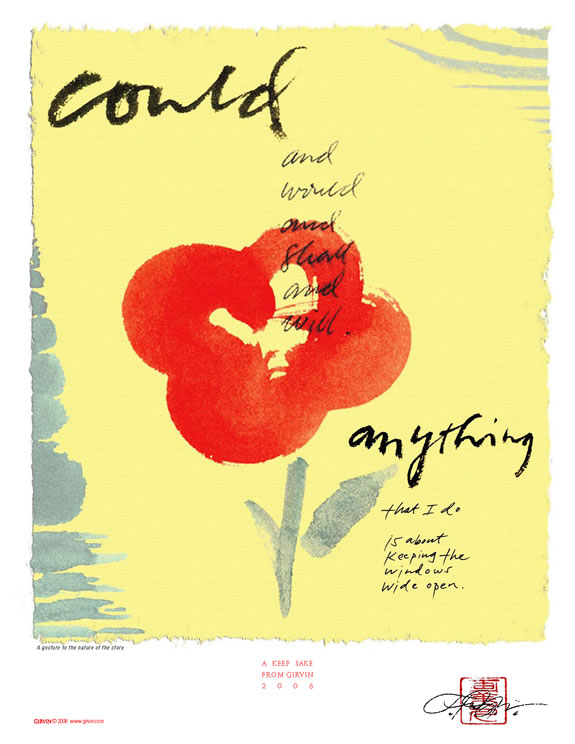 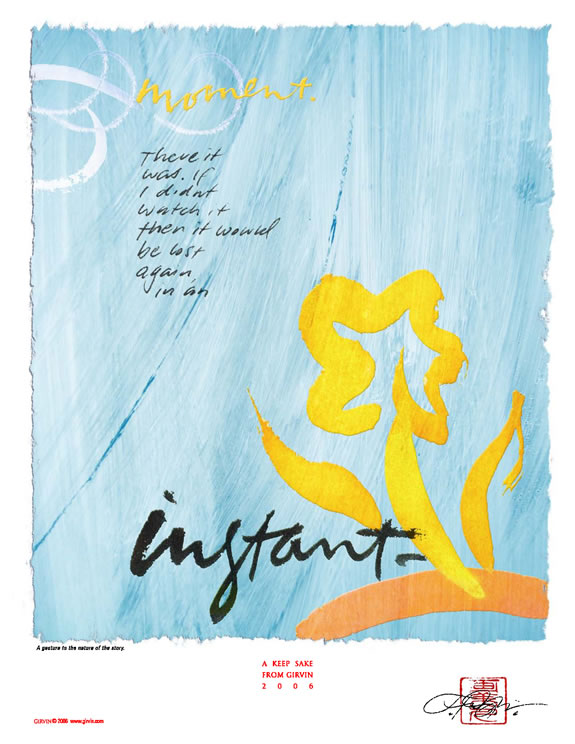 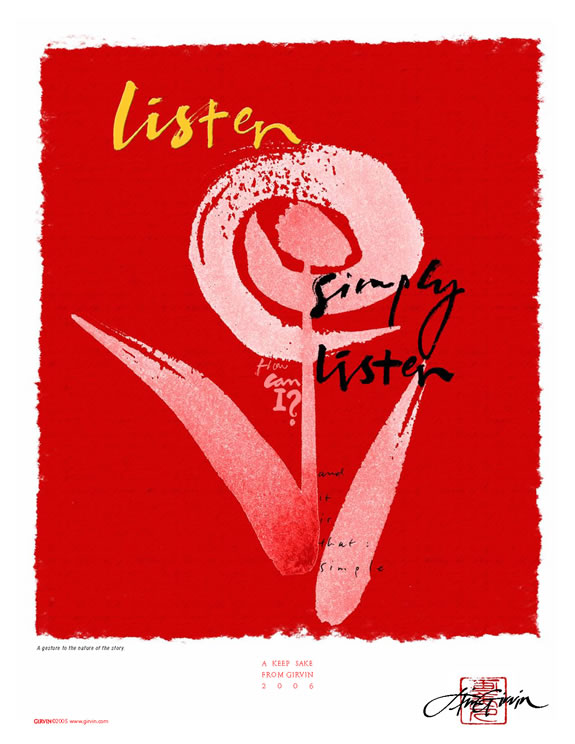 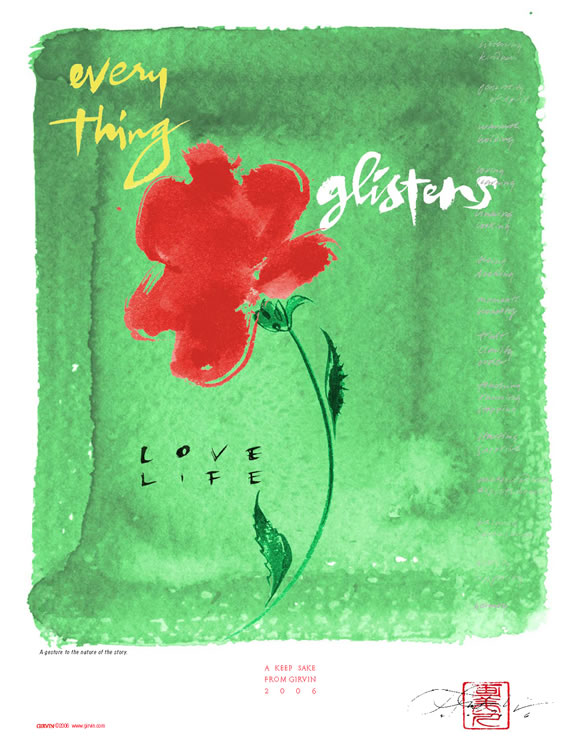 Explore
as you will,
and let us know
if you’d like one.

Tom Ford, the Creativity of Babyhood

How are Designers, Creative Minds, Changed by Babies? Having met Tom Ford, albeit in a short quasi-interview and completely unscheduled encounter at a WWD | BEAUTY + FASHION CEO SUMMIT; I'll admit that I was afraid [of him.] When I was working for YSL, I was told that Tom would never come to the store…

The gesture of black, raven ink -- drawing the spirit of birds

Hand-ground pigment, split timbers, scent and the explosive splatter of haboku. When I draw, my senses are open, the touch of the paper, the splintering of the wood, the sound -- the gasp, the clasp, the rasp of the stroke of the brush on the stock. We worked on the Lone Ranger, but the corvid…
We use cookies on our website to give you the best experience on our website. By clicking “Accept”, you consent to the use of ALL the cookies.
Do not sell my personal information.
Cookie SettingsAccept
Manage consent