THE FLOW OF THE CURRENT 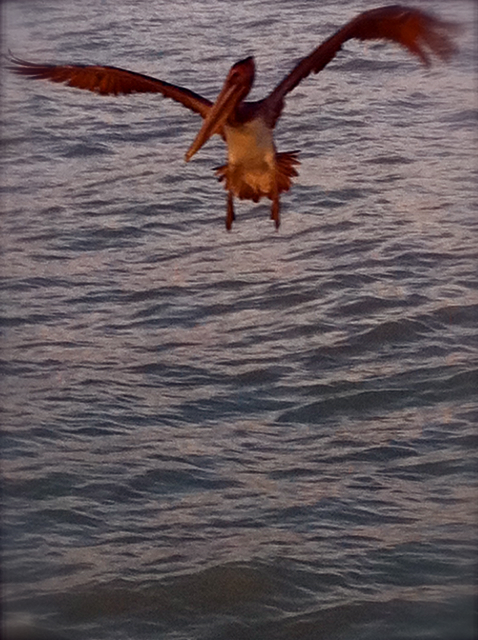 Flow, on flow — the fluency of flight, channeling, moving into the rivers of time and momentum. (Pelicans on the south eastern shore)

Conceptions of flow, brand, story, soul — stepping into the stream of transition and innovation: shifting strategy

When — as a brand manager or strategist — there is consideration of change, it might really be part of the planning to examine the nature of transition — allegorically, in addition to the massive logistical studies of what you’ve accomplished. Brands are inherently emotional beings — they vibrate with human presence — they are alive with teams, introspections, research and audience and enterprise actions that are all distinctly connected to operational fluency and results. Still, all the planning in the world won’t help a brand that is essentially soulless.

Soul brands
Brands with soul have the potential of linking distinctly into the heart of human relationships — made by humans, they either connect or they are not linked into any resonant, or relevant point of connectivity. As a brand manager, you can likely recall brands that are tired, forgotten, disconnected, failed in any innovation, lagging in sales and rife with the scent of disconnected consumer relationships.

The idea will be about considering a new level of immersion and engagement. If there is flow in the market — an emerging flow, then what is your positioning in relationship to it. Stride into the stream? Considering the eventual notations about, for example, the emergence of luxury it would be about rethinking the character of the heart of what luxury means, what it means to the varying audiences around the planet, the fundamental needs — and then, where is the soul? What brand comes to mind in the character of soulfulness and spirit. We’ve noted the challenges, to reference, Louis Vuitton. But then Zegna? Cucinelli? Burberry?

That sequence, recently scribed, might be envisaged in this positioning: What we’re thinking about is the flow to transition — the innovation of a new story, evolving strategy, and the notion of flow and market fluency.

Brand sequencing:
enchantment –– the opening chant, the song of opening
engagement –– the link to connection
expectation — what will happen, consistently
enthrallment — the commitment, the runner’s story
engram — the trace of the unforgotten

A meditation on the nature and experience — character, sensed in allegory.

The gesture is the layering of content. If there’s a story on the surface, then what lies beneath? In the heart of the brand, its story, beyond and within that threshold lies the soul.

EARLY MORNING
I was out walking, just dawn, the southern shoreline — at the southernmost reach of the United States.

Out there, the birds were extraordinarily friendly — it was like being there, at the southern border, nearly 200 miles downwards of Florida, they weren’t so discontent with the condition of the human order. They lined up, moving away — just slightly — as I walked the pier. These were plovers, gulls, pelicans. In fact, the pelicans were the most unconcerned — they flew straight at me, repeatedly, as they prepped their dives. Straight up, straight down.

As the dawn-light emerged, striding across the waves, flickering like blades, I found a stairway into the water — waves washing over the lower steps. And I was thinking about the deck, stairway, running into the water — about flow, the river, the metaphor of movement and the channel. Life, moves. And you step into the storm, the churning waves — either committed to move into the current: going with the flow, being in the flow.

I was struck by the birds — particularly the pelicans — they rise, abruptly, surprised — and they flow into the air, arch, contract, and soar straight into the water.

Flow, that is more: flow into the channel.
Fluid on flow.
Fluency in flight.
Liquid flight — watered wings. 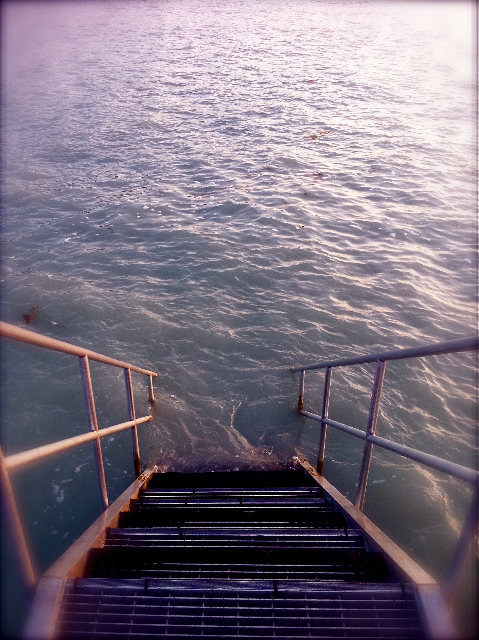 Or you can just stand there.

The stairs are there, ascending, descending — step into it.

Examining the shopfronts, façades and skins of South Beach, Miami Beach, Florida. Signing design: strategies of visualization as an emotional storytelling. The evocations of deco. Take me someplace that feels right. There are levels to signing. On the one front, signs are signets of direction - they are lettered compasses -- they point you somewhere.…

Starbucks | the soul of the brand

Aligning leadership, retail expression, innovation and brand identity: what's happening with Starbucks? Lots of friends have been forwarding me comments and remarks on the transitions of the new mark design created internally at Starbucks for their new promise of the future. They've been making their own pronouncements as well. Or asking me: "hey, did you…
We use cookies on our website to give you the best experience on our website. By clicking “Accept”, you consent to the use of ALL the cookies.
Do not sell my personal information.
Cookie SettingsAccept
Manage consent