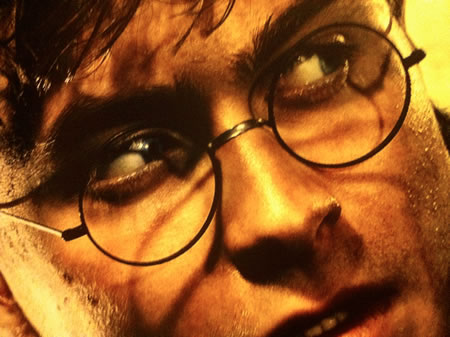 Round glasses, hipness and the legacy of a design theory from the Middle Ages. 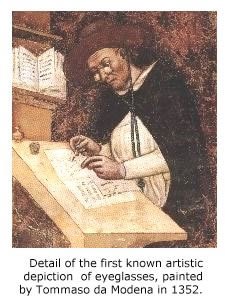 Today’s the day that the ending begins for Harry Potter.
And if you’re one that’s studied this phenomenon from the beginning — even merely from the stance of literary and theatrical advertising, product development and merchandising, it’s an extraordinary branding story. 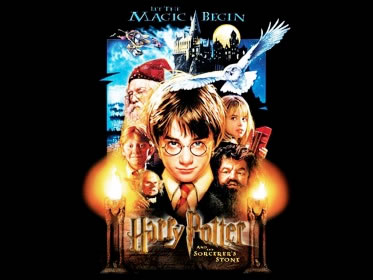 Watching the films, back to back, you’ll see a marvelous transitioning from a group of kids — the beginning — to the adventuresome adult hood of the present saga, part one of the end, releasing today. The link between brand and story is profound given the authentic legacy of Rowling’s development of richly attractive storytelling (themed, to her thinking, on the nature of death,) compounded with the interpretations of redemption, adventure and the quest for the good in the building of a Potter enterprise of spectacular proportions.

For film 7, Forbes predicts $125 million in opening weekend sales. Two years ago, the brand story ranged to nearly half a billion book sales, the last four books (2008) have each set records as the fastest selling books in history and the estimated brand value of nearly $25 billion. Through Warner Brothers deliverance it is the highest grossing film series of all time. At $5.5 billion in sales, that sets the paced average at nearly one billion dollars per film.

Still, what I’m interested in is the glasses. Being a relatively round-glassed person myself, I study people and their glasses. Glasses are, indeed, a unique signature of impression and statement. And one might suggest that the imagery of the human brand could be captured in the layering of accouterments — one, being at the face, the glasses as a statement of brand presence. 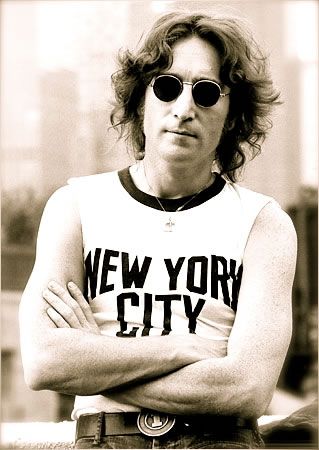 The open-eyed character of the round on the round, as classically evinced by John Lennon sets a kind of standard for the evocation of simplistic design statement. The eye balls are round, so why not the glasses?

Some more, to the circular: 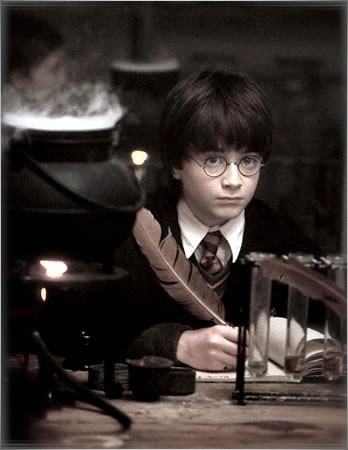 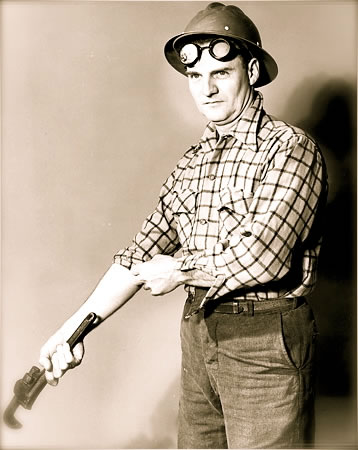 Lambert | Getty
The height of utility, welder’s goggles from the 30s. 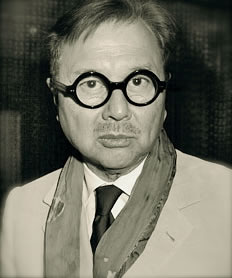 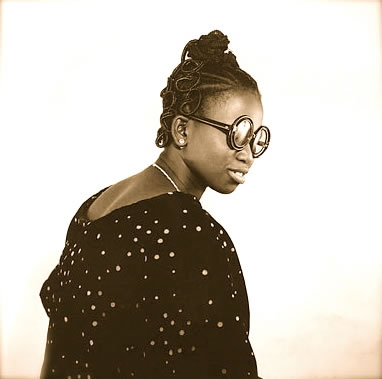 Malick Sidibé/Courtesy of Jack Shainman Gallery
The Malian photographer Malick Sidibé at the Venice Biennale in an honor ceremony for Lifetime Achievement. 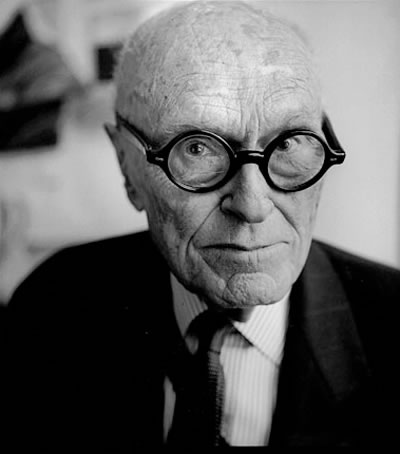 It was pointed out in the NYTimes a year back (and the source of some of the imagery above) that the round glassed modeling was a returning trend in eyewear (especially sunglasses). But it might be pointed out as well that round eyewear is making a return. Some legacy imagery, to that end, heading back centuries, regardless of the currently emerging trend-lines.

Still, this has been the legacy ocular treatment for Mr. Harry Potter. The tradition stands in good stead, over the course of the hippest and perhaps scholarly visualization of the wise round eyed glassware.
I believe that the character of the round, in the round-eyed view of the world is that it’s ocularity at it’s most simplistically designed level – and symbolical: seeing begins in the arc of sight and the sphere of periphery. Round works.

Hence, the historical gesture on my part, looking for inspirations and patterning, I tend to go there: back in time. Being a retail design enthusiast, I studied the installation at NY’s Grand Central Terminal earlier this year. The design of the exhibit was created by Italian maestro, Giorgio Burroso, from Marina Del Ray, California.

So far, I’ve not seen any great images of this complicated and highly metaphorical display, situated like a crystalline axis of casements that contained a plethora of eyeglass designs in a collection that were arrayed in a single line of light, transecting the measure of the display work. 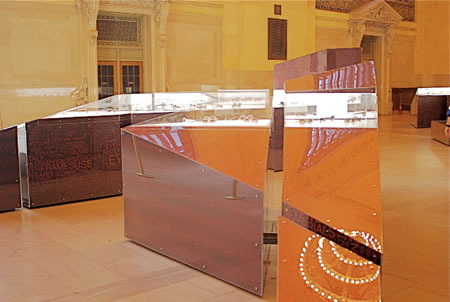 “Eyewear From the Beginning to the Future: The History of Eyeglasses from their Invention in Italy to the Latest Trends” it was laden with celebrity showpieces and performance gear, as well as forms that reached far back in time. The pure simplicity of these solutions was captivating.

To the historical framing, “In 1289 in a Florentine manuscript entitled Traite de con uite de la famille, Sandra di Popozo wrote: “I am so debilitated by age that without the glasses known as spectacles, I would no longer be able to read or write. These have recently been invented for the benefit of poor old people whose sight has become
weak”. Years earlier, Friar Roger Bacon wrote a description of lenses to make letters bigger in his Opus Majus (1268) – so it’s clear that the first spectacles were made somewhere between 1268 and 1289.

More historical evidence for the timeframe is heard in a sermon of a Father Giordano of Pisa who in 1306 pronounced, “It is not yet twenty years since the art of making spectacles, one of the most useful arts on earth, was discovered.I, myself, have seen and conversed with the man who made them first”.

He fails to mention the man’s name, of course, but the true identity of who first invented spectacles will probably never be known.

However, we do know that the first artistic depiction of eyeglasses was painted by Tommaso da Modena in his 1352 portrait of Hugh of Provence. The religious scholar is seen with his glasses studiously perched on his nose. Then, as now, the wearing of eyeglasses somehow evoked an air of thoughfulness, and the use of spectacles as a subject detail – in both medieval and early Renaissance painting – would soon come to symbolize a wealth of education and wisdom.” 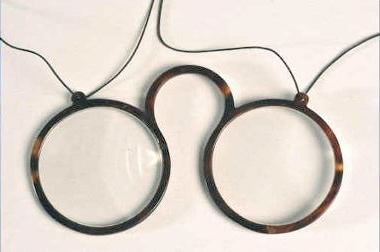 More can be found on the Italian invention (the physicist Salvino D’Armati, late 13th century), then european innovation of glasses, starting with the round, in this article by Laura Binnie. Some added recollections of the historical visualization of the history of glasses
from the Middle Ages onwards — 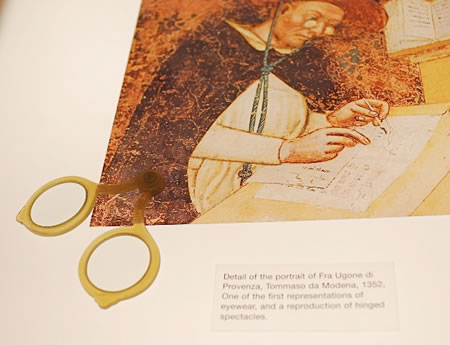 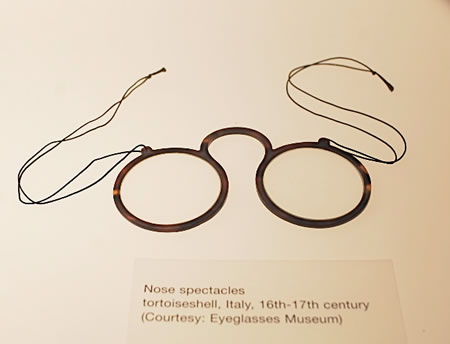 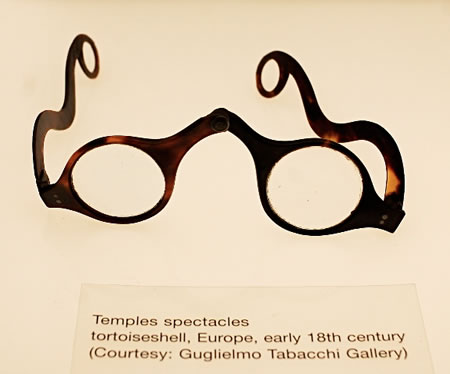 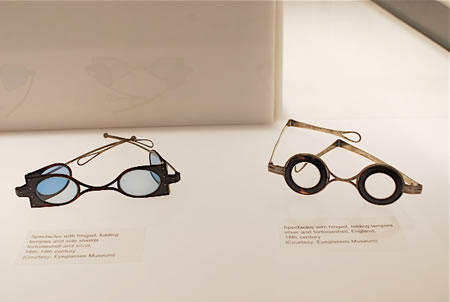 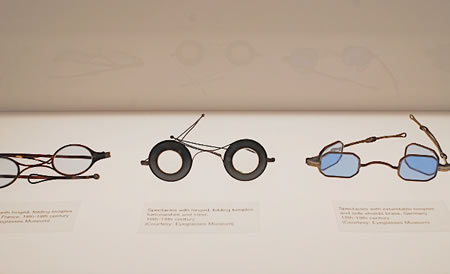 This string of images, shown above, comes from NYCLOVESNYC blogspot.com — the sequence from the beginning, 1352 (and a reproduction of hinged spectacles), to nose spectacles from 16th Italy, temples spectacles of tortoiseshell, the early 1700s, hinged, folding temples and side-shielded tortoiseshell and silver eyeglasses of the 18th-19th century and British spectacles, the 1700s — hinged folding temples of silver and tortoiseshell. Finally, the last images, a
trio of glasses from the 1700s-1800s.

My point, things go round that come round. And while Harry Potter’s spotted the trend of circular ware, worn yet again, it’s the design that lasts — the eyes, round and so too the glasses.

Me? Mine are elliptical, but often called: round.

Flag image: Wesleytb Number one in the world It's interesting to examine the idea of Sweden being exceptional. Having worked there, I can tell you that it's truly unique. The people. The brands, the efforts of their enterprises and the quality of their humanity. First off, I'd entreat the following: Where this information comes from…

All Saints Spitalfields | Soho (video from allsaints.com) Brand legacy, place, story, music Ever since All Saints Spitalfields launched in New York City, I was curious about the strategy of design. What's the story? There is one, a part, here: It starts here, All Saints, the group. All Saints, the street. According to Anne Ashworth,…
We use cookies on our website to give you the best experience on our website. By clicking “Accept”, you consent to the use of ALL the cookies.
Do not sell my personal information.
Cookie SettingsAccept
Manage consent