The Icon of You 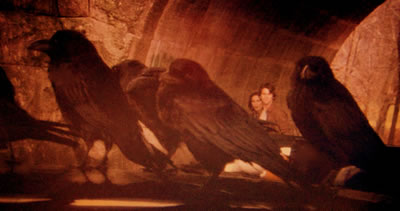 Why does Tim Girvin love crows and ravens?

It was just posted, again — a group of images on crows and ravens tagged “for Tim Girvin.”

While that was happening, that posting, I was looking at an entity that was clearly looking at me — a corvid we call Shōdō — a crow that hangs out around our studio – just watching and waiting — mostly for food. We call out his name and offer some bread, nuts — and he swings and drifts around, a perpetual sentinel. Hence, my icon. But more — an object of study and relationship building all over the world, for about 50 years. 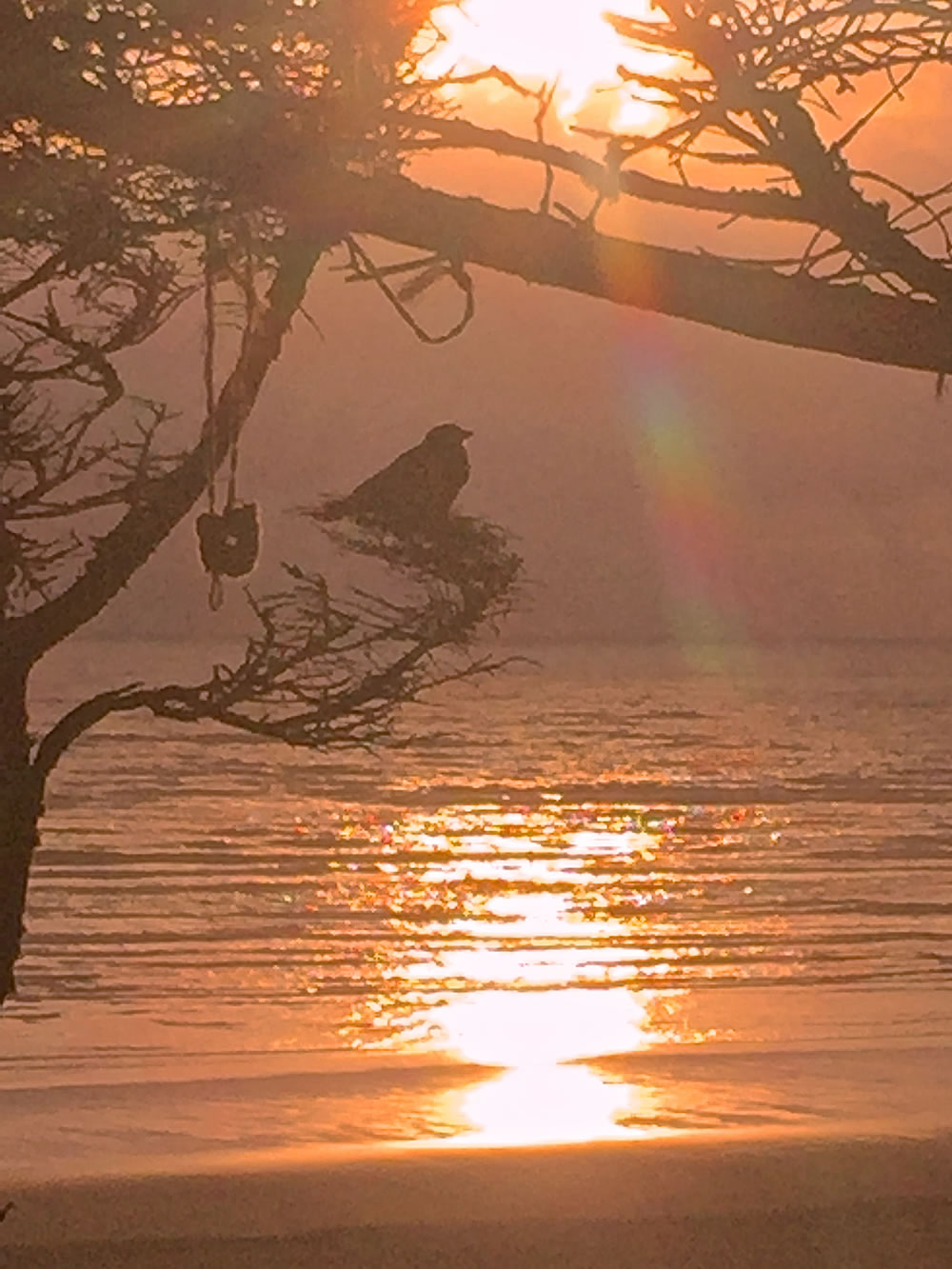 Some people have equated the raven as being something inextricably linked to me — my personal brand. That is, when people see something on the raven, or the crow, they presume that I know about it, or should. And they tell me about them, of course.

And yes, out there, I know there are others that are captivated by the raven’d compulsion, endlessly fascinating they are.

“Say, did you hear that story about the Raven starting up a bulldozer and driving through the shopping mall?”

“Hey, my Mother was tracked by Ravens for years — finally, she moved to Australia.
Then they found her there, too.”

the concept of linking forces of nature to your personal state of being is merely additive to what one would hope would be the robust character of your personality.

It’s recognizing a deepening sense of relationship to the phenomena and the call of another world — one which perhaps you’ve forgotten. Why then, might you consider that a personal brand might have something that relates to the spirit of nature — or a force — in reckoning, from it? I’d suggest that it’s about reaching deeper in the psyche of who you are, and what elements might be part of your persona, expressed in the learnings and exposure to — and from — the world around us.

Why then, the Raven for me? It goes back decades to my childhood — and it is not ever initiated as something to the notation of the personal brand — rather:

Persona(l) story told — in a sense of significant retelling.

One that is wholly, life long unforgettable, one that is true, that repeats itself as a patterning.

The patterning, the relevance, the personal resonance?

Only because they’re the smartest birds on the planet.

My thinking, to the international state of mystery, fear and revulsion about these birds — death-dealers, tricksters, carrion eaters, followers of battle?

They’ve been reviled because they are so hyper-intelligent. And, being black-winged yet simultaneously “rainbowed”, their feathers like the oiled rainbows of fuel in water, they’re more magic, as shadow-walkers — more mythical than other birds.

They’re looking at you, rather than

in your general direction.

And perhaps, you’re looking — but are you looking at them? Listening to them?

Of course, beyond beauty and suspense, mystery and imagination — there are the facts (happily gathered by friends — and apparent fellow corvidophile — Nils Von Veh.) 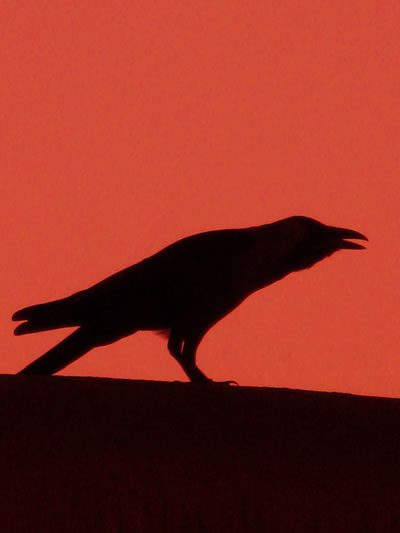 Minds of Their Own: Birds Gain Respect 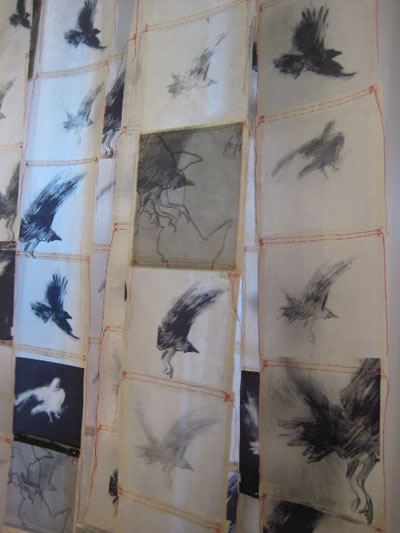 It goes on.
And on.
Crows as Clever as Great Apes, Study Says 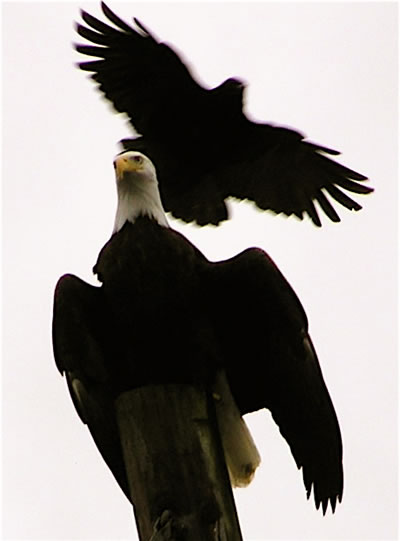 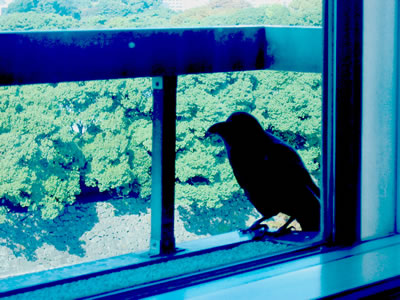 Ravens – Discover the Brainpower of the Bird in Black 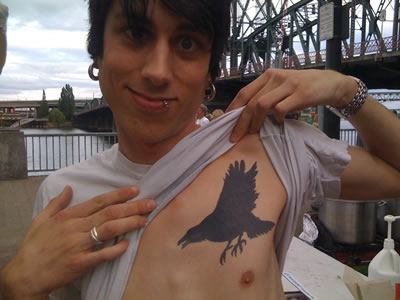 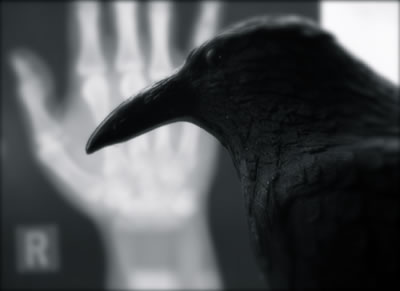 Meet the brains of the animal world. 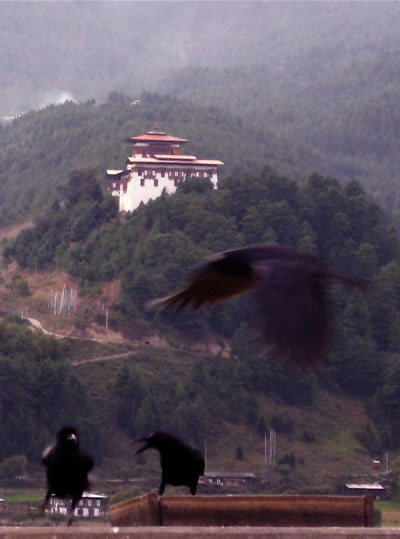 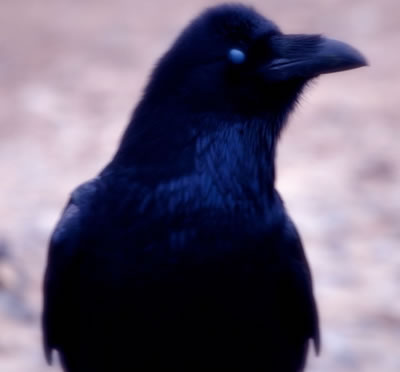 Meditations on Raven, stone drawn
http://tim.girvin.com/Entries/?p=347
I believe, along with others, that the spirit of the animal — the natural world — is one that is rife with the richness of living, in human experience, in harmonious connection with the force, in focus, nature.

g with the Ravens, Bumthang, Bhutan 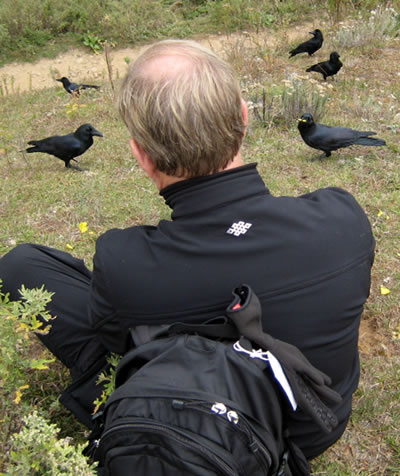 The Aesthetics of Aging

The Beauty of Rust Antiquity, Utility, Wabi Sabi and Beauty In one person’s eyes, as an object gets older, it cracks, it discolors — and it might rust. Okay, one approach — toss it out. Get rid of it. And contrary to that — another more classical line of thinking: There is a perspective that…

BRAND KICKSTART: ZEN MIND, BEGINNER’S MIND GIRVIN office lobby working session | Seattle THE IMPETUS OF SPIRITUAL BRANDING — EXPLORING THE CONCEPT OF ZEN IN THE CONSTRUCT OF BRANDING In working with teams, on the implications of their brand, the process is inevitably collaborative. How can I, or Girvin, completely understand without comprehending where any…
We use cookies on our website to give you the best experience on our website. By clicking “Accept”, you consent to the use of ALL the cookies.
Do not sell my personal information.
Cookie SettingsAccept
Manage consent