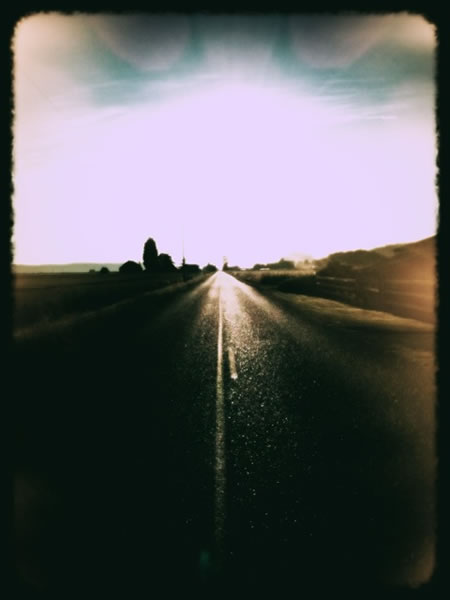 While you’re looking out, traveling the distant vista — a long road, the living running — the journey shall continue.

And who said it would be easy?

Craft, in the making of anything, building the outbound relationships to people, in the truth of it, will be fraught with failure. Tries and trials, and circumstances wrestle what was once a straight path into something of a twisted labyrinth of knotted wanders.

Stick to it, the trials, the trying.

Thinking about the story of living, it can be about the struggle in finding the right solution; but that challenge will be in a set of failures, in getting to the next bend in the path.

Meeting with a friend of mine, Creative Director John Jay — one of the power drivers of Weiden + Kennedy, Portland, Oregon — gave me a tour during the overview meeting at their offices.

There’s a big sign there. Fail harder. It’s made of several hundred thousand clear push pins. And a couple of hundred hours of pin pushing… 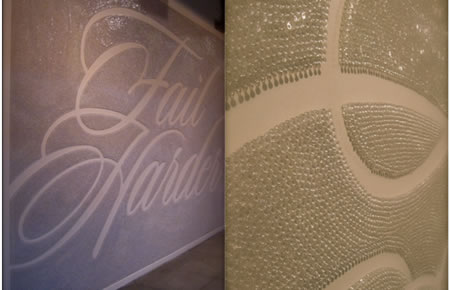 As Barrett Rossie, marketing strategist notes, failing harder is a bigger win.
To the notion of the journey and the journal of the daily creative explorations of making this living matter, you’ve got to fail harder. As I contemplate the challenges of my own running — now, 35 years in the sprint of that long road, it’s still right there — the perspective of the distant longitude, the sequencing of the stride: fail big, risk, leap, roll and bolt hard onwards. Speaking to some of the other creative directors at W+K — failure is common; it’s not celebrated, but it’s never considered anything but a learning against the curve of creative exploration.

The point will be the nature of the experiment.

As a person that’s perpetually putting a positioning between people that make things and people that need them, I ponder the three key words.

FAIL. From a Latin word for falling.
TRY. From the Old French — trier — to pick out or cull.
EXPERIMENT. From the Latin, experiri: to test, to try. (experience)

It might be in the last word that the risk is summed up — one to the nature of experience, there is a journey there.

Your journeying.
Experience comes from the most ancient of all, the PIE etymology — ex, from the Latin, and *per from the PIE base “to lead or to pass over” — founding the same word as peril. The trial of any effort will play to the action of risk — and the danger of striding one place that will remain unattempted by others. Trusting the maturation of instinct, the pleasure of the heart, and the fitness to leap — there, you go.

There is a long road, and failure will be right there, in the laying of the journey, stone on stone, stride on stride.

In risking the harder failure, the willingness to imperil — the outcomes will be more profound. And isn’t that what it’s all about, making the pathway more unforgettable?

THE A GAME, TURNED UPSIDE DOWN

On the game -- of A. And the listening to the Z's. A friend, well meaning, referenced the idea of the A game -- A gamers, with other A gamers, win out on aligned results; they sync up -- sparks fly, cool stuff happens. Wowness emerges. Maybe. I think that sometimes A-Gamers could be better…

Customized, illustrative typographic design for motion picture titling design. First off, to clarify, we didn't work on Ghost Protocol, out today -- but seeing the opening campaign, as well as the film launch in Dubai (and working there reminded me of earlier efforts -- creating at the start, to define brand style for Mission: Impossible.…
We use cookies on our website to give you the best experience on our website. By clicking “Accept”, you consent to the use of ALL the cookies.
Do not sell my personal information.
Cookie SettingsAccept
Manage consent