THE MIX OF SCENT IN PLACEMAKING AND HOSPITALITY DESIGN 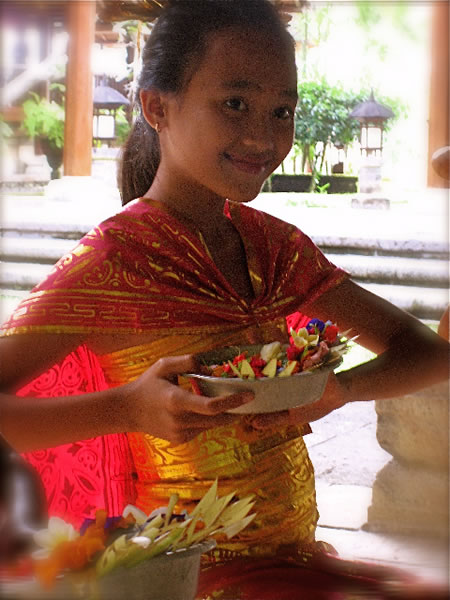 THE HEART OF FRAGRANCE IN HOTELS AND RESORTS

Is it a designed scent, the perfume that is gathered into a perfume fusion that signals the messaging of the opening experience in entering a space? Or is it more holistic, the bigger picture? The place — as a whole, that could be the vessel for the scenting of powerful recollection of hospitality experience. One, the foyer, another, the lobby, another — the courtyard, still another, the rooms themselves — let alone, the food service, how could that be additive? There’s a layer of experience, in traveling the world, moving into places that are designed for the experiencer in hospitality. Traveling the world, living, working and exploring the context of the sensate in places that embody the layering of scent – it’s partially about design, it’s partially about attention.

To sense a place, entering a place — how much do you smell, scent the place, as you embrace its opening. In the harry of working internationally, let alone in the US, the idea of sensing space in the construct of designed fragrance experiences is less common — either that, or it’s superficially considered. Hospitality groups are “sensitive” about layering experience of fume in place — it’s tough to manage and it’s a challenge to assure that it won’t be rejected. Given the earlier American “no scents here” — or no “perfumes or colognes will be tolerated” is a kind of fabled reaction to extreme sensitivities; it’s interesting — like a bad smell — how that’s dissipated.

The art of scenting place, however, might be a layering of the notes of experience, rather than being one, being many. Scent isn’t about just one — a fragrance, but perhaps other environmental tints of scent. Chandler Burr, who I’ve had the chance to connect with a couple of times, is the expert of writing about scents in a variety of contexts. Not only is he the key nose editor for The New York Times, but he’s authored several excellent books.

But what I find compelling about his thinking is the unbiased nature of his explorations of scent — that is, there is no male or female scent, per se: it really comes down to what you like. To the nature of designing scent for place, that idea is entirely about desire and interpretation. And it’s about poetry and memory. That, indeed, is a place to start. If you’re thinking about scent and the memory of environment, first impressions, what’s the nature of the recollection, the beginning point, to unforgettable entry?

In a sequence of explorations, coupled with the poetic precision of his subject, the lord of perfume, Luca Turin, he references this opening in a study of his favorite scents, “You have to, I think, start out understanding that there is no such thing as a “masculine” or “feminine” fragrance. Luca Turin once said to me that masculine perfumery is (very unfortunately for it) defined negatively, which is to say by what you “can’t” put in it, flowers, bright notes, etc. And the marketers straightjacket feminine fragrances, simply in the opposite direction. Don’t listen to them. Luca has always worn whatever he’s liked, as have I.” This line of allegory finds its way, as well, in the nature of some of his explorations of his favorite perfumes, ten of them, found here — a note, to Thierry Mugler’s Angel: “Marketed as a feminine, in reality as unique as a person, this utterly marvelous scent is, to quote Luca, “brilliant, at once edible (chocolate) and refreshingly toxic (caspirene, coumarin).” Created by the legendary perfumeur Yves de Chiris (his perfumeur great, great-grandfather was a character in Patrick Susskind’s novel “Perfume”), Angel doesn’t even bother to pretend to pay lip service to categories…” Don’t let its initial personality startle you; wearing it is like having a conversation, because this thing will talk to you for hours on various subjects, sometimes chocolate/ cinnamon, sometimes fresh ginger and spices in cream, and…” 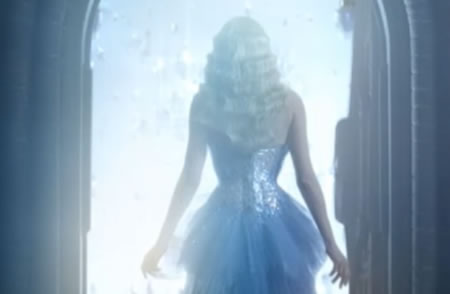 To fall to the line of exploring scent, space and the placement of interpretation — what’s this place smell like — “sometimes the heady, symphonic interior of the Greenwich Village flower shop (irises, lilies, roses, their cut stems and leaves) where Meryl Streep bought bouquets in “The Hours” mixed in with the scent of the concrete and car exhaust of the New York street that enters with every customer. I have dined in fine restaurants with Angel on, and it was the most delicious thing the entire evening. Wear it and see.”

Or experience it and see. Or scent.

My rendering lies more to the interpretation of the concept of the layering of live experience — built sensitivities that might reckon, as well, to the materials of the space as well as the implications of wafted duft. I believe that the power of layered fragrance lies in the mix between the real and the made — the environment of experience design: what the place is made of; and what added scents might be found in the mixture of ambiently built scents and wafted notes.

I’m thinking about the following:

— A lodge in Santa Fe, New Mexico that layers the scent of piñon and sage burning with the live smells of burning wood and heated masonry, cleansed with the sentiment of iced snow fall, outside.

— A ryokan in Kyoto that combines the layering of earthen, straw -filled, pounded earth with the grassy scented character of tatami, leaves and moss, cool waters, and the lilting notes of the most delicately managed incense, exquisite in its restraint. 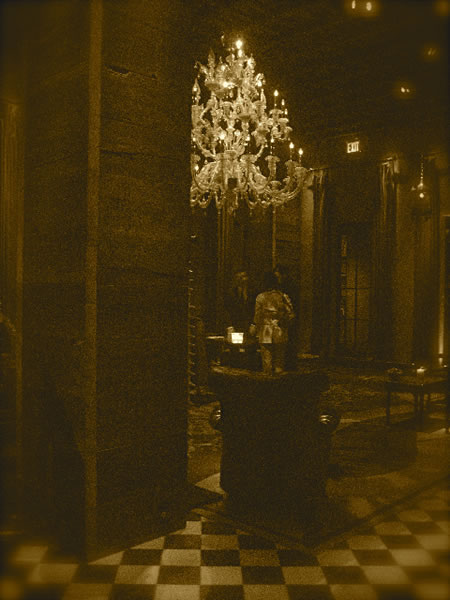 — The Gramercy Park Hotel mixes the smoky trailing of burning oolong tea with the scents of fire in the lobby, smoky and indescribably sexual.

— Aman layering the scents of the country, which might be the side long scents of grasses and thatching, layered with stone and sand, touched with woods and burning fragrances, couched in flowered bowls and offerings to the gods.

— A classic hotel in the Saint Germain des Prés, Paris — the scent of old books, plantings, the hinted note of lilies — a softened and real note, touched with the crema of espresso, a tint of whisky.

— Sandalwood, frankincense, the back corridors of Marrakhesh and the entry into another world of private containment, spices reeling out of the kitchen, melted sugars softening the edge. 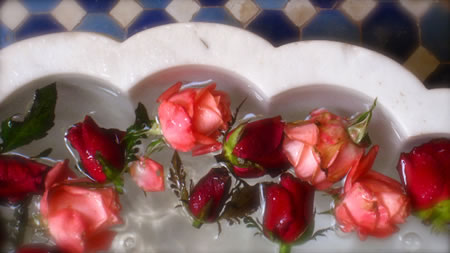 Making your way into these places, it’s not just one scent, manufactured for emotional recollection, but rather it is many. I’d suggest that in the building of a scented experience sequence, the concept of using materials that offer scent, in combination with notes that speak to touches of added artfully designed direction are more mysterious, more layered in the majesty of how one relates — instantly — to the experience of hospitality.

Chandler relates a story about the reach to the sense of finding the right character of building scent into space — one that suggests a level of environmental consciousness, sampling the nature the pages of a book, to build the scent — and the profound memories of childhood reading into the moment: a very old copy of Antoine de Saint-Exupéry’s Le Petit Prince. Being in a shop in Paris, I recall several scents at Résonance — the book, the greenhouse, the laundry. Eva Ziegler took her own journey, “a marketing executive at Le Méridien hotels, walked into an unusual perfume store in Manhattan called Le Labo.” 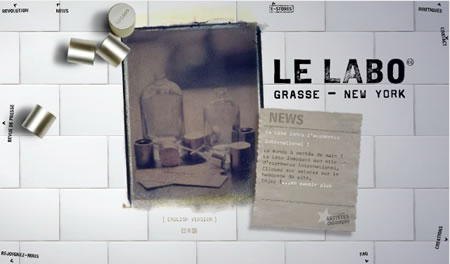 “The store, which designs custom fragrances, belonged to two young Frenchmen, Edouard Roschi and Fabrice Penot, and Penot began talking to Ziegler about a scent he’d always had in his head. “The idea was to do a scent of old books in a wonderful library, old paper, leather, wooden shelves,” says Penot. Ziegler was shopping for a smell for Le Méridien, and she asked Le Labo to make it for her.”

Le Méridien, a hotel group founded in 1972, by Air France, “Penot and Roschi took a very old copy of Antoine de Saint-Exupéry’s Le Petit Prince—the author was a pilot—and had the rich smell of the book’s pages analyzed.” Sampling the character of the old pages, they used the results to create a scent, which they took to Ziegler. She decided it would be Le Méridien’s signature fragrance, its olfactory logo.”

It’s my belief that the nature of the olfactory logo isn’t merely the scent that is built, but rather it is a coupling of the scent of place — the holistic environment that is built, itself — that lends itself to the most powerful holistic recollections. Scent is an evanescent presence, yet when the very materials of the place become part of the foundation of the material fragrance — something authentic — it builds on that character. It deepens it, the experience is holistically enriched. The mix is in the mind. And the memory, well spent, in the depth of impression.

Pungency | the notations of scent and fragrant puncturing

Experience design, recollection, fragrance and holistic presentation "When Cleopatra first travelled to meet Mark Antony, her arrival was announced by the pungent perfumes before her barge was in sight." The History of Perfumes What counts in the mind and memory, scent first -- aptly described? When did you first smell: ammonia? What happened? Contemplating the…
We use cookies on our website to give you the best experience on our website. By clicking “Accept”, you consent to the use of ALL the cookies.
Do not sell my personal information.
Cookie SettingsAccept
Manage consent