The Patterning of Space, Made to Place 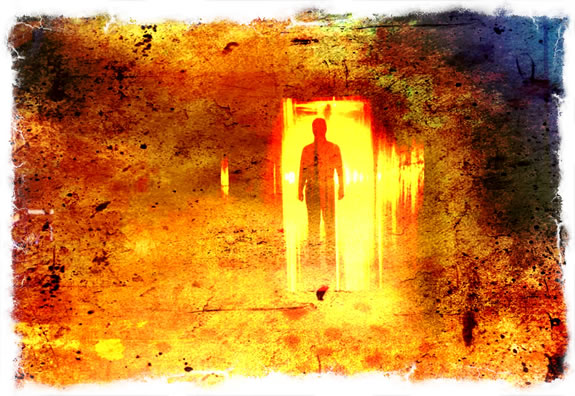 The Storytelling of Place, in the Minds of the Experiencer

I just told this story recently.

I was working with a colleague, in Florida — our client, her boss, was Michael Eisner. He had a dream about a Disney place that would be a kind of learning experience — but something even slightly theatrical, a traipsing venture, akin to his memories, along with his wife of the notion of Chautauqua — a circuit of entertainments and wisdom-wanderers that might sparkle wonder in a rural road of touring. The proverbial Chautauqua circuit — a way of self learning, that has a deep legacy in the roots of american culture, which reached its closing nadir in the mid-1920’s. Eisner’s dream was the Disney Institute — and our role, to the branding of it.

Different now, than then. 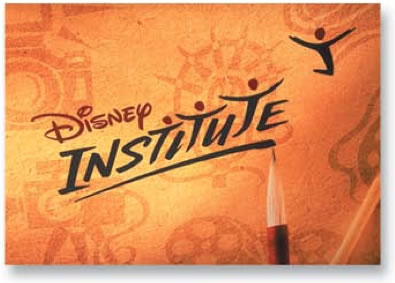 But, presenting to another group in California, I was talking about the layering and detailing of experience. And at the conclusion of the talk, a woman came up and said — “I went there, to that Disney Institute place — very fancy, very nice, a big place. But what was something that I remembered, wasn’t the big things, it was the small things, the touches — little details that I’ll never forget. And it’s not that I’m an interior designer — but when I go places, I look at things. I remember noticing that there were many little things, seals, icons, devices — and they kept coming out — these icons — stories in teaching, showing themselves — ways to learn, what to learn, and finally, how to learn. It wasn’t the big, but it was the small that stitched themselves together, to lead me somewhere, to get the whole, big idea.”

Sometimes, big ideas come out of small packages —
big stories, from just
a haiku of imagery.

When I was working in Paris, I’d linked to Serge Trigano — we co-paneled at a function at the American Embassy — we talked about story, touch, place and meaning; the idea of touch-points and place-making taught me a lot. We talked about his new concept — Mama which he brainstormed and built with Philippe Starck — and is now defined as the most innovative “business hotel” in Europe. When I was working there, talking to him — we talked about his early visioning for Mama, another tier to the story here.

The point, to anything in the design of experiences — the big story, the small story, the large thinking of designed presence, to the smaller micro points of beautiful conceptions — is that it’s all of them. Mama works because there is a big story, and there are many small stories – there is a big design, and many tiny ones. Organic and osmotic, flow goes both ways — big, filtered to small, small channels to large — one intention, moves through the walls to show something wonderful in another room,
another place.

Speaking of Paris, I was thinking about design, inspirations and the crossover of the big story to the small — and the fresh eye, and storytelling, to one room, a gallery of rooms, a hotel, ViceVersa —
and Chantal Thomass. 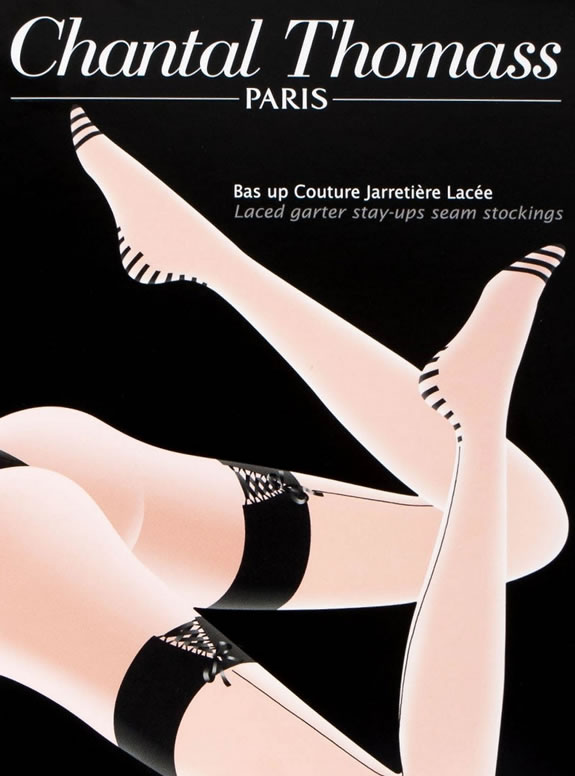 I never thought of Chantal Thomass as an interior designer [rather, a designer of intimate apparel,] but she plays the role well: stories told, layered and lascivious, promiscuous and densely sensual. Stories told, played out in their telling — big and small — and laid bare.

The hotel is modeled on sin, all seven of them.
That is the big story, but the power will be in the layering of their smaller whispers.

Like, being a sinner, the presumption would be that you’d start your journey in “heaven.”
The lobby and reception: 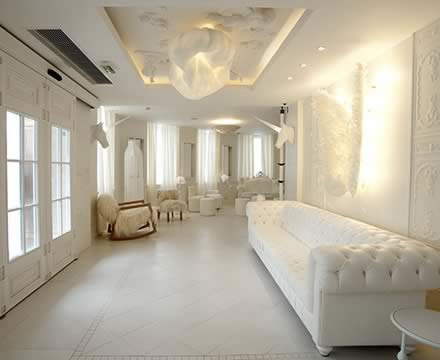 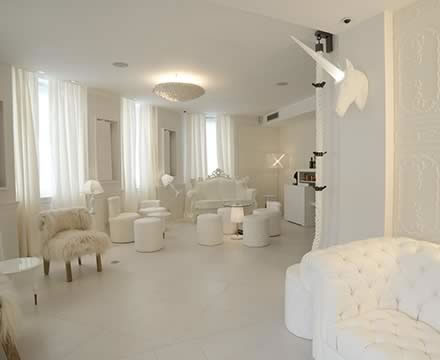 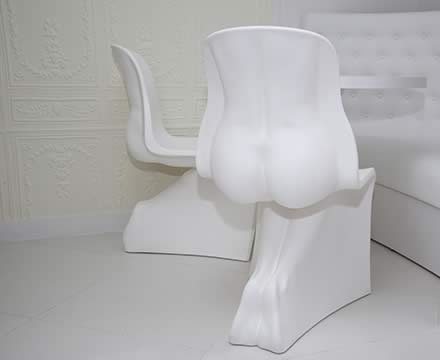 You can guess the nature of these rooms? 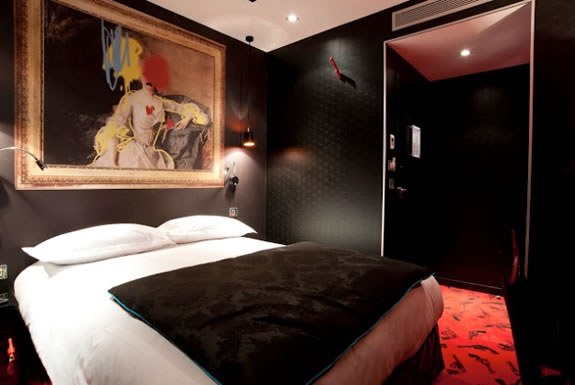 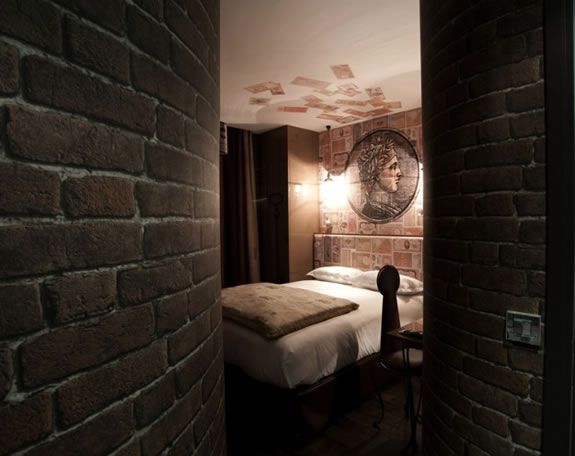 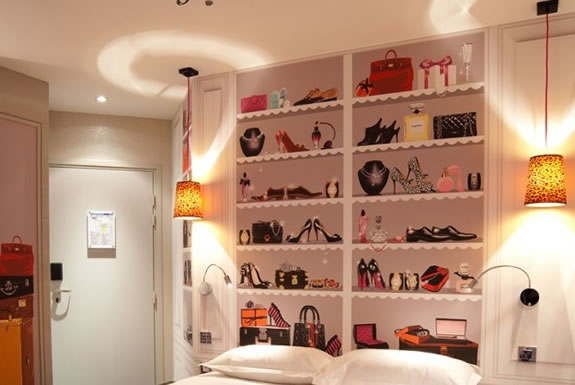 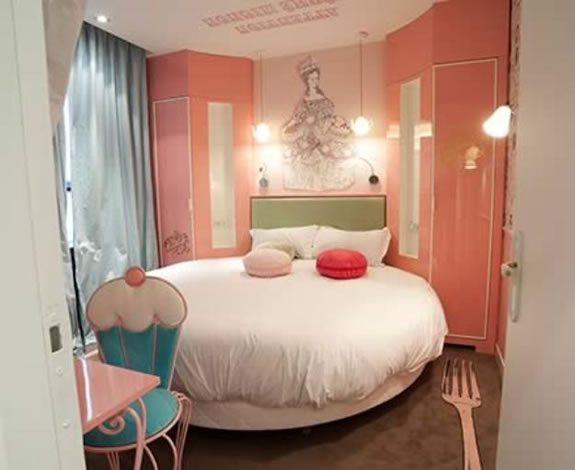 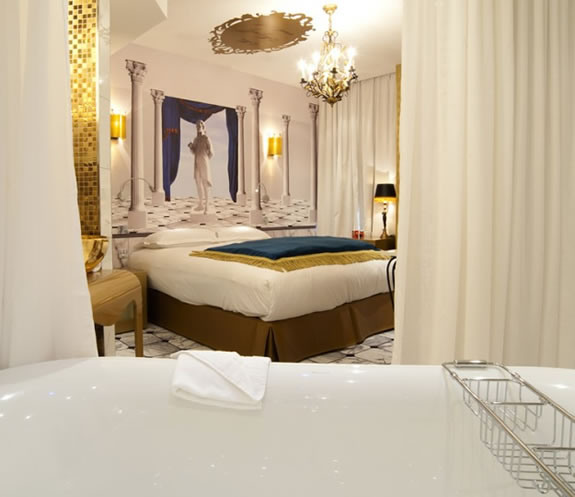 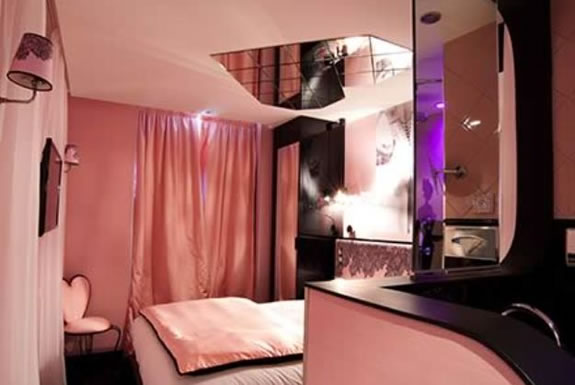 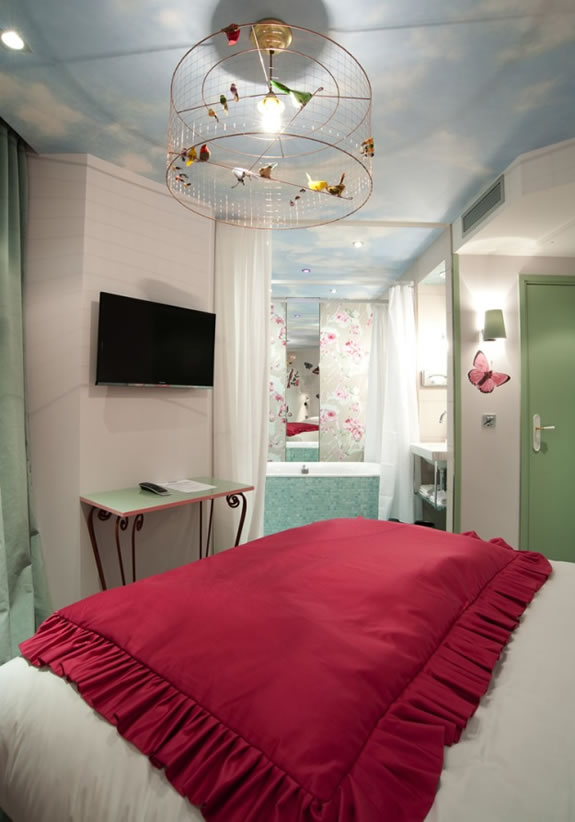 What I’m curious about is how people experience places — how they come into one environment, SENSE — listen to the stories,
experience their telling,
and move into
that experience,
as a
co-experiencer of the
shared dream,
deep.

The gesture of black, raven ink -- drawing the spirit of birds

Hand-ground pigment, split timbers, scent and the explosive splatter of haboku. When I draw, my senses are open, the touch of the paper, the splintering of the wood, the sound -- the gasp, the clasp, the rasp of the stroke of the brush on the stock. We worked on the Lone Ranger, but the corvid…

THE RED THREAD OF IDEAS AND INTENTIONS

AND THE ATTENTION TO DETAIL, IN THE SPATTERING OF INSPIRATION. When I was in college, I taught workshops to help my payment of the tuition, along with support from my family. I used variously colored butcher paper to do that -- pulled, ripped out and sheared on a rolling roller of "wrapping paper stock." We…
We use cookies on our website to give you the best experience on our website. By clicking “Accept”, you consent to the use of ALL the cookies.
Do not sell my personal information.
Cookie SettingsAccept
Manage consent