THE PERFUME OF INK, PAPER, WOOD AND LEAD 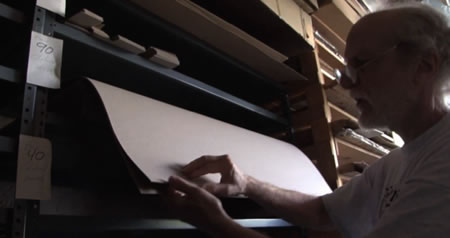 IN TRAVELING THE JOURNEY OF THE CRAFT,
THERE’S A KEY TO RELEVANCE —
IN THE SELLING ENTERPRISE, THE NOTION OF BRAND IN PLACE,
BRAND IN THE MIND OF PEOPLE —
THERE HAS TO BE RELEVANCE.
AND RESONANCE.
AND RELATIONSHIP

These are written as the finalized resolution in how
this tertiary rhythm of “r’s” speaks
to the retainment of story and heart,
communications and community.

The rules are:
It has meaning.
It is compellingly attractive.
In a relationship, it can be carried along — shared with others.

Things get old,
and people will forget about them.
Except for the watchful.

There is the one part of this story — like handmade paper, or a shop that specializes in paper; really, these days, who even knows about paper? Friend, Joanne Warfield, an artist, photographer, explorer and writer from LA sent this telling along to me.

She referenced the lament of passing — how is it that we forget about these things?
And to that, how can we actually offer attention to them? The world, surely, is complicated enough.

These two details speak to a craft that is hundreds of years old — both modernized in some showing, but still increasingly rare. The casting, setting and impression of inked typography in the surface of a fine paper is more than half a millennia passing in time. Paper, the art of making it [instead of the medieval tradition of skinning animals for the making of parchment or vellum] is older. There are stories on the type — and the history of its making, the conversion of impressed and continued duplication of content [instead of by hand]. And there are stories about the history of the invention of paper making — that art and craft, whose journey is as mysterious as the trade and transiting of the arts of spice and silk making.

Being one to work in the inked shop — the printer’s lair, and the papermaker’s studio, I’ll comment that the real evocation of these two places comes to the perfume of their being.

That is, how these places smell. I’ve not been to these two shops — but I’ve traveled and worked in many others. In the press shop, there is the following structure of scent in place.
Wood shavings
Dust
Machine oil
Xylene
Trimmed and torn paper
Lead
Electrical charges, ionized air
Industrial Grease

The layering of these scents, like the complexity of a library or a greenhouse
is a procession — a move through a place.
http://vimeo.com/33359230

To the tactile nature of the craft, paper plays a role.
But what is the scent of paper? 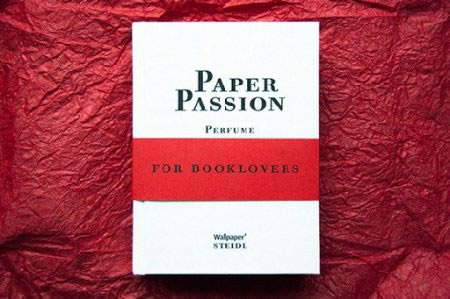 “Hidden inside the pages of a book, Paper Passion is accompanied by texts from
Karl Lagerfeld, Günter Grass, Geza Schoen and Tony Chambers.”

“You have a book, you open it, there’s a bottle inside and it smells of a book. It might be quirky, but the idea has a simplicity, a linearity.” — Geza Schoen

“I have always imagined that Paradise will be a kind of library,” wrote Argentinian poet Jorge Luis Borges.

A library of books, the perfume of incense, beeswax candles and leather.
Killian, calligraphy. 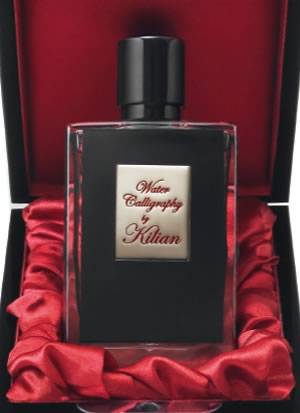 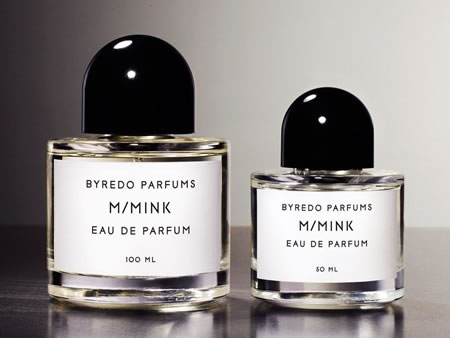 The fragrance M/MINK
is a collaborative effort between Byredo
and creative partnership M/M (Paris).

“In 2009, reversing the usual idea of receiving a brief from a client, Michaël Amzalag and Mathias Augustyniak of M/M (Paris) invited Ben Gorham of Byredo to their studio in Paris and presented him a creative direction and concept — a block of solid ink purchased in Asia, a photograph showing a Japanese master practising his daily calligraphy, and a large utopian formula that Mathias drew on Korean traditional paper.

Together with renowned perfumer Jérôme Epinette, Ben translated these three images into a fragrance – a hypnotic composition opening with adoxal, the heart consisting of incense and finally revealing a base of patchouli leaf, clover honey and dark amber. At first it truly smells like ink before giving way to the idea of the creative ink that held together the three images Ben received.” 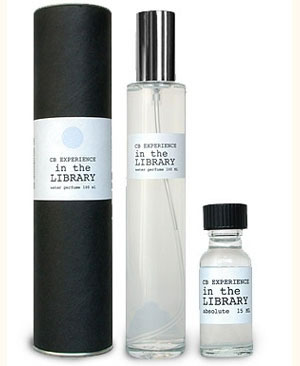 In the library, formulated by Christopher Brosius, I Hate Perfume

“In The Library is a scent of old books;
Russian & Moroccan leather bindings,
worn cloth and a hint of wood polish.”

Ink has a complexity of touches, to fragrance — and printer’s ink smells far different from bottled ink. One is a more viscous, heavier scent — more chemical in origin, while “ink” can call from the fragrance layering of more botanical essences, concreted in a liquid capture.

Any examination, any journey, reveals details of sequences — from the head, to the heart, to the base, like the shifting fields of chakra.The discernment lies in the inhale.

And the sensitivity of the draughtsman — the drawer of the lines of vapor, and the interpreter of that message:

the per-fume, the mist of the impressions of the moment.

The Mulleavy spirit At Girvin, we've been following, writing about, the Mulleavy sisters for a couple of years. We've also studied, and written about Starbucks. Even Howard knows about our blogs. What is compelling about the sisters Mulleavy is the wild swing of their creativity -- often vaunted, even Wintour has been charmed by them.…

The rippling of Genius A friend writes from London -- a visit to the Victoria & Albert show on the design ingenuity of Thomas Heatherwick. It's not the first time that we've observed his shining light. Earlier, working in NYC, we'd noted his work on the curious majesty of his rendering of the Longchamp brand…
We use cookies on our website to give you the best experience on our website. By clicking “Accept”, you consent to the use of ALL the cookies.
Do not sell my personal information.
Cookie SettingsAccept
Manage consent