The Pursuit of Designed Magic 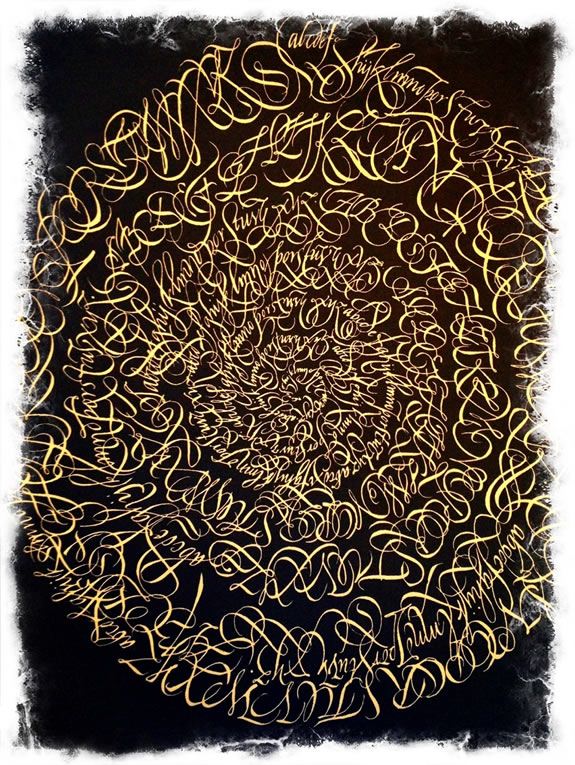 The Letter form and the Design of Talismans

Over the past several months, I’ve been talking to a younger person about the idea of the place of magic in a sub-current of popular culture [Supernatural;] in a manner, the interest in magic is an ever-popular sentiment of exploration, it would appear as a never-ending trend. 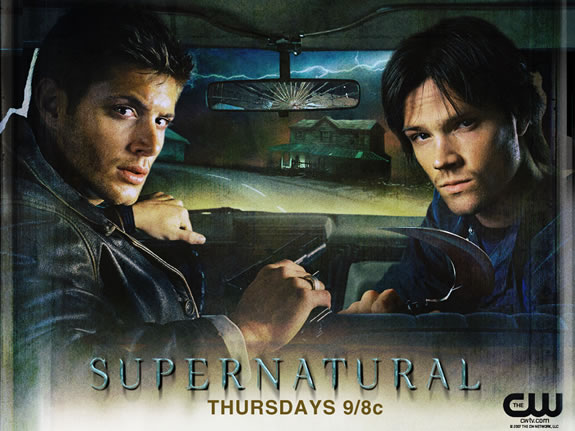 So-called magic can “do things that otherwise can’t be done.” Magic, in a manner, as well, acknowledges that all that can be seen isn’t everything that is “seeable.” There is always more outside the conventional range of common sight – there is what lies behind, beneath, and under, the easily known.

For me, the realm of design purports something higher, or more mysterious than merely superficial communications — there are layers to context. There is the obvious, then there are symbolical and allegorical layers that reach to more psychical conditions of being.

When I was in college, as a student of paleography, I was curious about the power of writing in different contexts — and one of them was magical. The idea was that the word, the naming of things, in writing, held sway in the power of describing things by “calling them out.”

In my conversations about magic, divination and witchcraft, the idea of talismans and amulets emerges — for me, it all started with my first, real personally purchased book, 1966, I was 13, the book cost the whopping fee of $12.00 — wholly appalling to my mother. 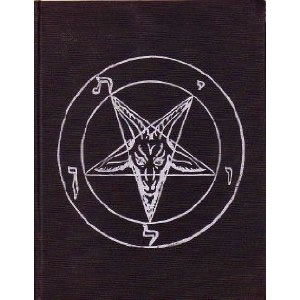 Our interest in the nature of writing and talismans can be found in the lobby entry way of Girvin, Seattle. On the western wall, there are a string of ancient talismans, each with writing, as a protective necklace to the place — inscribed in Arabic and Hebrew. They keep the magic: in. 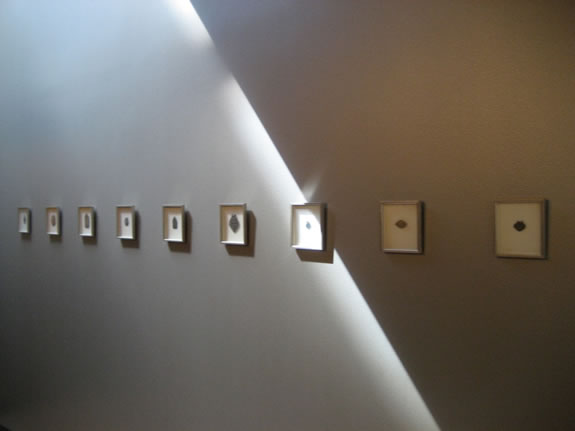 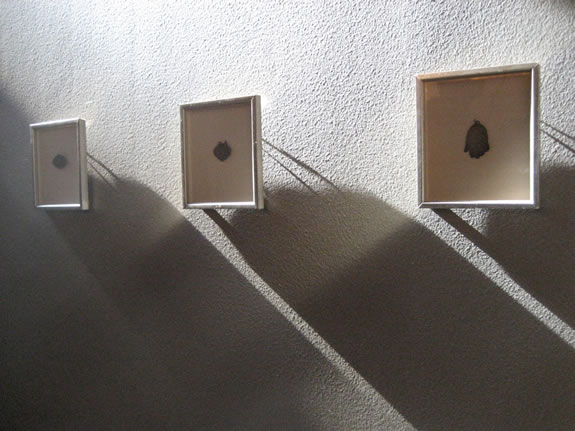 The conception of these amulets, designed to be worn, is that writing — prayers, spells and invocations are essentially spell-binding; the writing, read — perhaps by malevolent forces — are detracting, disarming, “binding” and warning shots to the bad — creating an encircling of goodness.
Bullets are deflected.
Badness is pushed away.
Demons are known, named and organized, for banishment.
This tradition is hardly new — but rather 1000s of years old.

To writing systems studies, and magical, divinatory and invocational uses of the written letter [in many languages] — protection from and the entrapment of the bad — during my college years, I also explored the nature of architecture and magic, the idea that buildings in the ancient world were cosmographic in character — they marked principles in the design of the world. Writing and signs weave into their sustenance, protection and definition [in signs, sigils and seals.] W.R. Lethaby authored a summary, his classic, “Architecture, Nature & Magic.” In a manner, buildings [and their design strategies] are the receptacles of bigger ideals, the mantle of the world, the dome of heaven, the lighthouse that sees all, the watchtower, the crossroads, the granary of seeds and food, the bakery and oven.

And buildings, and their occupants, need protection.

So how was that done? Talismans, symbolic markings, “signs” to ward off the bad. And, to the opening labyrinthine markings of the alphabet — the calligraphic mandala at the head of this blog — the path to “bind” the bad is one of encircling. Like spell-binding bowls. 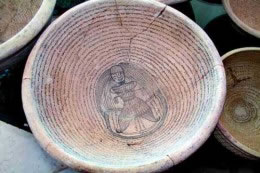 This Jewish incantation bowl features ancient magic spells written in Aramaic script spiraling around a bound demon in the hope that it will ward off evil.

From Wikipedia:
An incantation bowl, also known as a demon bowl or devil trap bowl, is a form of early protective magic found in modern-day Iraq and Iran. Produced in the Middle East during the Late Antiquity from 6th to 8th century AD (see Asuristan), the bowls were usually inscribed in a spiral, beginning from the rim and moving toward the center. Most are inscribed in Aramaic languages. The bowls were buried face down and were meant to capture demons. They were commonly placed under the threshold, courtyards, in the corner of the homes of the recently deceased and in graveyards. 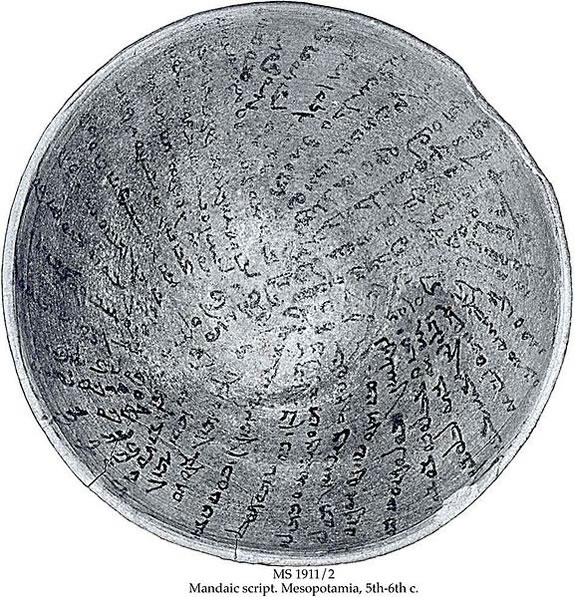 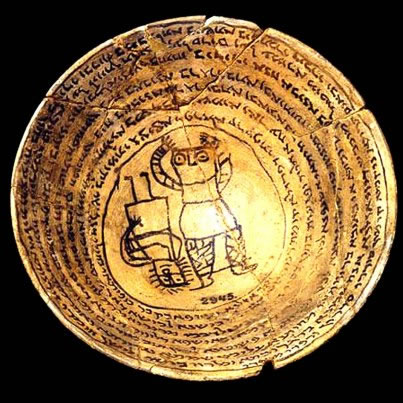 The idea of writing having magical and protective powers isn’t too difficult to acknowledge — the alphabet, or any writing system, in its lineage is 1000s of years old, a system of markings that hold the transparency of thought, emotion, prayer and meditation — writing can translate deep states of being. So too, the power of writing is tied to the “naming” and describing of things — which, in a manner, is something of a “binding.” By naming something you call it into being. Writing a spell works both ways, as an invocation of, or
a protection from, that which is named.

The love of Science

The love of Science, especially explosive science. Exploring the home laboratory Over the Christmas break, I was talking with family about my earlier days of exploring fire, chemistry and explosives. The key to any learning is about being close into it -- closely proximal to the actual action of scientific engagement. My science, during the…

Building the Cult of Yogurt

Designing the Brand: Yogurt Culture Company, Exploring the Process of Restaurant Brand Ideation Girvin has a deep history in the restaurant trade, particularly in building new brands. The legacy of 30 plus years has led to insights working both sides of the counter, learning about operations and guest procession, signing, menus, experience strategy and linking…
We use cookies on our website to give you the best experience on our website. By clicking “Accept”, you consent to the use of ALL the cookies.
Do not sell my personal information.
Cookie SettingsAccept
Manage consent