THE QUEST FOR FIRE: THE ETYMOLOGY OF BRANDING 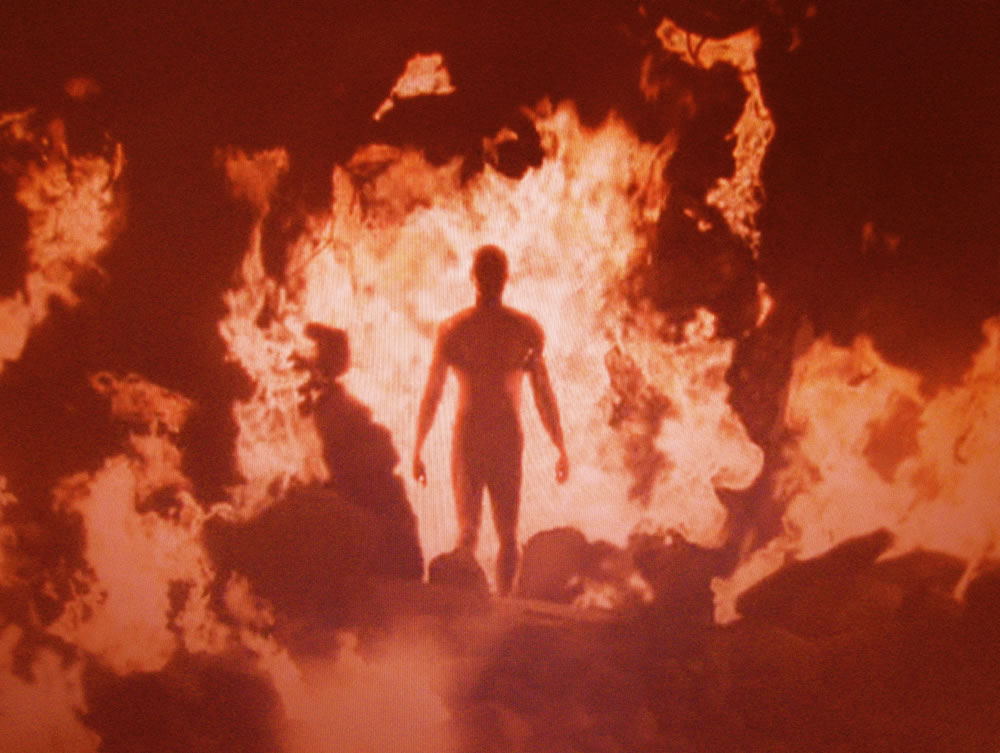 IF YOU BELIEVE IN BRANDING — THAT AN OBJECT HAS MORE POWER AS A BRANDED ENTITY, THEN WHY WOULD THAT BE SO?

There is belief at the heart of it.

You believe,
you love. 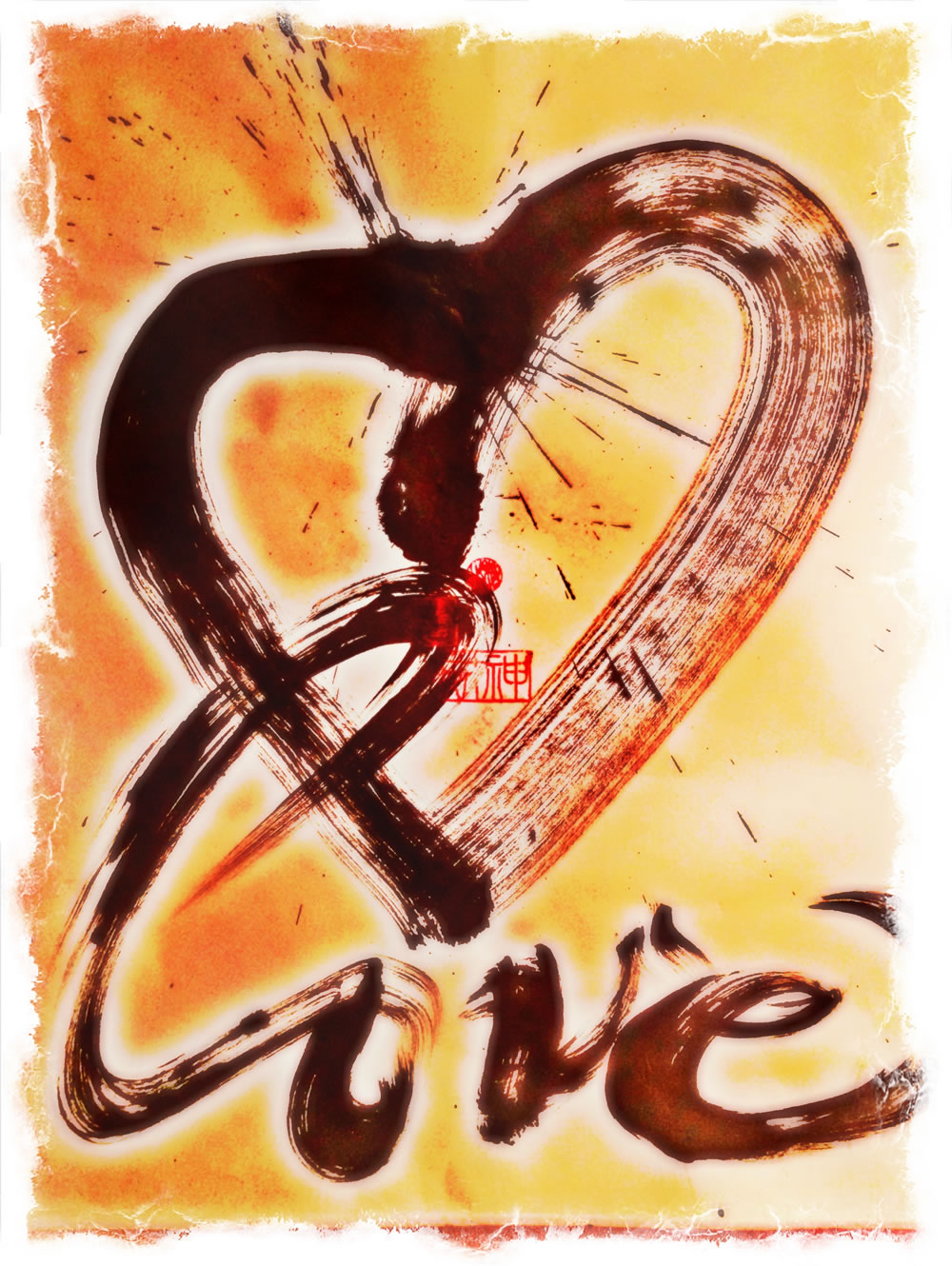 And, speaking etymologically,
belief = be love.

There are layers of context. In the most superficial way, it’s marked, it has some percentage of added value because it’s imprinted in a manner. The mark has meaning, legacy and value — there’s equity there. Things are better — from this brand. 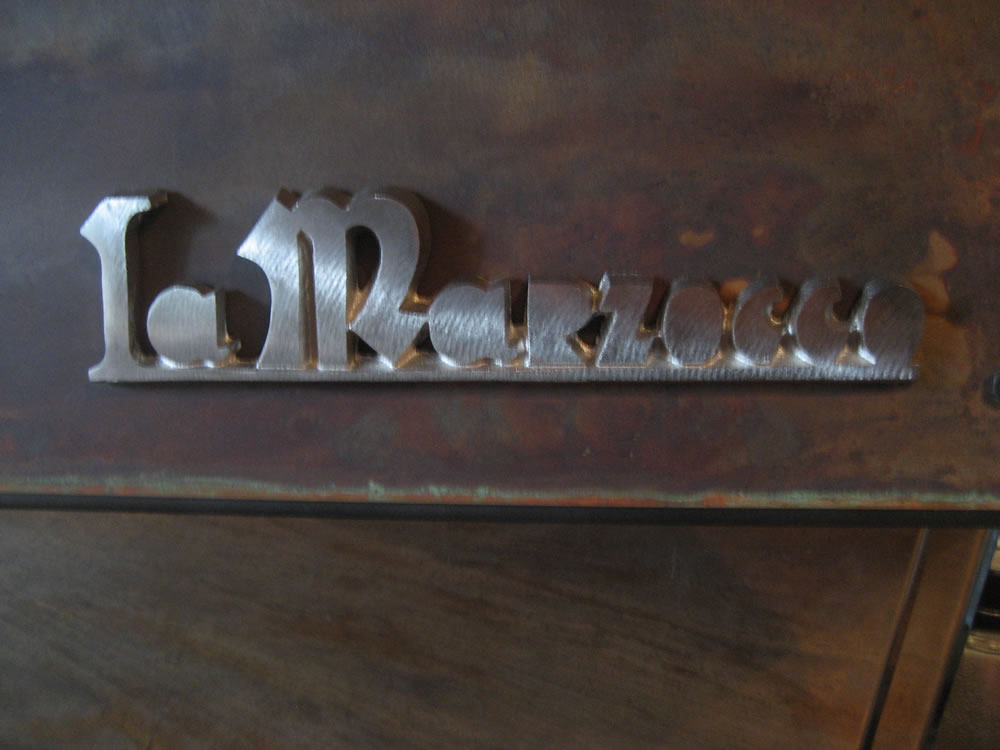 That’s the most surface-level construct — but let’s go in deeper, the layering of brand is a kind of temperament — there are strings from the skin to the heart. How well any brand works as an integrated entity starts in the soulfulness of its intentions — the center-point of strategy [which is always about moving forward — advancement] is what the brand stands for, and in that stance, where are you striding? 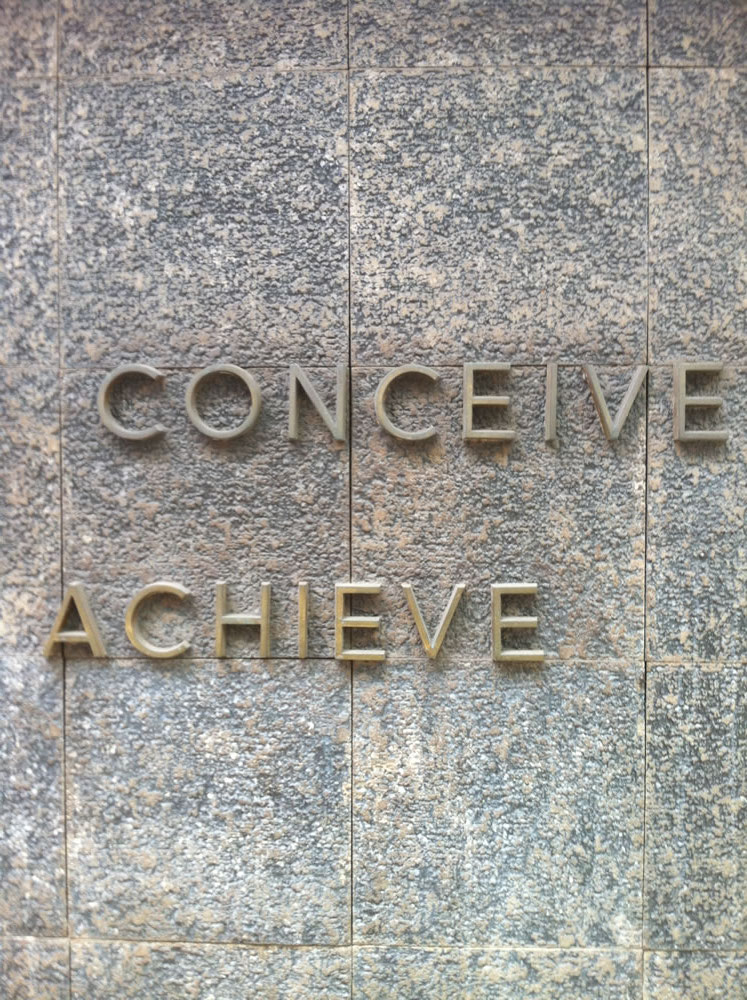 To my review, time on the road, speaking to brand teams, working with leadership and executives, it will always come down to some fairly profound personal questions.

Like — “you’re here, working on this business, why? What are you doing? Why are you here?”

That leads to the holism of action — passion to bring an idea to life — the making of
a personal truth. 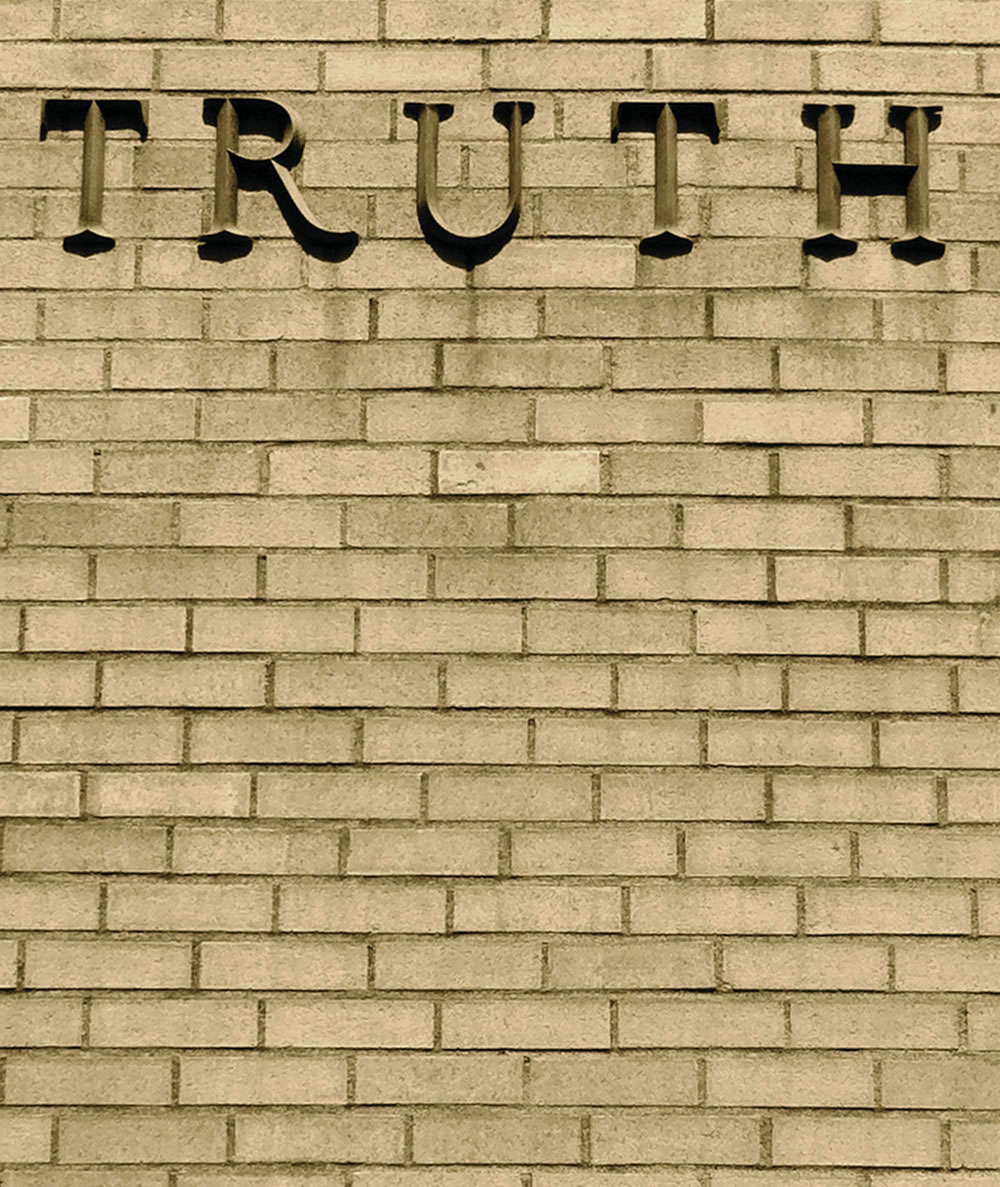 In a manner, that commitment to lifework, life procession — the progression in the effort of making — is the drive to dimensionality: the transformation of ideation to concretization.

There’s a repeating patterning in my work, it’s the quest for the inside, the deeper, the hidden, the story that needs to come out.

And the brand would be about that deeper story, working backwards into the etymological place, well made – it’s a seed sound. That always the place to study the architecture of language, the PIE.

It’s 5000 or more years ago, and that is the beginnings of sounds with meaning.

The notion of finding the heart of a word was to seek the real thing. Then, it was believed that the spirit of the thing resided in the word. By calling the name of the entity, one would imbue, or bring forth, that phrasing with the immanent power of the spirit of the entity named. That could be risk-laden. Because in that time, there was a visioning that the name was the thing. It’s about prayer. It’s about invocation — the evocation. The conception of prayer, the curse, the blessing — and invocation (the voicing or calling in) To that end, therefore, the notion of the word, eytmon, the inner meaning had immense power.

Those were the days. That was then, this is now.

Still, the name imbues character and the sense of the sound of the spoken word and the semantic presence held there. In the exploration and naming creation for our clients, comprehending, investigating and formulating the nature of the word, the meaning that is held within, it’s important to comprehend the layering of content that can imbue a naming solution with added brand depth.

The practice of naming is something that requires collaboratively reaching into the heart of strategic intentions — and the long term story of the brand — to find the soul of the enterprise, and build upon those elements that are meaningful. Meaning is one element, another is resonance. And sometimes, the concept of resounding in connection with guests, clients, customers, might involve developing relevant solutions that not only happily equate to a story that’s collected to an audience, but internally says something to those that work on the brand’s business.

Ideator® is the name of Girvin’s name development team. Our process is about acknowledging the above and focusing on strategic sequencing to help our clients arrive on the selection of naming solutions that are empowering visions to the character of their enterprise orientation. Step by step, sequenced in collaboration, utilizing the team at Girvin to build direction and create solutions; it’s been in play for our practice relationships since the mid-80s.

So, in thinking about names in the context of contemporary branding — how much meaning is there, what’s the layering of content and context? Who cares about it? Do customers really care, do they know that there’s something more there — to the name of a company that they might have a relationship with? If the story is told, we believe that they do. It’s part of their recalling.

Let’s walk back to naming solutions — take Cingular, for example. What’s that mean? What’s the concept that springs to mind?

Being a biologist, I go to dinoflagellates. I’m sure that instantly you went there as well.

Dinoflagellates are microscopic, (usually) unicellular, flagellated, often photosynthetic protists, commonly regarded as “algae” (Division Dinoflagellata). The ringing band that circles this type of protist microorganism is the cingulum. You can see it here, noted below — the ring.

cingular (SING-gyuh-luhr) adjective 1. Of or pertaining to a cingulum, an anatomical band or girdle on an animal or plant. 2. Encircling, girdling, surrounding. [From Latin cingulum (girdle), from cingere (to gird). Other words that are derived from the same root are cincture, precinct, shingles, and succinct.]

That which relates to the cingulum is cingular. And I suppose, when you look at the identity for Cingular, with that little blob of a figure, you might be reminded of this: 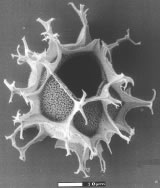 Anu Garg, who began a site in 1994, as a computer student (and scientist) created a weblink called Wordsmith. And evolved the function, a word a day. Here’s his take on that space, knocked-off from his site: http://wordsmith.org.

“When you see someone sporting a shirt with the manufacturer’s name inscribed in bold letters across the chest, it’s hard to ignore the irony. Here the apparel wearer is paying the company to promote its name, rather than vice versa. For the privilege of being a walking billboard, one forks over many times what one would normally pay for the same product. So next time you wear a pair of shoes with that logo, or a pair of pants with some large initials stitched on them, or a shirt with a brightly painted name, remember, you’re inadvertently advertising the company. The word “advertise” comes to us from Latin advertere meaning “to turn toward” or “to pay attention”. The word “inadvertently” derives from the same source. In other words, by not paying attention, we ARE paying attention.

Do you ever wonder about the meaning of all those company names on billboards, taxis, supermarket floors, movies, clothing, and in your children’s school books? While some of these are coined names (Sony, Novartis, Intel), many of them are bona fide words from the dictionary.”

The indices here to discussion are similarly ringed, layered and dimensional.

• Words have meaning that deepens below the horizon of first sight.
• A name is merely the breath of context — it can speak the spirit of the entity.
• Naming things can be, as it was in the past, an action of inestimable power to suggest, to magically translate, the idea into meaningful bridges in human experience.
• If there’s power in the name, there’s potential to create that arching connection, as a story, for people.
People relate. They connect. They might stay attached. They might be girded to, or by, the conception. And it’s all about that: holding attention.

The attentiveness is reflective:
both sides now. And the tending?

That’s life work, in any work and in brandfire — to do it well, it never stops.

TO GO FORWARD, YOU GO BACK. WRITE WHAT WAS. In my own experience, the study of the craft of design — which is, as we have explored — the signing of persona and intention, message and visual character, personally interpreted. To presume that a designer acts as a kind of informational automoton — robotically feathering…

BUILDING DESIGNED BRAND STORYTELLING IN THEATRICAL MARKETING | JOURNALING STRATEGIES AS DESIGN THINKING. I used to teach workshops called “Find Your Raven.” These were journal workshops built for people to explore writing, page composition, collaging life experience and creating layered content in the context of celebration, memory and experientiality in the construct of a book,…
We use cookies on our website to give you the best experience on our website. By clicking “Accept”, you consent to the use of ALL the cookies.
Do not sell my personal information.
Cookie SettingsAccept
Manage consent