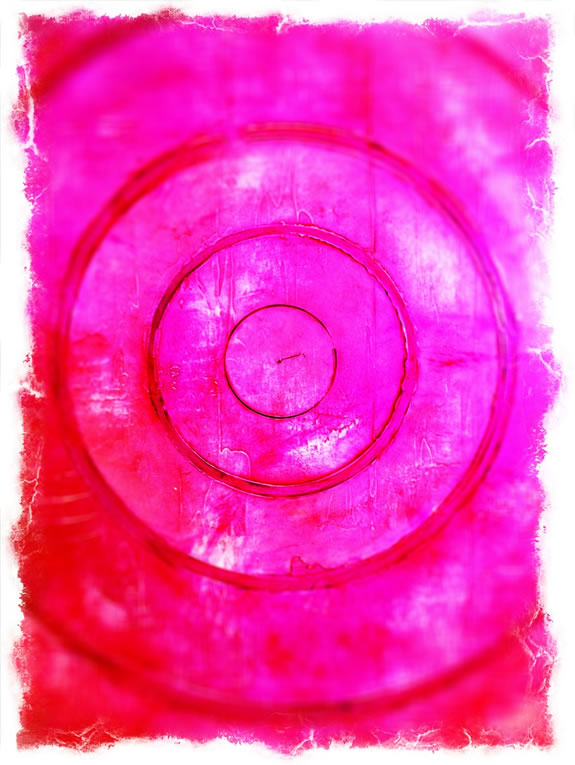 The metaphor of the Rod,
the Ring, the Line, the Circle. 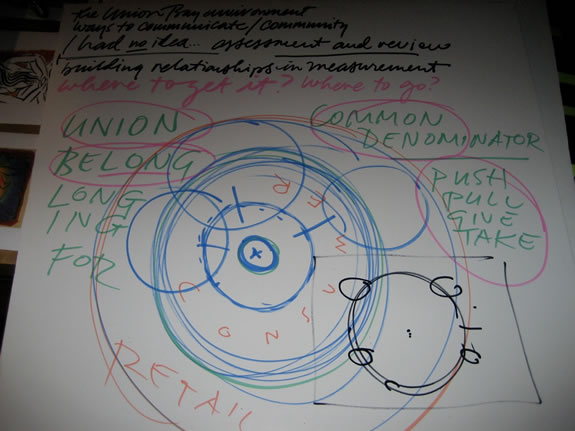 I think symbolically: when I try to find the answer to a problem, I draw it out.
And for me, it’s that:
“drawing it out.”

Like a string,
a line,
a movement.
A dance. 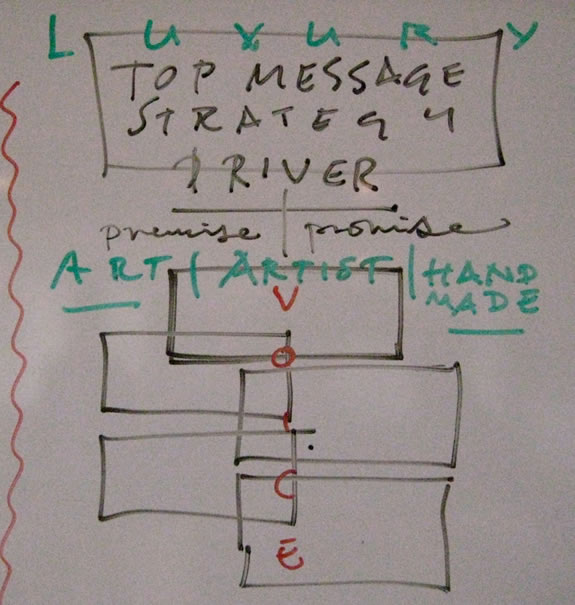 The idea of a stroke having a lively presence — a line isn’t a line, but a marking that opens an electrical signal that ignites the mind, the memory, and the depth of the psyche — the psychic place. 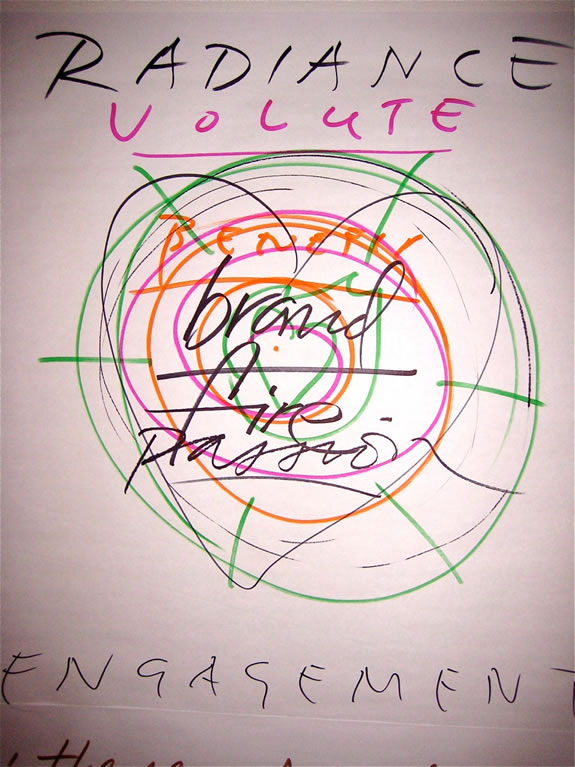 In an earlier relationship, we talked long about the idea of “the psychic place” — a mind location that seats the gatherings of memory, the state of impressions, the contemplation of experience, the sensate core. I offer that metaphorically, I’m sure that the notion of a psychic place, to the specificity of physiology and brain functioning is located in various locations throughout the cranial cortex. Scientists might deny the very presence of such an idea. I offer a conceptual positioning that relates more to our thinking as designers. Creating? What’s accomplished? Story, sensation, perspective and perception, balance, intuition and impressionability. What impresses, to mind and memory? A line starts that momentum.

Symbolic thinking — graphically — is a line drawn. I contemplate the sigil, the Aleph, the alif, the alpha and beta of a long-scratched investigations of mind and meaning to voice, to hand, to the seeing-in of insight.
By course,
for any of this to be functional,
one has to believe. 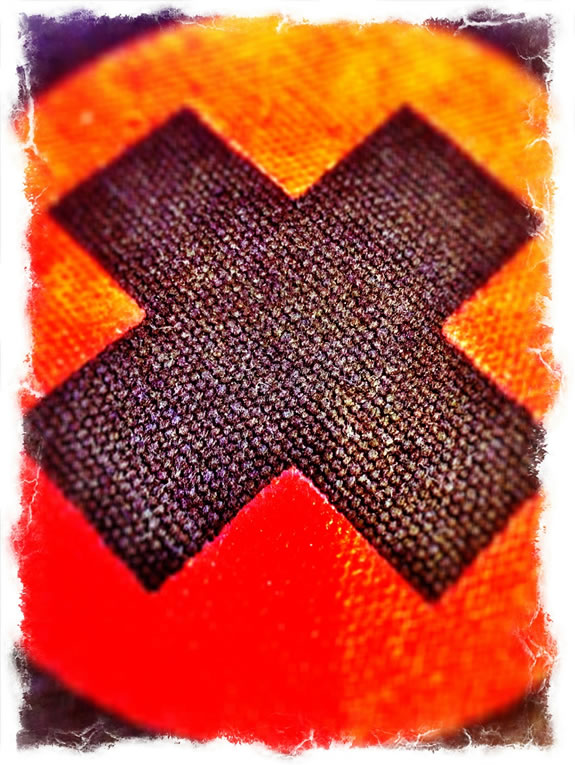 The symbolism of
the X.

When you make a mark, what do you believe is happening? When you think of a drawing, one might reach into the etymology of the word. Drawn. Which comes from a 7,000 year old rendering of *dhragh — to “carry, to bear.” What’s theorized as the PIE.
So, it might be offered that in my working sessions with teams, clients and otherwise, a drawing is a way for me to carry people from one place, through
the portal of a
momentary visioning,
to another place. 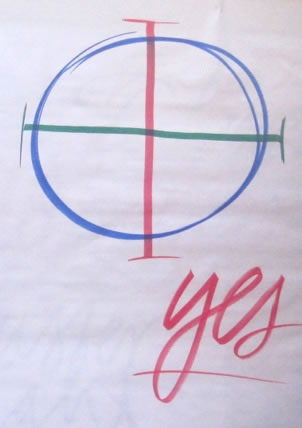 Designing a typeface is
about a straight line and a curved, possibly circular form;
it’s all about one line intersecting with another.
It is, like
most powerful symbology,
the rod and the ring.

The straight line and the curved line — a patterning. 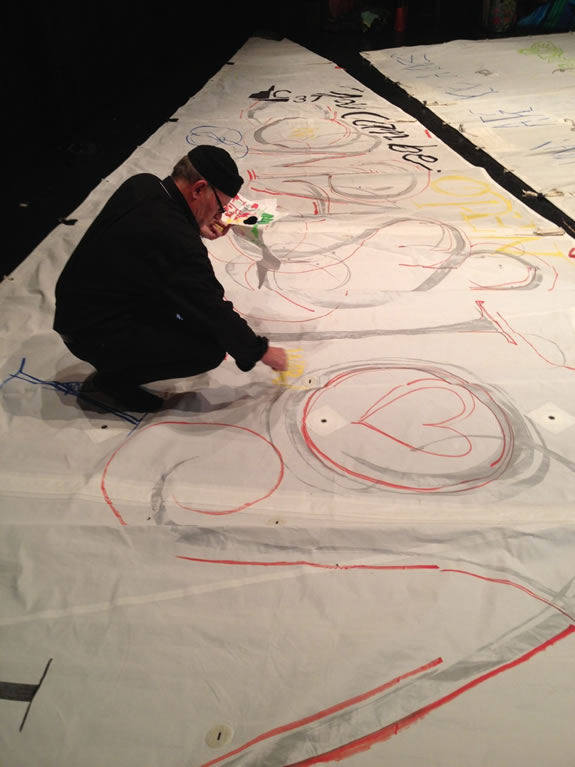 When you draw,
what is your belief?

Vision?
Demarcation?
A cartography?
A story?
The graphical realization of simple ideation?
A ley-line of energy?
A talisman.
A portal.

The Tarot of Your Journey

Designing Divination -- the Craft of your Path Built by Hand and Shown in the Throw The pick of the draw -- and the drawing out, the woven journey, the thread of path, and the cartography of the psyche. What you see is what you get; what you get is what you see. [below, signed…

Go You To The Shadow World? It's never about what you see in clarity alone, but what lies behind the Light. Certainty is never assured in anything. As a designer, when I'm working on a project, or a photo shoot, a story, a piece of writing, I watch for the Light, yet I know, behind…
We use cookies on our website to give you the best experience on our website. By clicking “Accept”, you consent to the use of ALL the cookies.
Do not sell my personal information.
Cookie SettingsAccept
Manage consent