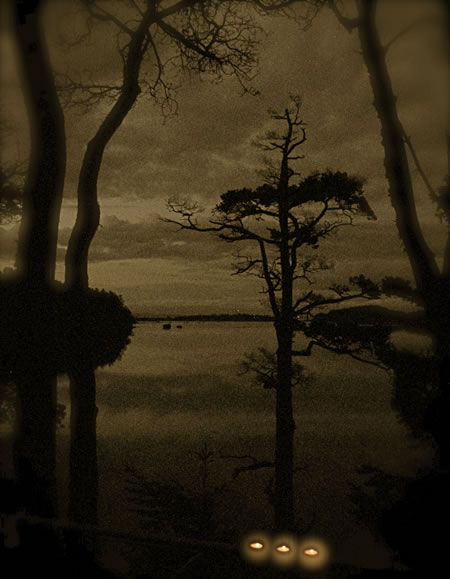 Smelling where you are

Arising this morning, I can gather the scent of wild grasses, the salted smell of sea, the slight drift of sulphur from the cast of decaying seaweeds, wafting from the rocky shore below — and there is a note of stone; pine, crushed in my fingers mix with a sprig of lavender that I’ve snipped from the garden, and these are all gathered in the note of place that sequences of all of these smells, speaking of place.

Place is distinct from space — it’s a terminus of locality, it’s where you are, what you are, and — in your consciousness — presence. Being present is paying attention. And scenting brings one to a feeling of sentience in the center of your experience — fragrance can be the strongest context of memory.

A friend, Tracy Pepe, passed along this reference to exploring the context of the layering of scents in another place, Kansas City. She’s incessantly foraging in the scent realm — the placement of perfume. I’ve been there, and have no recollection of smell there. Speaking there, judging design competitions, connecting with the team at Hallmark as a consulting lecturer kept me occupied on other fronts — I’m not recalling an olfactory memory.

There are some interesting observation in this woman’s study of scent in place. She’s building a tour, so to speak, to concrete scent among the denizens of KC in the experience of understanding how their place smells. Some comments:

• Uncovering scent: Tolaas aspires to discover the hidden Kansas City and to present that back to the city. “This is my function,” she says. “To find the places that people here wouldn’t.”
• Wafting: “It’s a perfect day, because the air is moving with the wind,” she explains. “It’s also complicated, because you get the perfect smell, and then it’s gone.”
• Sourcing: “Tolaas has been making piles of mementos representing the different neighborhoods she has visited, from the Country Club Plaza to The Legends, from Columbus Park to the Argentine neighborhood in Kansas City, Kan. Although most people think of smells as being invisible things that hover in the ether, Tolaas explains that every smell has a source. “You have to find the source,” she says.”
• Composing: “opens a plastic bag of Cabela’s-brand apple licorice and holds it in one hand, and in the other is a packet of “jerky chew,” a chewy meat and tobacco blend. Nestled between these objects is a rubber dog toy used to train retrievers. She puffs the plastic bags open and closed quickly and deftly, and fragrant air shoots out. Together, the objects create a distinctive aroma of apple orchards, too-sweet waxy candy, savory meat, wet tobacco and rubber. It evokes musk and wrappers, a hunter-gatherer-consumer society.“You get to compose,” she proclaims with satisfaction. “It’s like making a symphony. You put things together, but it still makes sense without making a brown soup.”
• Finding scents: “Smell research by collecting the objects that emit the smells her nose detects, then placing these in plastic bags with professional olfactory papers that absorb and retain the scents.
• Scent ambulation: “Walkers come upon smells gradually. Smells start by hinting at information. Then, if you keep approaching, they hit you over the head. Drivers just appear on the scene. They meet a smell all of a sudden. Walkers use smells for direction and navigation, much like dogs hunting for prey or a kill.“Hunting dogs run in a zigzag so they don’t get used to the smell,” Tolaas says. “We zigzag all the time if we look for the source.”
• Smell expositions: “When the specimens arrive at her lab in Berlin, she has the molecular structure analyzed so that she can re-create the smells of the neighborhoods. Then she brings the smells back to the places where they originated.”

The character of Tolaas’ work expands to other explorations — and exhibitions — of the contextualization of scent. Context meaning: place-making and fragranced interrelationships. An added exploration in scent, and the work of Tolaas, is found in Wired — examining the scent of fear.

Sally McGrane notes:
“Animals can smell fear. Now you can, too — on walls, maybe cars.

Sissel Tolaas holds out a sealed bottle. “So,” she says, sniffing gingerly, “this is the S&M Guy.” She hands over the bottle with a warning: “Just smell from the top. If you open it, it’s very extreme.” I inhale cautiously. The scent is… heavy? Musky? There are definite deodorant notes, plus an undefinable, unfamiliar something that, after a deeper whiff, nearly makes me gag.

We are sitting in an elegant, high-ceilinged room adjacent to the laboratory in Tolaas’ turn-of-the-century Berlin apartment. The leggy blonde, who wears a skirt and high-heeled boots, grabs another glass bottle and sprays her wrist liberally with what she calls Guy No. 3. “I wear it to parties,” she says.

S&M Guy and Guy No. 3 were derived from the sweat of two of the nine men who were the subject of Tolaas’ 2006 exhibit the FEAR of Smell — the Smell of FEAR at MIT’s List Visual Arts Center. The men suffer from acute, chronic fear.”

The New York Times notes, expanding on this proposition, “Her aim isn’t to shock or repulse, she says, but to re-educate our noses and enhance our ability to express what we sense with them.

“We can detect up to 15,000 different smells, but we only say, ‘It’s bad,’ or, ‘It’s good.’ Or we use metaphor: ‘It smells like apple, it smells like a dog.”’ To some, her projects might appear esoteric, or even banal. I.F.F. clearly doesn’t think so: in 2004, it invited Tolaas to open a lab dedicated to the development of olfactory “concepts.” Tolaas can switch effortlessly between biennials and multinationals. She’s created the “Swedish” smells for Volvo, Ikea and H&M. Proctor & Gamble and Adidas want to develop a commercial application for her sweat project. She’s in negotiations with Louis Vuitton to serve up the “foodless” pills and sprays that she has created with the avant-garde chef Davide Scabin, originally designed for the last Venice Biennale. Next year, her ambient smells for Maison Martin Margiela, Raf Simons and Hedi Slimane will accompany their installations at “Disfashional,” an exhibition in Luxembourg. Yet she’s never produced a single bottle of commercial fragrance.

“I’m here as a trigger,” she says. “I test things on people, check out their reactions. I’m not here to say, ‘This is right, that is wrong.”’

Often her smells provoke physical reactions that can’t be controlled. In a 2003 show at the Fondation Cartier in Paris, Tolaas simulated the smell of that city. She labored for six months with perfumers to accurately capture the aroma of the ubiquitous Rive Gauche dog droppings, overflowing ashtrays and the bloody, sulphurous reek of a slaughterhouse. As we sit in her vast, parquet-floored office in Wilmersdorfs inhaling those foul French perfumes, even Tolaas herself momentarily loses composure, clutching her throat as though struck. “O.K.,” she says, in surrender. “Let’s open a window.” [Susie Rushton]

In being anywhere, the idea of scenting relates closely to attention. And the idea of being attuned and linked into a sense of place inherently can tie to the concepts of the smell of an environment. I’ve experimented for years in scenting my offices — to good and bad effect — but it’s something that I practice in testing the potentials. Always a mix, and always shifting. What scents?

In traveling in Italy, I’d met with the founding members, a husband and wife team, from Positano, hoteliers and perfumers Sebastián Alvarez Murena and Marina Sersale. They’d referenced building scents founded on experiences and sensations, the idea of their recollections of, for example, the smell of Sienna, Italy, in winter. 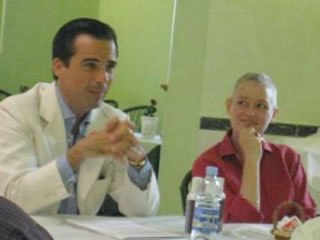 BRANDING HOME | Creating a brand strategy and visualization for a property. Designing brands for family estates and compounds.

Home: the house where the heart is. Speaking of the idea of branding, and the heart of the matter, the idea of exploring the nature of spirit in place couldn't be more intimate than a place that people call their home -- a house, a place of holding and containment. Over time, we've created icons…

The proposition of men, designing men's stuff is an interesting one -- from Filson to designer Axes, from canvas luggage to gear that guys want. What's the pitch? To the general philosophy that there's a men's designer consciousness -- to the concept that there isn't: good design is good design. Or great, rather. What drives…
We use cookies on our website to give you the best experience on our website. By clicking “Accept”, you consent to the use of ALL the cookies.
Do not sell my personal information.
Cookie SettingsAccept
Manage consent