The Scent of the Prisoner 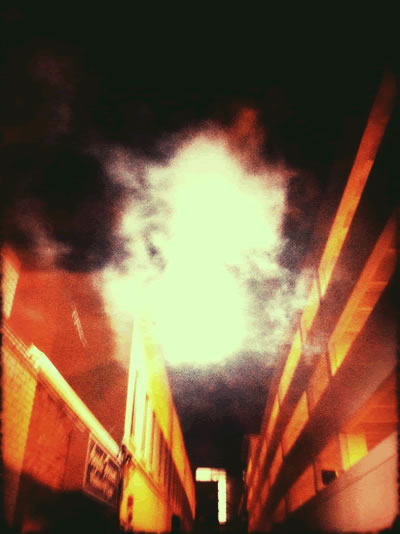 The Concept of the Fragrance — and the Prison.
What’s Left in the End of Solitude?

Listening to prisoners led Beaux to create perhaps the greatest perfume ever.

I listen. I was talking to a prisoner — this, a casual aside — a man who’d been there — in prison. What was the scent? What scent lost — in confinement? And we talked about the idea of perfume — the fragrance of being.

What he referenced was: “there wasn’t any scent — and because of that, there was a huge hunger for it — a real “perfume” – something from the outside.”

That idea of scent is something that we take for granted, in the simplistic examination of experience and presence. To the one — some of us are inherently tuned in: we smell everything. Others slide by, barely sensing the scent of the moment — the wisp of tide, the heat of asphalt, the green of leaf, hot water, rubber — hay, the dusted harvest; anything. And everything has a scent. Except in prison, or so I’ve been told. It’s one thing to be told, it’s another to find.

Others comment. But the question might be — could perfume even be there? Could a scent, beyond a fume — come in?

Fascinating, that telling — the idea of the scent being the only, and most powerful recollective expression of an age of imprisonment. Thinking about that, talking to others — the recalling is about the smell of disinfectant, urine — and washed concrete, clinical and industrial soap — the brilliantly yellow soap of an extruded bar maker. When I think about the contemplations of scent — and the poetry of its meaning, it comes out harder — from behind bars.

“that’s what happens if you put on charlie and then, later, when it seems safe (3 hours?); “layer” on some jovan musk

also, i love this vintage soul
i have to say, i love smells like i love food
and though i now appreciate capers in a light cream sauce over salmon
i still really love a big mac

i don’t know if i would appreciate something analogous in the realm of scents yet, and i hate capers, but i think i’ll have acquired a number of acquired tastes within a few months/years.”

PRISON’S REALITY, MAY IT NEVER BE YOUR REALITY

“I lay here in this dark and secluded cell, dungeon really, and just stare at the walls.
It seems as if I were trapped between time and space,
someone in the netherworld, a place others
do not exist…”

“So you continue to dream.
Recalling the days you had women and didn’t give a damn
about them. They came a dime a dozen.
But now they have become your most yearning desire, your
main focal point, your every breath.
You remember the scent more than anything. The sweet
perfume rising off her shoulders. The freshness of her natural
scent after being caught in the rain.
The pungent, sharpness of after-sex. Even that awakens your
memory in a pleasantness for what used to be.
Other than the thoughts of women is the focus of leaving.
As days turned into months and months into years, it’s amazing that
you still hang on to the day of walking out of this place.
The air, thick with mold and mildew, heavy with perspiration
and too much maleness all around.
All you view and touch every single day is heavy steel and cold concrete.”

And his meditation is about the reflection of world’s passed, pre-imprisonment, and the sensations of what is being left behind. And the scents, and memories of these experiences — such, the power of recollection in the nature of fragrant place. Or to the contrary, an environment that so calls the absence of scent, or so overwhelms the potentials of how it is managed, over-managed, or devastated in astringency. Walking the corridors of the correctional systems, you find pleas, reaches and contemplations of the power of the scented notation.

In Prison by the Senses, by Frank McEvoy, Kyle Moran, and Craig Salathe, this trio offers writings and collected descriptions of prison as the senses receive them (or are assaulted by them). There are collections of commentary on each of the sensations – then they are gathered for this essay. To scent — or the hard bedrock of smell, “Ironically, most of the people don’t comment much about smell, or they say they really can’t smell anything. That’s not my description from the times I’ve been in jail with social work projects. I’ve always thought a prison had the smell of disinfectant over sweat over urine. Kyle noted, though, that he could smell a woman’s perfume from a significant distance. With the toilets in the cells (sometimes two-man cells), people like Art commented on the smell of excrement. Kyle continues: There really isn’t anything to smell at all. Everything smells the same to an inmate because we’ve been here so long that we grew accustomed to the once-obvious smells.” © Justice Denied.

The sense of smell and the inextricability to memory — what is held, what is lost, is remarkable.

Lawson Strickland: “And a concrete floor, four concrete walls, toilet and table is all for the home where twenty-three hours each day I spend. Home to the conscious dead.

The most prominent object in my cell is a window centered within the back wall. It is all steel and hardness, mesh alienation and welded bar separation; two glass panes to crank open only so far. I bide the time there, yet even now. From morning’s rise to evening’s sunset.

I long to feel across the skin freeness of breezes fresh with nature’s scent, of new cut grass and honeysuckle and pine. To spy upon warblers and sparrows and jays plucking along rows of razor fence line, oblivious to the kept. The canaries free, loved by the caged cat.”

There are others that ask the other question, the rudiments of olfaction — how, and where, searching.

But it’s all about the fume, the spread of fragranced sequence —

It’s interesting that some might consider the loss of scent as the foundation for a fair trade, giving up the sense of smell for the stasis of “social networks.” Is that possible? According to online research — yes (53%). But when it’s gone, it’s gone, dragging more away to sense-lessness than one might imagine.

The beginning of the question — the prison of the senses?

This idea, the nature of the prisoner, the mystery of the senses, lost (or newly discovered) — came in the origination of this one story, the legacy of the fragrance design of Chanel No. 5.

This came to the legend of one man — and, to connection for me — prisoners. Ernest Beaux, born December 8, 1881 and passing five decades back — June 9, 1961), a Russian and French perfumer who is most famously known for creating Chanel No. 5, perhaps the world’s most widely recognized perfume. Connecting with Gabrielle Chanel came from a series of experiences and experiments that led Beaux to a path, a listening, an inspiration in an encounter with prisoners. The inspirations for the development of a distinctly unique, modernist perfume had been on Chanel’s mind. In early 1920, her lover, Grand Duke Dmitri Pavlovich, introduced her to Ernest Beaux at the French Riviera. Beaux was the master scent designer at A. Rallet and Company, where he had been employed since 1898.

It was during this design inspiration — a years long exploration — that the implications of query, the prison — and the lilting interpretation evolved — fired by the sparks of war. Beaux, during the wartime efforts, had affiliated himself with the Allies and the White Russian army. From 1917-19 Beaux was a lieutenant stationed in the far north, at the last arctic outpost of the continent, Arkangelsk, at Mudyug Island Prison. It was here that he interrogated Bolshevik prisoners. To his impressions, the polar ice, frigid seascape, and whiteness of the snow drafted landscape catalyzed his desire to synthesize the interpretations of this crisp scented experience — the fragrance of this landscape — into a newly envisioned perfume compound.

After his return, Beaux perfected what was to become Chanel No. 5 — during several months efforts, the late summer and autumn of 1920. He worked from the rose and jasmine base of his earlier development, a failed Imperial Russian perfume design commission — Rallet No. 1 — and altered it to create a more daring, cleaner interpretation — deeply recalling his time as a prison interrogator — reminiscent of the pristine polar freshness he had recalled during his war years. To the refreshed modernism, experimented with synthetics, adding his own invention “Rose E. B” and fragrance notes derived from a new jasmine source — called Jasophore. The new visioning of this complexity empowered the quantities of natural musks as well as orris / iris root. The key of the innovation lay in Beaux’s introduction of aldehydes — organic substances, carbon, oxygen and hydrogen.

The opening to this exploration started with a NYC conversation — a former inmate, the banishment of scent — the experience of imprisonment to the realm of the senses lost. And finally in that meditation of another listening — scent, the place, the questioning that lends the spirit of a kind of breaking free, onwards — Chanel.

To each, a kind of imprisoned magic — the absence, that lends to the fullness of sensation, never forgotten.

I am in a prison of my senses — it is a containment, and a contentment — but to each, there is — theirs is — a prisoned sentinel, the guarded enclosure — and perhaps, in each, there is a portal to another freedom.

When I think about an experience, it's always a mix of complex impressions. I absorb. I like to sit and watch -- people, interacting with place and content. Sameness is less memorable. In the quest to create perfected brand conditioning, sometimes that disciplined spirit lends itself to ease of recognizability -- but homogeneity can be…

A PLACE OF MEDITATION; AND A MEDITATION ON PLACE: ST. IGNATIUS | SEATTLE UNIVERSITY An urban ark: a place of transport, safety and preservation of tradition and recollection. I'VE TRAVELED the world, exploring spiritual sites (and sights) from the Jokhang temple complex, Lhasa, Barkhor -- the center of the world in Tibetan worship. To the…
We use cookies on our website to give you the best experience on our website. By clicking “Accept”, you consent to the use of ALL the cookies.
Do not sell my personal information.
Cookie SettingsAccept
Manage consent