The Script | the calligraphy of the mind 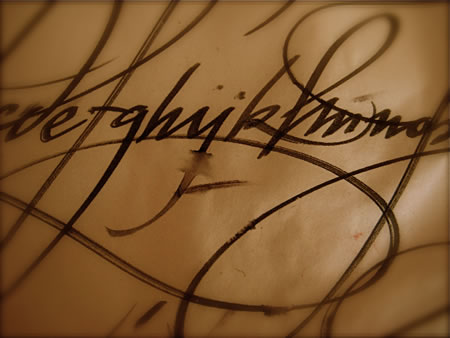 The nature of the scripted hand, gesture and the fluent link to the mind

I was talking to Steven Heller, the former Creative Director of the New York Times, and a person of astonishing connections and scholarship in the real of the history of design, author of more than 130 books and the husband of the esteemed designer Louise Fili. 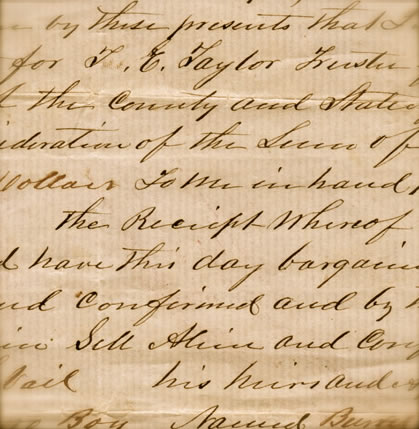 We were talking about the concept of the sketched rendering — and the script — the working drawing in the development of type. Any type that we create, starts with the hand. And in fact, for the talent of the Girvin teams, we look for resources that can draw, first, then approach the computer as a working environment. 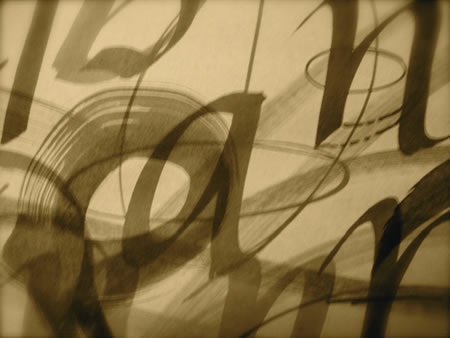 But in contemplating the idea of the hand, and the sequence of movements that illustrate thought, the idea that language is an imagining of the mind, and that drawing “type” is a mentoring of the idea. The very nature of the handwritten bespeaks a livelier dimensionality of the vitality of the reach from the conscious mind and memory to the gestured articulation of the fingertips. Handwriting is the signature of the soul — the mark of the person. I’ve spoken there, earlier. X marks the spot, and the hand-written missive suggests the crossing of the physical and the psychic, the collusion of mind and body. 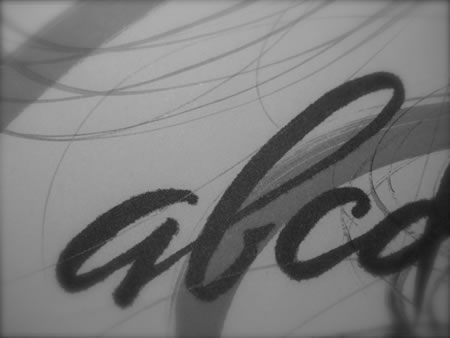 The history of the written word might be considered a kind of rolling sequence of “rhythmic movements involving touch” as my friend and early mentor, Lloyd Reynolds (and of his teacher, Alfred Fairbanks) intoned during the days of my visits and working sessions with him at his home in Portland, Oregon, as well as hanging out at Reed College. 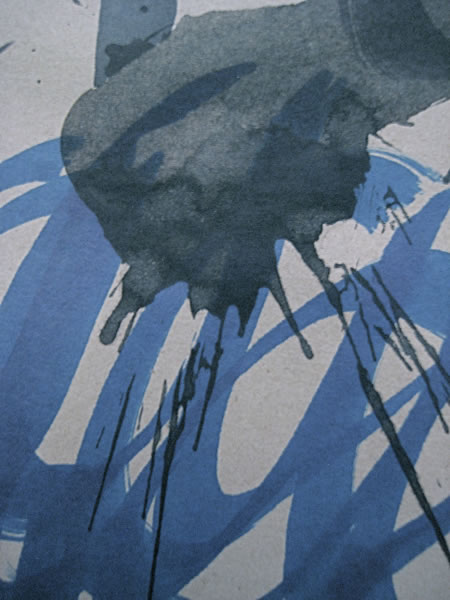 If we consider the lightning strike of ideas in expression, the power of the electrified presence of thought, script becomes the quicksilver of transformation — it is lightning. And stormed ideas, in speed drawn. 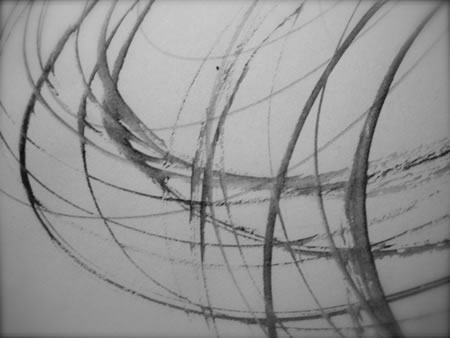 Interestingly enough, the idea of the movement of the hand written, over 4,000 years, is but a sequencing in the evolution of a systems of gestures that transmigrate thinking, computations, dreams and visions into something palpable, scribed in stone, metal, papyrus, cloth, vellum and finally paper. And the computer screen, digitally assembled in the coding of tiny pixels, each genetically built of 1s and 0s. 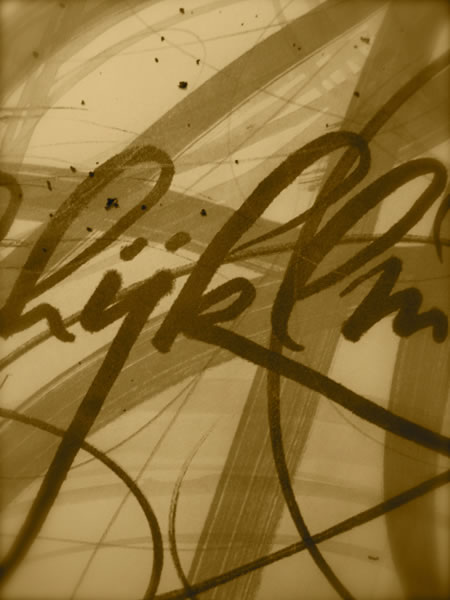 To watch the migration of the gesture, the study of that lineage lies here, bearing in mind, of course, that the thread is global, the intertwining of culture and language in the explication of the scratched word. In exploring this with my students (at a Girvin calligraphy class.) the idea drifts in and out, how this a, became that a. And this a, that you’re drawing now, it’s more to “the style of a form several hundred years earlier, but nice resolution of that period.” 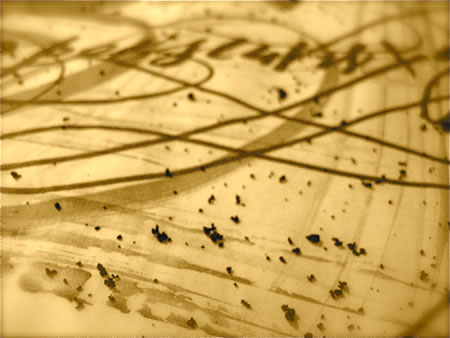 And what lends itself to is the movement of one time, that then transcends itself into a new form, later in the red thread of the hand, moving one into another, decade after decade, century after century. That translation is about the flow of content, from mind and the tractate. Script, too, is about flow and concentration — it is, at once, about discipline, it is, too, about unrestricted freedom. Know the forms by heart and the expression will flow, just as an individual handwriting is evidenced in the lines of their persona. 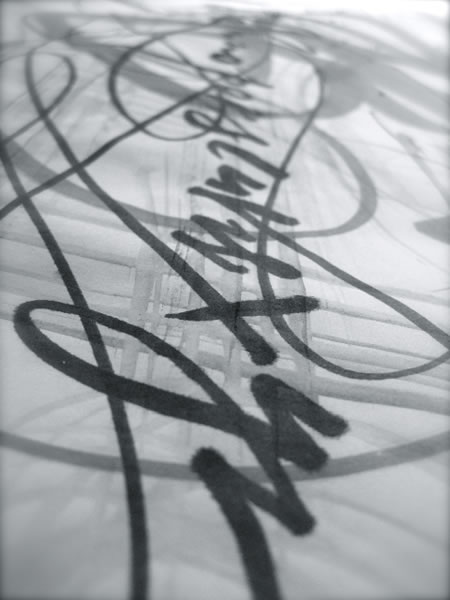 What’s your script, to the telling of the story? One moment of discipline, the gliding mind, later transfigured to stroked line of the imagination. 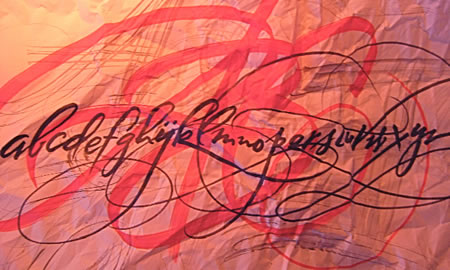 Global brand erection: the next position(ing) Okay, so it's Valentine's Day -- some levity, please. I do have a curiosity about the marketing of sex and the relations therein. It's a tough challenge, a complicated demographic positioning, albeit fraught with emotional conspicuity, as well as other insinuations of restriction, spirituality, personal senses of propriety. What…

Paramount Studios Are you telling the truth - do you smell right? The smell and taste of things remain poised a long time . . . and bear unfaltering, in the tiny and almost impalpable drop of their essence, the vast structure of recollection. (Proust, 1913/1928, p. 65) The Scent of a Woman Working with…
We use cookies on our website to give you the best experience on our website. By clicking “Accept”, you consent to the use of ALL the cookies.
Do not sell my personal information.
Cookie SettingsAccept
Manage consent