The Shock of Beauty

The shock of the new, the spectacle of surprise 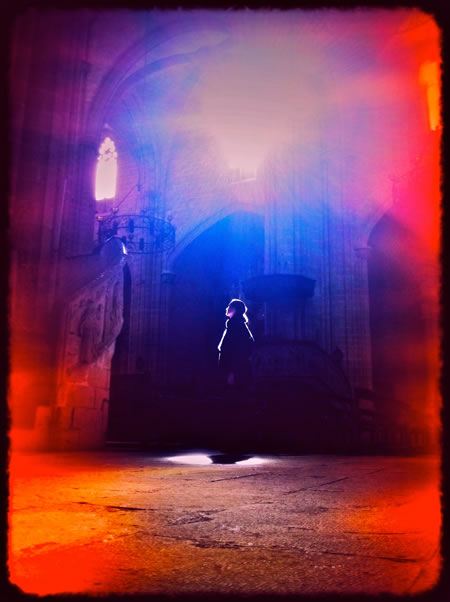 Tim Girvin | Spain
I like the idea of standing out — something that’s a surprise — it’s a shock.

Then again, you probably know that surprise — etymologically, is the prize beyond, it’s the sur-prise; “pried” from the moment of victory in the “plunder” of experience.

More so, perhaps, this sense:
“A Surprize is … a dish … which promising little from its first appearance, when open, abounds with all sorts of variety.” [W. King, “Cookery,” 1708]

But, the meaning grows deeper, to war and martial arts and capture — sur meaning “over” and the prize [prise — being more akin to pries, or to “pry”] So an attack that is a surprise is actually a “prehension” from above. Prehensile — which, as you know, links to the concept of “grasp” — to “prehend — like: to “apprehend” or “comprehend.”

An idea could be a war of, and for, ideas of the new.

Good ideas, if they are emotionally evocative, are literally “held.”
That “holds” true.
To heart.

OUTSTANDING — easier and more obvious — to “stand out” to “stand apart” from the crowd. “Out stood” – to out- stand, as well, is to “outlast.”
In that way, in our work, the power of something that’s memorable,
might be in its
beauty. And the capturing of attention and focus.
Captivation.
Enchantment.
Magic.
Drama.
Inventiveness.

That’s right in there — to rethinking, listening to, digging into the layered meanings of words — with “shock.”

Wake up, and smell…
something.
Awaken, go out and see something!

You can see, these — and surely, too, you have your own moments of momentous discovering — the shake of shock, being pried from the present, surprised. 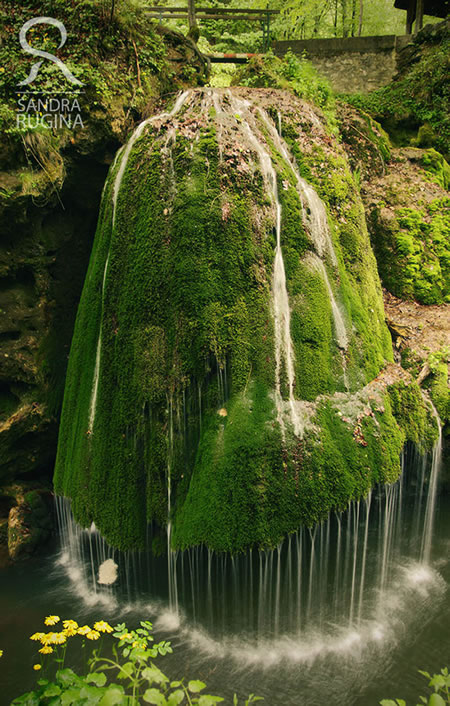 According to Sandra’s notes, this is the Bigar Cascade Falls in Carass Severin, Romania, at the 45th parallel.

The dramatic moss-covered falls are situated in the forests of the Anina Mountains and is formed by an underground water spring that spills into the Minis River. Magical, Minis. 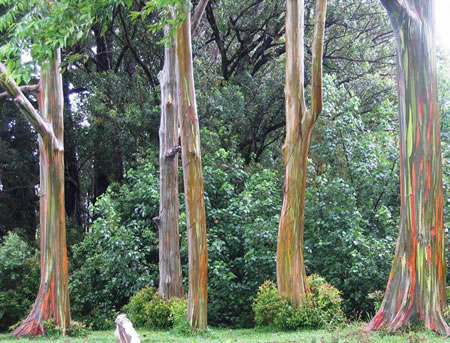 This photo by Amanda Pope shows a group of Rainbow Eucalyptus trees spotted just off the Hana Highway in east Maui. I’ve seen them, other roads and hidden places, on Mau’i and Kaua’i — struck by the “dripping splash and clash of colorations.”

Commonly known as the Rainbow Eucalyptus, the Mindanao Gum, or the Rainbow Gum, it is the only Eucalyptus species found naturally in the Northern Hemisphere.

A unique multi-hued bark is the most distinctive feature of the tree. Patches of outer bark are shed annually at different times, showing a bright green inner bark.

This then darkens and matures to bloom progressively blue, purple, orange and then maroon tones. 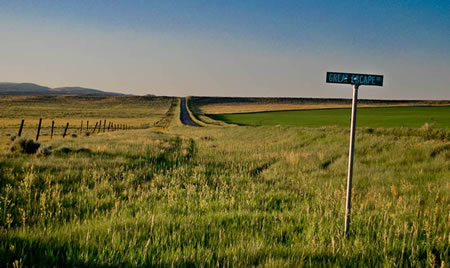 Journey, lone, the long road, strode solitary — a beautiful image gathering of the Great Escape Road in Wilsall, Montana. A Reddit post by VFAGB who says that he and his girlfriend sold all of their possessions (his camera not included) and travelled the Western states of America for seven months.

An awakening commitment can be a risk — to leap out, to jump the chasm of “stability” — to find and create an experience to build a memorable, [unforgettable] encounter — the risk: spectacle and capture. (See scene, be shocked and “pried from where you were,” to the new wowness of surprise — be captured in [the embrace of beauty.] 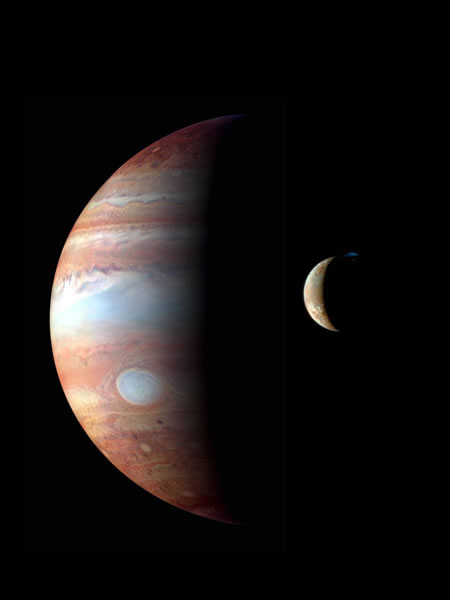 ERUPTION ON IO Photograph by NASA

I was dreaming about this: walking another world, in turmoil, vulcanizing, developing — growing; and walking that world, seething in hot poisonous mists.

Watching the online updates and daily notations of NASA, this montage of images of Jupiter and its volcanic moon Io, was taken by the New Horizon robotic spacecraft’s flyby in in early 2007. The Jupiter image is an infrared color composite taken by the spacecraft’s near-infrared imaging spectrometer on Feb. 28, 2007. While this is a throwback to earlier imagery – still, the vision, the dream is unforgettable. Even now continuing. 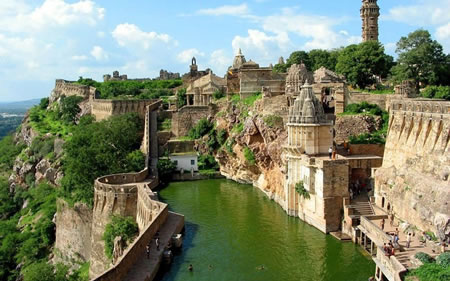 CHITTORGARH, THE LARGEST FORT IN INDIA Photograph via IAmASeaLions on Reddit

Chittorgarh Fort is the most monumental fortification in India and the grandest in the state of Rajasthan. The fort, known as Chittor, was the capital of Mewar and is sited several kilometres by road south of Bhilwara. 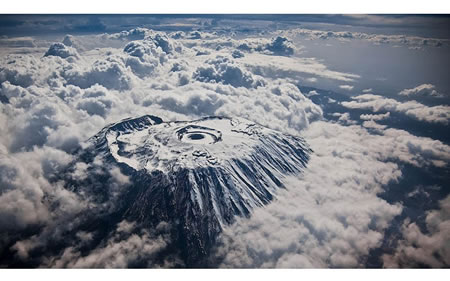 MOUNT KILIMANJARO FROM ABOVE Photograph via ninjao on Reddit

This aerial photograph of Mount Kilimanjaro was posted to Reddit, by a user: ninjao. He comments that the shot was taken by his friend. The over-view is one main mountain — Kilimanjaro, with its three volcanic cones and caldera: Kibo, Mawenzi, and Shira. 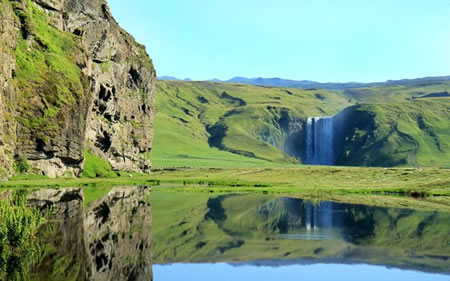 SKOGAFOSS FALLS IN ICELAND Photograph by annag @ visir.is (on Panoramio.com)

Skogafoss, a waterfall, is situated in the south of Iceland, at the cliffs of the former coastline. The coastline has progressively receded seaward.(now — a distance of about 5 kilometres from Skogar) 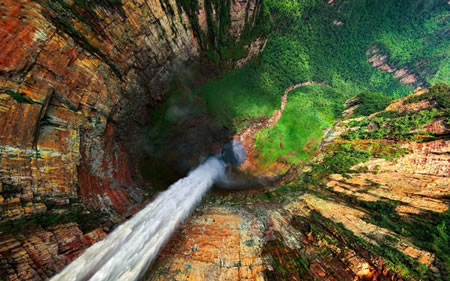 DRAGON FALLS, VENEZUELA FROM ABOVE Photograph by Dmitry Moiseenko @ AirPano.ru

A visual capture by Dmitry Moiseenko, down the maw of Dragon Falls in Venezuela. 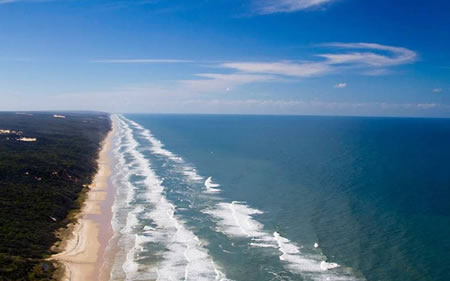 The Ninety Mile Beach, a sandy stretch of south-eastern coastline of Victoria, Australia — along the Gippsland Lakes region of East Gippsland on Bass Strait. The beach is just over 151 kilometres (94 miles) long–running the north-eastward shoreline. 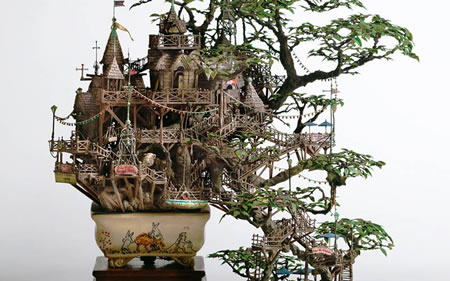 This Bonsai treehouse was created by Japanese artist Takanori Aiba. The intricate detail is a story, in a story, to a story — made: delicacy, precision, artfulness.

On the work, Takanori says: “Cultivating a modern Bonsai style by adding a theme of relationship between human and nature.”

As the water surges and retreats, it flows down through an opening in the rock and coral, and “breathes in” and bursts out in a roaring exhalation that can be heard all along the beachfront. 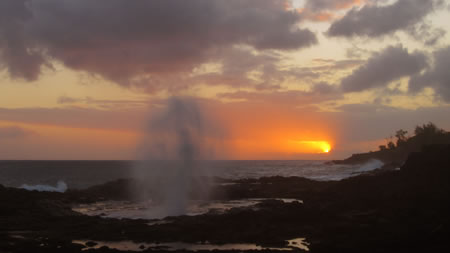 The Sheered Angularity of the Flatirons of Boulder, Colorado 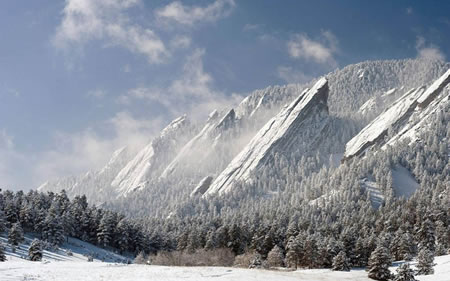 The Flatirons are ancient rock formations near Boulder, Colorado. There are five large, “numbered” Flatirons ranging from — north to south — (the First through the Fifth, in sequence) along the east slope of Green Mountain, and the term, the Fountain Formation: The Flatirons refers to these five alone. 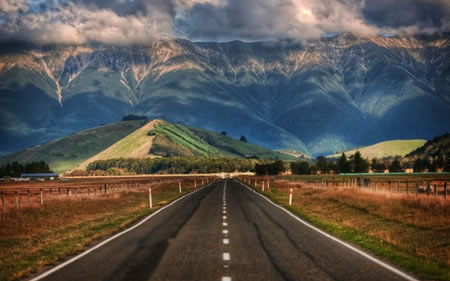 Photographer’s Description [Trey Ratcliff]: “As far as the camera settings, this is the kind of shot you can get with something called compression, a method where you use a zoom lens and zoom-in from afar.” It takes images in the distance and focuses them with a foreshortened, compressed visioning. 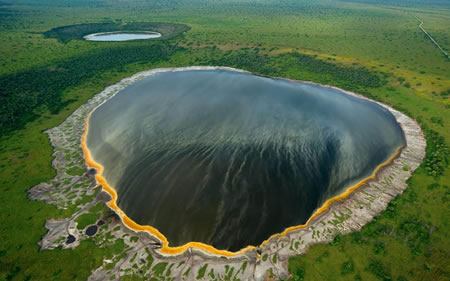 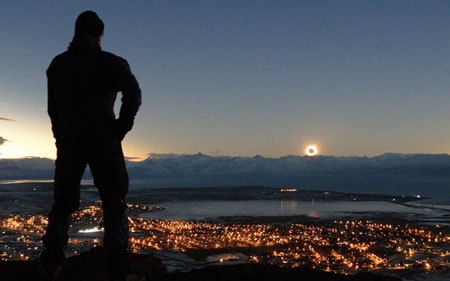 On July 11, 2010, after a long trek eastward across the southern Pacific Ocean, the Moon’s shadow reached landfall in South America. In a total solar eclipse close to sunset, a silhouetted Moon and Sun hugged the western horizon, seen here above the Andes mountains. 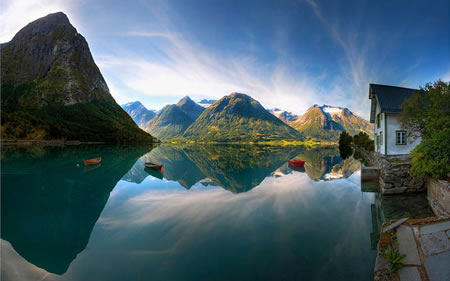 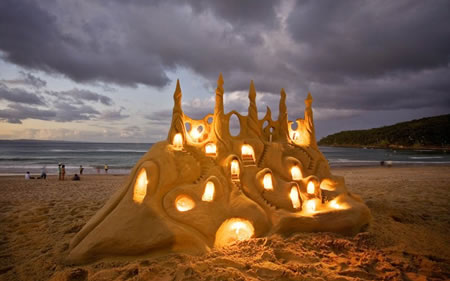 This imaginatively illuminated sandcastle was built on Noosa Main Beach in Queensland, Australia.

––––––––––––––––––
The key for me is searching for the shock of the new, the wowness of something never seen [by most of us — in this case, me] but, too, the obsessive pitch of drama, spectacle-seeking — continual discovering. You get out there, further and further, farther away — and there it is.
Surprise! Wow the new.

I recall, working at National Geographic, and a photographer talked to me about heading out on shoots for National Geo. He measured “out there-ness” in increments. There is travel that is a couple of hours. Then a day. Then two days out. And the further out that you get, the more distant the destination — and the distance from the here, to the there. Out there.

Wow the new.
In you.

The Interspace: the new MySpace UI Wide Open -- Inner Space -- Interface It's interesting to study the migrations of MySpace, in the challenges of their past failing and flailing attempts to maintain a respectable share of the social online communities. A new logo won't do it, alone -- though perhaps that's a start, the…

The greatest designer of the last 100 years

Apple I was talking to a group of Japanese design students yesterday at the GIRVIN | Seattle offices, about the idea of the heart of design -- and the signature, the personal signing, that any designer will bring to any challenge. The signature is all you. And it's all about your difference, the distinction of…
We use cookies on our website to give you the best experience on our website. By clicking “Accept”, you consent to the use of ALL the cookies.
Do not sell my personal information.
Cookie SettingsAccept
Manage consent