The Sigil, The Signal, The Symbol 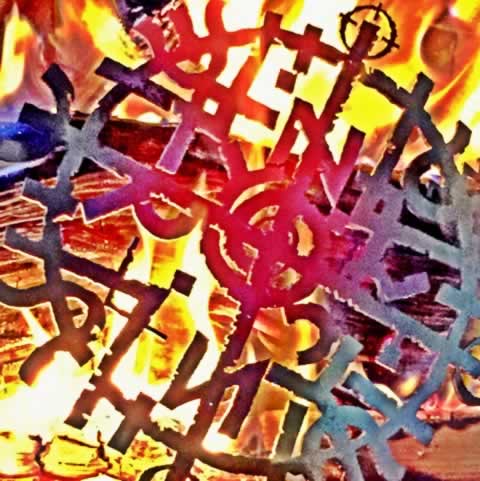 Most of you might know
about the sigil as
a House Seal
in the Game of Thrones. 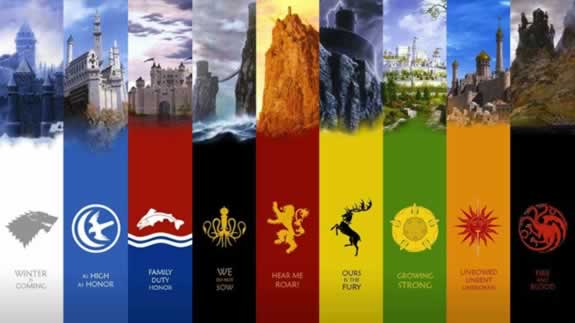 And I’ve written long about them —
the sigil,
the signal,
the signature,
the signing.

I reach back to my childhood for the beginnings of this telling.

As designers,
it’s about the magic of the work:
what
we
do
as designers
— that changed people’s lives —
is that
we transport them,
put them out — another place,
take them to
this other plane, a new imagining —
jump them, force them to leap,
from one place of perception
to another vista of
seeing, listening, sensing.

So — sometime back, studying sigils, I began to design symbolic cluster marks. They are signals that utilize primordial meaning marks, letters of the alphabet, themselves laden with mystery and symbolic power.
I drew them mostly in chalk or salt,
bone-made black inks —
they were mystical, protective, talismanic
and portal openers.
Transporters. 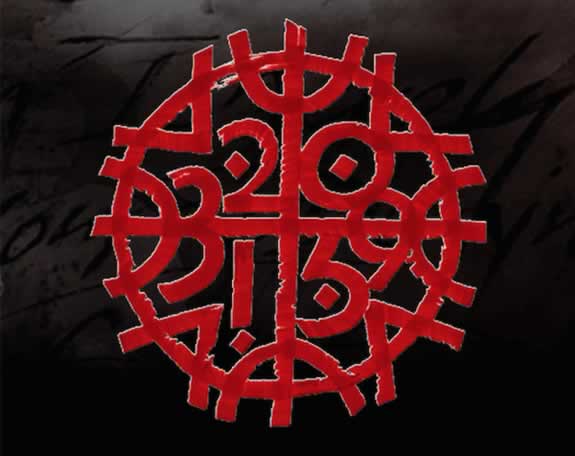 They take you
from one place,
to
an
other.

Some
one
reads
those
signs.

When my mistress died, she had under her arm-hole a small scarlet bag full of many things, which, one that was there delivered unto me. There was in this bag several sigils, some of Jupiter in Trine, others of the nature of Venus, some of iron, and one of gold, of pure angel-gold, of the bigness of a thirty-three shilling piece of King James’s coin. [“The Antiquarian Repertory,” London, 1780]

The notion of the drafting of sigils, signs, magical marks, talismans and amulets is something that began, for me — 40 years ago, in meeting a talisman-maker at the Evergreen State College, Zac Reisner — just a conversation, a sharing that, as I look back at it, set me in a direction that I have unwavered from — since I was 20 years old.

At the Evergreen State College, he talked to me about drawing spirits, gathering souls, whispering prayers, gathering and collectively empowering objects and making marks that feed their portals.
That’s the work of design —
breathing a story, legend-making
a string of words, a store, a product, a poster. Takes the viewer away — someplace new. The story relates — it carries.

As a student of the history of the book —
and the grimoire — one finds that these books that are repeatedly banned, their owners killed, might represent a kind of exemplar of the history of the book: rare books, dangerous books, powerful knowledge, risky content — since books like grimoires — magical workbooks — are fraught with such dangerous attention. But these books, and libraries too, are transportive — they carry the reader away. Mostly forbidden and frequently, along with their owners, burnt as blasphemous, they gathered marks, curses, prayers and manifesting sigils that called others, from other dimensions.

Sure, that’s out there. Because it is.
If one presumes that imagination isn’t merely the dreamy waft of the mind, wandering around ideas and forms of experience, then you might be short registering the power of envisioning. As many know, to envision, to dream, is the kickstart psychical electrification of ideas, future visions, sights and insights that shall become more realized if they are treated in that gesture of attribution. Dreams can reach far back into the deeper realizing of ideals and views of possible horizons that can embolden directions in life, place a stake in the ground, catalyze the dimension-solidifying of possible future states.

You won’t go anywhere unless you listen to the dream of imagining, which might reach to the deeper archetypes of human experience, and set in motion a journey of personally mythic directions. Which then are cemented in the strategy of action and catapulted
into actionable life expressions — tactics play, stories concretize and experiences align.

And it might all start with a mark, which could be a sigil, that then becomes a signal, which finally energetically becomes an emblem in signature.

Signature, the sign which holds the genetic character, stories and experience, living legacy of the life workings to date.

WHAT BECOMES A LEGEND MOST?

LEGENDARY CULTURES AND BRANDING: LEGACY BRANDS WITH SOUL Brands with soul, brands that tell authentically-founded stories, true brands that people care about. Are they invented, built, restored, or managed as a legacy? All of these, and more. LEGEND BRANDING: What is the heart of legend, most? Legend is derived from reading, as in “something that…

Tim Girvin and Jack Larsen, at his Park Avenue Studio A fashion archetype, reconsidered. It’s good to hear that the bow tie is coming back. Somewhere around ten years back I’d moved past that detail — the suit, the oxford shirt, the bow tie. That was a legacy fashion configuration for me – and I…
We use cookies on our website to give you the best experience on our website. By clicking “Accept”, you consent to the use of ALL the cookies.
Do not sell my personal information.
Cookie SettingsAccept
Manage consent