The Signature of a Brand | Human Handwriting and Character 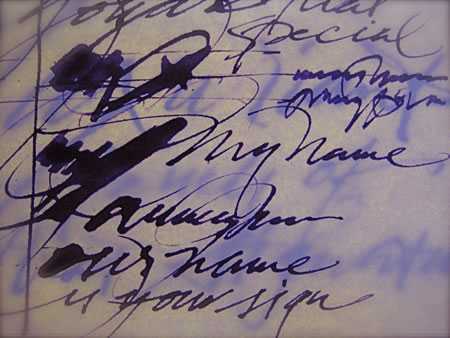 Examining the idea of brand, signature and personality

I was thinking about the idea of hand-writing and the character of the person. By a typical extrapolation, I’d liken the brand to the human — in the warmed sense that brand is more than merely the skin of enterprise, but rather a more soulful, even psychic propositioning. And, as that skin might relate to the brand’s superficial distinctions of marketing and communications gear, so too might the signature be emblematic of the person.

In reading a recent piece in the New York Times, I reflected on the nature of the signature — the signing of a person — in relationship to who they are. This article suggested the book signing affair of Jeffrey Bilhuber, the interior design, was signing his new book, Defining Luxury (a luxurious “door stopper”). 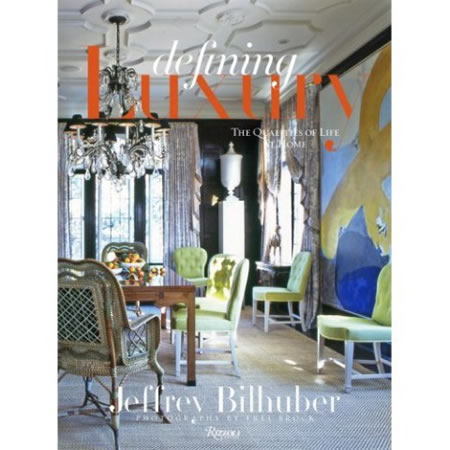 Bilhuber is a designer to the stars, Anna Wintour, for one. A string of others in the lurch of clients — including, if you can imagine — David Bowie. How the string runs from Wintour to Bowie I can’t imagine, but having worked with other interior designers and architects to the stars, like NYC’s DD Allen, Pierce Allen, among others, the proposition is like any creative relationship: listen and respond.

Bilhuber’s book relates to his experience in designing — and creating — luxurious interiors for his clients – and has summarized his counsel in his new book. I’ve not met him. But given the book, and emerging positive reviews of his positioning and offerings, for the right client type, I’m sure it’s gratifying. Having his book called a door stopper, though…

In the New York Times article, I was drawn to this phrasing:

“so that Mr. Bilhuber could sign it in his swoopy, palm-sized lettering.

“I believe in penmanship,” said Mr. Bilhuber, who had been practicing all winter on his son’s preschool applications. “It’s not as bad as they say,” he added, meaning the application process. “It’s about exploring, asking the right questions. If I can do it with a couple of chairs and a lamp, I can do it for my son.”

What I was intrigued by is Penelope Green’s positioning of his so-called swoopy handwriting. And so too, the long wrung adage of the unintelligible scribbling of physicians, or, as referenced in our work on “The Soloist”, the bizarre renderings of schizophrenics. The writing of the hand is something that inherently speaks deeply to the soul — how there is a link between hand and mind, memory and muscle.

And the evolution of handwriting, over the course of the last 4,000 years is a series of gestural expansions — a rhythmic run, the series of motions, of hand and movement and touch. It’s a dance. And just like that, the idea of the dance as a soul-filled explication of humanity, so too the notion of the hand as a distinct revealing.

I like handwriting that is direct — thoughtful. Engaged. But that idea of thought-fullness is one thing, it’s another to let it go, string out of the mind, shoulder, arm and wrist-wrung fingers to the tips of the digits. Something to the principle of aligning handwriting to personality isn’t a new form of reaction, to the action of hand and paper. There is, of course, an entire business and form of personal investigation that is based on the graphics of the soul, graphology. One might define the concept of graphology as a kind of “graphics of the word — the written speech of person(a).”

The signing of one’s name, in signature
, the crossing guard of personality, the tossed gauntlet, is a legal stricture — it’s how there is a binding from person to paper to contract; inherently therefore — power abides in the presence of the signing. Forging another signature — stealing the sign — is a crime. History on that front, runs back thousands of years, even to 4,000 years of study of handwriting and the personal. Aristotle wrote: “Just as all men do not have the same speech sounds, neither do they all have the same writing.” And the Chinese scholar and sage, Confucius, proffered that “Handwriting can infallibly show whether it comes from a person who is noble-minded or from one who is vulgar.” And on the tipping point out of the Renaissance, in 1622 that the study of handwriting was put into print, by the Italian Camillo Baldi, “How to recognize from a letter the nature and quality of a writer.” More to the progressions of the graphological science here, founded — it would appear — on predominantly French research developments over the course of the last hundred and twenty five years. 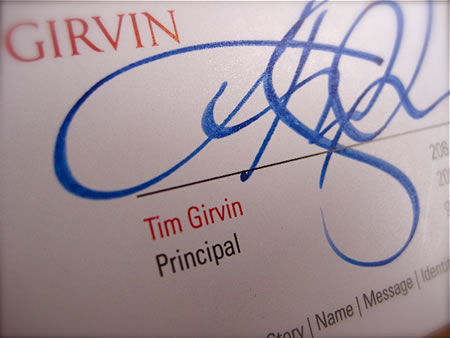 This is merely a sidebar to the character of the more soulful lineage, literally, of the written signing of the persona. For me, it’s been a long-running fascination and indeed a corporate practice of Girvin. Every Girvin piece of stationery, envelope and business card, since the late 70s, has used a single rule as a gesture to the notion of a literal “line” for handwriting. Every Girvin employee signs their cards — above the rule, above their printed name. And, in a way to the nature of analysis, I look at the handwriting of employees to ascertain something of their character. It’s all there. 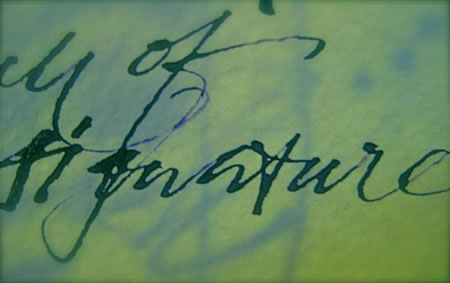 The signing is the symbol of being. And to the nature of brand and corporate (body) identity (sameness) — it is, yet again, the same.

Looking forward, what sign are you? And to that, you, your signature?

The right type -- communicating simple, elegant pathways in environmental graphic design. I was standing in the subway, NY Transit Authority (MTA) -- the proverbial NYC subway system and thinking about the complexity of the way-finding system there. Frankly, it doesn't always work. More than once (probably more than a dozen times, actually) I've headed…

Attitude, growth, solutions, strategy, design, charisma, trend leadership and responsiveness. Brands that live and brands that die. There's a curious challenge in the realm of celebrity brand development. Some evolve happily, growing, selling up, selling out and moving onwards into their own reach of market place. Working with the founding team of Urban Decay, Wende…
We use cookies on our website to give you the best experience on our website. By clicking “Accept”, you consent to the use of ALL the cookies.
Do not sell my personal information.
Cookie SettingsAccept
Manage consent