The signature is a marking, a signing, that links the gesture of the hand, the fingertips, the wrist, the arm to the mind. It’s a kind of drawing of the mind — your signature is the reflection of your intelligence. That is, I suppose, the character of graphology — the interpretation of the movements of the mind in the hand.

And part of my career links to that, the idea of the hand, the interpretations and illustration of the mindful. Over the years, I’ve drawn hundreds of signatures. Even last year, I drew this one. Blakes. A rendering of a early 19th century founding attorney’s signature from another time, made modern and renewed. (Case study notes below from the firm that commissioned the work). 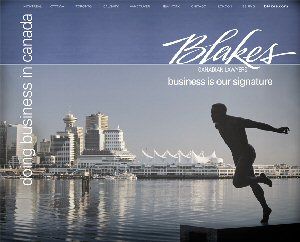 But, like drawing, there’s always that chromosomal increment that creeps into any movement — and it can’t be “trained” away. It’s part of you. But what do I know is that, over time, the interpretations of movement can be tuned. So in a way, learning the calligraphic arts is about developing that sense of discipline that controls the personal profile and recognition that allows for the duplication of the myriad hands of others — in the palaeographic string of the last 4000 years. Like drawing, you can learn to draft like a master, but there will always be something that is about you — your personality, your muscular movements, your physical — as well as psychic — memory and how that is held in the vessel of your mind, body and spirit.?

I go back. And note the links between the signature, the sign, the firm, seeing. The signature is the most personal sign, the perfected content of you — it says a great deal. And anyone that’s ever connected with Girvin, the firm, knows that we place a certain particular importance on the signing gesture. Everyone’s individual cards are signed by hand.?

c.1225, “gesture or motion of the hand,” from O.Fr. signe “sign, mark, signature,” from L. signum “mark, token, indication, symbol,” from PIE base *sekw– “point out” (see see). Meaning “a mark or device having some special importance” is recorded from 1290; that of “a miracle” is from c.1300. Sense of “characteristic device attached to the front of an inn, shop, etc., to distinguish it from others” is first recorded 1467. Ousted native token. In some uses, the word probably is aphetic for ensign. First record of signage is from 1976. Sign language is recorded from 1847.

The signature is the most personal sign, the perfected content of you — it says a great deal. And anyone that’s ever connected with Girvin, the firm, knows that we place a certain particular importance on the signing gesture. Everyone’s individual cards are signed by hand.

What’s your signature and how do you sign it?

Blake, Cassels & Graydon, with 700 attorneys in 10 offices, wanted to stand out from the other leading Canadian firms. Carolyn MacKinnon and Alison Jeffries were inspired to use a modified version of the original founder’s signature. Great idea! We hired a premiere U.S. calligrapher, Tim Girvin, to redraw the letterforms, staying as true to the original signature as possible, maintaining all its delightful quirks while smoothing out its deficiencies. Then we developed the tag line “Business Is Our Signature” to appear below the dotted line that carried the signature.

Jumeirah, the Dubai-based global hospitality brand, created -- with help of restaurant designer Tony Chi | NYC -- a new visioning of dining experience at the Essex House. Our role was to define strategy and personality, gather pertinent commentary from Kerry Heffernan, the youthful star of Danny Meyer's Eleven Madison and to build messages and…

For about 15 years, I've been using the journal as a kind of narrative to my life. More like a scrapbook, it's a gathering of ideas and experiences that relate to what I've seen, reacted to, contemplating, in the spirit of my creative examinations. The journal is the journey. Literally. And what that means for…
We use cookies on our website to give you the best experience on our website. By clicking “Accept”, you consent to the use of ALL the cookies.
Do not sell my personal information.
Cookie SettingsAccept
Manage consent