The smoke of fragranced experience: per-fume 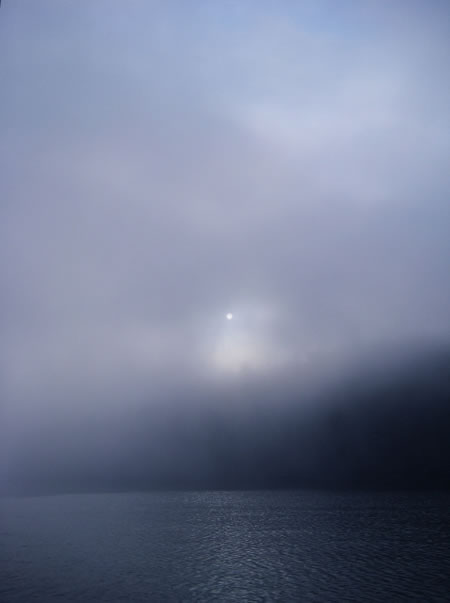 Exploring the mist of scent, place and recollections

Reaching back, in history and memory — a series of notations and reflections, about the heart of experience and scent — I’ve uncovered a series of recollections that relate in various ways to the nature of fragrance. In a way, they all connect to smoke — the context of smoke as a scenting device, an infuser, incense-bearing, that is distinguishing from what many might see as the “normal” structure of fragrance. Odor on smoke.

For a long time, perhaps my whole life, the idea of scent and smoke — the perfume of fire — is the seed of my relationship to scenting. It is the beginning: the proposition of the smell of things — and the smell of things burning, those that are burnt and and those being transformed, their molecules being newly released is perhaps the most fundamental process of offering scent to the air — and to those that might smell it. Of course, the nature of the emanation of fragrance from flowers and other natural elements is another layer of early, simple experience in the spread of fumes. That is part of the origination, for the ancient scent-master — “how could that smell of warming honey be transposed, so it can be recalled, experienced again?” The psychic state of that “scentual” touch — that one composite of scent and experience — is a memory held to heart and sensation forever. 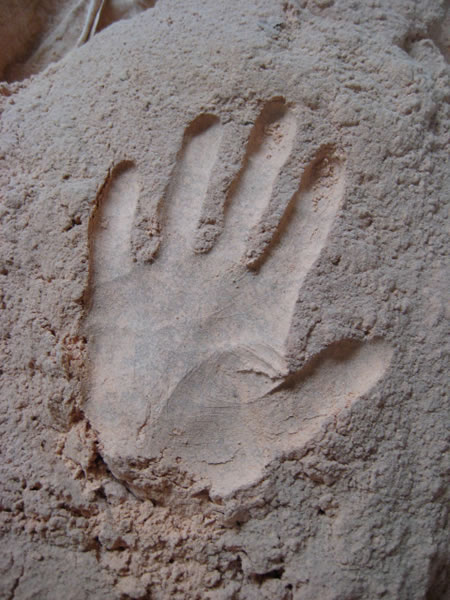 These first glints of fragrance are, for me, perpetually tied to the layering of smoke infusions that ring back the hearth of opening connections to the notion of smell. It’s important to even bear in mind that the idea of conscious fragrance — “I am here, right now, and what am I smelling? Many people don’t smell what is in their sense of place. In my circle of sentience, there is: “light, hay, wet, dust, gasoline, heavy oil, fowl, diesel and dirt.” The more one walks that path, to being conscientious of the containment of scenting, every place of being “held” will be observed in olfaction. Inhale and know.

The etymology of fume

Smoke and scent is ancient — and in reaching back in the etymological bridge to the past — you will find that fume is drawn from the Proto Indo European *dhumo. The PIE are primeval tongues, and fume, in the distant and ancient heart of our seed languages, is Sanskrit: dhumah, Old Church Slavic: dymu, the Lithuanian: dumai, Old Prussian dumis “smoke,” the Middle Iranian dumacha, or “fog,” and finally the bridge from the ancient world to the “modern” — Greek: thymos which is “spirit, mind, soul”. These are ancient words, expressions which thrived centuries before the Greco-Roman era. The bridge to the Latin, fumare, “to smoke, steam” and to the Old French — fum “smoke, steam, vapor” is a more recent positioning — 600 years back, to 1000 years ago. But that underlying concept of a scent mist or fog — that might be many centuries before the common era. And by the conceptual and linguistic bridges of centuries, smoke, reek, funk, toke, smog, smother, smolder, camouflage, dust, flue, vaporize and yen — there are strings. 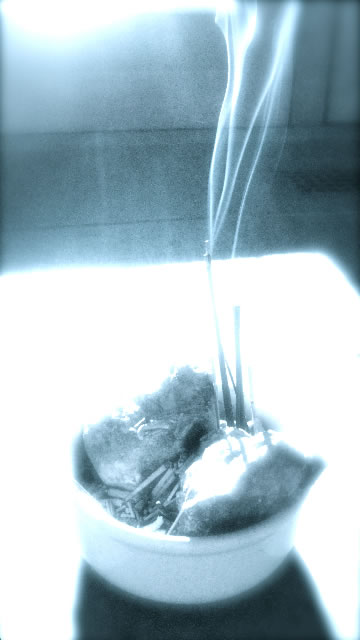 I believe that the notion of scent and smoke, sacredly intertwined, lies at the beginnings of manufactured smell. Fire and cense, fume align, and carries the spirit aloft, to be experienced by many. While one might imply that it is crude by comparison to the essential liquid, misted dispersion — fume is the ancient soul of fragrance making.

Scent, memory and storytelling in place

Two stories of smoke and scent — two ranges of telling: one from the plains of Colorado, the other, the Himalayas. The first, from the farm of my family. The other from monasteries high at the top of the world. 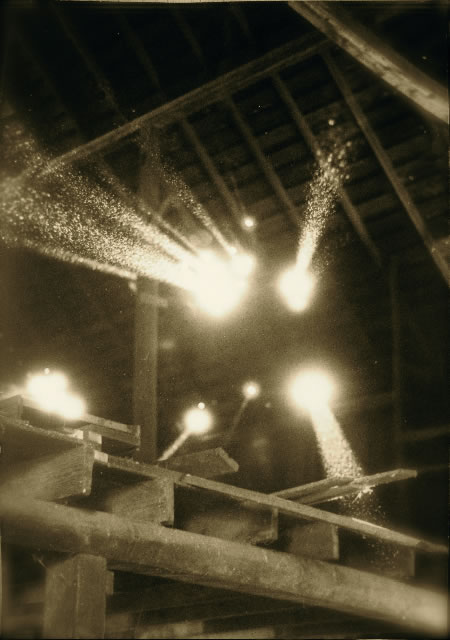 The particulate light, in scent-dusting in a barn.
(Photo credits © Dawn Clark, 2010)

I can recall deep scent, the synesthetic, crossed visualization of smells, from my family’s farm — and much of that recollection comes from fire. My grandfather was a man that could seemingly do anything, in keeping his farm, my father’s childhood farm, running — even, to winding up the bellows of his forge and hammering out what he needed of heated metal on the anvil. That primeval forging is a center-point to my memories, since there’s a lot on the farm that has to do with combustion — big engines, harvesters, grains and transportation, generators and gas. These are a olfactory layering in the dark of his workshop, a repair space with a hardened earth floor, tools everywhere, dimly lit — and the smells of action: diesel, wet and dry hay, motor oil, grease and lubricants, sweat, hot metals, sparks and grating steel, seared iron and boiling water, bailing twine, crushed grains and a deep scent note of rat shit.

Everything, however, is tinged in the thurification of smoke — it’s a concretion of all the smells. The farm as an experience for a young person was complex and profound — add the sensitivity of the sensate experience and it becomes overwhelming. Working in a barn, a farm garage or toolshed, scent rises as one moves through the place — the fire of stoked forges, hammered anvils, engines, the wavering heat of the mirage plains. These hints of action tint the fragrance of my grandfather, as he came round working — the link between aroma of place and the human factor is immanent, yet ever-changing. 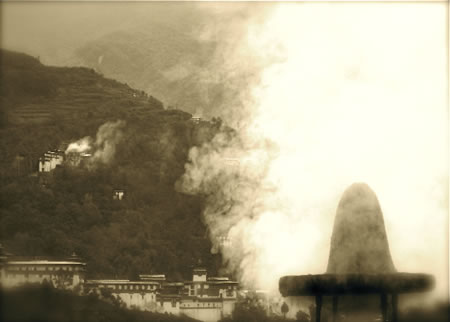 The Himalaya, Dzong temple and monasterial compound, Bhutan. Chorten incensor in the foreground and across the valley in fortress.
(Photo credits ©Tim Girvin, 2010)

That embedding of memory brought me to other linear expressions of scent experience — of fumes and fire. While I’ve traveled the Himalaya, this story is emblematic of many involving smoking scent.

One morning, long before dawn, I walked some distance from the western edge of Lhasa, Tibet, into the center of the city. High above, Potala stood resolute, the glimmering white fortress, as it has for centuries. Making my way out in the dark, to The Barkhor, street fires rustle, pilgrims shuffle and chant, whirling their prayer wheels, counting their mala, the rolling beads — each, a prayer chanted.

The morning is alive with scent — it’s the smoky mix of juniper, tars, fir, cedar, ground incense, that is inflected with the moist squalor of the streets, dogs and garbage. Soft winds sort the scent, blowing up the corridors and labyrinthine byways of the streets around the heart of Lhasa, the sacred center of the jewel of Jokhang Temple. The streets are misted with the smoke of the burning There is a circular path, that winds around the edifice of The Potala, literally thousands of small yak butter lamps twitter in the light, pilgrims weave, turning hundreds of prayer wheels along the pathway, and massive chorten-shaped stupas hold sacral fires that fog the paths and streetways in the mist of the sacred. All the layers of the fragrance shift in the air, aromas that mix and merge in magical convergence, conveyed in smoke. 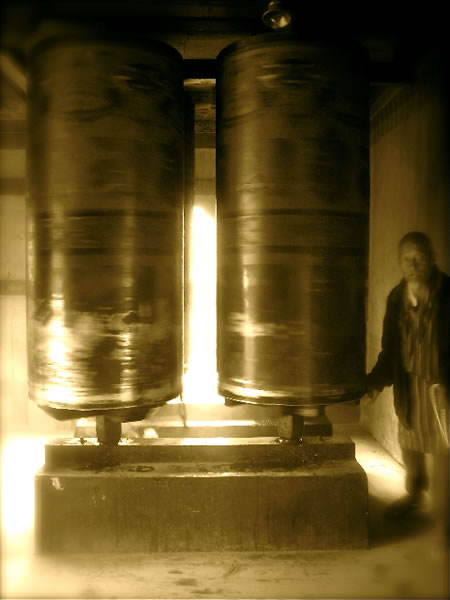 In reflecting on the character of aroma — how it is conveyed, on the wind of the ignited moment — so too the incense of the powdered tinder, the smoke swirls and curls in the air, traveling like a prayer on the edge of the conscious, newly attuned to the experiencer.

The sensuality of the book I was working in a remote, private room, the so-called rare book library at Girvin | Seattle. It's a small space, and in this book room, the volumes start at about a yard from the floor, then rise up to somewhere around 10 feet. People have asked -- "can I…

Visualizing and organizing the perception of information Cinematic interface design as a reference to example Image above: © Cruise/Wagner + Amblin Entertainment It might be said that the rise of infographics -- visualizing, simplifying and organizing content into varying graphical arrays, pictograms, charts, diagrams and number counts suggests -- the convergence of time [and the…
We use cookies on our website to give you the best experience on our website. By clicking “Accept”, you consent to the use of ALL the cookies.
Do not sell my personal information.
Cookie SettingsAccept
Manage consent