The Symbolism of the Hash Tag 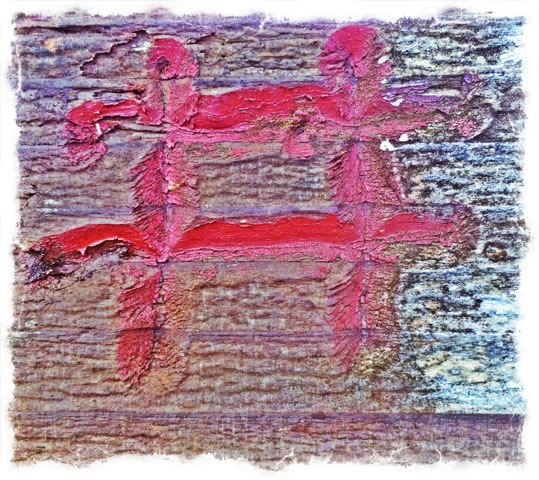 The Hatching Stroke and
the Ubiquity of
Archetypal Design Thinking

I was walking the beach near my studios and found the above mark,
cross-hacked into a log,
the proverbial “pound” or number sign.
And I wondered about it.

“When this type of mark is made,
what meaning could it imply?”

As a symbologist (yes, an invented word for a scholar of symbols), the quest for the kernel of the original idea and patterning in consciousness whether visual, textual, physical or psychic is a perpetual listening — that leaning in to hear, absorb and know more.

Thinking along the line of
a symbolic statement in a mark,
you might look at that and think: “container” or box. 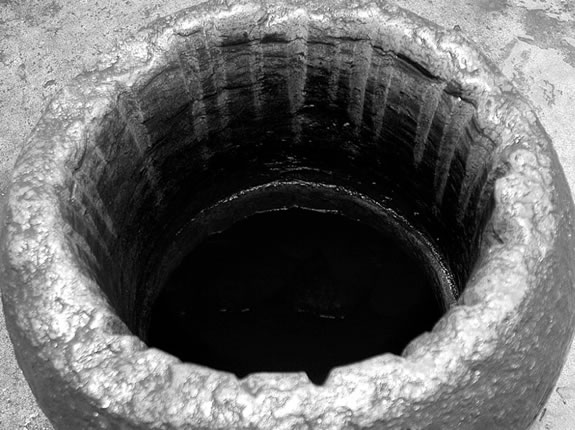 In Chinese, for example, a character variation on that, so-called gjing — is “well.” And that means a well in the context of an opening, like a mineshaft, that leads down to “something.” Could be water, could be mineral. Usually, a defining adjectival character will clarify what kind of opening it is. With a dot in the center of the cross-marked strokes usually connotes water.

井
In this instance, specifically, a square well: 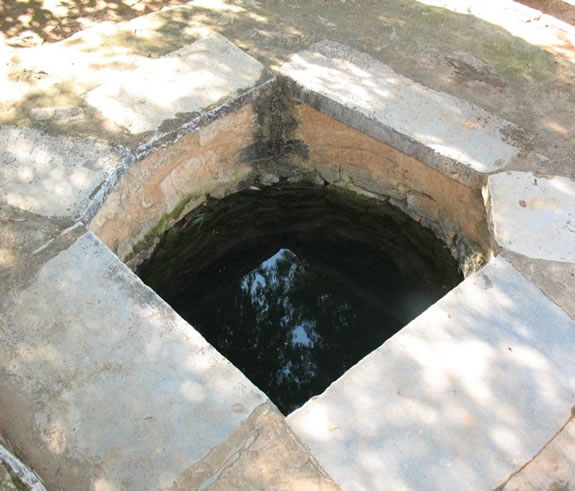 So in extending that exploration to our graphical history, what might it mean?
It is probably unlikely that anyone could actually point to an archetypal or symbolical origin to the device, but given its original intention, as a numerical sign, one might infer that its history, 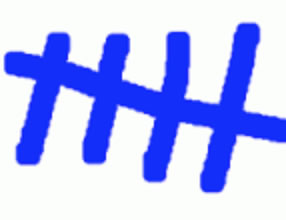 like the notion of hatching lines to count cattle or other possession, is about numeration and counting. 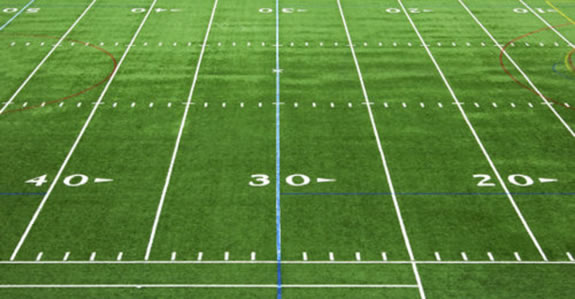 Football savants know that hash lines speak to the specific calibration of the field, as measures of advancement in the course of play. 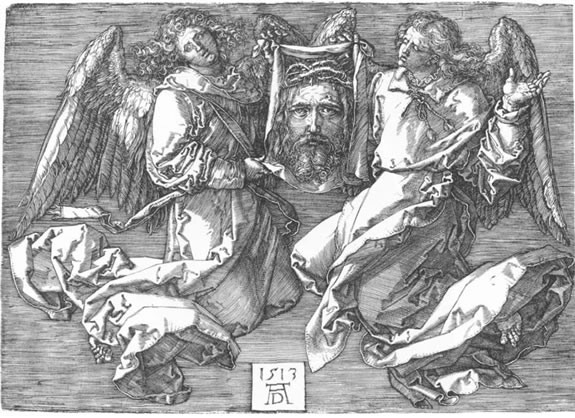 Artists know that hatching refers to a drawing technique, forming a sense of mass and form in the layering of longitudinal and latitudinal strokes. That persistent stroking might be relevant to the multitude of marks,
since “hash” is an etymological expansion on “hatch.”

And all of them are tied to “hacking” and hatchet. As in the hatched hash-tag in the opening image at the top of this blog, that marking technique, making hash-marks is aligned to counting.

Why then would the hash mark be linked to the hash tag?
Seemingly, a random moment of inspiration, as noted by Heather Brown:
It all started back on Aug. 23, 2007 with a tweet by San Francisco
techie and former Google developer Chris Messina.

He wrote on Twitter, “How do you feel about using # (pound) for groups.
As in #barcamp [msg]?”

“It was one of those things where I had so many haters in the beginning that I thought this thing would never pick up,” he said in a recent interview with WCCO-TV. “But, secretly, I sort of felt like, Come on, guys, this is the simplest thing that could work.”
At first, Messina said he was dismissed by most in the tech
community, including Twitter.
“People were like, that’s weird, that’s kind of dumb. You do whatever your things is, and we’ll keep complaining about the problem,” he said.
He came up with the hashtag to find an easy way to bring together people discussing the same topic online.

He chose the # symbol because it was an easy keyboard character to reach on his 2007 Nokia feature phone
and other techies were already using it in other internet chat systems.
“I didn’t need to invent something new,” he said. “This is good enough. I’m going to go with this.”
Two days later, another techie, Stowe Boyd, suggested the # symbol be called a hashtag.
“It just sounds catchier,” said Messina.

Thinking to archetype, in the original founding ideal —
the number or pound sign —
the hashtag becomes a kind of containment,
as Messina puts it, of
a shared community,
a gathering-in,
gathering round
— to the well of new ideas.
A portal to the newly found.
And, in allegory,
to the well, the refreshed.

Brands that come from nowhere that surprise, alarm, and boom on the scene as spectacle. Or breeze in, quiet as the fog, a shadow of revelation. What have you seen that came on you as a surprise — out-of-the-blue, amazing, extraordinary, marvel-making and wonderment? Sometimes, to strategy, the element of surprise is the most telling…

What could you give?

Brands that give, brands that don’t. I was studying this wall-bound piece of type, and contemplated the unassuming air of its drawing — nothing too formal — outlined then in-filled in a casual, if not happily energetic manner. In the emotionality of typography, the nuances of the curves, weight and context, a layering in reading…
We use cookies on our website to give you the best experience on our website. By clicking “Accept”, you consent to the use of ALL the cookies.
Do not sell my personal information.
Cookie SettingsAccept
Manage consent