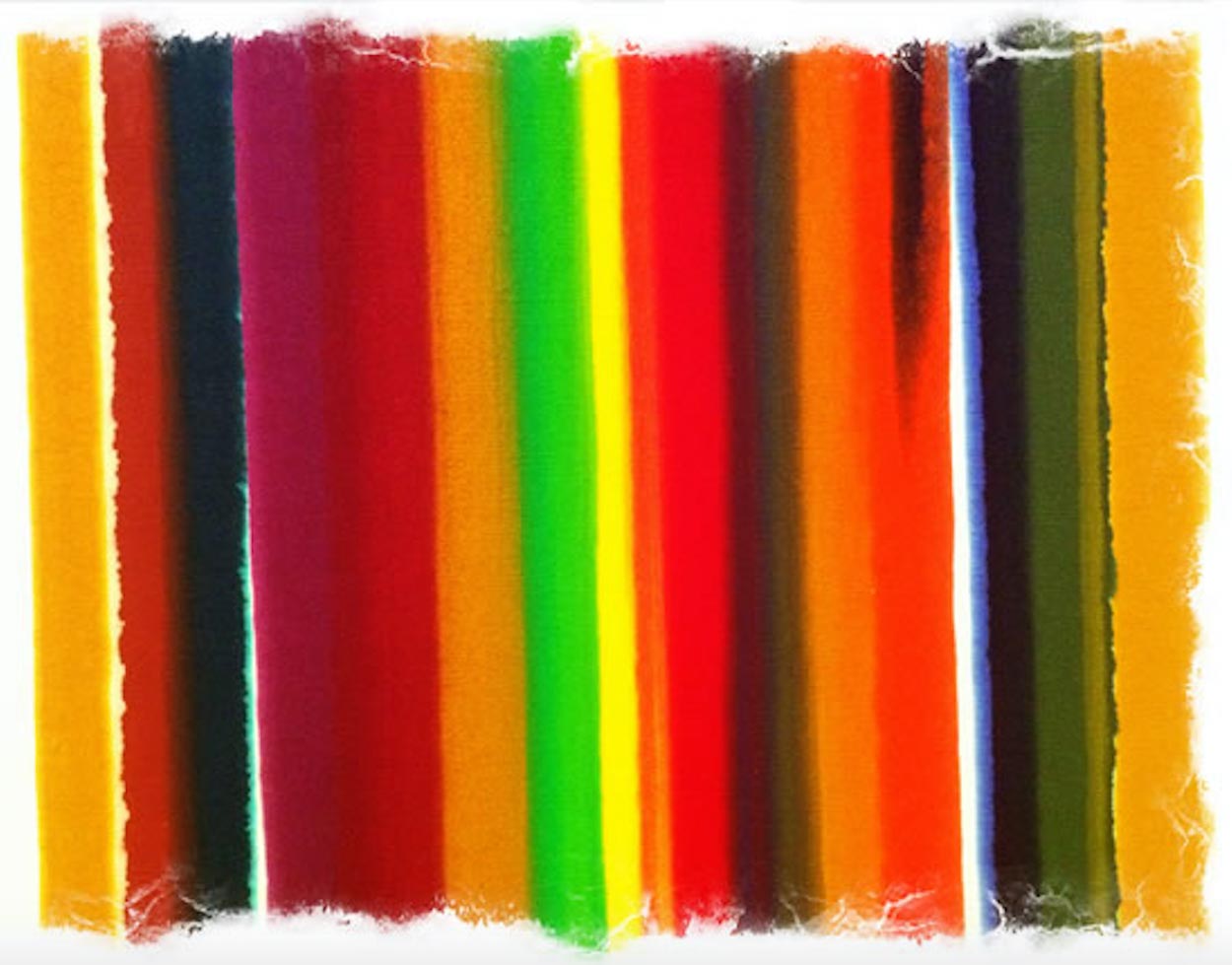 TIERING MESSAGING AND LAYERING OF INTENTION IN BRAND NARRATIVES AND STORYTELLING

In my earlier work as a calligrapher and lettersmith, I explored—and still study in our work—the idea of layering messages. I see this as a kind of palimpsest—letters on one tier, a sheath of meaning, that overlays another, and perhaps another, that lies beneath the other. 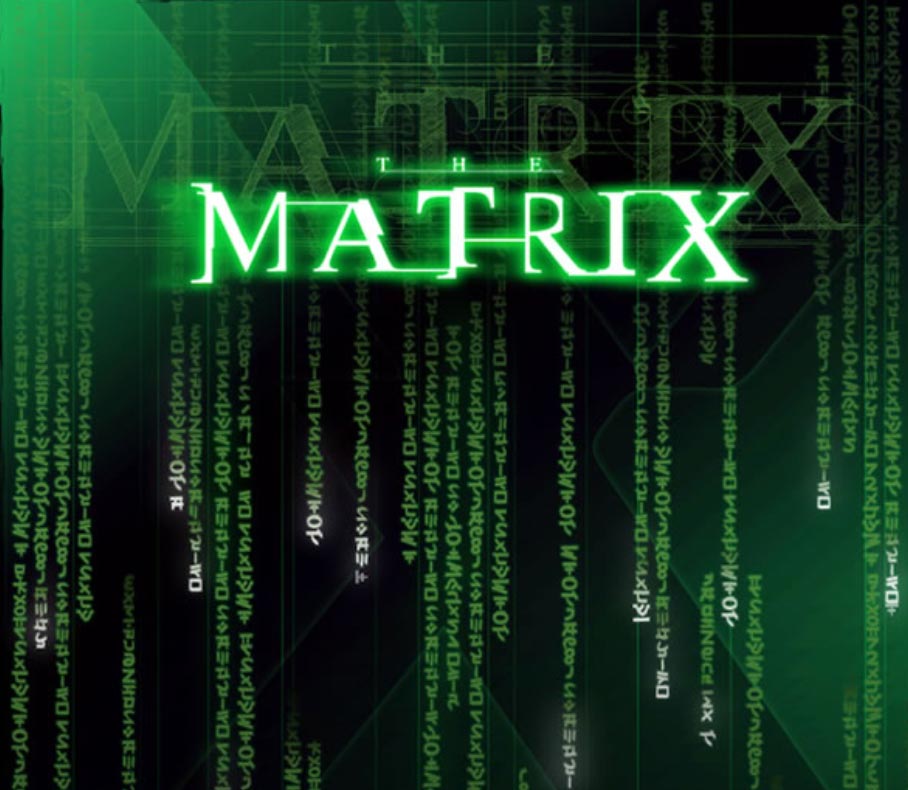 In fact, our work on the film The Matrix speaks to layering—not only to the design rendering of the scrolling code—but the very structuring of the identity, the GIRVIN design of The Matrix logotype—which, in its sliding, sliced disassembly and reassembly is layered unto itself—it’s a split, sliced reality. 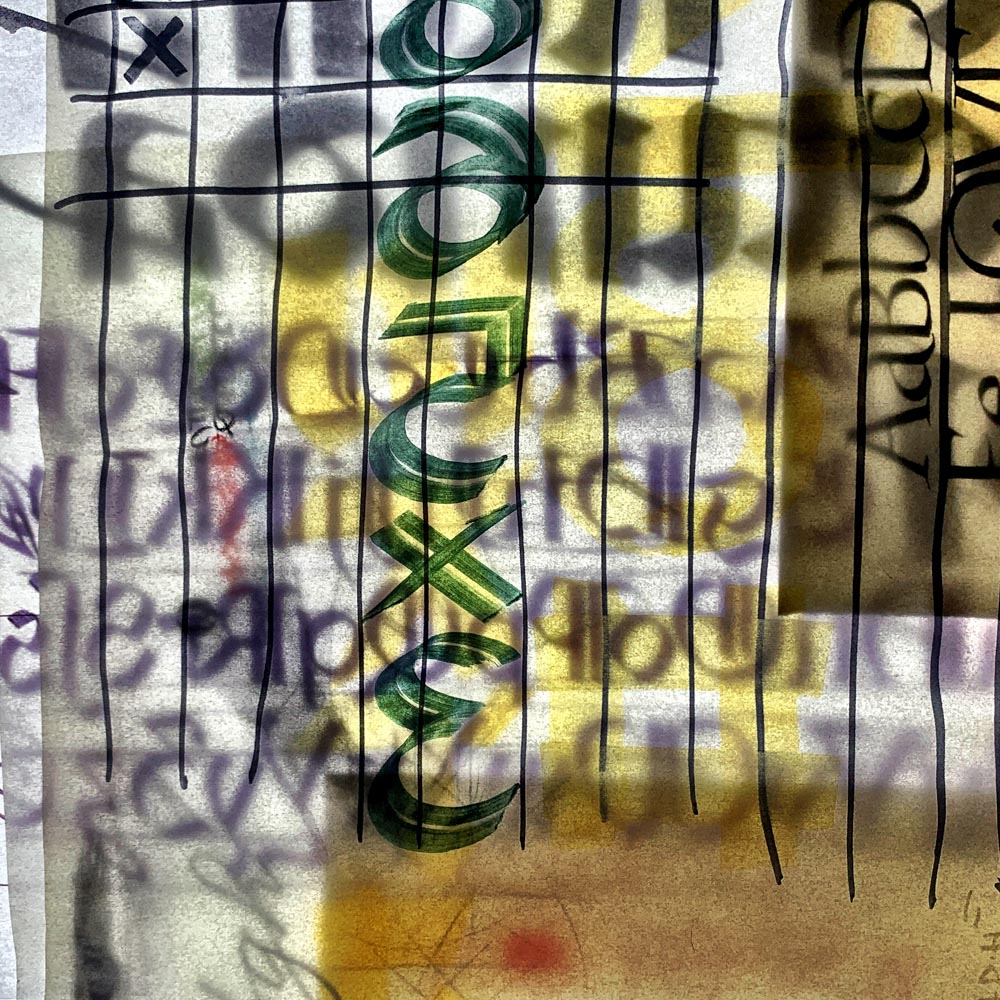 For me, and for GIRVIN’s copy development—the idea of layering is a particular kind of fascination comes from a constant excavation—what’s on one level could tell one story, and then there’s another tier on another level, and another.
That speaks to a kind of “maze-ment.” 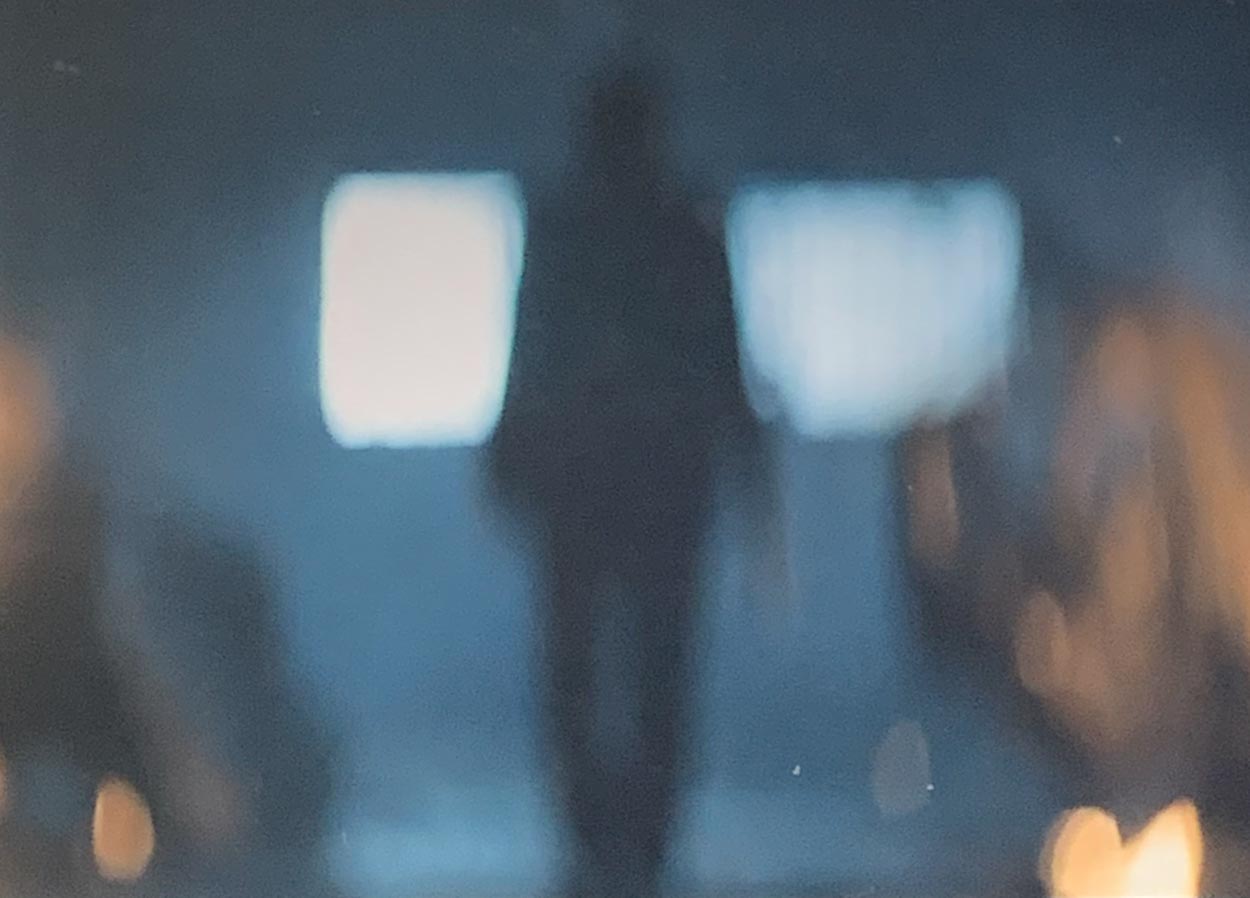 Anyone knows that to journey into a labyrinth,
there are the staggering pathways, and the walls that mystify the journeyer, but there are walls beyond those walls,
there are ceilings above and floors below, and there are floors below that—
the maze goes above; below, the walls extend out, outwardly. 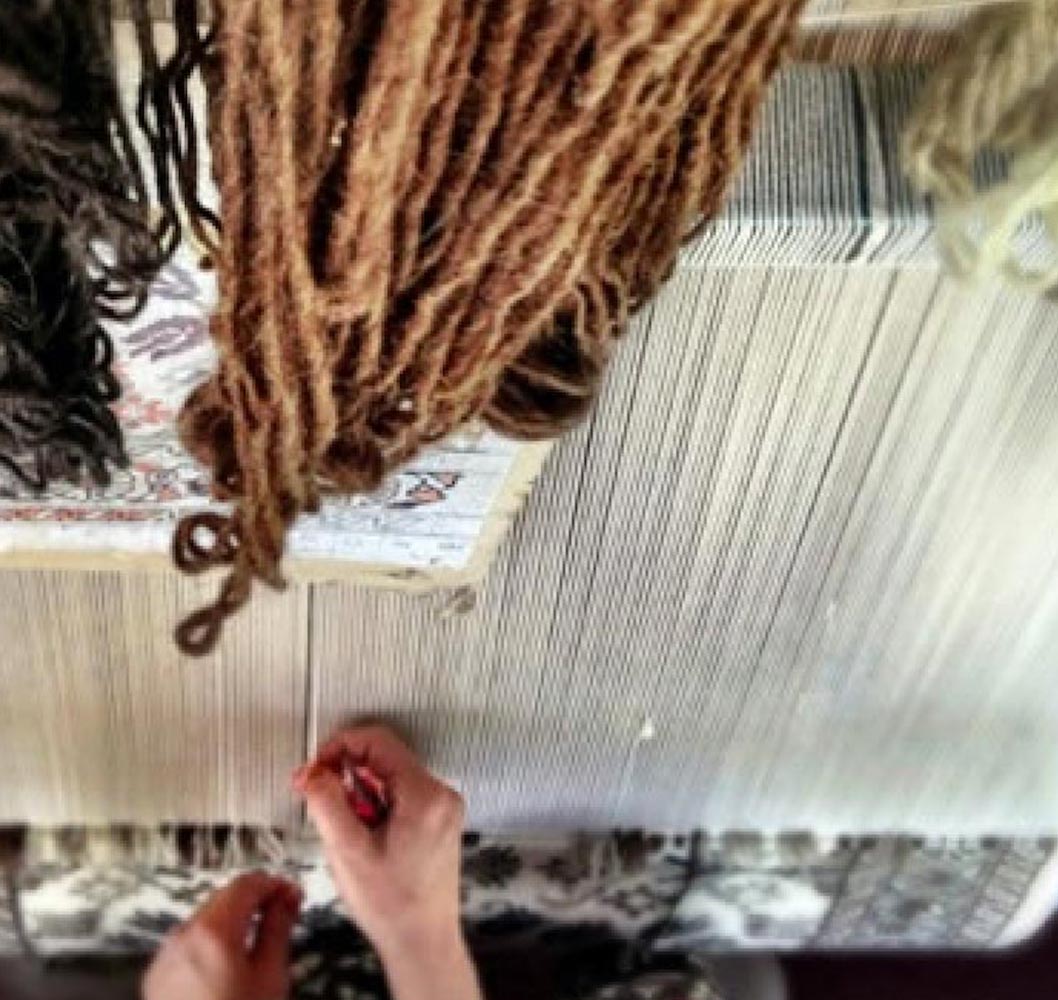 There is the pathway of the reader—and, stories intertwine and layer plot lines like a stranding of threads. If one contemplates the nature of weaving—the threading lays to the warp which is the vertical strands of the loom; and the weft [or woof] is the threading that passes in the shutter, or by hand, a horizontal array of the fabric. And so too, the story, the warp reaches the foundation of the story and the core of the plot lines; and two—the weft, would be speaking to an interlacement, the narrative arcs, the characters intersperse, the sub-plots and stories interplay: they weave.

In one of GIRVIN’s BrandQuest® sessions recently, we talked about sequencing, tiering messaging, which might go like this: over-signature, a text over an identity rendering—a logo. Then an explanative under-signature—the second tier of the message. Further: supporting text, then a tertiary and quaternary layer for the messaging.

You know this.
The newspaper.
The headline.
The subhead.
The opening sentence.
The first paragraph.
A bulleted abstract.

That’s the tiering—it’s a sequence. 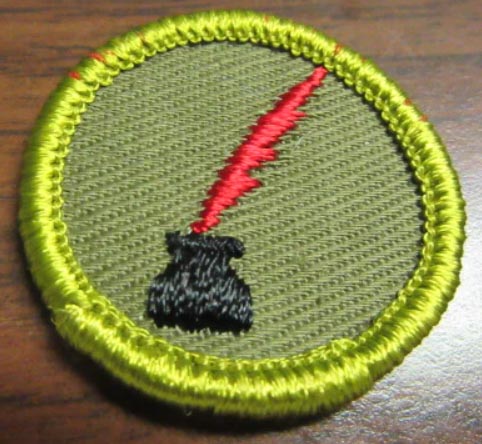 I learned it earning a merit badge for Journalism—
towards my Eagle Scout rank.

Speaking with a newspaper editor at the Spokesman Review, meeting in his office, he said, “think about it, how do people read? How do they get a story that I write? It starts with the lead-in, the headline, sometimes this is a specialized skill, with specific writer for ‘headlines;’ it’s the first draw. Is the story relevant to the reader, what’s the draw?” Going on, he says, “then I build a support header—it’s fast, tight,
it explains just a little more. The first sentence—critical, you’ll draw them in or lose them forever. That’s the lead-in to the rest of the story.” 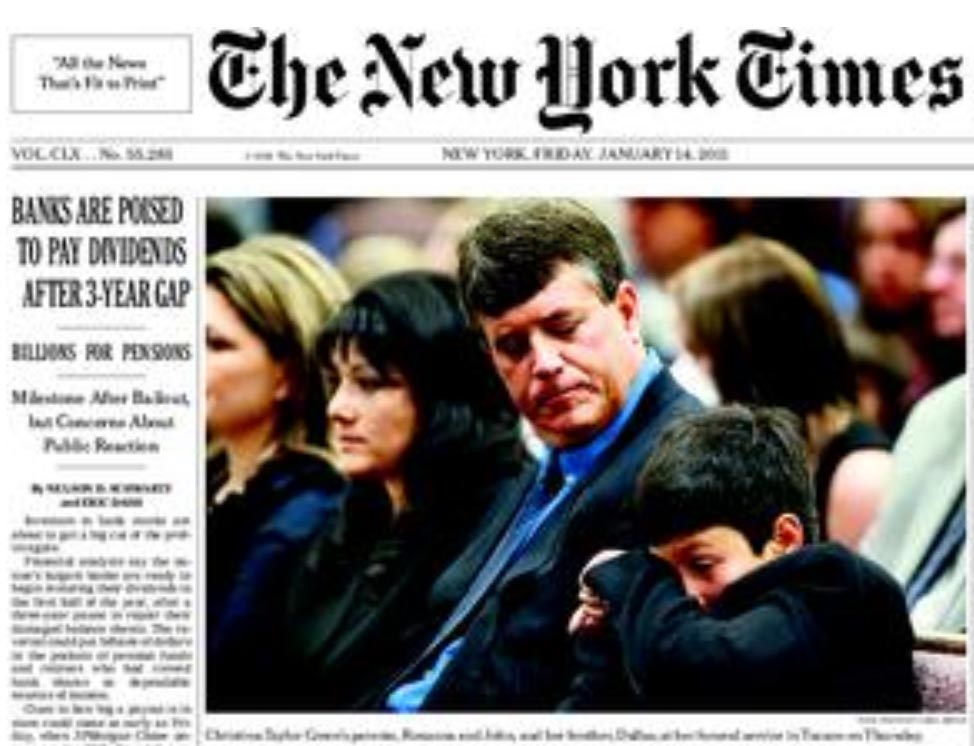 Even in this dithered representation,
you can see this sectioned scan with that tiering.

To the notion of metaphorical thinking around the loom and the weaving of storytelling, there are other linguistic framings to the idea of this weaving parallel. Sūtra, for example, a Sanskrit word for an aphorism or collection of aphorisms in the form of a booklet or gathered manual—and in this arrangement, meant as a teaching modeling. It also means “string,” or “thread.” Loom, however, is a word of unknown origin, warp speaks to the “cast of a net,” weft is an ancient word for “weave,” or to “move quickly.”

Walking back, I’m looking into
the old words, what they meant,
and what they have come to mean.

What was, is. What is, once was. Look for the meaning, twixt.

THE ORDER OF PATHWAYS AND THE TOUCH OF THE MEMORABLE M A K E A M A Z E M E N T. As brand designers—as with any part of human creativity, “a making” or the construction of a visible object, the made art or the scribed breath of a poem—the point would be to…

IN THE HISTORY OF A PRACTICE THAT HAS OPERATED CONTINUOUSLY FOR NEARLY 50 YEARS—SINCE OUR FOUNDING IN 1976—THERE MUST HAVE BEEN A LOT OF DIFFERENT STUDIOS, RIGHT? YES, MANY. AND MANY MOVES. That comes out to the following sequence, setting workplaces @ The Evergreen State College, on-campus office during my post-graduate summer associate professor ship…
We use cookies on our website to give you the best experience on our website. By clicking “Accept”, you consent to the use of ALL the cookies.
Do not sell my personal information.
Cookie SettingsAccept
Manage consent