when I draw this word in the sand, it changed with the time, the softening wind and the tides —
the movement of the world changed that story told, finger in sand.

And story became something wondrously new and alive — until: it vanished.

“I wrote the same, but different words.” 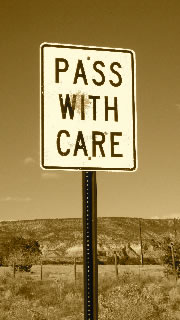 If I’m telling you a story, there’s a chance that you’ll pass along, and tell this story to another.

Of course, in your telling the story,
it will become not my story,
but your story.

There’s something to the stringing of personal storytelling — the story about you, and the story about another. The notion of using story as the deepest allegory of human experience — and the literal, textual translation of story in story, builds on
the power of the humanity of mind and memory —
it’s a beautiful thing how we grasp and hold to
the nature of narrative in storytelling sharing.

And how — just that touch — could be something unforgettable.
All of this has a parabolic impact in the certainty of humanity; one story becomes a telling for one, and a telling for one billion — it could start with that blipping index, the heart beat of one passionately told. That works for humans — and it can work for brands, their telling, as well. Relevance — I can carry that story as a vessel in my self; resonance — the song of the story has a personal meaning that goes beyond mere transaction; relationship — relatus, from the Latin — it is about carrying that, the power of connectivity, forward.

Perfume Environments: The Scent Visioning of Christopher Brosius Window display, Brosius I'd tried to link to Brosius live, but couldn't since he was working on project, one that he was focusing on. I did see him at his shop, but held my tongue in reaching out. I'd admire that -- focus. The interesting character about…

Girvin | Rodarte The story on the story in the story -- human | brand layering: passion, fire, color, sensation, context and meaning. There is the seen surface; and there is what lies beneath -- in shadow, use, care, overlay and redrawing. Palimpsest Chiaroscuro Shadow I drew these for the Rodarte brand -- human --…
We use cookies on our website to give you the best experience on our website. By clicking “Accept”, you consent to the use of ALL the cookies.
Do not sell my personal information.
Cookie SettingsAccept
Manage consent