Tom Ford, the Creativity of Babyhood 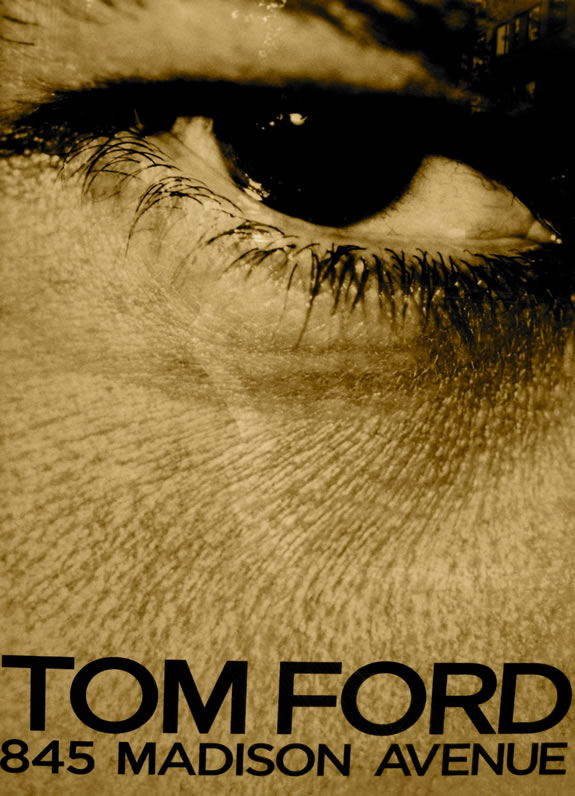 How are Designers, Creative Minds, Changed by Babies?

Having met Tom Ford, albeit in a short quasi-interview and completely unscheduled encounter at a WWD | BEAUTY + FASHION CEO SUMMIT; I’ll admit that I was afraid [of him.] When I was working for YSL, I was told that Tom would never come to the store unless it had been cleared of everyone. Yet, talking to friend Dawn Mello, who might be credited with the first global boost of exposure for the power of the designer Tom Ford — “Tim, don’t worry, he’s just the nicest man.” In working with Shirin Von Wülffen, the wife of Frédéric Fekkai, while she was a publicity director at YSL — she said the same — “a super lovely man.” When I finally met him, connected live, eye to eye, there was a classical genteel mannerism, almost “Texas etiquette.”
He was so kindly, accommodating, generous, that I was shocked. 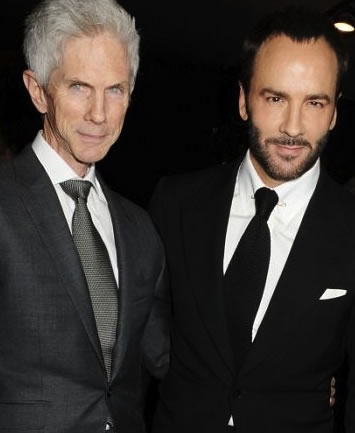 What would my take be, to influence — now that Tom’s a dad, with his partner Richard Buckley — is greater youthfulness, vitality, energy, and likely grounded-ness. That would be a foolish prediction, given Ford’s confidence and concrete stability in terms of his visioning of direction. Still, a warm man will become warmer, humbled in the presence of a young human being. That openness that is seen in the presence of a baby is all open-eyed, persistent exploratory and a completely enlightened view of — everything — in the rawest of exposures.
Everything’s new.
Imagine being a designer and realizing that you’re missing what you’re seeing because you’re so loaded with baggage. The long line of luggage, as carefully chosen as it might be, still — there is something to the journey which many of us have had, the zen mind of babies.
Wide open. To everything.

Now, about ten years older than Tom, I’m past a father, I’m now a grandfather — and watching my grandson, I realize that return to the beatific power of open-sight that babyhood offers. That sentiment is holding true in Tom’s observations — commenting, as it was, to US Vogue’s Andre Leon Talley — even to the talk about changing diapers.
Sure, Tom changes diapers. Being one of the design field’s most hands-on, detail-driven visionary, it’s hard [for me at least] to imagine that having a child would be merely a styled artifact. It’s not a stunt for Tom, but a commitment to being a dad, as he notes in the interview below.
It’s a real dream, fatherhood —
and, for the time being, he’s set some projects aside to focus on the future.

From the Telegraph, London, an overview:
Video:
“When Tom Ford announced the birth of his first child, a son named Alexander John Buckley Ford, we probably weren’t alone in assuming that a coterie of multi-lingual nannies had been assembled to cater to the nipper’s every whim and whimper. But it appears we were wrong, and Ford is in fact a very hands on daddy to his little boy, who he calls Jack.”

“I feed him in the morning, I change his diaper, dress him, I play with him and I have a good two/three hours before I go to the office, just me and Jack,” Ford told USVogue’s Andre Leon Talley, who replied with a gob-smacked “You change diapers?!”

Of his fledgling career as a director, which saw his debut 2009 offering, A Single Man,nominated for a variety of high-profile awards, Ford says his second film is merely on hold while he focuses on his new family member. “My production this year was Jack Ford, and my second production was the show… you know, it’s coming soon.”

We wish him well, this journey,
a profoundly powerful dimension
to the ever-expanding range of his creativity

The Search for Beauty -- the Beauty of You, The Brand of You, and Others. In the quest for the truth of brands, the soul and heart of their storytelling -- invariably, appropriately, there are humans involved. People make brands -- mostly for other people, so the notion of inherently building brands around the bigger…

The flow of Flowers

Drawing People [in] with Flowers, the Flow of Story in the Craft of Rendering Ideas In my beginnings, I drew flowers -- and sold them as art pieces and gifts; then, at Christmas, I did groupings of flowers, silkscreened and signed in limited editions of thousands. People collected them. The list grew and grew, so…
We use cookies on our website to give you the best experience on our website. By clicking “Accept”, you consent to the use of ALL the cookies.
Do not sell my personal information.
Cookie SettingsAccept
Manage consent