Tom Kundig and the studio of Catherine Eaton Skinner 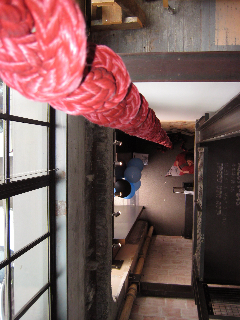 I had a chance to connect with friends Catherine Eaton Skinner, David Skinner and Tom Kundig at the official first public opening (at least that I was invited to) of her space on Capitol Hill, overlooking downtown Seattle. The generous studio opening was a gesture to Arcade Magazine, organized and edited by Kelly Walker. 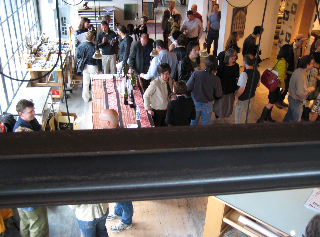 It’s a sweet vessel for the work of Catherine Eaton Skinner. Her work, the roughened, warm and humanist character of it, in varying media — fits the space, even in its newly detailed condition: 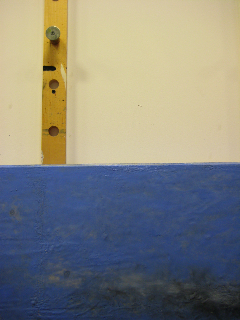 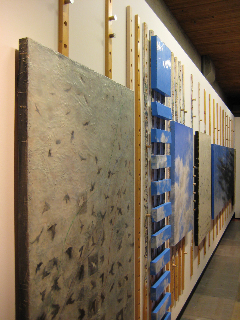 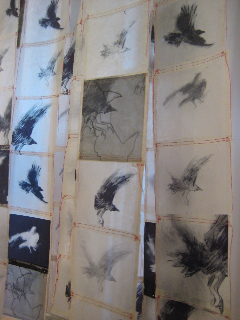 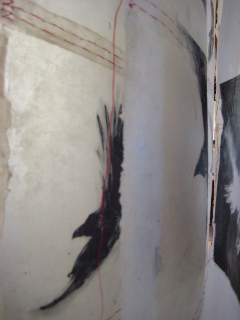 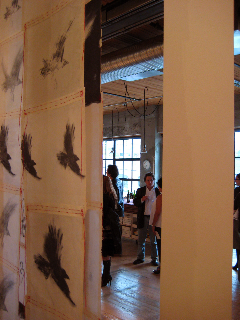 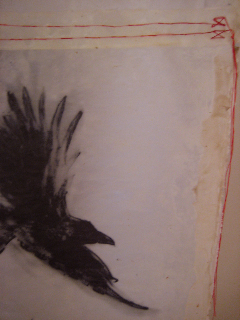 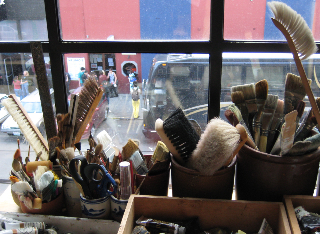 She loves crows, ravens, so of course there’s a natural link for me.

As expected, Kundig’s character, and interpretation of warehouse space, coupled with his love of industrially fortified materials, makes this a fascinating environment. (I’d live there in a heartbeat).

Kundig’s design of Olson Sundberg Kundig Allen’s offices speaks to the similar character of scale. That is: big. Just the leveraged, heat-releasing roof system / skylight fenestration is a massive, yet intriguingly human-scaled expression at the OSKA offices.

For Catherine, similar principles apply — but the detailing of her space is such that it’s modernist, yet characteristically human touched. Things are worked, distressed, ground to a general smoothness. A kind of wabisabi thinking that relates, as well, to Catherine’s work. They frame eachother. 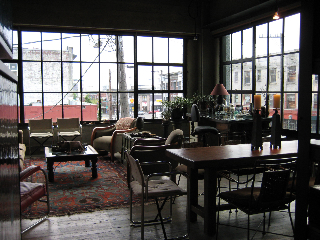 (and really, living space), that houses her walls for hanging paintings in development, an area for printing, drawing, a kitchen, bathroom — and a spectacular table constructed — again, on a large scale. 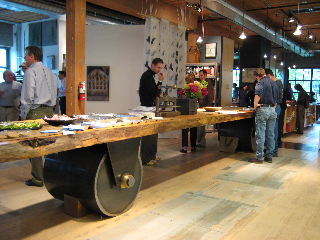 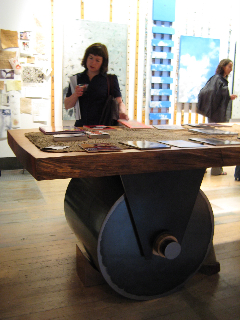 Lifted in by a crane, it was large.

There are 9×9′ suspended structures that pivot and move. Large. They are supported by a steel fastening system, deep bolted to the ceiling. Big old growth, industrial timber shows its wear, its beauty, character — and relevance — to the materials that attach. 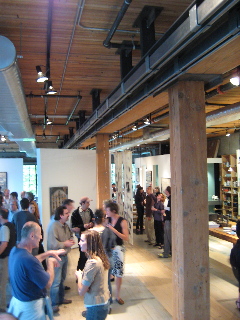 While these fixtures are strong, they are carefully detailed — not “just big”.

And I think that’s something about the idiosyncratic character of Tom Kundig. He’s drawn to gestures that purport mechanism, movement and scale. There are other evidences that likely you are familiar with. And buffeted in the support of the Skinner’s vision. Both of them, Catherine and David, are deeply connected to, or acting in, the arts. David’s a friend from Shadowcatcher Films, a group of which I was one of the founding members, along with him, Tom Skerritt.

There’s another connection to the links, in all this, with Harold Balasz — an artist in Spokane that deeply influenced me, and deeply influenced Tom Kundig. We both grew up there. Harold similarly has a love of scale — nay, an unbridled enthusiasm for creating massive contrivances of bronze and steel, that are almost impossible assemblies of welded form. Unheralded, however, is Harold. But both Tom and I owe a lot to him.

Here are some added images of the space. 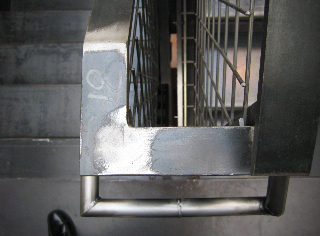 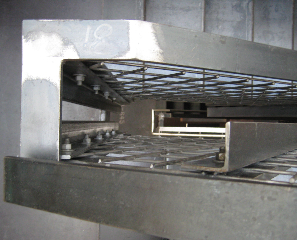 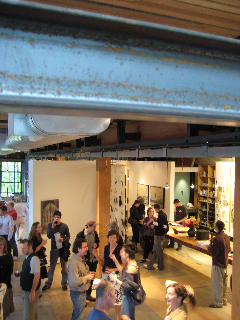 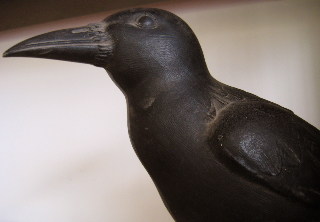 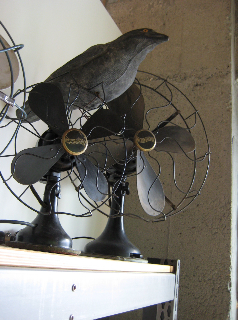 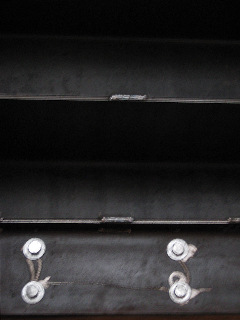 The issue for me is one of concordance, the fluency between the art, the architecture, the personae, and how they interact — contribute — to the character between one another. 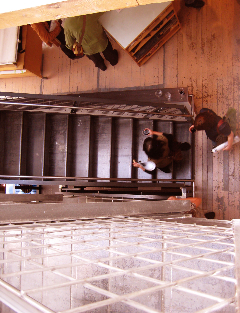 What if you could do your own thing, create a retail space of your own? I've thought about that idea, doing just that -- maybe in retirement, whenever that might be. Tim's stuff. And a lot of that there is. But then there's kiosk. Soho, NYC. I met this woman, Alisa -- the foundress of…
We use cookies on our website to give you the best experience on our website. By clicking “Accept”, you consent to the use of ALL the cookies.
Do not sell my personal information.
Cookie SettingsAccept
Manage consent