Twister | Kiev The metaphor of the story, the storm 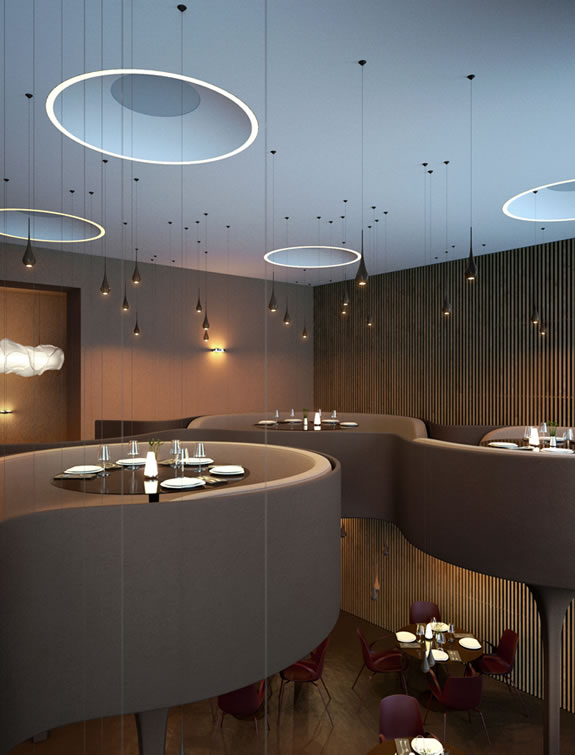 Designing story, in place, the allegory
of nature, space — in making a place

I find myself
in the study of the symbolic,
the metaphorical —
and, to the end,
the magical.
I recall when Apple defined the iPad as ‘magical.”
An interesting choice of language in defining an object.
What is magic?
Etymologically, there are precedents to defining magic in relationship to machines:

There are older statements and alignments — which become, in a manner of speaking, allegorical in character — but too, to the power of transformation which is what design is all about — to change from one state to another.
Again, to quote from the late 14c., magic is the “art of influencing events and producing marvels using hidden natural forces,” from Old French magique “magic, magical,” from Late Latin magice “sorcery, magic,” from Greek magike (presumably with tekhne “art”), fem. of magikos “magical,” from magos “one of the members of the learned and priestly class,” from Old Persian magush, possibly from PIE *magh– (1) “to be able, to have power” (see machine). Transferred sense of “legerdemain, optical illusion, etc.” is from 1811. Displaced Old English wiccecræft (see witch); also drycræft, from dry”magician,” from Irish drui “priest, magician” (see druid).

Design and magic tell stories, it is transportive as well as transformational — like the idea of illustration, it is a lustration — bringing luster, it makes things “shine.”

Using this line of thinking, the process of design becomes deeper and more layered, to the
psychic spaces of human condition. Like stories, it reaches deeper.
Poetry.
Mystery.
Wonder.

There is wonder in storms —
enveloping,
chaotic, they can be scary
in an exhilarating manner.
They, in change, create a dynamic aliveness. Everything crackles.
To that end, I was fascinated by the Kiev team that chose a tornado to
consider as a metaphorical foundation in design expression for
a restaurant and club experience.

The work of Sergey Makhno, Interior Workshop, “design from heart” tells experience stories of lush discipline and detailed care — the fluidity of much of their work might be inspired
by nature.
Beauty prevails.
Heart plays.
Cloud forms, wind patterns, crackling energy pervade: 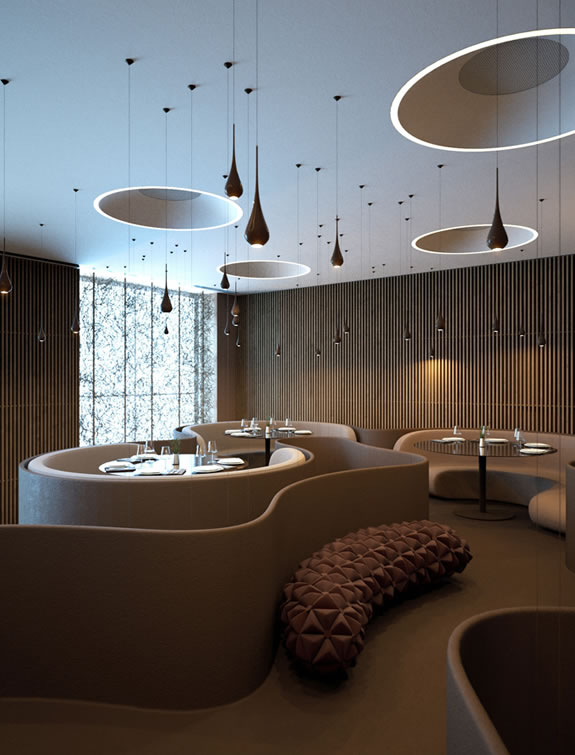 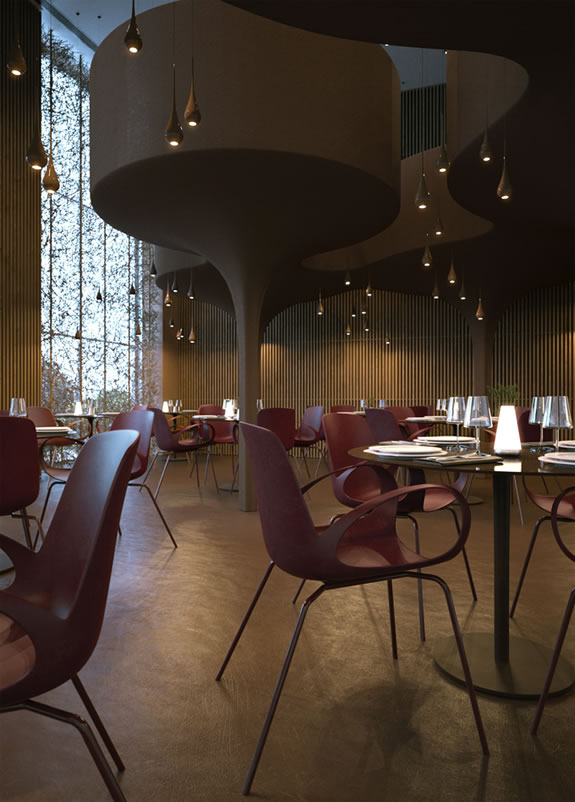 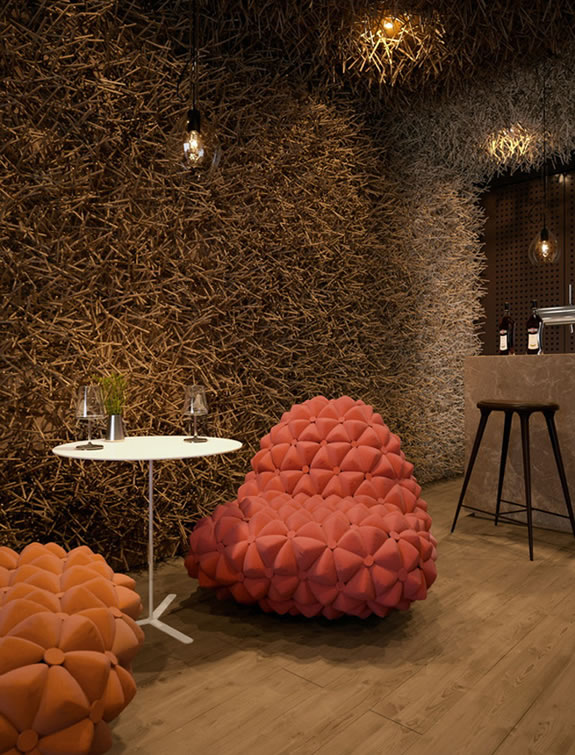 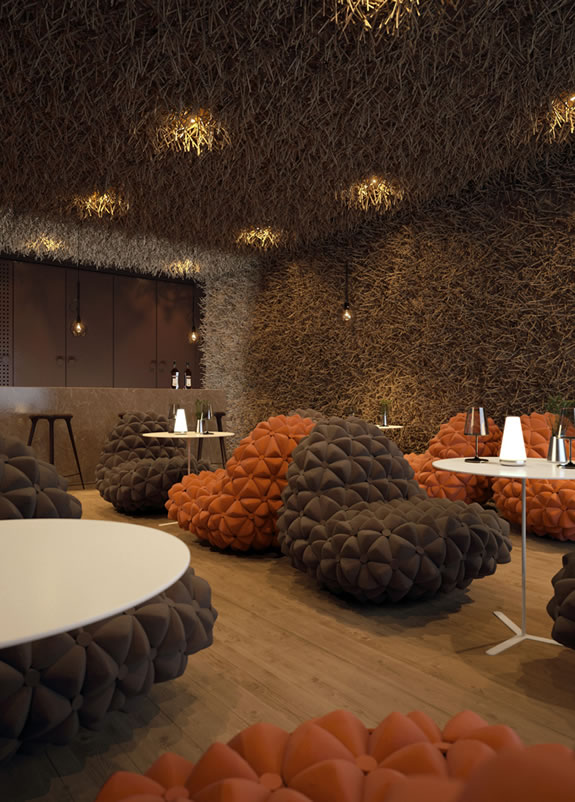 When Dawn A. Clark, AIA Leed AP and I explored the idea of a story for an actual store for Amazon, we reached into the layers of the metaphorical consideration of
the meanings of
“the Amazon.”
The story of our work, here.

As design thinkers, deeper is better.
What lies within, lies beneath?

Leaning in ---the curve of listening

The angle of listening, listing and leaning | "Lean In," by Sheryl Sandberg There's no doubt that Sandberg is remarkable -- the incidence of laudations about her come from every degree of the literary arc, including a recent string of notations in the NYTimes, which comes at a point when Mayor Bloomberg is propounding the potency of…