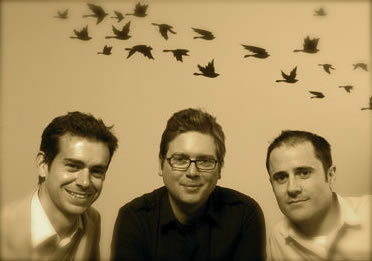 Who stays, who goes?

I can’t push too hard on the proposition that I have anything truly ground breaking, in the context of twitterology, the new science of micro-blogging. My question is — who cares? 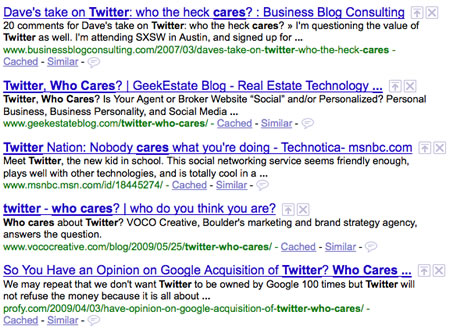 I’ve noted some positioning on the content — that, like Facebook, Twitter represents a way in which people tell stories – they share. More on that, later, as an equation to love. But I do question, in some stretch of the imagination, the notion of the meaning and the shift in the content. That is — what’s the story, who’s telling it and who cares? It grows and grows. Before it gets there, out there to beat out Facebook or MySpace, in community development, however, Twitter must navigate several hurdles. Who’s staying? What I ponder is relevance and resonance — how long will people be studying the tittering of others? Some stay, some go: Twitter Quitters, the cutesy nickname for users who quit after less than a month is one pause point — and it’s probably more of a ploy, than a reality to egress. 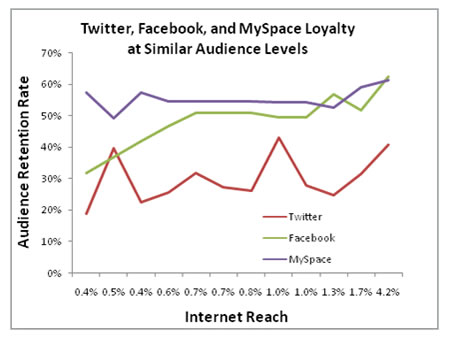 According to Nielsen’s web analyses, there’s exiting; people stay on, then bolt, once they get the sense of proposition. 40% stay. Twitter’s retention rate — people who return the next month — is about 40%, Nielsen Online says. Facebook and MySpace have rates of more than 60%. This is old news of course — and there’s plenty of discussion on this notion of “do we stay, or do we go?”

This line of query, comes with a whirlwind of chronic second-guessing from users and tech analysts about Twitter’s added applications — and it’s there that potentially the hidden staying power lies. Did Nielsen study that place of transmission? The twitter’d world (26% on the web) is full of applications for negotiating commentaries, like: 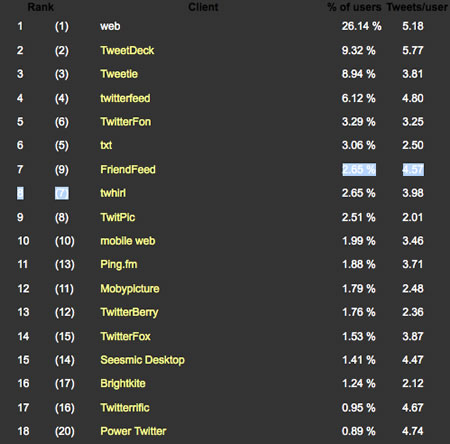 There are added commentaries and forums that occasional outages and what it should do next — particularly, how it will make money in a sagging economy and whether it will be sold. (For the record, Williams, founder, says there is “no interest in selling.”) “Twitter must have the most armchair quarterbacks of any start-up in recent memory, except possibly Facebook,” says Laura Fitton, a consultant and co-author of Twitter for Dummies. Everyone’s got a comment and that’s the very nature of the brand — it’s all about commentary.

Even in the beginning, in these notations (below) of interface design and Twitter’s invention, it speaks to that — what I’m doing, what everyone’s doing — my status: 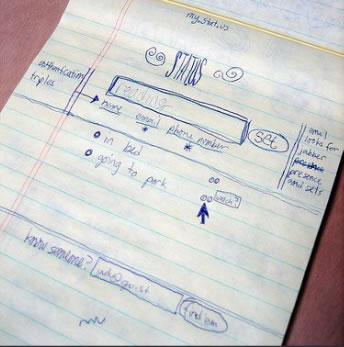 But the community is ravenous — and engaged (for now). Twitter experienced second-guessing full bore when it abruptly dropped a feature used by less than 3% of its users that removes some comments. “We screwed up,” says Stone, who notes Twitter will soon have a solution. “There is so much going on here, we let it fall through the cracks.” According to co-founder Williams: “We did a poor job of communicating. When you evolve the service, you may upset people in the process. If you stand pat, you risk being stagnant.”

There are others that have explored the concept of value — who cares about it — and have moved on to celebrate the wrangling of messaging, micro-blogging and of course, the power of the content. That would be Scott Abel, among others. He’s explored that idea in a web presentation. 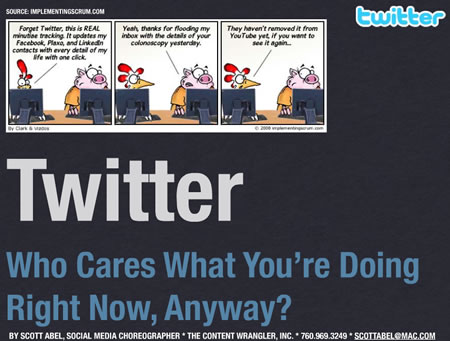 He’s examined that, and has, as well, defined a sequencing of tools to really dig in, heartily, to the platters of twitterville. I’m enjoying, along with all the other armchair consultants, creating new nomenclature for twitter. Others have thrived on community accumulation — who are they — 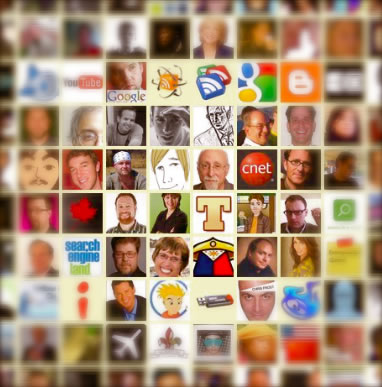 Are we gathering community, for sheer mass (attack) or culling the sheepfolds of millions to spread the teetering work/word/world of the moment? There are twitter harvesters. 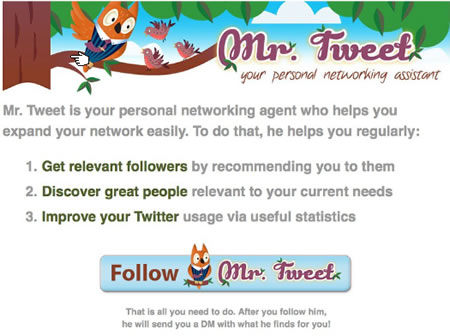 And I’m sure, countless other tools exist. Still, I’m looking for the reasoning, the richness. I get a lot of marketing messages, repeatedly — drivel, mostly. I’ll reach around, see where that goes. And you’ve got some ideas on that front, I’m sure. Where, for you, the haiku of twitter? Where do you savor to go, care, be, share, explore?

Well, what are you — doing? 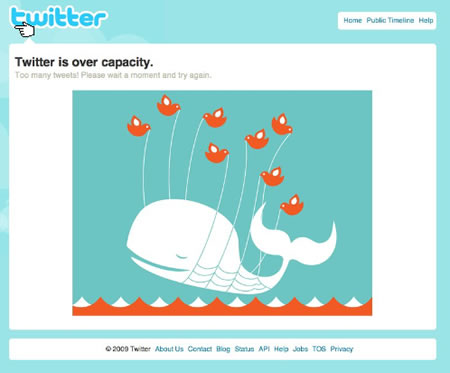 The alphabet and the earth

Images credit The geography of the mind, mapped in place In a way, any drawing that we create, is a kind of signature. Designing is demarcation. And the origin of the alphabet, stretching back 3,500 to 4,000 years ago, to the proto-sinaitic beginnings is, in fact, a signing of "place" -- a description, of sorts,…

Who do you love? Google | Social Networks?

Who do you trust? Facebook search engine results? Your friend's a brand. Google has long been the apex of search mechanisms, beating out the rivals of Yahoo, and still, so too, emergent entity bing.com. But Google has its sights on the social space, such as Facebook, according to the research team analyzing these results. People…
We use cookies on our website to give you the best experience on our website. By clicking “Accept”, you consent to the use of ALL the cookies.
Do not sell my personal information.
Cookie SettingsAccept
Manage consent