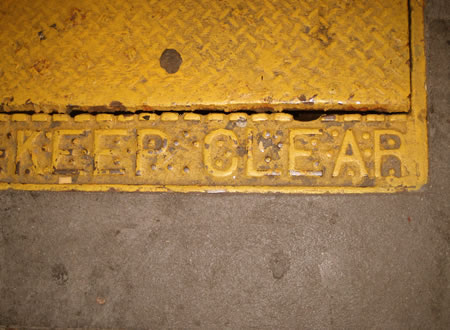 The analysis of Tweeter types: person to person, twitter profiles.

It’s good to be clear about who you are.

It’s interesting that there are emerging personality profiles, in users, that come into the webbed world of community in communications. And surely, if you’re spending any time exploring these ideas — sending out updates on your personal impressions of experience — then you’ll probably fit in to the profiling that suggests the crowded movement of visitors to a party. When you go to one, a soiree, where do you stand? In the middle, making noise, to the side, quiet and observing, ready to leave, mingling on the fringe?

Guy Kawasaki, chief evangelist of Garage.com — and of course, earlier, Apple, is a long-running analyst of trending — a quick observer of lists and categorization. We’re grateful to be ass-kickers, according to Kawasaki’s list-making.

For me, and others, list-making is an endless, spectrum-based expression — they never end, and they could never said to be complete. Others, agree.

According to Umberto Eco, the semiotic philosopher, professor and writer best known for his medieval monasterial detective story, “The Name of the Rose”, the concept of the list is more deeply symbolic to the spirit of humanity than we might understand. It’s the origin of culture; it’s part of the history of art, the genetic opening code of literature; “to make infinity comprehensible”. There’s an allure, to knowing how many. I’m not a good list-maker, but the point of thinking about gathering collective ideas for reflection is part of my legacy — and part of the way that people think — a string of stories and connections. Here are, for example, two Girvin lists:
trees and brands that will die.

But the list, as Eco refrains, is something that keeps us living towards some more fruitful and organized end — and as well — is the opening framing of civilization. A list is the way of the building of language — a list is the building of the naming of the world. But, for Guy, it would appear to be the way of organizing how to think about things. And he’s good at it.

To the tweeting persona — the vocabulary of the twitterers, their profiling, I’d offer:

A. The poet | sage. “What am I feeling, seeing, studying and how could that be expressed imaginatively?” I’d suggest that there’s one type of tweeter that focuses on the art of 140 characters, and uses that to spread words that come from the heart, that have a deeper — even selfless — message, that aren’t “recycled” quotations shot from a gattling gun of tweet. Outcome? Listen to what haiku and storytelling, to momentary reflective streams there might be: art, for a instant.

1. The Newbie. “What am I doing?” The Newbie signed up for Twitter less than three months ago and thinks it’s all about lifestreaming: “Watching my cat roll over.” These people quickly progress to a different type of use or abandon Twitter when no one pays attention to them. Motivation: curiosity about Twitter. Recommended approach: understand.
2. The Brand. “What can I get away with?” The Brand balances the tension between using Twitter as a marketing tool and socially engaging people so as not to appear to be using Twitter as a marketing tool. Motivation: greater brand awareness. Recommended approach: observe.
3. The Smore. “What’s in it for me?” The Smore (social media whore) sees Twitter primarily as a self-promotion tool to get something from people although a transparent Smore (“Bubbles”) is often a delightful person. The delusional ones are the pains. Motivations: making a buck off and gaining followers. Recommended approach: tolerate.
4. The Bitch. “What can I complain about?” Despite deriving this name from female dogs, this is usually an angry man who envies people who generate content. They can be briefly amusing in a “shock jock” kind of way, but their bark is greater than their bite, and their bite is greater than their insight. Motivation: generating angry reactions. Recommended approach: block.
5. The Maven. “What’s interesting in my niche?” The Maven is an expert in a field such as recruiting, marketing, or web design. If you’re interested in their field, following them is a rich, rewarding, and time-saving experience. Motivation: getting retweeted and recognized as an expert. Recommended approach: follow.
6. The Mensch. “How can I help?” Mensches are few and far between. They lurk in the background until people need help and then they either know, or know how to find, the answer. They are seldom well-known or highly followed, but they save you tons of time and effort when you want to know something like the ideal dimensions of a profile background. Motivation: helping others. Recommended approach: adore.

What I might suggest is that, in all of these, the poet that guides in observations of the workings of the transactive commerce of mind in imagination, moving cross domains, poetically interpreted, seen and shared in a manner that just might be an opening — just that — on the movements of the world.

Scent and sentience: brand experience in place, scent in space

Brand scent, experience design, attention and distraction. The Hollister Retail Blast | Soho, NYC. I am perpetually curious about the scent of place. Walking into any environment, I find myself scenting it -- then calculating what layers of fragrance might I be experiencing. Communicating with a colleague, about the idea of scent in the context…

The savoring of acceleration -- fast brand storytelling. Being one who is in the business of acceleration -- the development of conceptions that speed, to market, into community, audiences, guest relationships, client spaces and beyond, the idea of extraordinary pacing and planning organization is something that is a taste of living; it's how I work…
We use cookies on our website to give you the best experience on our website. By clicking “Accept”, you consent to the use of ALL the cookies.
Do not sell my personal information.
Cookie SettingsAccept
Manage consent