There’s a great deal coming out of TED — the encounters, the explorations, the connections, the learnings. Incredible really. I don’t think I’ve ever been to anything quite like it. But the mix is increasingly world focused, on the big world problems and what stories, what forms of captivation can we, as Creatives, solve in contributing to the issues of warming, pollution, and the darker vicissitudes that are facing humankind. 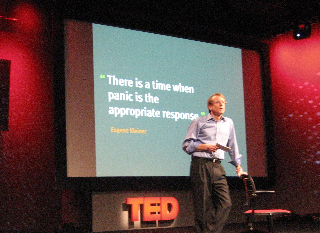 The Venture Capitalist John Doerr (Kleiner, Perkins, Caufield & Byers) — tearfully and passionately — spoke to conceptions of panic, the need to act, and act quickly, to change the direction of how our country — and many others, are exploring global warming. There’s a brainstorming breakfast on this happening this morning, that I’ll try to make.

A new interface design — literally, desktop configurations: files shuffling just like you stack things and get them disorganized on your desk, now, your computer. 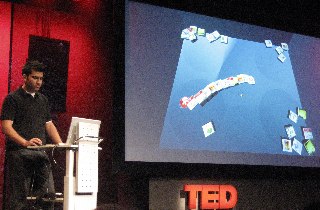 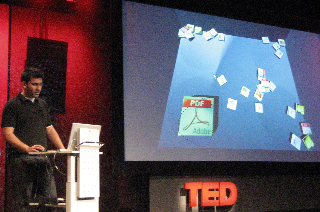 The former Minister of Finance from Nigeria spoke to the potential power of Africa — the new direction in expansion and positive growth — empowered by women in many instances. Now Africa, a continent of many separate countries and cultures is on the move. 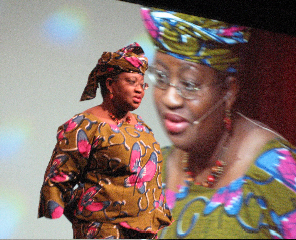 Robin Case, the founder of ZipCar.com offered a new taxation modeling for highway and automobile use, based on her experiences as a founder of a “car by the hour” internet based vehicle models, with hundreds of thousands of users, in multiple cities. Use a road, burn carbon — pay for it — billed and managed with mesh wireless technology.

The curious poet and commentator — Rives — offered a historical reasoning for the “Giacometti Code”, based on a sculpture he created called “4am”, that was, in a hilarious display of googled references, a later influence for a mysterious code to strange doings — always at 4am. Personally, I like that time. 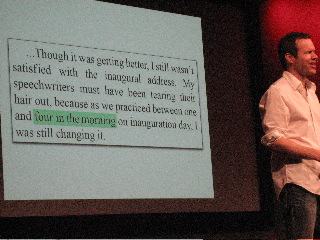 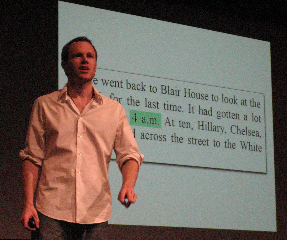 Lawrence Lessig, the founder of Creative Commons, a new modeling of copyright — based on the assumptions that the “new world” of creativity, stretches inherently the structuring of “recreativity”. (y)Our generation is more acclimatized to the concept of “sampling” and altering content to one’s own new purpose. And to this thinking, it’s a matter of defining and exploring that content — and what constitutes, truly, a new “no fly zone” rule to the extensions of creative rights and others expansions on it. 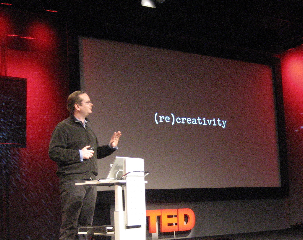 Erin McKean, the chief consulting editor of the American edition of the Oxford University Press talks about the vitality and depth of language (as a lexicographically rich modeling) that is barely touched by most people. Rarely exploring new words, and more rarely using them — or any new words, is a weakness. And you know I liked that. 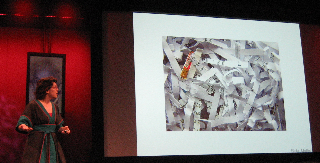 Jonathan Harris talked about his gathering tools — searching for meaning among people, world wide, based on his culling and analyzing methods for blogs and other forms of journal / imagery types of expression. 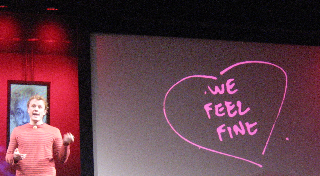 Ted Sargent, the nanotechnologist referred to his exploration of a kind of nanopaint for solar uses and even cameras. 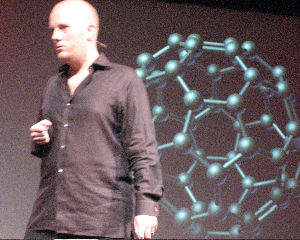 An eccentric Swedish inventor explored his beach walking “organisms” that strut on the beach in the wind, wholly self motivated. 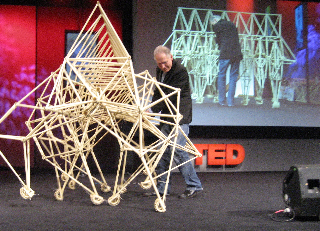 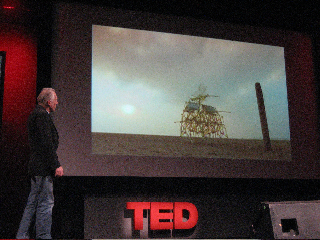 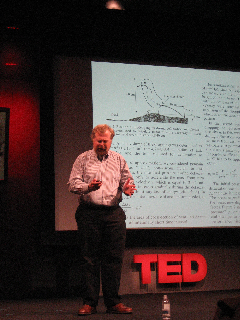 The Nike Golf team offered their experiments in golf ball velocity and collisions: 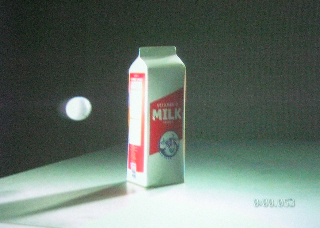 John Maeda, the proponent of simplicity in design explored the complexity of his life, that: being simple, was, in fact, hard. 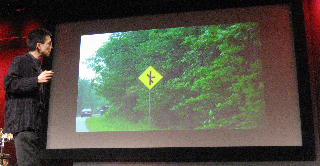 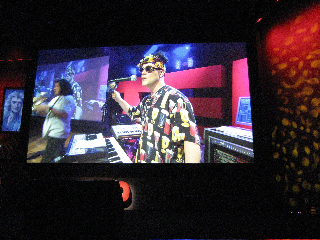 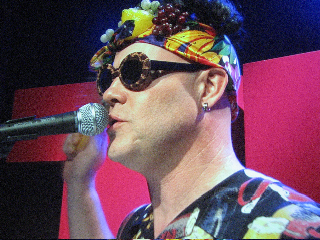 Alan Kay, the father of object-oriented programming explored learning for children in his new dream machine, a $100 computer just for kids. 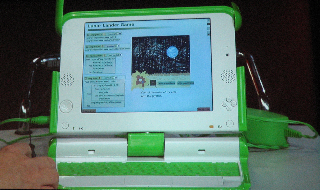 Maira Kalman explored the crazy world of her creative ethos, a meandering dream of writing, illustrating and pretty much doing what she wants to do — dreaming, mostly. 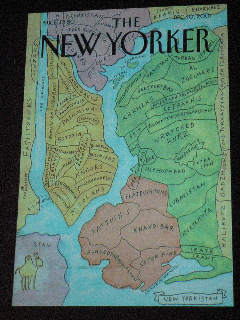 An exquisite animation of a corvid nature, from MTV. And, like the lexicographer, I liked that. 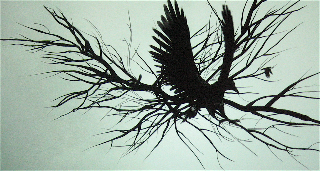 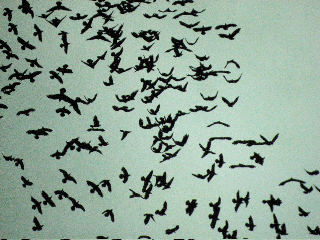 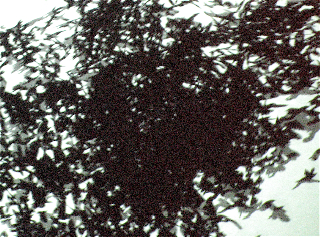 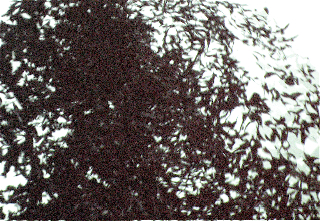 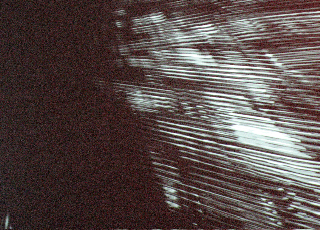 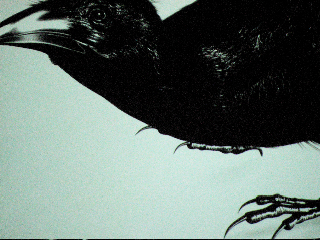 What did I learn? Be passionate, enthusiastic, have a dream and make it like there’s no other option. Than that!

I’ll have to do that tomorrow. Time to hit the hay, for another early rising.

Hi. A LOT of us write about the concepts of emotion in the context of the work that we do. We'd like to think that we know something about it. How you reach in there, capture that -- illustrate some sensate connection by virtue of text, imagery. But what about tools that are not hypothetical,…

There's an unusual component to TED, driven by Chris Anderson's visioning, and Sapling Foundation's fueling of the ultimate goal of the event, and TEDs bigger planetary role. And what do I really know about it, being a TED virgin? Not much, but what I learned. I can, however, proffer this -- to the personal telling…
We use cookies on our website to give you the best experience on our website. By clicking “Accept”, you consent to the use of ALL the cookies.
Do not sell my personal information.
Cookie SettingsAccept
Manage consent