Vampire Brands | True Blood: the emergence of the darker side. 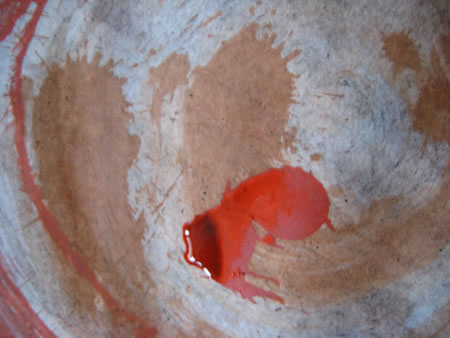 Exploring the fashionability of the preternatural (brand) 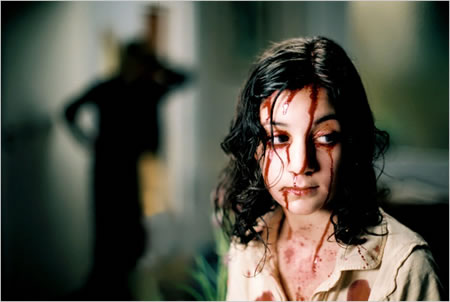 Lina Leandersson | “Let the Right One In” Magnet Releasing

I’ve made some observations in the past, about the patterning of doom — the idea that in the midst, or in the emergence of difficulty, there are other expressions that seem to filter to the surface; and while this might be considered just that, I believe that there’s more to the content of trend than mere superficiality.

Before, in studying this idea in 2008, it was about the consideration of a kind of darker character in fashion design, that in a way exemplified the challenges in the market. Is the end, nigh? 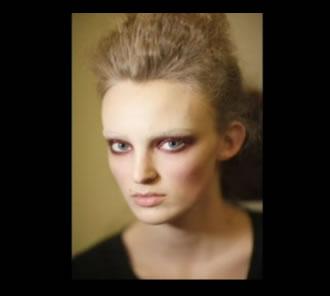 During the spring of 2008, designs in fashion from Nicolas Ghesquiere, Prada and Pilati’s Yves Saint Laurent all showed designs that spoke of an unearthly, funerary darkness — albeit stylish. Dark style. A beautiful dark style. Is the concept of such fascination the idea of a symbolic design gesture to cultural closing? 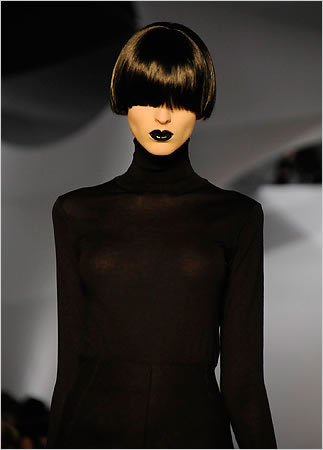 Or is there another intention, to the idea seeking out, exploring as it’s been expressed, “the dark force”. It’s been widely intoned that for every lighter side, there is a balancing contrary dark one. 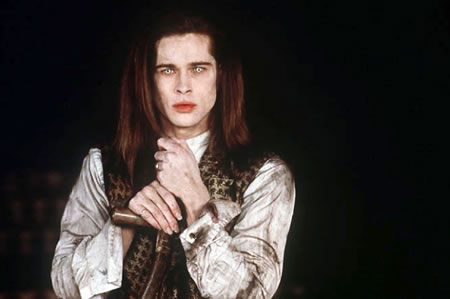 But this impression of fashion leading the way, in design and brand, to capture the sense of the dark is generally balanced by another that relates to cinema and the intonation of storytelling resonance. That resonance is on the rise, surely. But it’s perhaps part of a sultry patterning — I first came in contact with during the 80s. 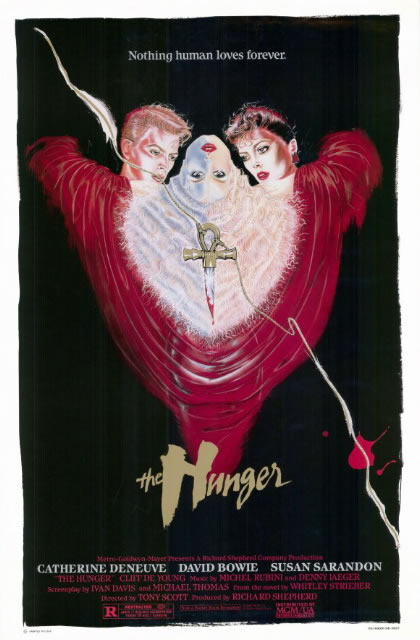 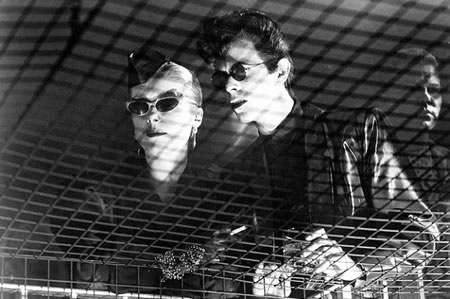 Catherine Deneuve and David Bowie in “The Hunger” | MGM/UA

She’s thirstily drawn to Susan Sarandon, a specialist in sleep and longevity. (Tony Scott, for whom I worked on the Hunger, has offered that a sequel is in the writing stage.) 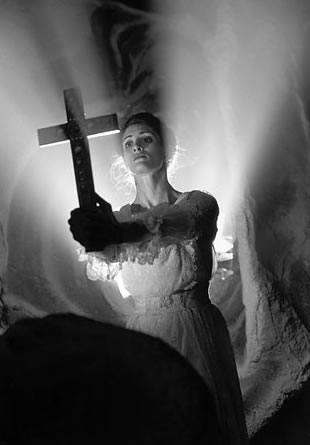 The undead of “The Hunger” were blessed — or cursed — with riches, hauteur and the kind of indestructible good looks aspiring glampires can only dream of. Their modern counterparts come from every stratum of society and appeal to an array of psycho-sexual preferences. I’d venture the idea of style equated with the idea of night stalkers came from the very beginning of the cultish appraisals of the very early expressions. 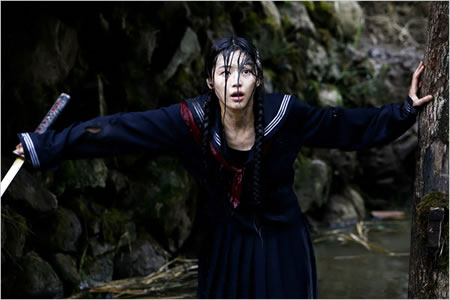 Ruth La Ferla, of the NYTimes, set me thinking about the nature of the fashion stream and newly revitalized return to vampire hipness — that has a way of becoming a brand. The story, as ever at the heart of branding, becomes ever enlarged, yet still built on legacies of tale spinning that have lasted more than a century in the common parlance, and began in the original thread from Irish author, Bram Stoker, first emerging in print in 1897. 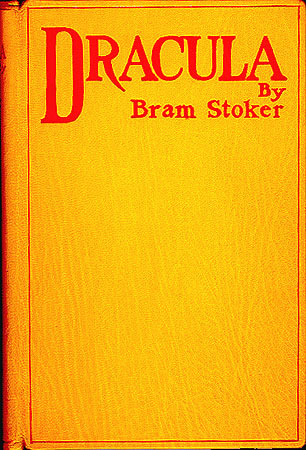 La Ferla’s reached to the heart of the character, that has more recently caught my attention in the styling of HBO’s True Blood, “Sookie Stackhouse, the feisty young heroine, risks doom whenever she visits with her otherworldly beau. And Oskar, the adolescent misfit of the Swedish art film “Let the Right One In,” a favorite in fashion circles, courts extinction each time he ventures out with Eli, the eerily ageless shape-shifter he befriends. 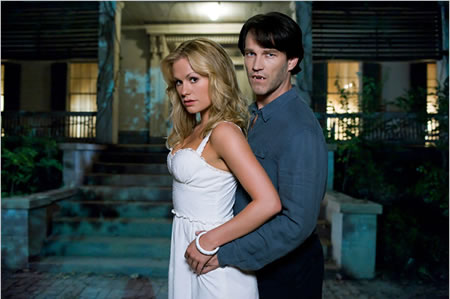 Sookie and Oskar are in the throes of vampire lust, a pop-culture contagion being spread via television, films and fiction. What began with the Twilight Saga, the luridly romantic young-adult series by Stephenie Meyer, followed by “Twilight,” the movie, has become a pandemic of unholy proportions.” 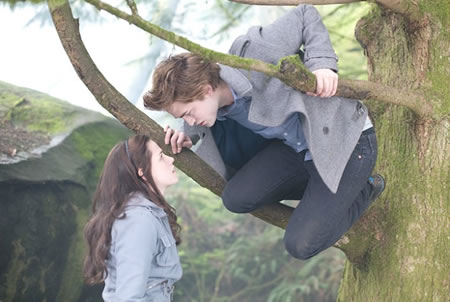 As she points out, it’s rare that the undead have looked so fabulous — their ethereal cool and perpetually youthful sexiness suggest something that is dream-like, even happily aspirational: live long, live beautiful, be bad. And during these times when many of us rarely have the time to do anything but focus on being resolutely good, the idea of being able to drift to the darker side of savoring the saucier side of experience. It’s literally, a fascination – in the original context of the word, truly: bewitching. 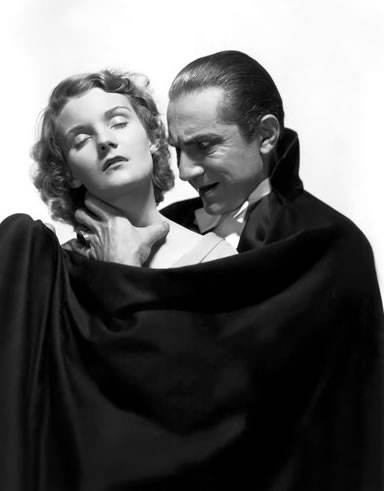 What I’d suggest is that as might be expected in the brand machinery between editorial, literary, cinematic “trend” development, the potential to bridge an series of product conceptualizations is commonplace — but, being the kind of explorer that I am, I wonder about the patterning, the psychic turning that it represents. And it’s my brand instinct, so to speak, that there is a archetypal connection in this recurring emergence — that the darker side of persona is always something that balances the lighter side of experience. That there will always be a contrary, less than positively luminous attribute to who we are, and how that relates to the sentience of humanity — and when things are more challenging, we might turn to that, as an absorption of the goodness that we try to harbor. Dark emerges in the darker; and light then becomes more luminescent. 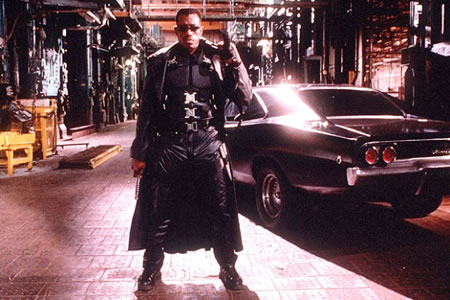 The idea of a metaphorical connection between story, brand and humanity is a long running affiliation and the link to brand and story, for Girvin, is the foundation of how we think. We think that way because we believe that’s the way that people think. They recall more in the context of story — and brand — when they are aligned. That might be in the construct of product placement — as one modality; and it might be another, when the story and the brand are intimately intertwined — because, in that instance, the story comes from the heart of the brand. 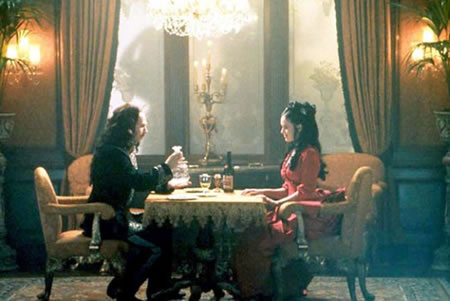 In this manner, there are distinct links between the trend, the story, the brand — that stretch into the complexity of other media. And it’s never merely about the media, it’s the message. And brand, as message, is a storytelling. In a way, an exemplar to the concept of brand, story and sanguivorous tellings might be one in a thread of vampire legacies. 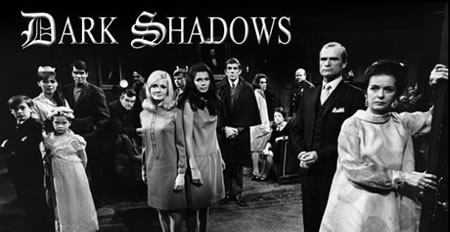 One might consider that the 60s television show, Dark Shadows, created the opening reach to mass audiences. Tim Burton is even considering the idea of a return to this story — Johnny Depp fulfilling his life long dream in playing the role of Barnabas Collins. That alignment extends. 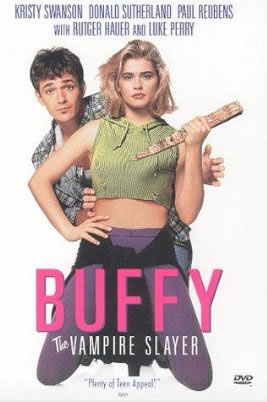 Buffy the Vampire Slayer was another brand (1992 as a film, then a TV series 1997) — a story that lasted a number of seasons and spawned, so to speak, a grouping of other more “humane” inhuman tellings, where the notion of being eternally dead, alive, was a state of being that people could emphasize with. 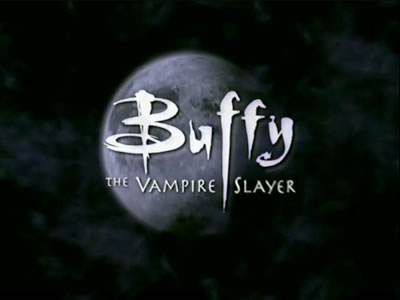 And that’s the point to the nature of the trend. 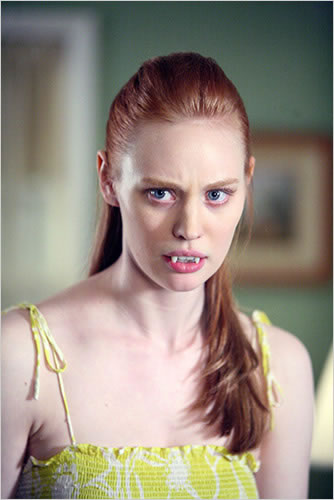 But the brand that has turned the trend, albeit with an insanely inventive pre-marketing campaign that was truly destined to turn audiences to true believers is True Blood. 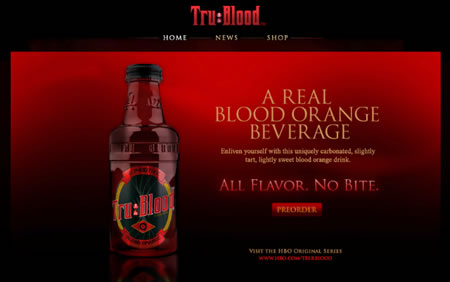 That, along with a fabulous opening titling sequence engineered by friend Paul Matthaeus and his team Digital Kitchen. 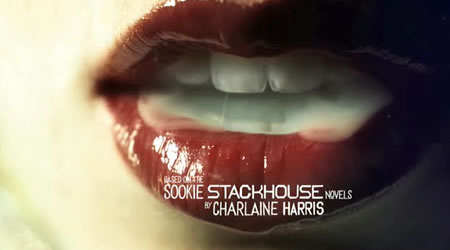 Speaking of expanding the notion of the metaphoric equation of audience fever and compulsion for the darker side of trend, True Blood is credited with nearly balancing the books at HBO’s numbers analysts. Gina Bellafante notes that this passion is expansive, “here we are in the summer of 2009 with the rage for “Twilight” continuing, the vampire movie “Thirst” claiming this year’s jury prize at Cannes, the supernatural series “Being Human” on BBC America, and others arriving on CW and AMC.” 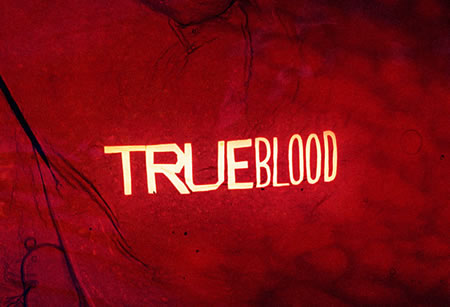 A backgrounder on the True Blood legacy is literary, “the Sookie Stackhouse novels by Charlaine Harris, which inspired the series, currently occupy seven of the top 20 spots on The New York Times’s paperback mass-market fiction best-seller list. The show, a mishmash of Flannery O’Connor aspirations and Anne Rice pop blood hunger, threatens to surpass “Sex and the City” as the most-watched series in HBO’s history after “The Sopranos.” 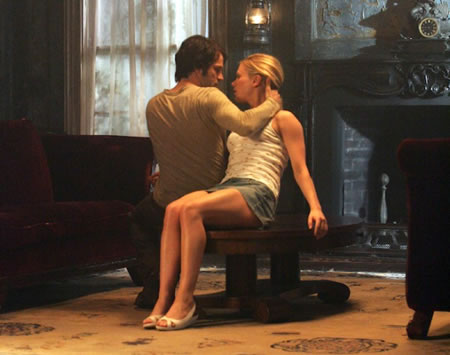 That sex equation is the identifier, it would seem, according to Bellafante’s assessment, True Blood “isn’t interested in what we buy; it cares whether we really are who we sleep with. The sex is served in such luridly voluptuous, viewer-satiation-guaranteed portions that the show feels like nothing else on television, by which I mean television that isn’t available exclusively on $15.99 hotel-room pay-per-view. “True Blood” is also like little we’ve seen on the larger screen in years, a vestige of the ’80s forged from the musings of Adrian Lyne and the camera of David Lynch at a time when studios, unburdened by the need to sell DVDs at Wal-Mart, submitted to greater sexual permissiveness on film.” 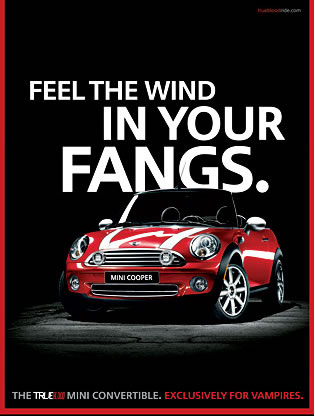 The political lines and cultural character of the spots are lively with allegory and trended reference, a congressional candidate that (gay bashes) vampires (yet thrives on V, vampire Viagran blood, Vampire rights ads, True Blood being sold as a drink for enhanced pleasure (Type O), right wing segregationist strategy (countered with incipient degradation from the righteous proclaimers) — “Vampires have taken our jobs and our women, and their very blood turns our children into addicts, drug dealers and homosexuals!” 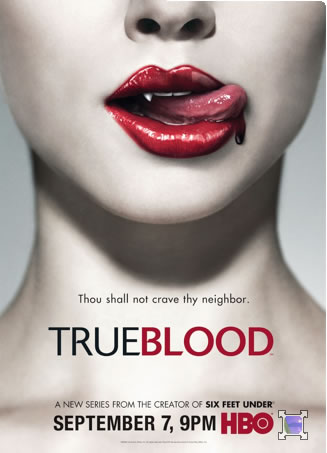 The point is that there’s a thriving market for the vampiric — for the last hundred years — and seems to cycle in and out; I can’t personally fathom the fashionable character of their return, yet they do, come back from the dead, on time, to match the experiential trend of the moment(ous). 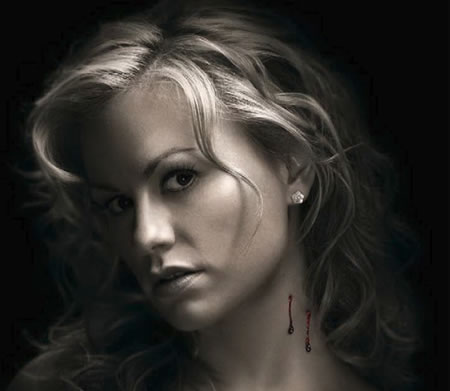 True Blood — and the entire legacy of “brand stories” that are currently bleeding in the market, so to speak — speaks to a character that literally millions of people are clamoring for. Sex in the City, by comparison, is child’s play. Seeking the dark, when the light is dim?

THE WANDERER | METAPHOR IN EXPLORATIONS

I've been thinking about my path, your pathway, the wander, the wonder. And I've been contemplating that -- the journal, journey -- in the sharing community. Content, containment, contentment: found. A Wanderer stone, drawn on hardened clay, smoothed by the sea, with scribed details, set in the crux of a Yew tree, Decatur Island. And…

What, the logos, speak?

Brand identity, integration, story and truth. I've spoken about the reach to true brands. What are they, what resonation have they with audiences and who cares about the story that they promulgate? I'm looking for true brands; and, in my own work, I'm looking for truth. There's a bigger challenge, during the obfuscation of these…
We use cookies on our website to give you the best experience on our website. By clicking “Accept”, you consent to the use of ALL the cookies.
Do not sell my personal information.
Cookie SettingsAccept
Manage consent