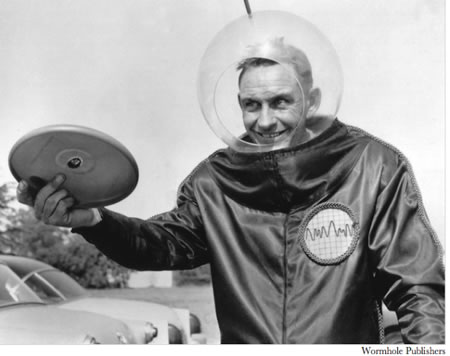 The Frisbee was one of those progressively personal, explored brand creations — enthrallments that went from basic object, a toy for a kid; elementary school student, and an obsession of flinging skills; in high school and college, a girlfriend acquisition and impression tool. Everyone had one. The disk, with increasing gymnastic skill and spinner pyrotechnics, could be an object of athletic entertainment, for the appropriately intrigued high school or college woman. My strategy at least, in tactics unfolding…

The point was, after time, studying the competition out there, to beat the best became not only a lesser possibility, but looking at where things were going — in terms of physical prowess — was moving from the sublime to the nearly absurd. Catching gestures, continuous spinning, flings, flips, somersaults and rolls — the awkward nature of the toss became something more of a circus act and more clown-like than graceful.

Wham-O did not. The Frisbee might’ve become the most widespread toy in the world. Morrison, who recently died at the age of 90, was the inventor, Wham-O, the global marketer. To the obit in the NYTimes, “Beloved of man and dog, the Frisbee has for more than half a century been the signature product of Wham-O, a toy and sporting-goods manufacturer based in Emeryville, Calif. The company has sold more than 200 million of the discs since acquiring the rights to Mr. Morrison’s Pluto Platter, as it was then known, in 1957.” According to legend, and disputed by Walter Frederick Morrison, he “sent the lid of a popcorn tin skimming through the air of a California backyard and as an adult remade the lid in plastic, in the process inventing the simple, elegant flying disc.”

The concept of hurling a disk is actually ancient, but Morrison’s spin made the object nearly ubiquitous, as the patent was acquired, purchased by Wham-O and tuned and redesigned to further expand its aerodynamic character.

Wham-O renamed the Morrison innovation to Frisbee in 1958, allegedly influenced by the Frisbie Pie Company in Connecticut, whose tins Yale students hurled for sport. Morrison seems to discount that (popcorn lid), in his autobiographical exposé of his life as a millionaire inventor of the “Frisbee”. The secrets to this legacy could be found in his book, “Flat Flip Flies Straight”, published by Wormhole Publishers. A Westerner, and Californian, whose easy speaking, plain truth ways of expressing himself could be mistaken for gruffness, Mr. Morrison hated the name change.

“I thought the name was a horror,” he told The Press Enterprise of Riverside, Calif., in 2007. “Terrible.” (Before perfecting the Pluto Platter in 1955, Mr. Morrison had defined his earlier nomenclature for the spinning platter Flyin’ Cake Pan, the Whirlo-Way and the Flyin-Saucer.)
But accumulating wealth ensued, as his royalties stacked up — realizing millions of dollars over the years — Mr. Morrison revoked his “name positioning” on “Frisbee.” He was happy flying planes and racing horses.

I do, as well, recall the mysterious code of the brand — the underside messaging, ‘collect all of the discs and learn the truth!” These almost sound like haiku puzzlements, laden with Zen abstraction, and obscure meaning:
Tilted Flip Curves — Experiment!
Play catch — To Fly, Flip Away Backhanded
Invent Games
Flat Flip Flies Straight

One of the beauties in the story of this brand, aside from the marvelously human aspects of its invention and the power of its evolution (for thousands of years, no less) which can be studied in his book, as well as other sources like the overview in the NYTimes, is the fundamental simplicity of its proposition. Like a handy, catchy tune, it’s a song that stays in the heart forever. And the wrist. Good or bad, picking up a new heavier weight model of the “flying disk”, I found that I could still toss it out in that long and sliding arc, spinning in the cosmic ellipse of gravity, sunlight, wind and a sloping lawn, to be the real recollection of a simple, entirely uncomplicated game and exercise. And, in that memory of simplicity, an earlier life that was similarly unfettered by the technological obfuscations of the present reality, the battery running out of this computer in only a matter of moments. 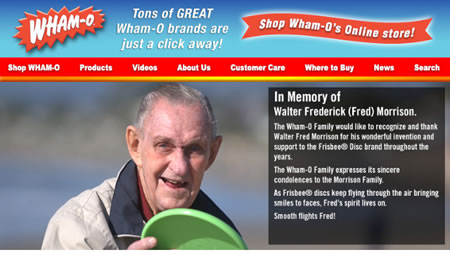 There you have it, the entire stride of human action.

Steve Jobs, iPad and the persona of innovation. In the past, I've explored the idea of the human brand, a persona driven organization type that focuses on the character of central leadership in defining brand approaches to enterprise and marketing expression. The idea of person, alone, driving a brand isn't new. Brands are made by…

Image credit: Matt Hagen Exploring the concept of human branding, foundational leadership, evolution and Seattle BioMed. Working in a long string of partnerships, with founding board members, executive committees and scientists, from the early 2000s, then 2004, then presently, our teams have been honored to work with Ken Stuart and his team at Seattle Biomedical…
We use cookies on our website to give you the best experience on our website. By clicking “Accept”, you consent to the use of ALL the cookies.
Do not sell my personal information.
Cookie SettingsAccept
Manage consent