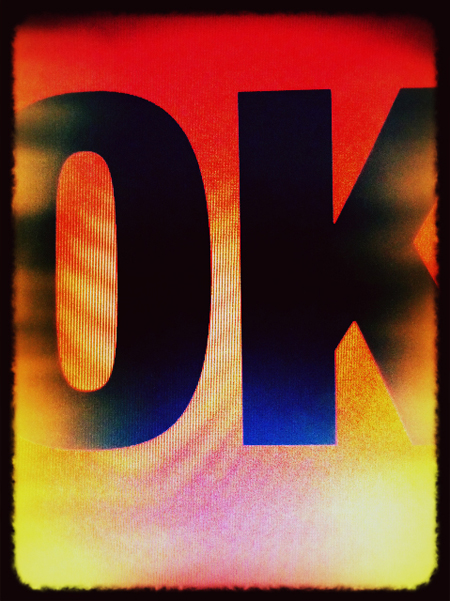 Being a teacher, there’s the line in the sand — the pass: it’s okay; the fail: it’s not.

Being a strategist, a designer, a writer, plying the work of creative intelligence — the yes, the no, is always on the line.
(A) OK.

Persistence pays. What the central thematic point of analysis comes down to the final gesture of concern — make it, break it.
Bake it, brake it.

Someone leads to the presumption of the state of okay-ness.
Let’s go, make it so.

The solution is either right, or wrong (to the finalized nature of results) — but still subject to the instinctual eyes and mind of the leader. Who’s out in front, who’s leading, who’s willing to take that charge? In the middle of any effort, the potential of research will qualify the thinking (designed, or not) and the point is — “what do people think?”

Someone has to take responsibility — “based on the evidence, this is what I recommend.” But, time and time again, after thousands of dollars of tests, global insights, prototyping, consumer analyses, network review and anthropological/ethnographical considerations, the point is — “what do you think, are we going to be… 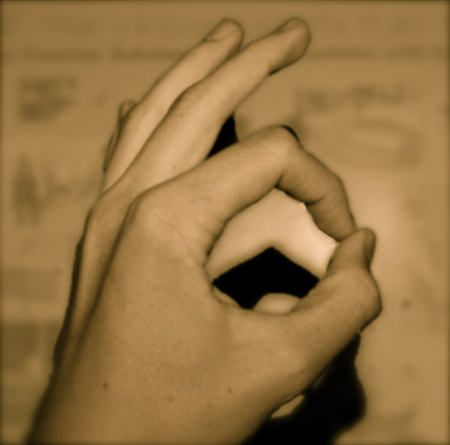 What is okay, really? The idea really being that — to that time period — OK was a state of wellness, and rightness; it was a good thing. But in making the call, the final decision will likely be with one person, one team, that listens, watches, pays attention, syncs in deeply to the challenge to answer the question to get to the okay that will be the amalgam of instinct, insight and the brilliance of experienced, creative intelligence.

OK — in a note from friends at the OED, said:

Forms:α.   18– O.K.,   18– OK,   18– o.k.,   19– ok. β.   18– okay,   19– okeh,   19– okey.
“Etymology:Apparently < the initial letters of oll (or orl) korrect, jocular alteration of ‘all correct’: see A. W. Read in Amer. Speech (1963). To Read’s appraisal, “O.K.” first appeared in 1839 (an instance of a contemporary vogue for humorous abbreviations of this type), and that in 1840 it became greatly reinforced by association with the initialism O.K. Other suggestions, e.g. that O.K. represents an alleged Choctaw word oke ‘it is’ (actually the affirmative verbal suffix –okii ‘indeed, contrary to your supposition’), or French au quai, or Scottish English och aye, or that it derives from a word in the West African language Wolof via slaves in the southern States of America, all lack any form of acceptable documentation.”

For a long time, almost since the beginning of the word usage, there has been debate about the origination of the expression:

1790 “A court record from Sumner County,Tennessee, discovered in 1859 by a Tennessee historian named Albigence Waldo Putnam, in which Andrew Jackson apparently said: proved a bill of sale from Hugh McGary to Gasper Mansker, for an uncalled good, which was O.K.”

1840 Lexington Intelligencer 9 Oct. 3/2 “O.K. Perhaps no two letters have ever been made the initials of as many words as O.K.‥ When first used they were said to mean Out of Kash, (cash;) more recently they have been made to stand for Oll Korrect, Oll Koming, Oll Konfirmed, &c. &c.

As we contemplate the times that a client — whether any of the colleagues noted above — makes the call to direction, text, messaging, considerations of strategic, or brand tactical outcomes, the digit tracery still stands. The state of “okayness” — hand gestured.

To the mudra of the fingers circled, forefinger and thumb — it’s an o. And a k.

Energy, focus, attention, connection -- what is the energy that's set, on the context of driving forward; uncovering the new? That is personal. That's brand. That is human; that's enterprise. "energy is eternal delight" -- it is the captivation of attention and spectacle, because it's sensible, it's felt and the touch of energy brings a…

Meanings and signing. A Signing -- Meaning. Signs that Mean. By Meaning, the Signing. Signage as the wayfinding of furniture. –––– A friend sent me a string of images -- no reference to who, where, what, from. I apologize for not having the complete credits, but I'll hope to offer that gesture in closing. But…
We use cookies on our website to give you the best experience on our website. By clicking “Accept”, you consent to the use of ALL the cookies.
Do not sell my personal information.
Cookie SettingsAccept
Manage consent