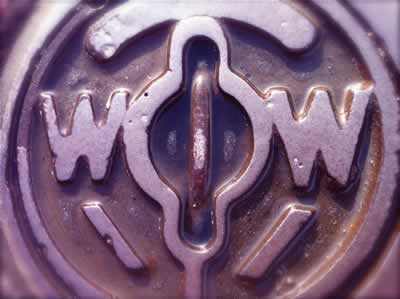 Girvin image above: a streetside wow,

I was writing a proposal and overview for a client. And I used the opening:

That was the first word. I contemplated that, an opening — wow! What is that?

I was thinking about the sound of that word —

how it makes your face, mouth, pop and contort. Saying wow is a wowness.

It made me contemplate the concept of wow. What is the meaning, the history — wherefrom, wow?

There isn’t much behind it, but the legacy of the word comes from my own heritage — a scottish exclamation: “wow!” An interjection — from the latter 16th century, the wow is as it was: amazement. That idea – the wowness is kind of akin to the spectacle of the maze — the labyrinth running, turning round and back again, leading the wanderer to the place of –

Wow, wasn’t that something?

To the western sense of awe and delight, that word wow is recent — the 1920s. And the equation of wowness with success is something else — she “wowed” them.

The state of wow is a condition of being in a stance of awe — as any spectacle will offer — it’s the grandeur of scale or an exquisite diminution that can call wowness.

Personally, I look for signs of the wowing. There is a wow code.

Which might be anywhere. And it’s very personal, experiential. What is your wow?

When you think of the word —
what comes to mind for you?
Grandeur,
extreme beauty,
boom,
nature wonderment — experiential astonishment?

The challenge of wow is the degree of opening curiosity. Surely those that are hiply exposed to the running sprit of hippest culture will have another sense of the wow factor that will be different than others.

I think that we should all be looking for wowness, in our work, our lives and our quest for magic.

With this, I’ll pick up the pace, and look for more.

Onboard from Florida, flying over South Dakota.

Wow, whiteness out there.

Captivating experience: to enchant, to engage, to embrace customers; the journey of layered brand messaging, visualization and experience design

What do you know, anyway? Enchantment, engagement and embracement in the layering of brand messaging, visualization and experience design. The quest to know? The mystery of mind, message and meaning. What about that question, I was contemplating it — someone asked me: “well, what’cha know?” And I contemplated the depth of the question. It’s just…

The Sign and the Symbol, the Signal of the Sigil -- Rudolf Koch's Book of Signs

Strategic Magic, Designed Mysticism, Metamagical Thematics. It’s been said that illustration, the real meaning of the word is a shining — to illustrate is “making bright.” But also — to purify. The image above, a sigil of the Heptameron Arbatel, Peter de Abano, 1575. In a manner, thinking about illustration as a craft of communication…
We use cookies on our website to give you the best experience on our website. By clicking “Accept”, you consent to the use of ALL the cookies.
Do not sell my personal information.
Cookie SettingsAccept
Manage consent