What’s the connection to the notion of world-ending sagas?

I’d venture that there’s a fascination with the idea of the end of the world — people are attracted to it — and the question might be: why? Why would the world end — and what would it be like? And what would someone do about it?

Run, maybe. But there’s a patterning that Girvin’s explored, in the idea of marketing expressions of “end of the world” visioning. From Karl Lagerfeld — and a range of dark fashion foreboding — mad designers at the end of the world — nightshade characters, transposed among the living — to Timur Bekmambetov’s and Tim Burton’s 9.09.09. 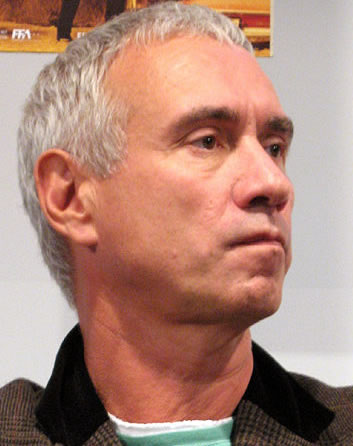 Roland Emmerich, who’s a specialist in recent “date-related” movies (the last three, at least: “The Day After Tomorrow” and “10,000 B.C.”) has a particular drive for the fascination in movies that are positioned around dates (time) and dissolution, coupled with extraordinary spectacle. The string being dated disasters. But like the drive to drama, or horror, or any other otherworldly escape, the promise is for change. Being, out there, someplace else. Entertainment is spectacle — something striking for the eyes: amazement, at the most fundamental level; and that’s change. And that’s “holding attention”. The conception of entertainment — from the legacy of the word itself is “holding” (from the latest registration of the word: around 1475, “to keep up, maintain,” from Middle French — entretenir, from Old French entretenir “hold together, support,” from entre– “among” (from the Latin inter) + tenir “to hold” (from the Latin tenere). And it’s clear that many are held.

Sony’s happy. Worldwide: $225 million opening. Nice — especially for a film in which pretty much everything metaphorically “ends”.

“2012″ came in — domestically — just short of the $68.7 million opening weekend for “The Day After Tomorrow.” To an additive commentary, Sony reported that its global total was the best ever for an original movie not based on a brand, an established franchise, or a best-selling novel. Let alone the added intrigue of an overbearing assault of the U.S.S John F. Kennedy aircraft carrier on the White House. 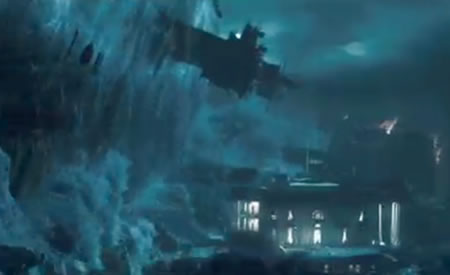 The estimation of ticket sales for Friday through Sunday at U.S. and Canadian theaters, according to Hollywood.com. Final figures will be released today — I’ve not seen them yet. Or found them. Here’s the break out.

There’s another audience-facing tactic that is an intriguing element in the overview of the theatrical marketing and brand development. Emmerich, who professes a love of simple-minded films that are popcorn-poppin’ fun for theater goers — nothing too complicated or smart, in terms of complex thematic story development — has found that a “science-fiction” positioning is a desirable thread in his creative production. “Stargate” was a big winner for him, with a compelling opening launch and handsome global receipts — while “Godzilla” failed in the market by comparison. Still, the effects of “Godzilla” — which might even harken back to his opening inspiration of “Star Wars”, literally changing his direction as a college student — might’ve set the pace for his visioning of disaster. Size does matter.

Thematically, really, there’s no positioning that suggests that now is anything less than difficult from earlier “difficult” times. In fact, the run of disaster films has been a long-running tradition, heading back decades in cinematic heritage.

But the point of differentiation now is the idea of marketing disaster as a string of promotional ploys. While it’s been suggested that Emmerich’s got a bent to the positioning of global warming, it’s curious that not one of the marketing efforts makes any effort to reach in that direction, supporting some more defined efforts in explaining the circumstances of our emerging (icy) dissolution.

Instead — a folio of world-ending marketing potentials: 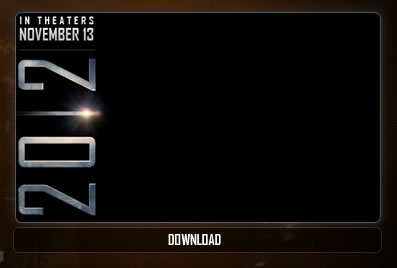 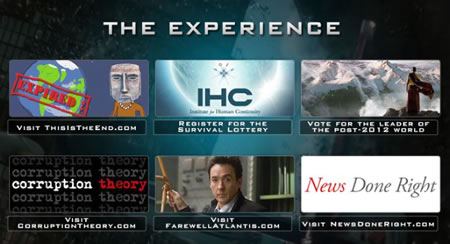 Question is, who will survive the marketing onslaught? In my own experience, working as a theatrical advertising designer and identity consultant — it’s all about the show — the very character of brand development in cinematic promotion can be spelled in this phrasing:

That is the key driver — make “them” believe. And they will be transported. The heart of the story: a portal to another level of belief — movement out there, away from here, another place made…

Go someplace else, for an hour or two.

The Dance of Life: Enterprise, Brands, and Storytelling

Notes on the choreography of experience: brandstories, the art of dance, life and business entwined. A long and complex titling, that is; but it's the title for an exploration on the alignment between dance and fire, and movement, and life, and love, and passion. All that. I would venture that the idea of some link…

Tim Burton at Moma | The Art of the Hand, the Mind, the Imagining

Exploring design, art and imagination: motion picture branding, Tim Burton, and the legacy of Girvin identity and cinematic brand design. Tim Burton, MoMa, what a nice idea. As a designer for Tim Burton, I will offer that I never had the chance to meet him, work with him, live -- side by side. But, sometimes,…
We use cookies on our website to give you the best experience on our website. By clicking “Accept”, you consent to the use of ALL the cookies.
Do not sell my personal information.
Cookie SettingsAccept
Manage consent